Jump to latest Follow Reply
Menu
Install the app
You are using an out of date browser. It may not display this or other websites correctly.
You should upgrade or use an alternative browser.
Crusader Kings II 69466 Bug Reports 19673 User Modifications 10465 Suggestions 5868 Tech Support 6318 After Action Reports
Previous dev diary Next dev diary
Show only dev responses
It's time for the weekly dev diary and this time it's a biggie, as we proudly announce Horse Lords, the new Crusader Kings II expansion! So what makes the proud rulers of the endless steppes unique? Well, in short, their relative lack of permanent settlements. This expansion gives the nomadic peoples of the steppes a unique type of gameplay which is not centered around Castles, Temples and Cities at all. Playing as a Nomad, you are allowed to conquer and even own normal Holdings, but they are worth little to you except as vassal cash cows. What you really care about is more grazing land for your sheep and horses. Thus, nomad hordes simply have a total population, which grows relative to how many empty Holding slots exist in your provinces (steppe provinces are best, but some other terrain types are also acceptable).

A large fraction of your total Population counts as your Manpower, which is used to raise your regiments (much like the Retinue system.) Of course, if all your fighting men are dead, it will be a while before your Manpower replenishes! War on the steppes is fast and fluid; you only occupy an empty province for as long as one of your armies is standing there, or if you build a fort there to lock it down... and even then, you do not get much war score from the open wastes.

This brings us to the one Holding that actually means a lot to the hordes; their capital. Each nomad clan can only one of this special holding type, but there are more upgrades for it than any of the regular types, and these improvements have more unique effects too... To really defeat a nomad horde, you need to occupy their capital (or decisively beat them in battle, of course.) However, Nomads are allowed to move their capital around often; and that means they actually pull up stakes, 'buildings' and all, and move the whole thing to another location!

Another special twist to the nomadic hordes is that even in defeat, they are still dangerous. Should a horde lose its last province, the tribe will still exist, and may use its remaining armies to conquer another land in which to settle. Naturally, nomads can choose to settle on a more permanent basis, by completely switching over to a Feudal, Tribal or Republican lifestyle. This is done by special decision, reminiscent of how Tribes work.

Now, as the astute among you might have wondered, Crusader Kings is largely about managing your turbulent vassals, so what replaces that important gameplay aspect for the Nomads? The answer to that, my friends, is the Clans, and that will be the subject of next week's dev diary! Until then... 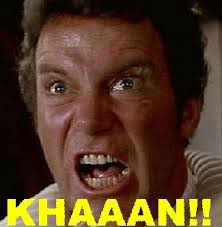 First! (Because I had to unlock the achievement, damnit!)

If the retinues need to replenish after taking losses will it cost manpower?
Reactions:

The little purple gems in the first portrait are... cute.
Reactions:

Yes!!! Steppes/Mongols HAD to come next. I felt it in a dream many moons ago when threads were speculating about what came next. It is as it must be. I am so calm, content, happy! Thank you thank you.
Toggle signature
Working so hard. Getting tired. 16 years to Medicare and social security. Can I retire yet?

Also, phthalates have been linked to an increase in early death.
Reactions:

Ooh, looking forward to the next dev diary. I'm awfully excited for nomads, however I'm curious to see whether or not clan mechanics will be applied to other appropriate cultures as well. c:
Toggle signature
I can't wait to pay for everything in CK3 that I've already paid for in CK2.​
Reactions:

I like the mention of tribes moving to new lands if they lose everything. Should make it easier to move into Europe as a tribe that typically gets wiped out.
Toggle signature
Many of my posts are sarcastic or satirical and do not reflect my views or the views of my malevolent paymasters.
Reactions:

I don't like the greenish colour, could you change it?

Where is the promised piece of change log?
Toggle signature
Has a dog Buddha-nature?
This is the most serious question of all.
If you say yes or no,
You lose your own Buddha-nature.
Reactions:

This is wonderful. No more hordes just appearing via event? It looks like they grow organically from expansion, and turn into an avalanche now.
Reactions:

I am so excited. I am actually on a Mongol fix in CK2 and currently my Mongol Empire has gotten large and to easy. Perhaps this will give me a better challenge... I am quite excited.
Toggle signature
Projects:
The Four Nations - An Avatar: The Last Airbender Mod CK2 Coming Soon
Reactions:

Also, do Horde reform into Tribes if they're on their own, or can they jump to something more advanced if they have civilized vassals?
Toggle signature
"The more I studied that record, the more convinced I became that the job of the historian is not to pass judgment, but to try to understand." - Ludwell H. Johnson
Reactions:
M

Wait, empty provinces?
Does it means we now can have provinces with no people at all?
That's big if that is true!
Toggle signature
My Indonesia Suggestion (updated 27-November-2017): https://forum.paradoxplaza.com/forum/index.php?threads/indonesia-suggestion.1026426/
Reactions:

I really am looking forward to the migration aspects of this dlc ... I'd love to take the Magyars to Persia or the Cumans to Holland The Mongols might migrate to Ehypt in one of my playthroughs and the Turks will one day reach Britain ... Khan Arther getting his composite bow from the Lady of the Lake! Yes.
Reactions: