Menu
Install the app
You are using an out of date browser. It may not display this or other websites correctly.
You should upgrade or use an alternative browser.
Europa Universalis IV 74593 EUIV: Suggestions 15721 EUIV: Technical Support 5555 EUIV: FAQ & Strategy Guides 176 EUIV: AAR's, Let's Plays, and Fan Fiction EU IV: Alternate History Short Story Contest Contr 26
Show only dev responses

Hello everyone and welcome to another development diary for Europa Universalis IV. I’m not sure how many times I’ve written these exact words in the last 8 years, but this time it is a special one. It may not be to announce an unprecedented new feature, or to tell you guys that having two consuls in rome is a stupid idea, or anything like that..

Today I’m here to introduce the new team for Europa Universalis IV. This summer we started up and recruited for a new studio based in Barcelona to take care of the game. While Starnan and Neondt having left the team this summer, Groogy is still part of the EU team, working as game designer and programmer with us.

So Paradox Tinto, who are we? 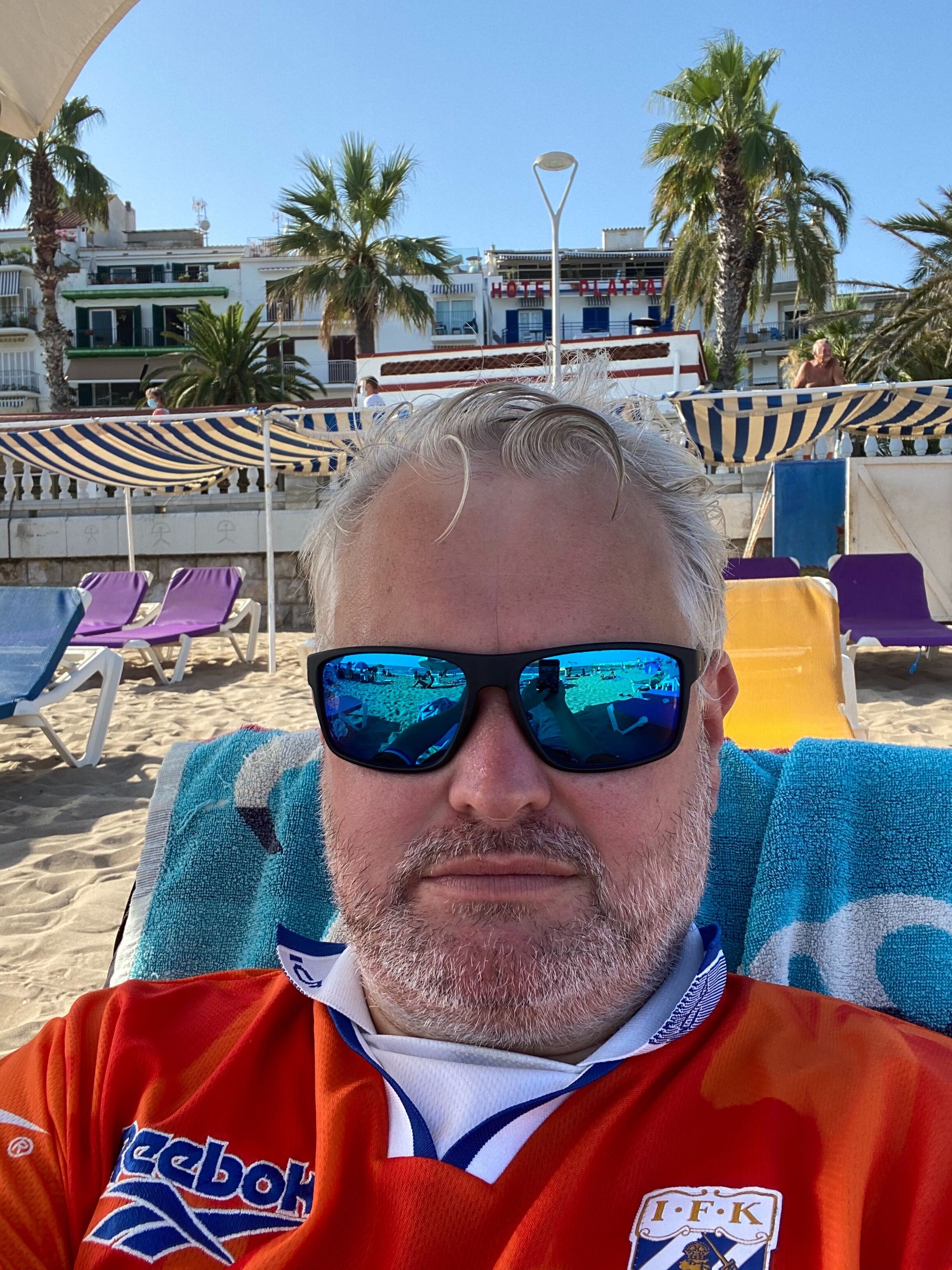 Johan Andersson
I suspect most of you know me by now, but for those who don’t. I’ve been here since 1998 and was one of the founders of Paradox, and ran PDS as Studio Manager for 15 years, and have spent the last 5 years as a creative director there. Now I am here starting up a new studio in a new country, and this is something I’m super-excited about. 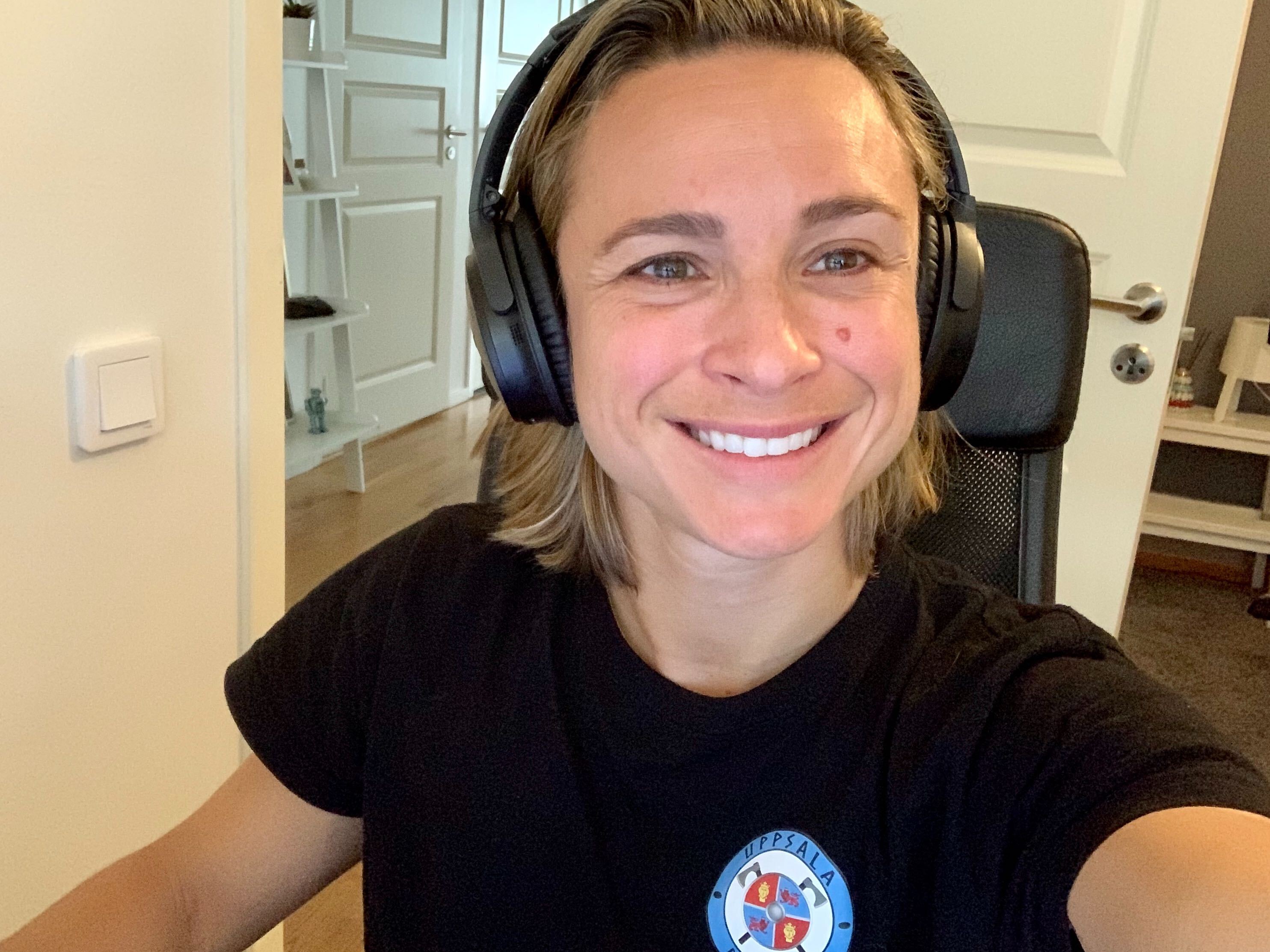 Sonia Linares
Hola! I am Sonia Linares, Studio Operations Manager at Paradox Tinto.
I started my career within the Video Games Industry over 11 years ago in Madrid. During all these years, I have worked with a multitude of AAA games and a wide range of development Studios across the globe. I also have been lucky enough to be part of different departments & functions like Publishing Operations, Product Launch, Central Development Services -Age Ratings, Localization, Certification and First Party Submissions- .
I am sure that running Paradox Tinto (Barcelona) with Johan Andersson will be one of the most challenging, enlightening and fun jobs I have ever had!
Other than that I like sports, traveling and I love sweets. 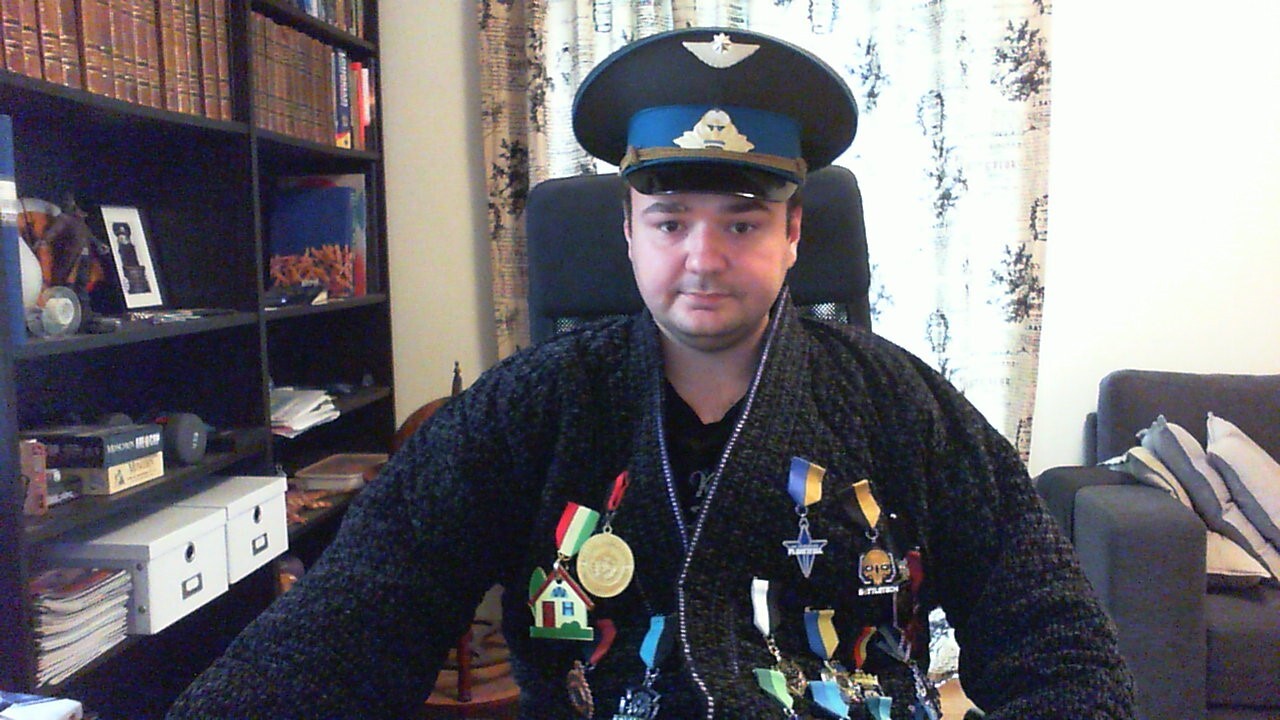 Alexander Ivannikov
Hi, I'm Alexivan. I've been working at PDS for the last 7 years on pretty much all of our projects and my current favourite PDS game is EU4. I feel very lucky and happy to be joining the Tinto team as the new Tech Lead and once again work on EU4.
In my spare time I play a lot of games and watch tons of anime, tv series, and movies. Some of my favourite games outside PDS are factorio, GTA5 MP, Terraria. When it comes to TV I would definitely recommend Watchmen, I love both the movie and the tv series. My anime recommendation for you guys would be Gintama. Leave a comment if you have suggestions on new things for me to check out. 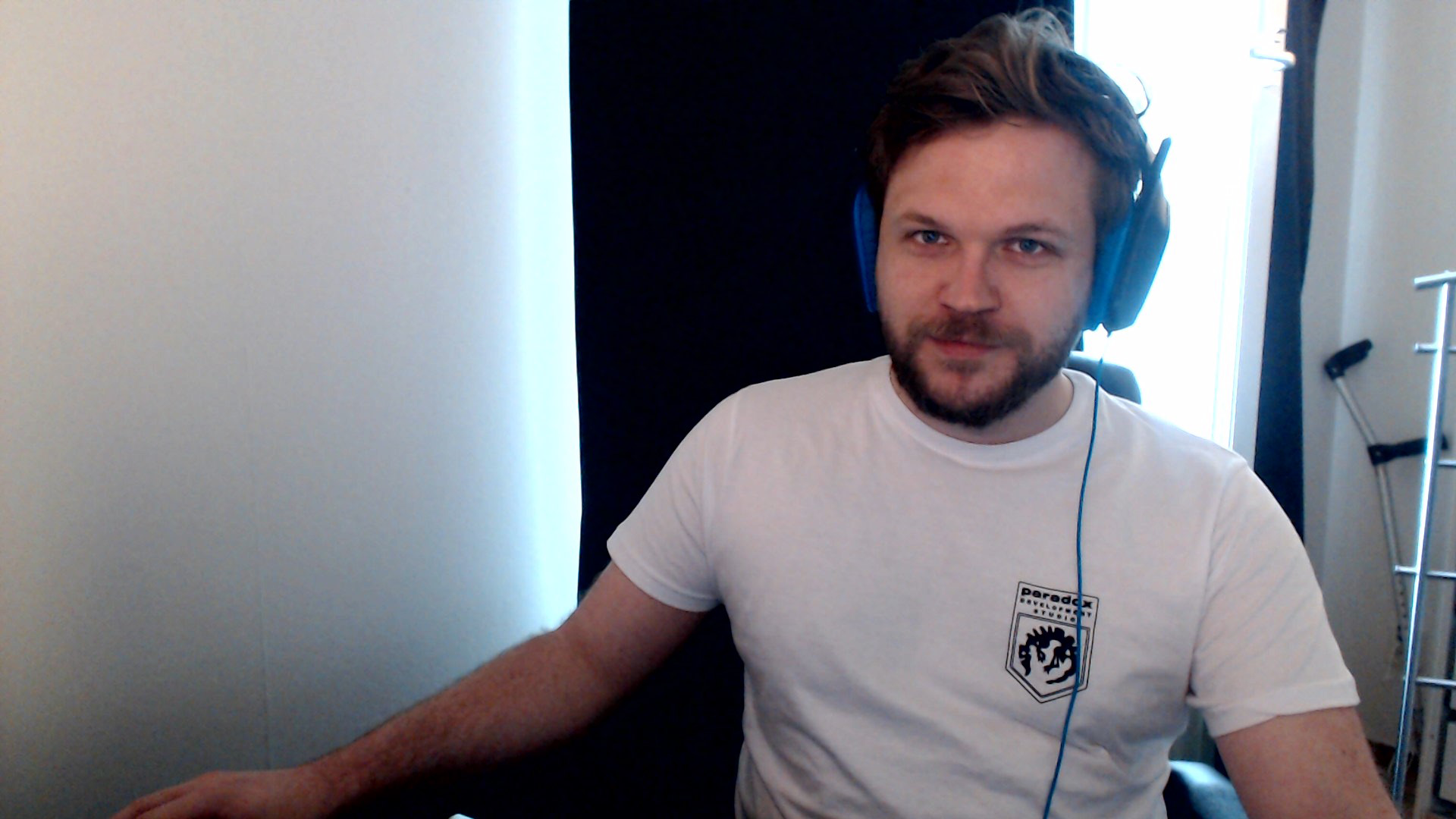 David Horler
Hello, my name is David Horler, and I am the Art Lead at Tinto.
I began at Paradox South way back in 2013, where I worked on 3D art for Crusader Kings II and Europa Universalis IV.
For the last 3 years I've been at Paradox Development Studio, where I started off painting the Imperator: Rome world map. Most recently I was the technical artist on Crusader Kings III, where I got to work a little bit on almost everything artsy, like the environments, to the coats of arms, and the portraits, as well as lots of slightly less artsy behind-the-scenes stuff with our excellent Engine and Tools teams.
I'm a strategy gamer and really into history, so I'm very excited to help set up a new team of GSG-focused artists where we can put into practice everything we've learnt over the last few years.


Verónica Pazos
Hey! I'm Verónica, content designer at Paradox Tinto. I joined the team just a month ago, so my work has mainly consisted of getting to know the workflow and writing lots of flavor text. From now on, I'll be taking part in the design team and I'm really excited about creating a new heresy (and hopefully more content for your favorite countries). I like writing, History and games, so I kind of run out of hobbies coming here. 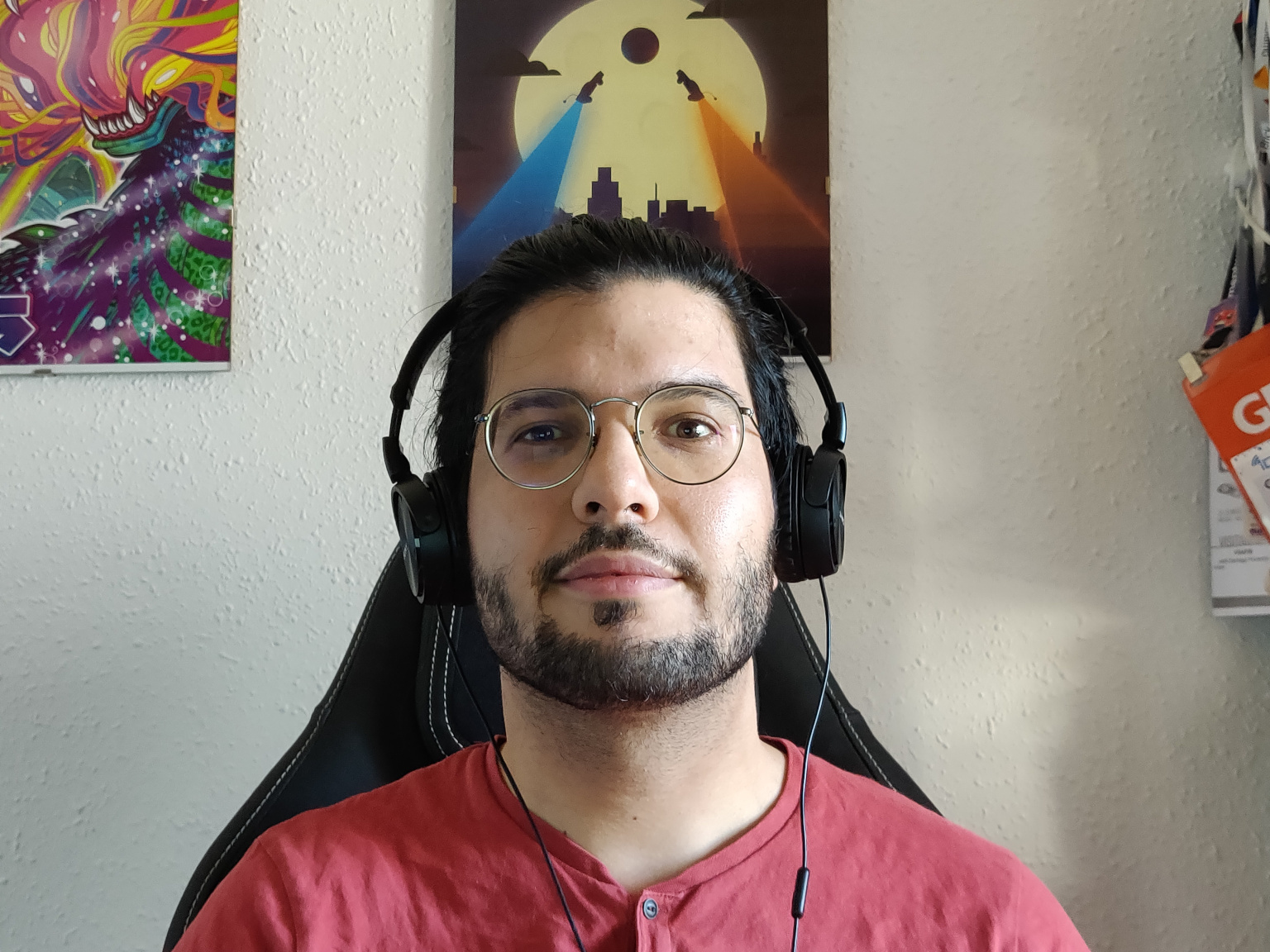 Jordi Santiago
Hi, I'm Jordi Santiago, gameplay programmer at Paradox Tinto. Me and some of my fellow workers here in Tinto have just joined Paradox, so I'm still getting familiar with code and stuff. Hopefully, I will be soon making your favorite games just a little better. 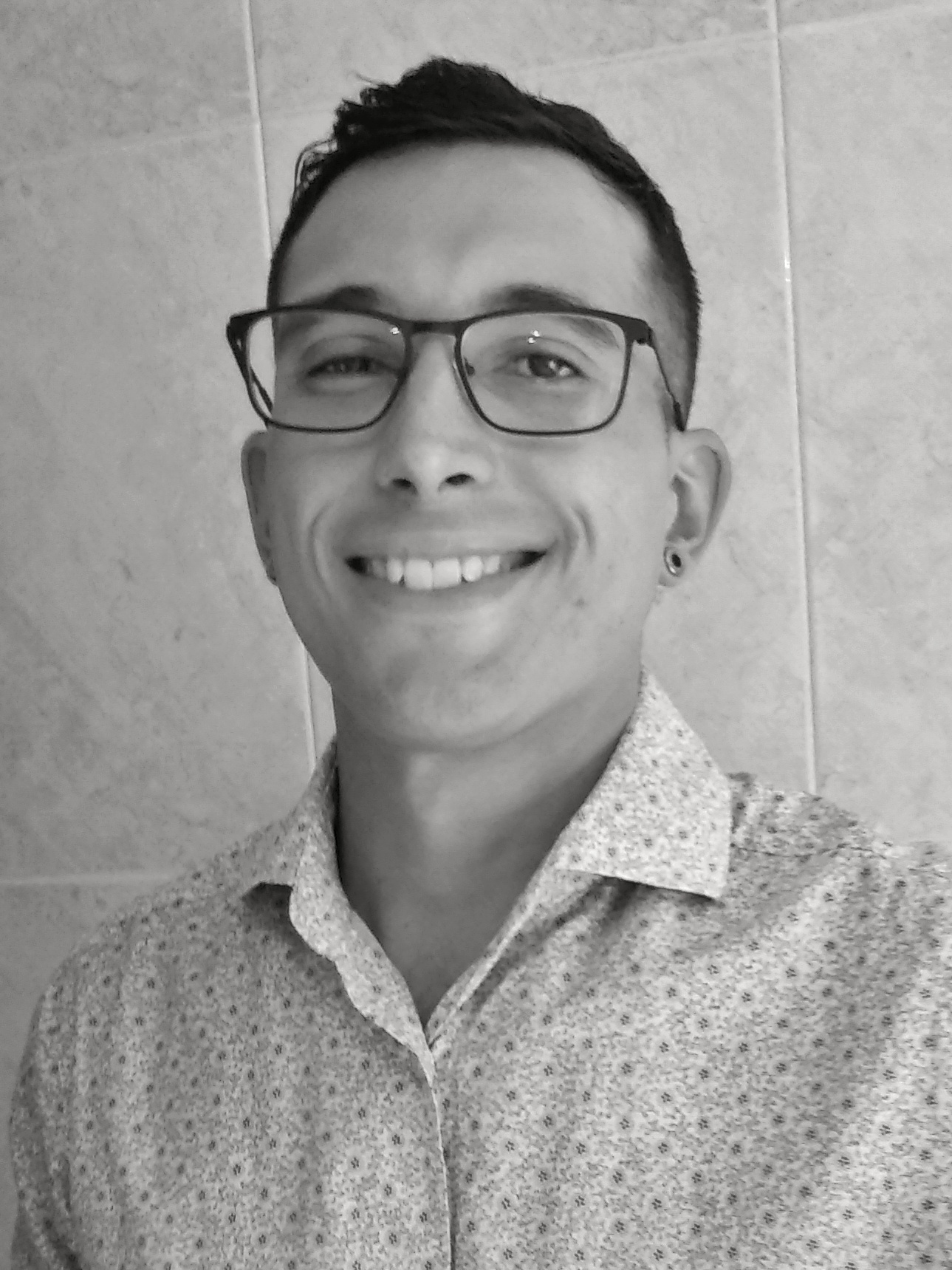 Adrián González
Hi! I'm Adrián and I've just arrived at Paradox Tinto. I'm a software engineer who will be working as a Gameplay programmer (or whatever is related to code!). Our team has just started and I'm very excited to see what we can build together. If I'm not playing and learning about EUIV, you can find me at Hallownest, Toussaint, or Caed Nua


Next week we are getting another content designer, and by the end of October another programmer. We are also recruiting UI & Concept Artists, and an UX Designer!

Building a new team is something that takes time. A programmer, even if he is very skilled with a lot of experience, takes a fair bit of time to learn a codebase, until that person is able to create new features. The same is for designers or artists, as it takes time to understand philosophies and processes. However, we have already working on new things together, and today we’ll show you the first things!


For a long time we have had one of the idea groups you can pick from switch depending on if you are a republic or not. Republics would get plutocracy and the others Aristocracy. Now in the next big update, we’ll have 3 new idea groups that can become available depending on what type of country you play.

When it comes to policies, these idea groups will be considered as aristocracy. Next week I’m back to talk a lot about some important balance changes we have been doing, with galleys, marines and other important things.
Last edited: Sep 29, 2020
Toggle signature
Johan Andersson
Studio Manager Paradox Tinto - Follow me at Twitter!

Nice to see the team in full swing again. I'm excited to see what you guys will bring us. Also, those Horde ideas look pretty damn good.
(wasn't there another version posted somewhere earlier? This one looks a lot better though)
Reactions:
A

As for the guy who likes manga, does he know the (old but classic) Legend of the Galactic Heroes ova series?

That would be my recommandation.

Will countries be encouraged to choose these? These tend to be more unique than Aristocracy.
Reactions:
T

The horde one has an AI factor of 20, so I guess at least that one has a high chance of being picked
Reactions:

As for the guy who likes manga, does he know the (old but classic) Legend of the Galactic Heroes ova series?

That would be my recommandation.

Can't speak for him but I love LOTGH
Toggle signature
That'd be Groogy. He's kinda like the King Joffrey of these forums, toying with us for his own sick amusement. - DominusNovus
The Groogy is an elusive and magical creature. You do not find the Groogy, the Groogy finds you. - Enlil
I thought he was just created in a lab - Viking

If you like Hedgehog pictures and EU4 stuff check my twitter @sirvogelius
I also stream occasionally on Twitch and talk about games.
Reactions:
R

I look forward to the cheesy strats to take both Horde and Aristocratic ideas and top off with Quality for All The Horse
Reactions:

Now that the new team is set up it might be time for a new devclash, right?
Toggle signature
Current AAR: Rise of the Solomonids - Ethiopian AAR
Reactions:
I

Will there be more unique ideas group for ADM and DIP categories?
Reactions:

That is looking promising! I really like the factor that we have now 5 different ideagroups at this slot. always felt a bit strange, that there was no unique for horde or theorcraty - but very nice is, that natives got their own as well!

Welcome to the new team! Really glad, that eu4 will scale up again, and get more attention.

I really would love to see more flavor regarding events (region or country specific) in the future - so that is promissing.
(by the way, as a group in Spain it would be great if you would add some more flavor events for the iberian country. In the "immersion" pack we just became 2 about wool, what a lot of people really disliked. There are much more small flavor events possible
Reactions:
A

Oh yes. Anything which goes more deep for Spain/Castille, i'm for.
Reactions:

I hope you won't become lazy with policies and balance around them - they are probably going to be even more important than idea groups themselves. 36 new policies awaits us!
Toggle signature
https://forum.paradoxplaza.com/forum/index.php?threads/streltsy-disasters.1104950/ - my suggestion of unique disaster for Russia and nations with primary culture of East Slavic culture group

So what is happening to the old team? Will they be working on new projects or are they sticking with Europa, but just at PDX itself?
Reactions:

ah and by the way - as the idea groups always came with idea group events - i hope, that this idea group will also have their own?
Reactions:

Pbhuh said:
So what is happening to the old team? Will they be working on new projects or are they sticking with Europa, but just at PDX itself?
Click to expand...

Starnan and Neondt has already left for other projects. Groogy is still around, and I've moved to Tinto.
Toggle signature
Johan Andersson
Studio Manager Paradox Tinto - Follow me at Twitter!

wobarch said:
ah and by the way - as the idea groups always came with idea group events - i hope, that this idea group will also have their own?
Click to expand...

Johan said:
Starnan and Neondt has already left for other projects. Groogy is still around, and I've moved to Tinto.
Click to expand...

Anyway, enough about that.