Good morning and welcome to the first Post-Dharma dev diary. Dharma was released last week and by most measures was an extremely successful release for us. That said, we have a tradition of post release support for our games and expansions, that's what I'm here to talk about today.

Firstly, While Dharma had very few critical bugs on release, there are still issues out there that merit a hotfix. For us, a hotfix is a swift patch on a released product, aimed to fix two particular types of issues: Ones which disrupt the game/its features in a big way, typically crashes, freezes or features breaking in peculiar ways, or small yet high-impact issues which are quick to fix and test on our end.

We are building a hotfix as we speak, and a preliminary list of fixes we are going to be patching are as follows:

More fixes may be added to this list as we continue to monitor bug reports that are coming in. Our plan is to release this hotfix as a beta at some point this week, and fold that beta into the main game after a few days, assuming no other serious issues pop up.

There are certainly other issues which I'm certain people are keen to see addressed. For those, we are beginning work on the main post-release Update, 1.27. Let's talk about that now.

Post release updates come after a big expansion, are free and targeted at a region, much like the 1.24 Japan update. We add some flavour to the target region. It also allows us to round up on a lot of the bugs which come in, both for the recently released expansion and some of the older backlog of issues. They sometimes go hand in hand with other things, and that will be the case, as with 1.27, EU4 will also be joining the ranks of our other games in becoming fully GDPR compliant. More details on this will be released closer to the time, but the result for most users will just wind up being a policy to read before playing the game.

Religious conversion in territories has been a hot topic since its changes were announced for and subsequently released in 1.26. The response on it on all platforms (and I've read almost all of them) has lead to some interesting conversations about that whats and whys of religious conversion and some cool ideas on what do do about it. I'm not quite naive enough to overlook how they were overall negatively received, and we want to address these grievances. In the short term, we're going to look at bringing Religious and Humanist more in line with each other as viable choices for your nation for 1.27. We have longer term ideas for conversions, but we'll talk more about that down the line after 1.27.

So yes, Hotfix this week, 1.27 coming soon. Religious conversions responses not falling on deaf ears. Now how about the target for 1.27? Well, over the past year we've put a lot of work into the "Rest of the World" With focus on Japan, The Far East, The Near East and now India.

I'd say it's high time we put the Europa 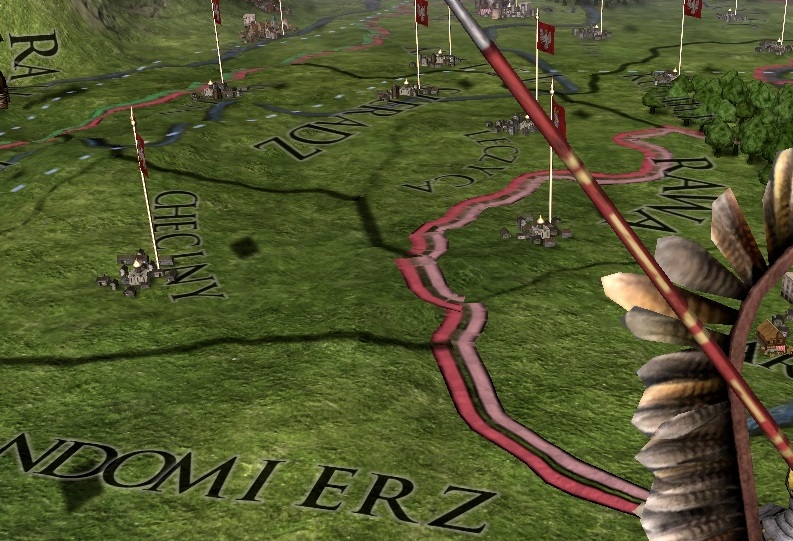 Back in Europa Universalis

Stamping this thread with the "dev post" since I overlooked that in the OP.
Toggle signature
The Iron Mountains: EU4 Ryukyu World Conquest AAR
​

Obviously Poland
Toggle signature
Oh, so that's how you change your signature....

Nice, looks like PLC patch. I hope for improvements in Elective Monarchy.
E

Corruption is THE main issue. Nerf it to 1/2 values from territories please, don't have to remove it completely. Remove unbalanced research corruption. Make special rules for hordes, they really need to hold lots of territories. Make a way to remove corruption, like we remove inflation. Corruption advisor?

People complained about religion the most - but there are ways around conversion. Corruption is much worse for the game well being.

Your teasers are normally a bit harder to get
Anyway, glad to see the missionary changes are being looked at, RU was really getting on my nerves.
Fairly happy about a small Polish patch, not sure it's the most needed one, but certainly a tag that's fun to play, so kudos.

And ty for the bug fixes!

DDRJake said:
I'm not quite naive enough to overlook how they were overall negatively received, and we want to address these grievances. In the short term, we're going to look at bringing Religious and Humanist more in line with each other as viable choices for your nation for 1.27.
Click to expand...

This gives me some small hope for my continued support of your game/company as every other patch is typically a free patch. I've had the worst feeling that the solution to no longer being able to convert was going to be a paid feature, which it pretty much is at the moment since it basically requires the DLC that allows converting vassal territory.

I'll keep waiting and watching and may possibly buy Dharma in the future if there is a revert of the poor changes, or a satisfactory FREE supplement.

Why not just make religious conversion in territories harder. Every other game the Maghreb is Catholic before the 1600's ....the whole thing.
V

I smiled at the end.

Can’t wait for 1.27. I guess religious ideas we let us be able to convert in territories.

Sounds great. Let's make Europa great again!
Toggle signature
"There hasn't been a war run this badly since Olaf the hairy, King of all the Vikings, ordered 80,000 battle helmets with the horns on the inside."
M

Ehh, Poland is the one country I reached 1821 with and therefore have no interest in playing ever again.

I hope their mission tree won't be just conquest.
Toggle signature
Sit now there, and look out upon the lands where evil and despair shall come to those whom thou allied. Thou hast dared to mock me, and to question the power of France, master of the fates of Europe. Therefore with my explorers thou shalt see, and with my spies thou shalt hear; and never shall thou be released from vassalage until all is fulfilled unto its bitter end.

POLAND!!!! YESSSS!
Toggle signature
Fighting for a good map since 1444.

I hope its way more than just Poland, still, I'm glad eastern europe is getting some love.

We all know that image gives the focus of the next patch quite clearly: the glorious Mazovia!
Toggle signature
My suggestions:
Transylvanian culture and reforming tags
Reduce Polish-Hungarian hostilities
Revision of the Végvár system modifier and a Hungarian tradition
F

Please, make Religious idea group unlock conversions in territories and trade companies!
Poland will be great region to focus on. I hope you will allow Bohemia to form Czechoslovakia too

I'm little disappointed. Hoped for immersion pack... Does it mean PLC won't get special unit hussaria like streltsy or yannisaries?

Do we have a chance for at least special gov mechanics like tsardom for elective monarchy?
Toggle signature
Leopolis Semper Fidelis

Hurray! More land to conquer by the glorious Russia!
Toggle signature
https://forum.paradoxplaza.com/forum/index.php?threads/streltsy-disasters.1104950/ - my suggestion of unique disaster for Russia and nations with primary culture of East Slavic culture group