Hello,My name is grandman1006. I started project The Confederates mod,
and this Mod can be published.but It changed rather(but Your Request as it is.)sorry. 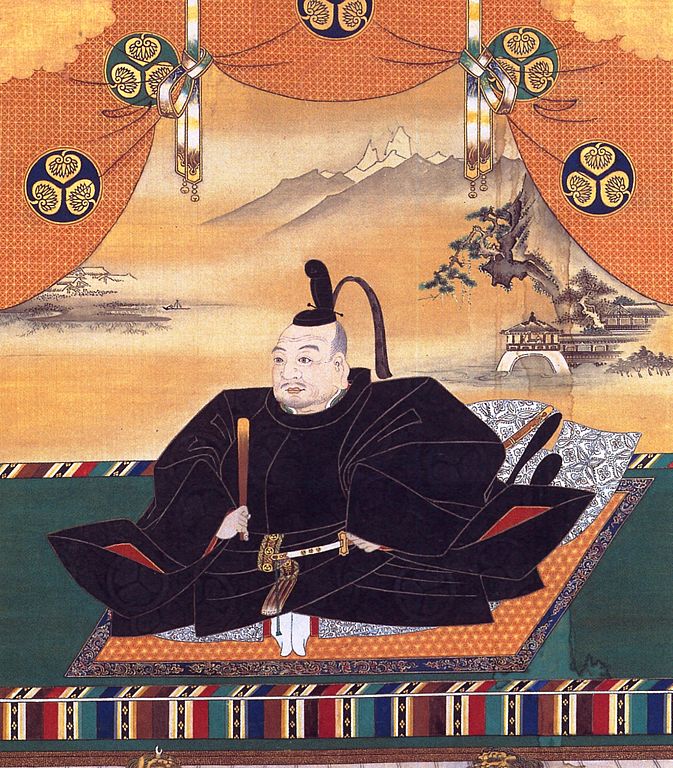 see no evil, hear no evil, speak no evil.
Click to expand...

This MOD Concept is "If Tokugawa Empire Know-How Spread?" Japanese Quality paper "Asahi Shimbun" said Tokugawa Shogunate was Empire.
and This Empire Lasted 250years,So If This Empires Know-How Spread of the World? ...I do my best.

Special thanks go to the Kaiserreich and The Bonaparte Legacy team, for not only has their mod inspired me to develop my own.

Sorry, but i just tested it and............. IT LACK MOST OF THE BASIC FILES OF DH
Expand signature
The most powerful weapon on earth is the human soul on fire.
F.M. Ferdinand Foch

I think your timeline is a little too confusing and unrealistic perhaps...
Expand signature
My very own mod:
NAPOLEONIC WARS FOR DARKEST HOUR

Don't let it get to you.
It's pretty much a thing right now in Japan, thanks to the deluge of ultra-nationalist and revisionist media in recent years (last 20 or so).
Pretty much anything connected to the Allies or the USA (two separate things in this context) is considered to be evil, MacArthur is some kind of Satan epxy, and Adolf Hitler is revered to be some kind of god.
It supposedly has to do with the 'you killed my waifu' culture that the lower Japanese strata have created for themselves and the chickification (not my term) of war-machines.
I just sit back and wonder why none of them seems to remember 'Kill more Japs' Halsey or 'Grind 'em under your treads' Patton (although the later never was in the pacific, so that could be a reason).

All that being said, this is alternative history. It's going to be strange.
But I have a feeling grandman1006 has a better idea of what was supposed to be going on than the timeline he/she's giving us is telling, and it's probably the language barrier that keeping them from telling it better, so it only SOUNDS weird... I think.
Expand signature
"I prefer peace. But if trouble must come, let it come in my time, so that my children can live in peace."
~ Thomas Paine​
Reactions:

Looks promising, although the time line is rather strange even from a Japanese view. haha.

Btw, I once thought making a Tokugawa shogunate mod where the shogunate faction won the Boshin war, but only have affected Japan (and Ryukyu, Ainu, Korea) so deviating of the history was minimal. I thought the mod would be boring and abandon the idea.
Last edited: Jun 3, 2015

Is This mod Boring? Sorry,My mistake.

No, It means my mod would be boring.
I think your alt history is more interesting situation than my mod was.
Last edited: Jun 3, 2015

Michael Armstrong(He is Famous Columnist in Japan.) said "Tokugawa Ieyasu is a High-Class Leader in the World{This mean is not "the Best."} and Tokugawa Shogunate is United States of Japan(but This book is Japanese only,sorry.)."I think if Tokugawa-Shogunates Know-how is conveyed European? Europe is Hometown of Political Science,so European make the best use of something.
My Thinking is not Match Your Opinion.but I tell I have a ground.
Last edited: Jun 3, 2015

What is Lacked?If You Tell Me,I will Fix.

Queen of the Pointy Tin Hats

The more I think about MacArthur I Becoming the Emperor of CSA, the more I would love to play this mod
Expand signature
Currently working on Vic2 HFM Submod - Even more flavor
Darkest Hour modding discord - https://discord.gg/4hk4Kkk
Reactions:
S

Great ideal, but please, for the love of god, fix and fill your mod!

And what I mean fill your mod is because it's missing something.

When after I pick a nation to play as the loading screen freezes and clicking on it makes a noise and finding it out that something is missing.

So, for the next update, please, please, PLEASE fix your mod. Okay?