Jump to latest Follow Reply
Menu
Install the app
You are using an out of date browser. It may not display this or other websites correctly.
You should upgrade or use an alternative browser.
Stellaris 46887 Bug Reports 27019 Suggestions 16438 Tech Support 2587 Multiplayer 358 User Mods 4418 Stellaris AAR (After Action Reports) Console edition 1124
Previous dev diary Next dev diary
Show only dev responses
Hello everyone and welcome to another Stellaris development diary. Today is the third week of post-Synthetic Dawn 'filler' dev diaries, as mentioned in Dev Diary 88. Regular dev diaries return on October 26th.

As we don't have anything in particular to talk about this week, I'm just going to give you another brief update on 1.8 post-launch support: We released the 1.8.2 update yesterday, with all the fixes from the 1.8.1 beta as well as some additional fixes and tweaks.

There has been a couple of script issues reported in 1.8.2 related to Devouring Swarms, Exterminators and Purifiers (missing tooltips and opinion modifiers) that we are going to look at and likely publish a fix for, but other than that we feel like we have now addressed all important issues reported in 1.8 and 1.8.1 and so will be wrapping up 1.8 post-launch support if no other critical issues are found in the live build.

As before, I'm going to sign off this dev diary with a screenshot, this one taken on the galaxy map in the internal development build, where everything clearly looks the same as it always has and there certainly aren't any significant changes being prototyped that I can't yet talk about. See you next week! 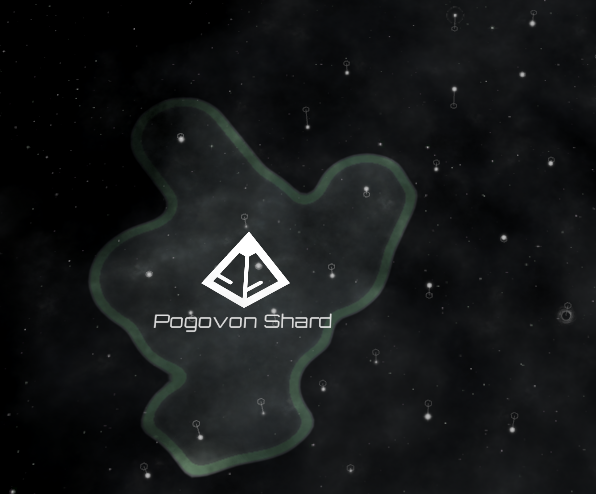 Frontier outpost for every system!

Shard are the xenophobe FE.

Look at the border and the systems in it

So you've created an empire that looks like a hand giving the middle finger just to show there's nothing to see here, right @Wiz?

Its probably a rework of the border system where you have to claim each starsystem seperatly with a frontier outpost. Something I'd be quite interested in, as I think that the current system doesn't work as well as it possibly can. I do wonder what this means for all +border range buffs though.

Next to that: an extra border added to empires is nice, as I sometimes have difficulty seeing who has what.

New border/frontier-system it is then!

Looks interesting, I'm quite curious about the actual mechanic though ...

I hope this will make neutral zones possible after war

Interesting. So either discovering systems results in you claiming them, or we are finally getting unique rules for borders of Hyperlane Empires that was talked about (and these borders are result of neighboring nodes).

And will this exciting boarder rework involve ensuring all the empires in the game use unique colours while there are still unique colours available? So we don't get three empires using the same colour in a 12 empire game?

Like every other 4x that's used random empire generation in the history of 4xs that use random empire generation?
Last edited: Oct 12, 2017
Toggle signature
When you're crowded out by freedom's price and you take a shred of bad advice, the system knows but you're kept underground
When you can't afford a flight to Mars, when you were never born to touch the stars, the endless maze of concrete wears you down
Can you theorize our better lives where the grass is green on the other side? We'd compromise and find a way to thrive
If you're scared of being left behind, then you'd be so disturbed with dreams like mine, the realization that our world's alive

Nyrael said:
Interesting. So either discovering systems results in you claiming them, or we are finally getting unique rules for borders of Hyperlane Empires that was talked about (and these borders are result of neighboring nodes).

The borders look so beautiful

Maybe "buying" systems to expand the borders?
Toggle signature
"Men, we are surrounded by the enemy.
That means we have the greatest opportunity ever presented to an army.
We can attack in any direction we choose."
I

Crystalline lifeform? That would make some posters happy... Enjoyed the MoO2 story. I remember purchasing MoO2 in a shopping mall in Savannah, Georgia (USA)

And I'm looking forward to see what mechanics you came up with for the new border projection.

Zylathas said:
Guys. I think Wiz may be lying...
Click to expand...

Well, not really a surprise, game director are neutral evil after all.

corny.1234 said:
Frontier outpost for every system!
Click to expand...

Hopefully it wont be as tedious as im imagining it.