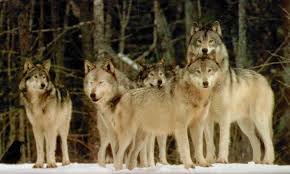 OMG so right, we go to the Suger Hut and get trashed yeah, these guys come up to us and try to feel me a Jenny up, so i was like "what do you think your doing" and they were like "Dis is whack man, you girls gotta put out yeh" and i was like "are you cereal, you aint getting any, you a scank" and he was like "No girlz, you damn Skanky Skanks that like skankady skanking". We decide to ditch them losers and when we'z walking, we fell down through the pavement, into some sort of underground cave area, Cindy broke her heelz, bless! But dis is the best part, we find da Cutest liddle Wolfs ever, Michelle said "why downt we ave em?!" I said "yeh but we gotta pretend we a wolf so we can get close enough to nab em!... Nab em all and dress em in pink skirts and put lipstick on em!"

There shall be seventeen (17) players. Special Roles will be handed out after the last person signs up. Not allplayers will get an PM. Only Special Roles

The game is divided into two periods - night and day. For practical reasons these two periods take place at the same time, from one update till the next.
Each day, all players gather and decide to lynch one of the players - the person they think is most likely to be a werewolf. Each night, the werewolves decide who to kill. In each 24 hour period, the village will lynch, and the werewolves will hunt. The villagers can try to lynch multiple people by creating a glorious, Lemeard-approved, TIE, and the werewolves can also decide not to hunt anyone at all at night. Beware of Crovaxian slips as well!
Winning:


Player Roles:
10 or 11 X Wolf. (Villager): A Wolf of the Pack
3 or 4 X Skank (Werewolf): A Skank that will adopt a Wolf Each Night taking them away from the pack forever!
1 X Pack Leader (Seer): The Pack Leader, able to sniff out cheap scents, bad fake tan lotion and all sorts of other... liquids.... ewww
The Deadline:

A vote posted at 11:59am will count. One posted at 12:00pm will NOT!
Voting Ends At Deadline Even If Game Moderator Is Not Present!​

§10 - There will be no subbing after day three. All no-voters will be than killed off.

IN of course!
Expand signature
Armageddon was yesterday - Today we have a serious problem!
------

Govenor of Earth in "The Paradoxian Federation" - Aurora Forum Game II - YOUR PLANET NEEDED YOU!! - Died due to Computer Crash

Come and play Werewolf with us! We Bite and Growl and are looking for more meat! Link

In as The Situation!
Expand signature
"As a boy growing up in Hungary, there was only one club for me - Arsenal"- The Legendary Ferenc Puskas on a youth spent looking up to the greatest football team of the era... Herbert Chapman's Arsenal Football Club

Chief Maid of the SDM

In as Ke dollar sign ha
Expand signature
"A learning experience is one of those things that say, 'You know that thing you just did? Don't do that.'" - Douglas Adams

Yo Ke$ha wazzup! Wanna go back to ma place ta check out ma bottle cap collection? *sniggers*
Expand signature
"As a boy growing up in Hungary, there was only one club for me - Arsenal"- The Legendary Ferenc Puskas on a youth spent looking up to the greatest football team of the era... Herbert Chapman's Arsenal Football Club

Cakravarti said:
In as The Situation!
Click to expand...

boo I wanted to be Mike!

This is fine. I plan to either close sign ups on monday or have the first deadline (night) on monday depending on sign ups
Expand signature
The Original Werewolf Amateur
Wins: 12 Losses: Many GM'd: 3 Werewolf Lites
Currently playing Dragon Age: Origins & CK2 AGOT Mod

In as a Girl who plays with Gasoline and a Match
Expand signature
• Project Lead for M.E.I.O.U. and Taxes
• Subforum | Steam Workshop | Discord | Facebook | Twitter | Cartographer's Office

gigau said:
In as a Girl who plays with Gasoline and a Match
Click to expand...

Oh well, in.
Expand signature
Come and hunt your fellow Paradoxians in the Werewolf Forum

"No less misguided was Kant, who proposed that we order lunch in such a manner that if everybody ordered the same thing the world would function in a moral way. The problem Kant didn’t foresee is that if everyone orders the same dish there will be squabbling in the kitchen over who gets the last branzino. “Order like you are ordering for every human being on earth,” Kant advises, but what if the man next to you doesn’t eat guacamole?" - Woody Allen

the_hdk said:
boo I wanted to be Mike!

Yo Vinny, stop buggin me, caint cha see Ima tryin ta hook up with Ke dollar sign Ha?
Expand signature
"As a boy growing up in Hungary, there was only one club for me - Arsenal"- The Legendary Ferenc Puskas on a youth spent looking up to the greatest football team of the era... Herbert Chapman's Arsenal Football Club

Mike. give it a resta. tinight we gonna pimp some skanks ya?

the_hdk said:
Mike. give it a resta. tinight we gonna pimp some skanks ya?
Click to expand...

Yo Vinny, stop bein so ruud. Use the polite term-BITCHES.

*gives Vinny a playful but painful punch to the arm.*

PS: We need a Paris Hilton and Nicole Ritchie.
Expand signature
"As a boy growing up in Hungary, there was only one club for me - Arsenal"- The Legendary Ferenc Puskas on a youth spent looking up to the greatest football team of the era... Herbert Chapman's Arsenal Football Club