Menu
Install the app
You are using an out of date browser. It may not display this or other websites correctly.
You should upgrade or use an alternative browser.
Crusader Kings II 69318 Bug Reports 19619 User Modifications 10424 Suggestions 5829 Tech Support 6283 After Action Reports
Show only dev responses

Hi all! I am Karolus Magnus, programmer at Crusader Kings II. Now is finally the time for my first dev diary! Today I will be talking about the Silk Road and Raiding Adventurers.

With Horse Lords we are adding in an addition to the trade system which is the major trade route of the Silk Road that stretched all the way from Cathay to the Italian States. It does not require you to be a Patrician or Republic however to utilize this system. As long as you own the provinces yourself you are allowed to build Trade Posts along the trade route no matter what government form you are. You can upgrade these trade posts to make the Silk Road worth even more.

However the Silk Road is much more dangerous to deal with than normal coastal trade posts as it relies on safe passage through land. If a war breaks out and a part of the trade route is caught in the conflict, the trade will be cut from that province and onwards for that branch. The trade will instead go through any other branch and result in them receiving more of the trade than they normally would. The Silk route can be viewed from the Economic mapmode but also in more detail from the Trade zone mapmode.

Next feature is Raiding Adventurers. This system was made to better represent the Normans in Northern France and Sicily in how they settled in foreign land. It is also used for nomads who lose their home. The Germanic raiding adventurers spawn with ships, but even nomads who do not get ships can travel far, as these raiders unlike others can raid in any province (except the provinces of the one who conquered your home lands).

Raiding adventurers will use the money they gain from raiding to recruit more troops, and when they have grown to a certain level, they will try to become landed. A ruler can offer to settle these raiding adventurers, giving them coastal or border provinces. They might however refuse to be settled if they do not like the lands that you are offering. Ambitious raiding adventurers will usually not be settled unless they are given a duchy. If no such offer is made however, they will eventually start a war on one of the rulers they have raided, targeting a duchy. 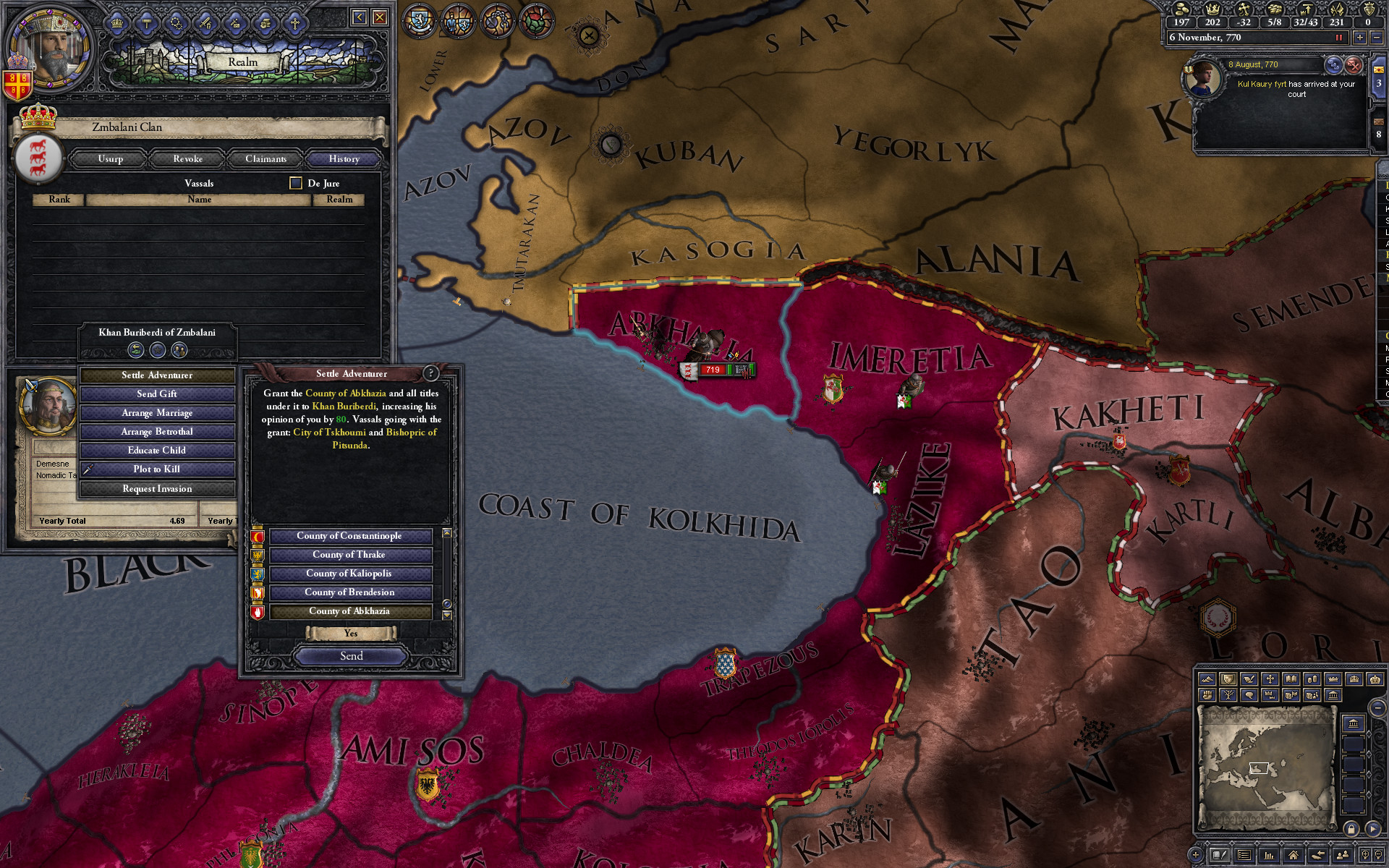 The same Settle Adventurer interaction can be used to settle the dynamic mercenaries we already covered, if you have managed to make them your friend. Settled raiding adventurers will become Feudal or Iqta depending on their religion, and also be disinherited from the nomad realm from which they came from.

One of the benefits of settling a raiding adventurer is that the provinces that are given away will be blocked from raided again in the near future. 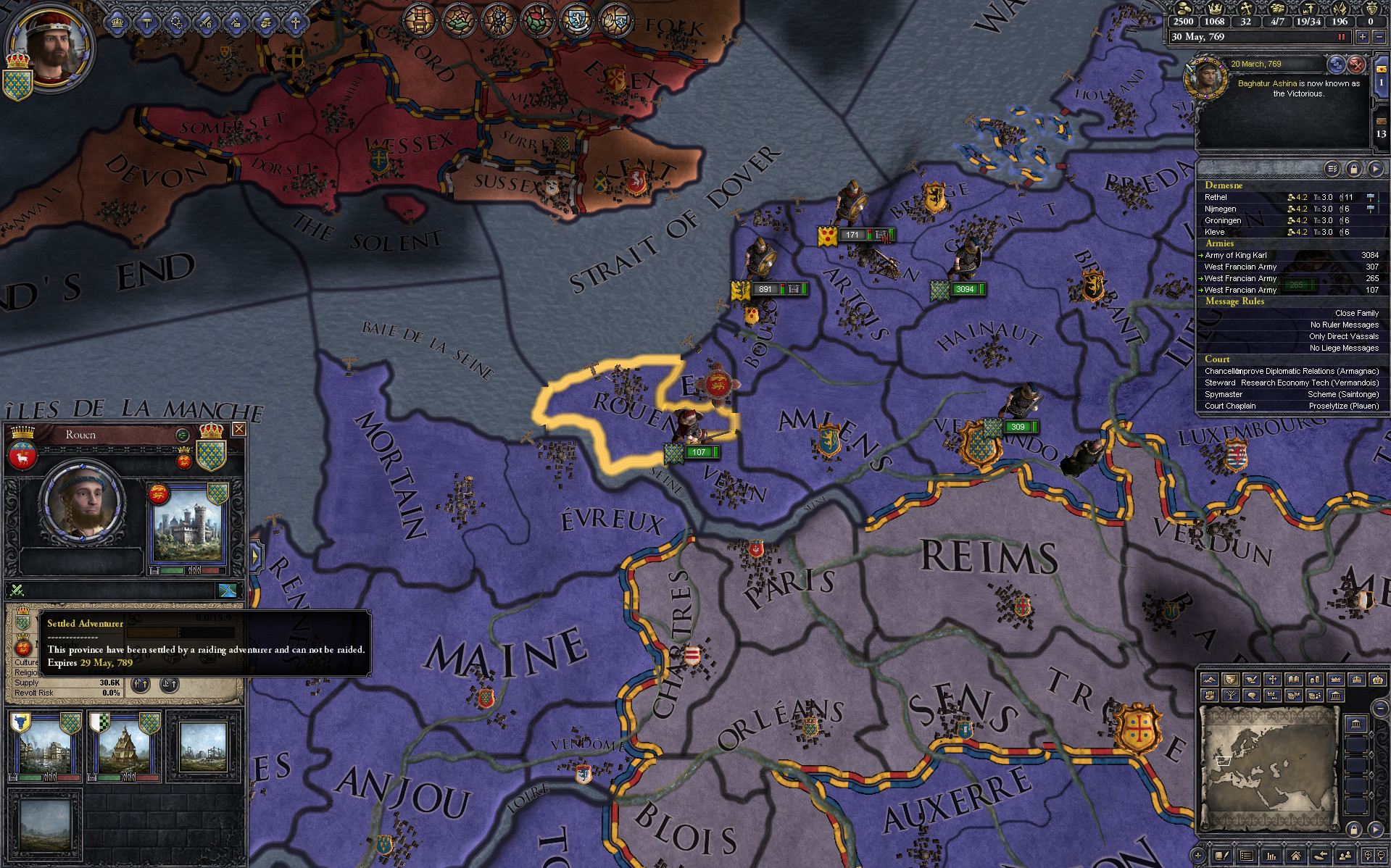 Raiding adventurers that do not spawn from being conquered as well as dynamic mercenaries will get the Adventurer trait that makes the character much more ambitious and military capable. So even if they give you several benefits to settle, they can become dangerous for your future generations. 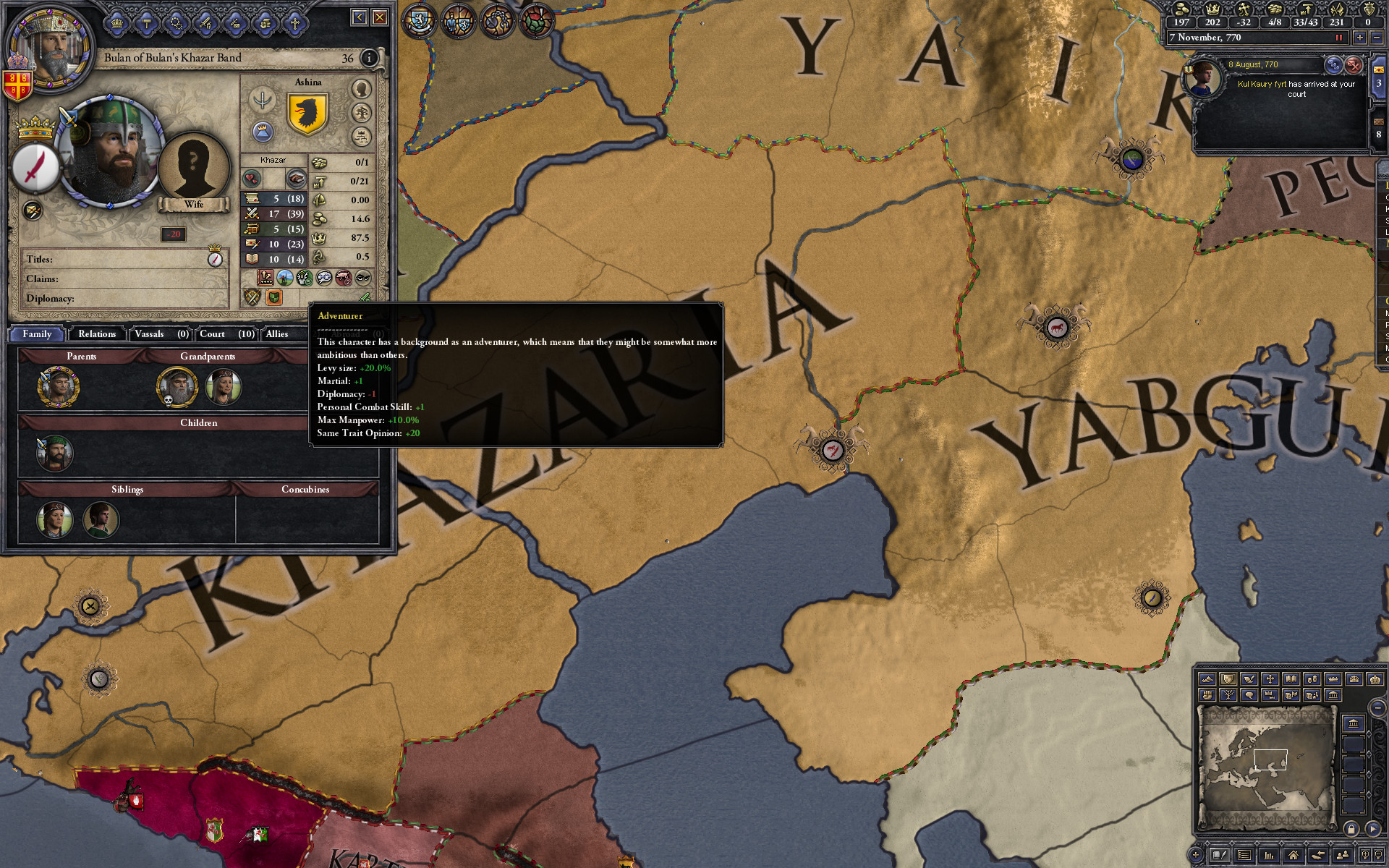 That's all for this week! Next week we are going to go through map and culture revisions and new events!
Reactions:

Can't wait!
I thought I'd ask: is the silk road trade post mutually exclusive with a merchant republic's trade post? Will the local power be at odds with Mediterranean republics over the trade game in Alexandria for example?
Last edited: Jun 23, 2015
Reactions:
O

Now that the next expansion's focus is nomads (and tengrism), will we see the number of tengri banners increased? Currently they are too few compared to christians, muslims etc.
Reactions:

This looks great but is there no interaction at all with Merchant Republics? Like no special value to a MR trade zone that connects to the Silk Road?
Reactions:

Looking awesome. A good reason to keep your capital at itil instead of saray now. Also the adventurer's band's makes a lot of sense as mercenaries.
Reactions:

I wonder how this will affect the Mongols. Kublai's Yuan Empire controlled Outer Mongolia.
Toggle signature
Archaeology and Classics student.​

That trade route map literally made me say "Holy shit!" out loud.

Hoy shit is that PINYIN on the edge of the map? CHINA CONFIRMED LOLOLOL
Toggle signature
Rome 2 taught be not to pre-order.

Trade is so beautiful I literally shat myself.
Toggle signature
Rome 2 taught be not to pre-order.

toroltao said:
Hoy shit is that PINYIN on the edge of the map? CHINA CONFIRMED LOLOLOL
Click to expand...

If I'm reading right, then "Anxi" is a county along the Great Wall - perhaps this map extension ends at the Great Wall of China? Seems a good place for it, for now!
Reactions:

toroltao said:
Hoy shit is that PINYIN on the edge of the map? CHINA CONFIRMED LOLOLOL
Click to expand...

If you look closely you can see that Anxi doesn't have an eastern border either. Also looking up the name indicates that it's an old name for Guazhou in Gansu. China indeed confirmed.

Edit: Conspiracy theory right now I think is that they have secretly worked on two expansions and is only revealing parts so they won't be bombarded with threads about China. Mad laughs if they release the expansion and we get *The Kingdom under Heaven* alongside it. Because why else optimize a couple of years old game if not China?
Last edited: Jun 23, 2015
Reactions:

Cool
Toggle signature
Owner of a Imperial Socialist P Ribbon ●
Kaiserreich 1.7 Ten Year Anniversary Released!
Winner of Preussen 1825 with my Vereinigte Preussische Partei!
Winner of Britain 1950 with my Communist Party of Britain!
Winner of Denmark 1900 with my Tyskliberala Monarkistpartiet.
DId I mention Kaiserreich is out for HoI4?!!
A Town We Never Forget! My newest AAR
"We don't do marxistic historical games, where its mandatory that some countries will always fail." - Johan
Follow me on Twitter!
Biji Kurdistan!
​
Reactions:

Historically this area was part of the Longyou Circuit, which was like a province during the Tang Dynasty, but it fell to the Tibetans in 763 after the Anshi Rebellion. It's part of Gansu, but not really part of China during the game's timeline. If they were to stop expanding the map here it would make sense even if the Mongols get shafted since they have nowhere to expand southwards. China wouldn't have any major influence in central asia again until the qing dynasyty.
Toggle signature
Rome 2 taught be not to pre-order.