We Stand United: A Stellaris AAR

Election for A-G​
“So, from what I understand you’re the tie breaking vote?” Abril Valentina asked.

“Yes, but I will vote for the Union of Citizens candidate. She has some ambitious plans that will hopefully make the Union and its members more Democratic.” The Chinese representative said.

Abril eyed the Chinese delegate. She looked away and began tapping at her tablet.

“I'm sure you understand Ms. Valentina.” He said.

“Oh yes, and I’m sure your wife would be very understanding of your affair with one of your aides, correct?” Valentina gently handed her tablet over to the Chinese delegate.

He stood there shocked at the images. He was incredibly careful; he took every step and precaution he could to hide the affair. However, this “Astronaut” has images clear as day of them entering a sleazy hotel.

“How did you get these pictures?!” He said in a mix of confusion, shock, and anger rolled into one.

Abril Valentina laughed. “Senor do not think your affair is clever. You are not the first to have slept with an Aide, many politicians before you have done it. Many more after you will. So, rest assured senor that your affair was not all that hard to find out.” She said. She cracked a smirk. “However… Let us say that this tie breaking vote manages to, end in my favor.”

“Then you’ll get rid of the images…” He said.

“Magnifico! You’re getting the idea!” She said.

“And what if I just expose you?” He said.

Abril laughed at the notion of the idea. “Senor, you and I both know that since you were a child you dreamed of becoming the President of China. So, you are telling me you're willing to jeopardize all that, all because you didn't want to vote for a little old astronaut like me?”

The Chinese delegate swallowed hard. “Can I have your word that you’ll erase all traces of this affair?” He asked.

“I’ll do you one even better amigo; I'll personally help you cover it up. After all I understand the need to… unwind.”

The Chinese delegate stood up. “Abril… you drive a hard bargain. I will vote in your favor in the next election.” He said.

“Good mijo, now I have some important business to attend to. Hasta huevo” she said, waving to the delegate as she left the room.

Following the Death of Nadera al-Shareef the UTA was torn as to who to choose for the new Administrative-General. In the Charter Nadera laid out that the leader should have no restrictions and should come from any background. The UTA would hold special elections and narrow down the candidates through debates. The candidates would debate to the General Assembly and from there the General Assembly would vote for each member. Eventually the vote would be narrowed down to four potential candidates. The Assembly was trapped in a tie, until the representative from China would break the stalemate by voting for Abril Valentina.

Abril Valentina was the most popular person alive. She would appear in numerous magazines and various shows and interviews which only added to her success. According to rumors Abril Valentina has also beaten down her opposition through bribes, blackmail and threats. These rumors are largely unfounded with no evidence pointing to this being the case. Abril used her fame, and her skills to earn the A-G seat, following her mandate of “Exploration, and Expansion”. Her plan is to radically expand the UTA’s role in space and Humanity as well. Upon taking the mantle of the A-G in her inaugural speech she vowed that she would place a permanent colony outside of the Sol System. Her first act upon becoming the Administrative-General was to officially name the Alpha Centauri system, the Nadera al-Shareef system. This act was widely supported and only led to the popularity of the new A-G. 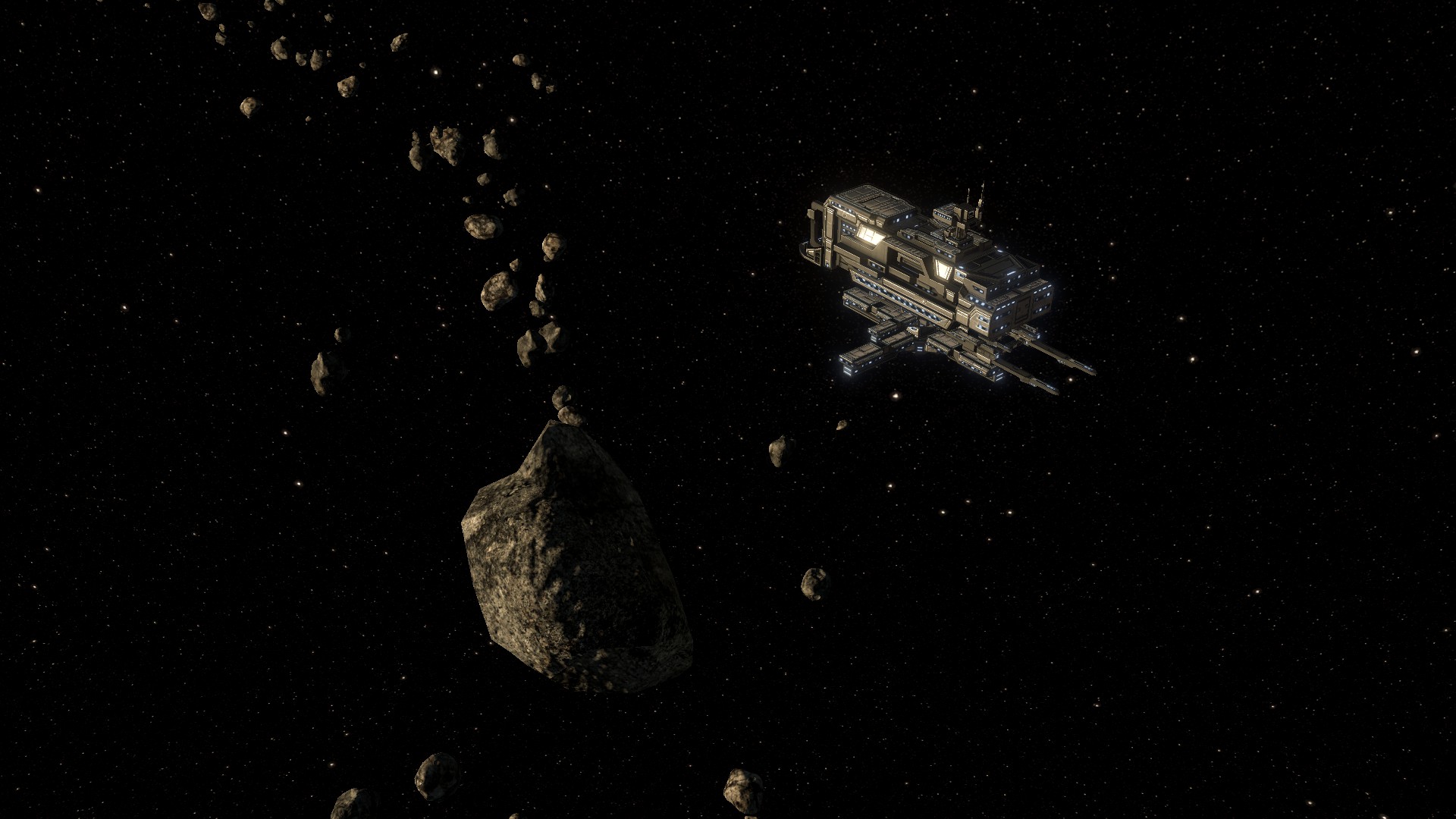 While many called this plan ambitious, due to the lack of any habitable worlds to live on, the UTA nonetheless embraced their new A-G. Humanity would continue to push out into space and continue to survey more systems and planets. However, it seemed that with every star and every planet the galaxy would seem to be lonelier and lonelier. Humanity would come across more dead worlds, and more abandoned Yuht worlds. It was beginning to appear as if Humanity stood in a Galactic graveyard. Life seemed to be rarer than Humanity had thought. The colonies on Mars discovered minor signs of life like Earth around 400 million years ago, but nothing more complex than plant life or algae. Eventually Mars would have its core solidified and the planet would eventually kill all life on the world. The process as to how the core solidified on Mars was still unknown. Many Scientists from across various fields of study were convinced that studying how this happened could not only help prevent this from happening on Earth but could possibly reverse this and terraform the dead planet.

Eventually the elections for various positions in the UTA heads of organs would roll around. Abril Valentina during these elections would found the first ever National Coalition Party. The Peaceful Advancement Lobby was a Coalition of nations that banded together to ensure the UTA can better help facilitate Development, and to ensure that the UTA sticks to its peace mandate. In response the Coalition known as the Freedom Group would form a Coalition of nations that was focused on advancing the goals of freedom and egalitarianism within the UTA. Abril Valentina would become the head of the Coalition, and a Scientist of the ECW a Penelope Irwin would be the head of the Peaceful Advancement Lobby.

From the election the PAL would clench much of the Heads, with two heads being members of the PAL, and one being from the FG. Nicholas Clarke would become the new Speaker of the House, Jessica Grant would be the new Council Head, and Sunder Misa would be the new Supreme Judge. Following the elections Abril Valentina would propose a policy for the Space League to grant loans to any nation willing to explore and expand into space. The idea was widely supported, and all nations would vote in favor of it. Following its implementation many Stellar Corporations would vastly expand their space-based operations off these loans, leading to a rapid expansion of space territory. 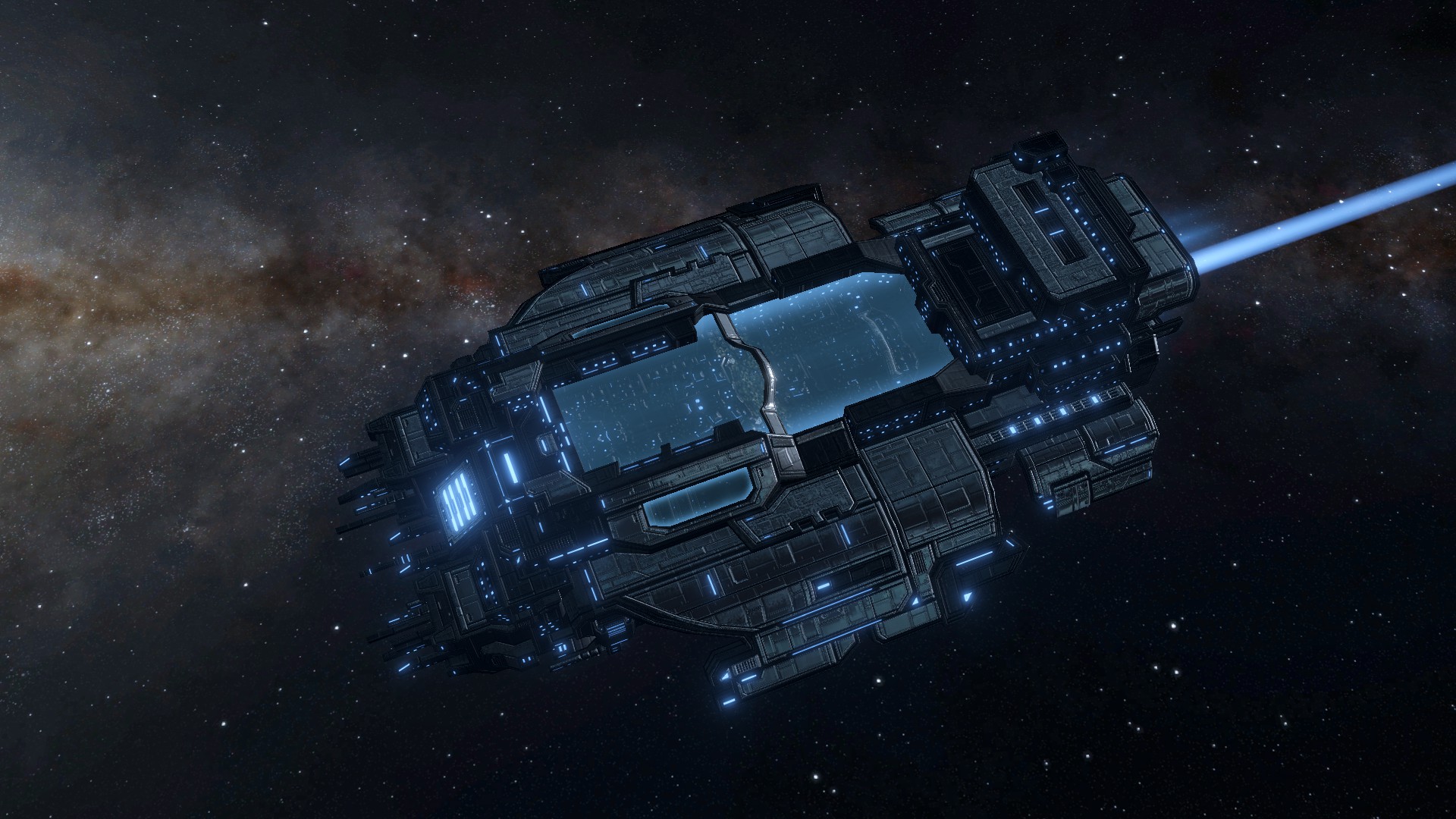 Eventually humanity would come across a habitable planet within the Delta Pavonis system. The planet was lush with Jungle and foliage, resembling a planet wide Amazon Rainforest. Followed by this was the discovery of a Cascadian world within the Cassaneta system. The discovery of these two planets caused a major bidding war between nations and corporations. The Kover-Samolet Corporation in cooperation with Aldrin Chartering had recently invented a massive ark-ship which it had used to bring a quarter of a million people to both the Moon and Mars and was willing to use it to transport Colonists to Habitable planets. The Jungle world’s bidding would be won by the Union of Citizens Accord, and the Cascadian world bidding would be won by the European Commonwealth. Both the Kover-Samolet Corporation and Aldrin Chartering would see a massive explosion of market share as a result of this seeing its stock increase nearly tenfold. This was in many media outlets being referred to as “The Age of the Space Corporation”. However, the expansion of Space Corporations would lead to a planet wide Economic boom never seen.

As these developments were panning out, sudden anomalies were detected by the AFEV Medupe. These anomalies when further investigated shocked the world. The signals the Medupe was detecting were not just radiological phenomena but were language patterns. When word of these reached the Administrative General's office, she would immediately call on Humanities top linguists to begin deciphering the language. The Language was tricky to decipher, but the linguists were able to identify that this was in fact a language from an alien civilization. After nearly a year of constant deciphering and understanding eventually they cracked the language patterns. The Space League would meet up in a highly publicized mission where they would send a signal to the area from where they picked up the signal. The Signal was a simple message in the language “We are Aliens, we come in peace.” The response took a while, but soon the Space League would be bombarded with signals from the area and the mission was a success. The UTA had discovered intelligent life.

Eventually through much talking back and forth the UTA was able to discover more about this Alien civilization. The members of the civilization were a race of Lithoid aliens known as Gastrakite. The Gastrakite had organized themselves in a similar manner to humanity. Their government was a supranational organization but was organized to help their species explore and expand throughout the Cosmos. Their language was similar to Sumerian Script but had various differences according to various ethnicities and cultures. The existence of Lithoid beings however came as a bit of a shock to the Human scientific community, as many were expecting more… biological species. The Gastrakites were different to humans in various ways, such as their longer-lived life, their stronger physics, and their ability to seemingly live in any environment with minimal discomfort. The UTA began a mission of peace and discovery between the two species with hopes of the mission being long-term. 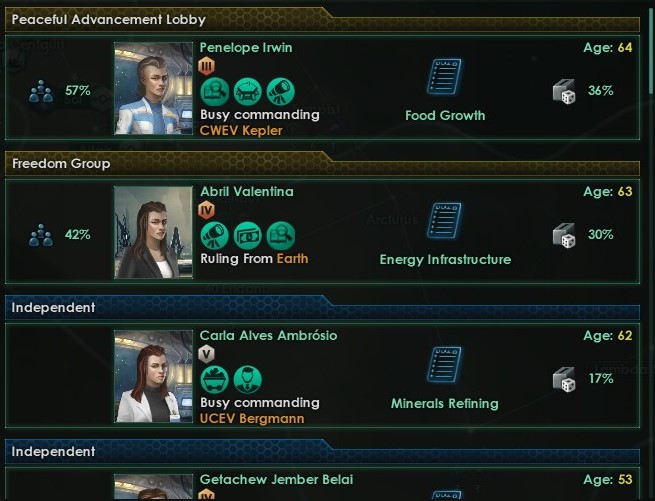 Author of For Honor and Glory, The Formican Tale: A Stellaris AAR

I have a Discord for all-manner of things, plan on expanding it for AAR's and other works similar to that

"We all want to help one and other, Human beings are like that. We want to live by each others happiness not by each others misery..." ~Charlie Chaplin

Well, corruption is a part of any kind of politics...