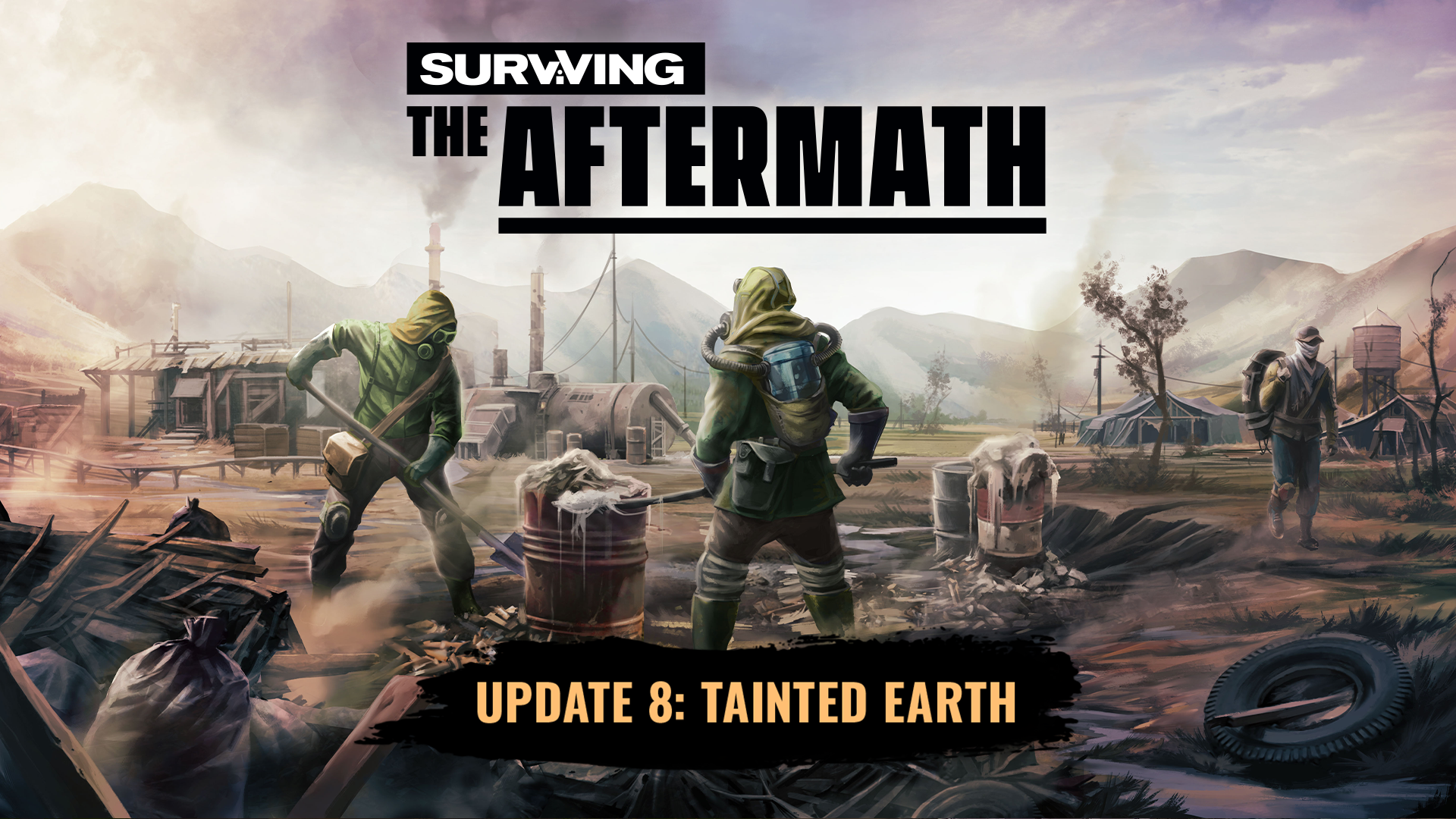 It’s time to put on your hazmat suits and dust off those Geiger counters - things are going to get glowy! Update 8: Tainted Earth is one of our biggest updates to date, and it adds 5 new buildings, new Pollution and Water management systems, and much more!

With this update, your game version should be 1.8.0.6839 on PC and 1.8.0.68 on Xbox. As always, if you have any feedback do let us know! Also, please note that there will not be an update in July, due to some much-needed vacations teamwide.

I'm enjoying the new update quite a lot, thank you for this!

It's only my opinion though, but I preferred the old green pollution more than the pink we have now. Just aesthetically, I mean. It might be nice if there was an option to choose in the menu which color you would like to denote the pollution?
Last edited: Jun 19, 2020
L

No Population increase. makes me sad
I know Devs have said it is coming, but I was hoping it was going to be this update. for even more buildings has been introduced that needs workers including early game water collection.

The main reasons why I believe an increase is needed sooner than later is as followed;

Malnutrition - In order to avoid this you need to make enough Mix Meals (or Meat and Veggie meals) to feed your entire colony. this means you need a large portion of your population on farming, fishing or hunting. Which is not bad this can be done. But it does not leave you with many to do other jobs such as carriers.

Food Workers - All this means, for 1 full Mess Hall you need 9 workers. I have also found that 1 full Mess Hall only produces enough meals for around 20 people. which means you need 5 such set ups. Which means you need 45 people working in these buildings alone. Add the 1/3 of people farming and fishing/hunting, that brings the number of people out of 100 (soft cap) to 78 leaving you with 22 to do everything else.

And I haven't added in things like Guard Post, Maintenance Bays, Bio Factory, Environment Station, Water Carriers, Burial Pit, School or Trade center. Because some of these become obsolete and can be micro managed to only work a certain times when needed or only when practical.

Now my Math may not be exact. This is only what I have seen in my games. and yes I know its a survival game and things aren't meant to be easy nor efficient, And yes I know it is early access. I am just saying that after 4 straight patches that have added new buildings that require workers in them, it is time to increase the Pop Cap. I'm sure a slight increase would not hurt performances too much if at all.

Also a side note with all the new ways your colonists can die now with Attacks, Hostile colonists and the like you are not able to get above 100 via events for too long before some die. so the games where I was able to get 120 with the Soft Cap of 100 are Gone the most I have being able to get since Bandit attacks came in is 109 which quickly fell back to 100 after back to back Gate attacks.

I'm glad that there's a lot more things to do now. But yeah, with that many things to do around the colony, we need the workforce to support it. Else there's too much micro-management that would take away some of the "relaxing" nature of this game for me. Which is why I wasn't that keen on the past 2 updates.

I got busy and stopped keeping up with the updates. Does 1.8 include all previous updates?
Toggle signature
"If you love wealth greater than liberty, the tranquility of servitude greater than the animating contest for freedom, go home from us in peace. We seek not your counsel, nor your arms. Crouch down and lick the hand that feeds you; may your chains set lightly upon you, and may posterity forget that you were our countrymen."
J

Hello! I cant play, my screen is freeze. Firstly i saw my (planting) field have 124% and I reload worker and screen is freeze now ;( My save doesnt work(I have a loading screen all the time), but auto save working.. but if i do something with this field its the same again;(

@Jumiko heya! Thanks for these, we'll take a look and hopefully have a fix for you soon

Khuden said:
I'm enjoying the new update quite a lot, thank you for this!

It's only my opinion though, but I preferred the old green pollution more than the pink we have now. Just aesthetically, I mean. It might be nice if there was an option to choose in the menu which color you would like to denote the pollution?
Click to expand...