Chapter 1 : The Great Duchy of Tuscany before the Revolution
Chapter 2 : The Revolution Aftermath
Chapter 3 : The Birth of the Etrurian Republic
Chapter 4 : The Extension of the League
Chapter 5 : The Harder the Fall
Chapter 6 : The Time of the Fazione

Chapter 7 : The New Guard
Chapter 8 : What we do in the Shadows
Chapter 9 : The Council of Italy
Chapter 10 : The Second Italian War of Independence

Well since I can’t really continue my previous AAR I’ve decided to start another, this time based in the world of Divergences. I see some of you here ask yourselves what is Divergences : in short it is an alt-history mod for Victoria II which started in 2010 and somehow continues nowadays (more information here)

To continue my tradition of mild interactivity I’ve decided to let you choose which nation I’ll be playing. I’ve chosen 5 possibilities, each promising an interesting game! So let us get to them : 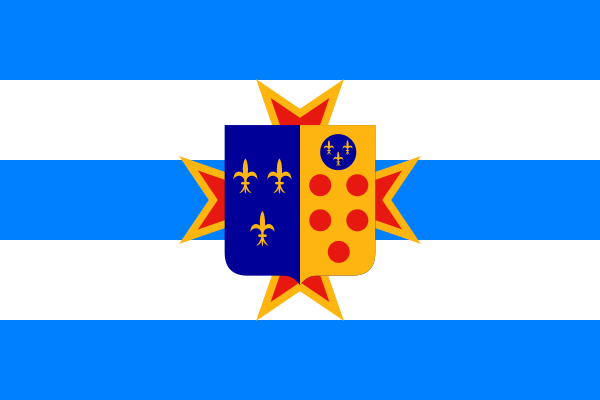 Etruria is the only remaining revolutionary Republic of Europe. After having overthrown the Valois-Medicis, the revolutionaries nearly unified Italy until Aragon intervened and reduced them to the old borders of the Grand-Duchy. The status quo in Italy can easily be disrupted and if Etruria manages to unite the Peninsula then Europe might fear a new explosion of Revolutionary ideals….
2) Spain

The kingdom of Spain, formed by the Union of Portugal and Castile has been in decline for much of the past century. Their position in Asia is challenged by the Burgundians and the Scandinavians and they only hold their bases of Rangoon and Goa. The war against their ancient colonies of the New World is entering its last stage and will determine their standing amongst the Great Powers. And in the East, the decline of Aragon might allow the Spaniards to unify Iberia.
3) Tawantinsuyu (Inca Empire)

The Incan kingdom is the only Native state which hasn’t been conquered by Europeans. Much of the old Empire, including the capital of Cuzco is the hands of the Colombians and the recent defeat of the Empire at the hands of Bolivar has crushed the hopes of the Inca. But his successor is planning new reforms that might change the face of Ameriga…
4) Plantagenia 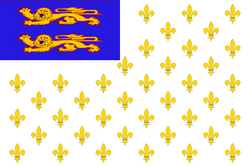 The kingdom of Plantagenia is the oldest colony to have acceded independence in Arcadia and Ameriga. The Plantagenets rule a Parliamentary Monarchy based on plantations and slavery. The disputes are numerous in Arcadia with the Northern and Eastern borders being fought over with Vinland and the Seven Republics. Even in the West the Kingdom lurks on Lusitania and the Great Plains. Maybe la Nouvelle-Orléans could become the the seat of a new Great Power which would control all Arcadia…
5) Provence

Provence is a relic from the Renaissance era. The duchy is the last seat of the Valois-Medicis pretenders to the throne of France. The duchy clings to independence thanks to the protection of Barcelona and many wonder how much time they will last against the might of the Dual-Monarchy. But they still have supporters in Occitania, and one must not forget their claims in Italia that could spark a renewed era of war in the Peninsula.
You have until 19h (CEST time) 4th 9 September to vote, so pick one choice (don't choose poorly ). I've chosen 5 small-medium nations which got the more lore in the mod so there isn't an obvious choice here.
Last edited: Oct 31, 2015
Expand signature
Divergences of Darkness : the undying alt-Vicky mod for Heart of Darkness


If it loses:
2 Plantagenia
3 Spain

Edit: I don´t know but if Inca loses I would rather choose Plantagenia and Spain over the other 2. Maybe this format is clearer.
Last edited: Sep 2, 2015
Reactions:

Looks to be good, I've been thinking of doing a DoD AAR after my CK2 run and this from the current mastermind should be a fun ride!

Zerodv said:
Edit: I don´t know but if Inca loses I would rather choose Plantagenia and Spain over the other 2. Maybe this format is clearer.
Click to expand...

AvatarOfKhaine said:
Looks to be good, I've been thinking of doing a DoD AAR after my CK2 run and this from the current mastermind should be a fun ride!
Click to expand...

Well I've been tempted for a while and since my first AAR is dead because of lost saves I've decided to try it.

The aristocracy speaks the same language as in Paris (since most of them come from the Anglois nobility). In campaigns, it's harder to say. I imagine most Plantagenians to speak some Cajun dialect depending from where they come. But as always with languages in DVG there isn't a defined answer

I want to see what you can do with it
Click to expand...

I did some good stuff back in the old days but the new setup will be harder to crack, so maybe it will end in failure ?
Expand signature
Divergences of Darkness : the undying alt-Vicky mod for Heart of Darkness

Provence. For the King! ;-)
Reactions:

Yes, definitely Provence. The initial setup is difficult, but the rewards are great, especially with that super blobby Transalpina option.
Expand signature
Omega - A mod for Europa Universalis IV that turns a random AI country into a ridiculously overpowered endboss. It now has a completed AAR!
The Australia Project - Complete. A V2/POP Demand Mod AAR illustrating a fictional book by one Liam Jacobson. Has won multiple awards - see my inkwell for details.
Check out my inkwell if you want to read my previous AARs.
Want to read an urban fantasy/sci-fi novel? Behind the Bitmask is on Amazon!
Interested in my thoughts on underground heavy metal, and otherwise keeping up with my projects? Click here!
Reactions:

I vote for Plantagenia. I can't wait for a new DoD's AAR.
Reactions:

Etruria. Vive la Revolution!
Expand signature
Check out my Inkwell for a list of my AARs

I vote for Provence. They are the most interesting in my opinion.
Reactions:

This Isn't Even My Final Form!

I vote for Provence. All hail house Valois, and the king who sits upon the Iron Throne! The true Kings of the North France!
Expand signature
Occupation: College Student
Ideology: Potoooooooo
Meh, I Can Take 'Em — a CK2 Hohenzollern HIP DisastAAR
"Thou art my battle axe and weapons of war: for with thee will I break in pieces the nations, and with thee will I destroy kingdoms." — Jeremiah 51:20
Reactions:

Could you possibly point to the nations on the map? I'm not sure which is where (obviously I have an idea).

I must say I'm leaning towards the Incas despite their, erm, interesting flag.
Expand signature
The B - known for long breaks.


The Greatest Germany
A Victoria II AAR following the formation of not just a pan-German, but a pan-Germanic state.​
Latest update: LIX - The Seat of Empire

From the Mountains: A Ural State AAR - On Hold
Reactions:

Gaaah, all these filthy Provençals, I imagine with that nation you'd want to time becoming a GP well so that the DM won't stomp over you.
Expand signature

By Inti! Build an empire worthy of the Sun God! Just to be sure and to take no chances: my vote is for the Incan Empire.
Reactions:

The B said:
Could you possibly point to the nations on the map? I'm not sure which is where (obviously I have an idea).

I must say I'm leaning towards the Incas despite their, erm, interesting flag.
Click to expand...

I don't mean to step on Attalus's toes, but if I may;

The B said:
Could you possibly point to the nations on the map? I'm not sure which is where (obviously I have an idea).

I must say I'm leaning towards the Incas despite their, erm, interesting flag.
Click to expand...

Yeah it can be complicated when you don't know the mod and its lore. I'll add some screens for each nation starting position.
Expand signature
Divergences of Darkness : the undying alt-Vicky mod for Heart of Darkness

Plantagenia!! They've got great story potential and are a growing american power.

Plantagenia for sure. The community simply needs to see the glorious Arcadian Empire.