[UI] Some Interface Improvements for Condotierri.

Jump to latest Follow Reply
Menu
Install the app
You are using an out of date browser. It may not display this or other websites correctly.
You should upgrade or use an alternative browser.
Europa Universalis IV 77213 EUIV: Suggestions 16763 EUIV: Technical Support 6031 EUIV: FAQ & Strategy Guides 202 EUIV: AAR's, Let's Plays, and Fan Fiction EU IV: Alternate History Short Story Contest Contr 26

I feel like this should be a relatively easy change that would help make condottieri easier to use. I've included the following mock-up as an example of what I mean: while playing as Mali I'm renting condottieri to Katsina, who is at war with Air and Yao. Being able to see those countries at a glance on the diplomatic map mode would be really nice. Obviously the color could be better. 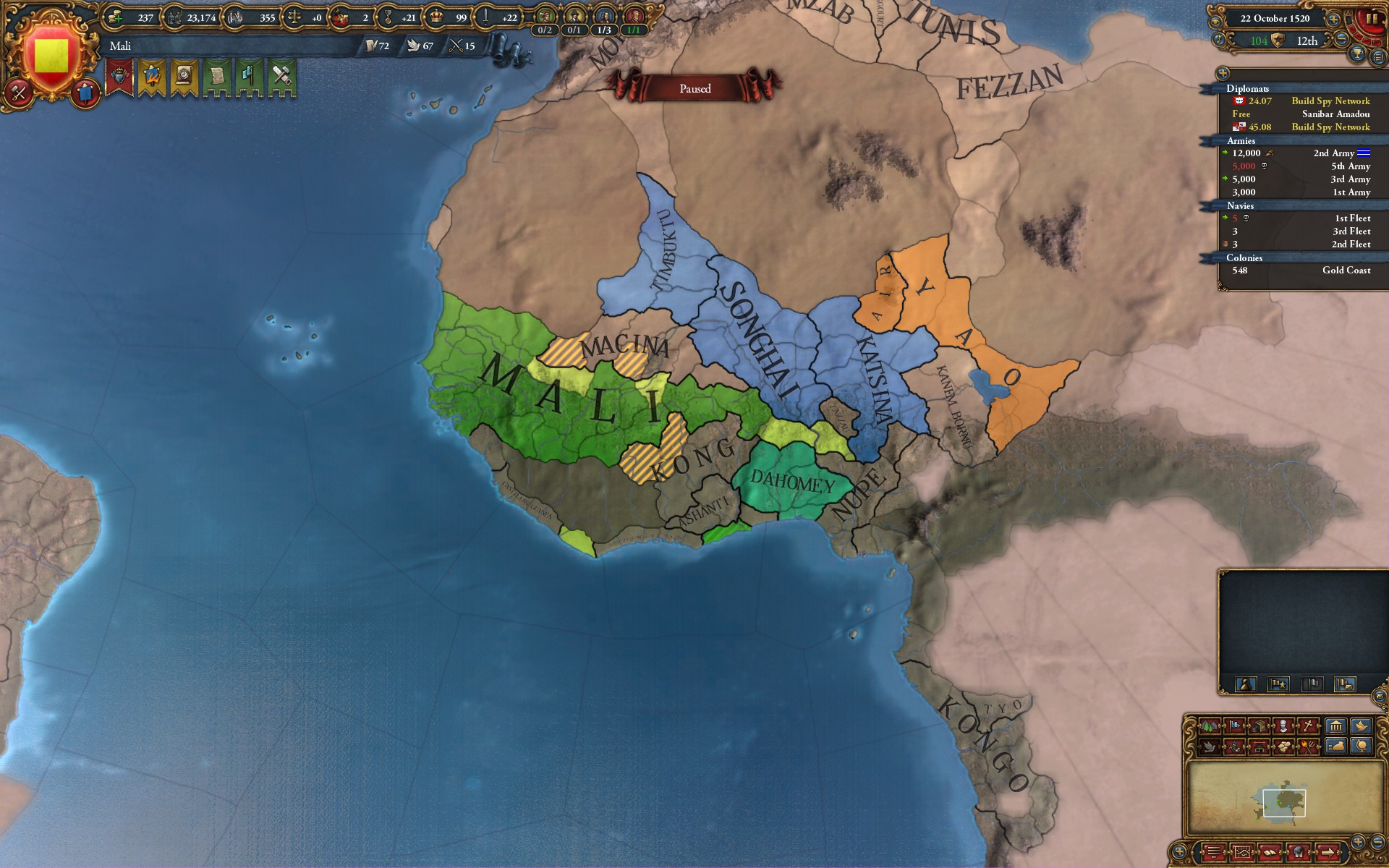 While I'm at it, I'd love it if there were some way of easily checking the course of the war I'm involved in by proxy, like a slightly different version of the "war shield" that shows up when you're at war, but showing the war my condottieri are involved in (especially nice would be seeing how the AI thinks they're contributing). Again, I can click on the nation I'm renting to and check, but it'd be nice to have a little thing showing me the warscore at a glance so I can make decisions about when and where to send my condottieri easier. I understand this would be a little harder and I'm not as hopeful about it, but it would be a nice little quality of life change to help make condottieri easier to use and thus more fun. I think they have a lot of potential, especially for role-playing, but are hampered by ease of usability issues like this.

The dragon of bhutan

I'm adding this to my signature
Toggle signature
Horde enthousiast
Grammar nazi
Why keep your religion when you can return to your roots? I haven't seen a tengrimans campaign yet.
Add 'Culture Mapmode' to the starting screen.
Autonym Empire 2.0: add more immersion to your games by using native language names.
Show hidden low quality content
You must log in or register to reply here.
Share:
Facebook Twitter Reddit Tumblr WhatsApp Share Link
Top Bottom