Menu
Install the app
You are using an out of date browser. It may not display this or other websites correctly.
You should upgrade or use an alternative browser.
Tyranny 774 Suggestions & Feedback 149 Support & Bug Reports 1103 Your story (May contain spoilers!) 3 The Story (Spoilers!) 42 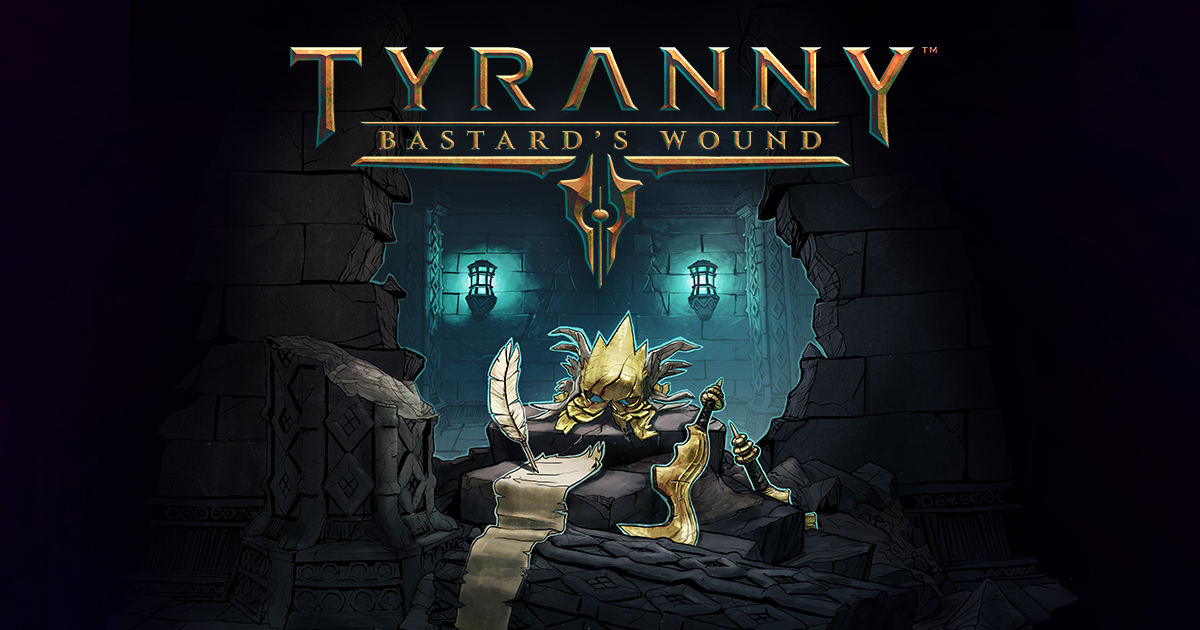 STOCKHOLM – Sep. 7, 2017 — Paradox Interactive, a publisher of games full of hidden secrets, today released a major expansion for Tyranny, the award-winning role-playing game (RPG) developed by Obsidian Entertainment. This new expansion, Tyranny: Bastard’s Wound, is available today on Windows, Mac, and Linux PCs for $14.99. Players who add Bastard’s Wound to their game will discover an all-new in-game region with new quests to solve, new secrets to uncover, and new ways to deliver the Fatebinder’s unique brand of justice.

See what awaits in Bastard’s Wound in a game trailer:

Tyranny, an original RPG from Obsidian Entertainment, takes place in a world conquered by Kyros the Overlord – and the player, as one of Kyros’ Fatebinders, must enforce the new laws of the land as they see fit. This expansion adds a new region, the titular Bastard's Wound, a hidden corner of the Tiers where the castoffs and refugees of Kyros' conquest struggle to survive. Players will find new lands to explore and challenges to complete, along with new random events, new powerful artifacts, and new companion quests featuring Verse, Barik, and Lantry.

A free update has also arrived today for all players of Tyranny, featuring new voice acting and expanded story content including expanded conversations, missives, and a new cinematic finale. Tyranny can now be experienced like never before, with even more momentous decisions and world-shaping choices awaiting both veterans and newcomers. Read the full Patch Notes here

I just purchased the add on and... can't find any way to download the game on my mac.
Why is it si complicated, on Gog you just clic download and its done ?

Do we need to have a steam account ?
Is there any help page for this case ? could not find it.

Oh no. Paradox DLC has co-opted Obsidian's inability to finish a game. $15 for companion quests in a game we already finished months ago? Not a lot of money, but so far I'm not interested in starting that second play-through.

ZechsMerquise73 said:
Oh no. Paradox DLC has co-opted Obsidian's inability to finish a game. $15 for companion quests in a game we already finished months ago? Not a lot of money, but so far I'm not interested in starting that second play-through.
Click to expand...

While I hear you, the game is designed for multiple play-throughs anyways...I've played through it about five times so far, this just made me want to play through it another time.
Toggle signature
Can I pet your fox?

The only reason why I'd pay for this is if I knew the money was going to the writers, artists, coders, and voice actors -- similar to how CK2 does with art packs. Otherwise, it should have been a free DLC to get us pumped for the next feature length title.
Show hidden low quality content
You must log in or register to reply here.
Share:
Facebook Twitter Reddit Tumblr WhatsApp Share Link
Top Bottom