Jump to latest Follow Reply
Menu
Install the app
You are using an out of date browser. It may not display this or other websites correctly.
You should upgrade or use an alternative browser.
Crusader Kings II 69570 Bug Reports 19686 User Modifications 10505 Suggestions 5872 Tech Support 6332 After Action Reports
Show only dev responses

A question to Joror or any other more experienced user: Is there anything I can do when the model appears correctly in the preview (with textures etc.) but the geometry is distorted in game? Already exported to .collada and mesh and the problem remains.

Is it possible to get this to look into existing .xac files? I'd like to try and make a custom frame for a map but I have no idea what the scope/size of the in game frame is and being able to reference the original would be a huge help.

I get how to convert from EU4 (mesh) to dea (tho blender messes up as Y is up when in blender Z is up), but I cannot get it to extract from CK2 (xac). Doing it wrong or doesn't work yet?
Last edited: Mar 13, 2016
Toggle signature
"Nothing can be deleted, but everything can be overwritten!"

valrossenOliver said:
I get how to convert from EU4 (mesh) to dea (tho blender messes up as Y is up when in blender Z is up), but I cannot get it to extract from CK2 (xac). Doing it wrong or doesn't work yet?
Click to expand...

This tool can only extract .mesh format, not .xac. Models made for Charlemagne expansion and later use .mesh.

Quick question when exporting the dae file, do you need to delete the camera and light as well or does the conversion ignore those?

blckdrgn said:
Quick question when exporting the dae file, do you need to delete the camera and light as well or does the conversion ignore those?
Click to expand...

If I remember correctly, no. At least I don't think I did so.

Awesome, I'm going to be trying this all out hopefully soon, first time doing anything 3D and scripted so it's a brave new world.

Does anyone know how to get a 'coat of arms' on a unit sprite's shield through PdxMeshTextureAtlas PDX Shader? What is required?
Toggle signature
Check out my two total overhaul mods for EU4 v1.12.2, both set in the ancient era!

If using this, You no longer need to use step 11 on the second post. It causes graphical issues with the reaper's due disease smoke graphics.
A

I'm exporting model for which i want to use Ck2 skeleton for english archer.
Currently I'm exporting it with Armature that belongs to english archers which leads to model being strangly rotated along with armature.
Is there any special thing to do here?
Toggle signature
Modder for Warhammer Geheimnisnacht

Sad that this was not made more use of, or if I'm wrong, what mods use custom models?

I'm looking for someone who would like to make mounted Native American models for a mod I'm currently making for the After The End mod for CK2. It's an overhaul and expansion of the Plains tribes and I need some warbonneted warriors on horses. The EUIV skins would work just fine if that's possible, or redoing some existing horse archers and lancers.
H

tarzanofmars said:
Sad that this was not made more use of, or if I'm wrong, what mods use custom models?
Click to expand...

Warhammer geheimnisnacht had models for all races ported from a medieval 2 mod iirc. Pretty sure one or both the warcraft mods use custom models as well.
Toggle signature
Team Member on Warhammer: Geheimnisnacht
CK2Plus Factions Standalone Mod [Forum, Steam]
E

Hello @Joror , and @Skyllio and thank you for this mod.
I am currently trying to mod in a new mesh for the game March of the Eagles. Apparently it's closest to CK2 or EU3 DW.
I got the model I wanted, saved it from blender, opened it in Jorodox, converted it to a .mesh, and then copied over some square .dds images to apply the diffuse, normal and specular textures, as seen here: 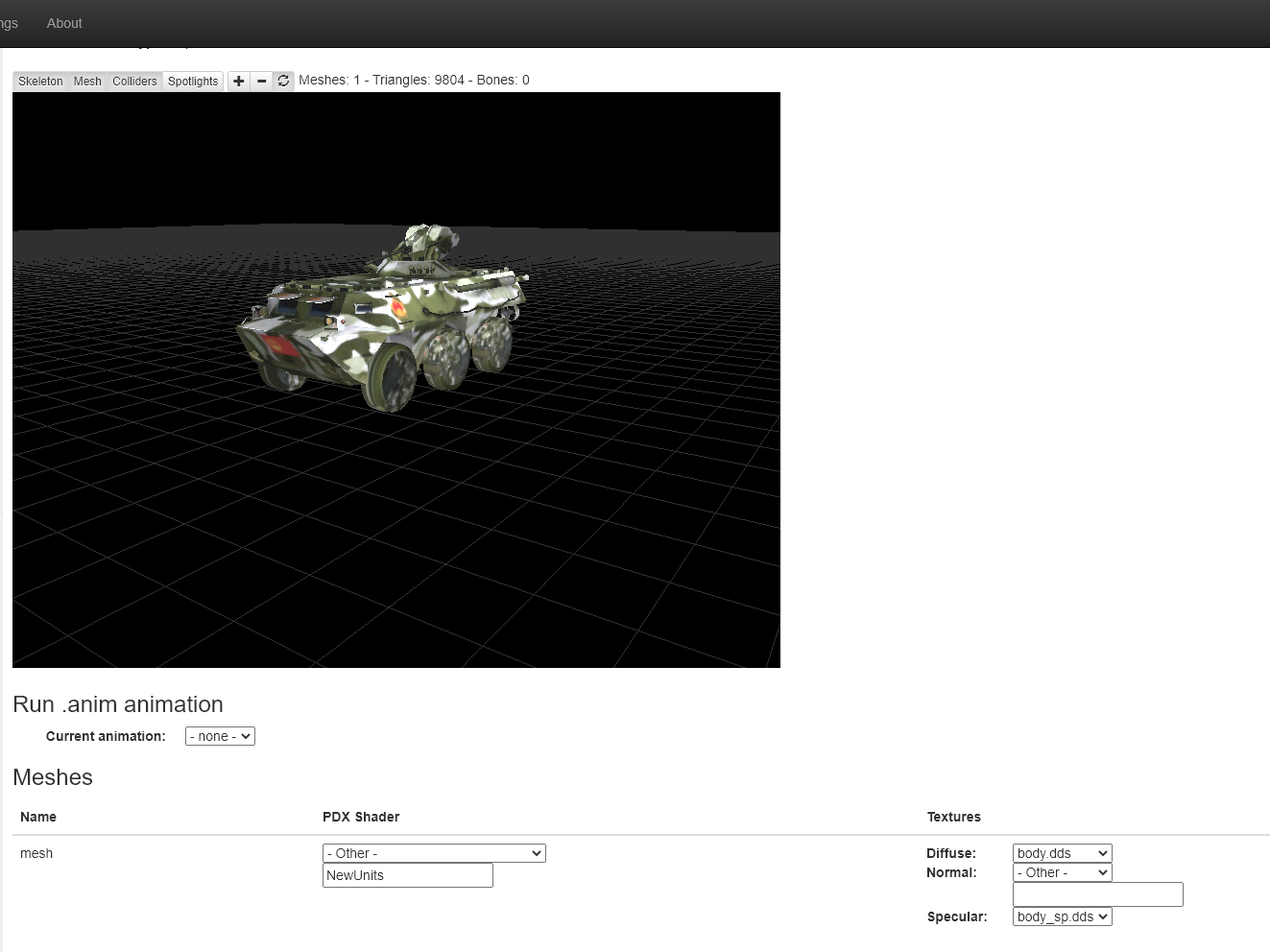 I didn't specify a normal map because it doesn't seem to make a difference. I also used the PdxMeshStandard for the shader. Then I went ahead and clicked "Save mesh changes to file".

I copied the mesh into the game and it appears on the map, but it's completely black and has no textures: 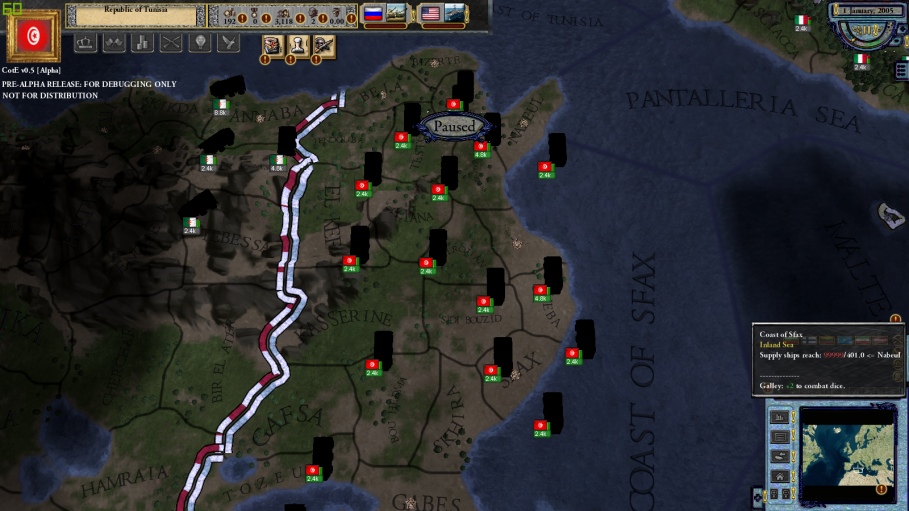 I changed the PdxShaders from the list, but anything else I select just makes the unit completely invisible. Then I went into the game's gfx/fx/pdxlua.fx, and I found a list of techniques, including one of them called "technique PdxMeshStandardSkinned". The other one was the "PdxMeshStandard" and a third one which when used also made the units inviisble.

I changed PDX shader to "other" and I set it to use "technique PdxMeshStandardSkinned". In game, the units actually somewhat show up, but they're simply a ghostly shadowy outline of where the APC should be. Also, unlike with PdxmeshStandard, the game doesn't ignore the animations, so I can see the black shadows "walking" around which is pretty funny.

Here's the code from the PdxMeshStandardSkinned:

Is there any way for me to export my mesh to work with March of the Eagles without it being completely pitch black??