I'm posting some of the maps I gathered during my research 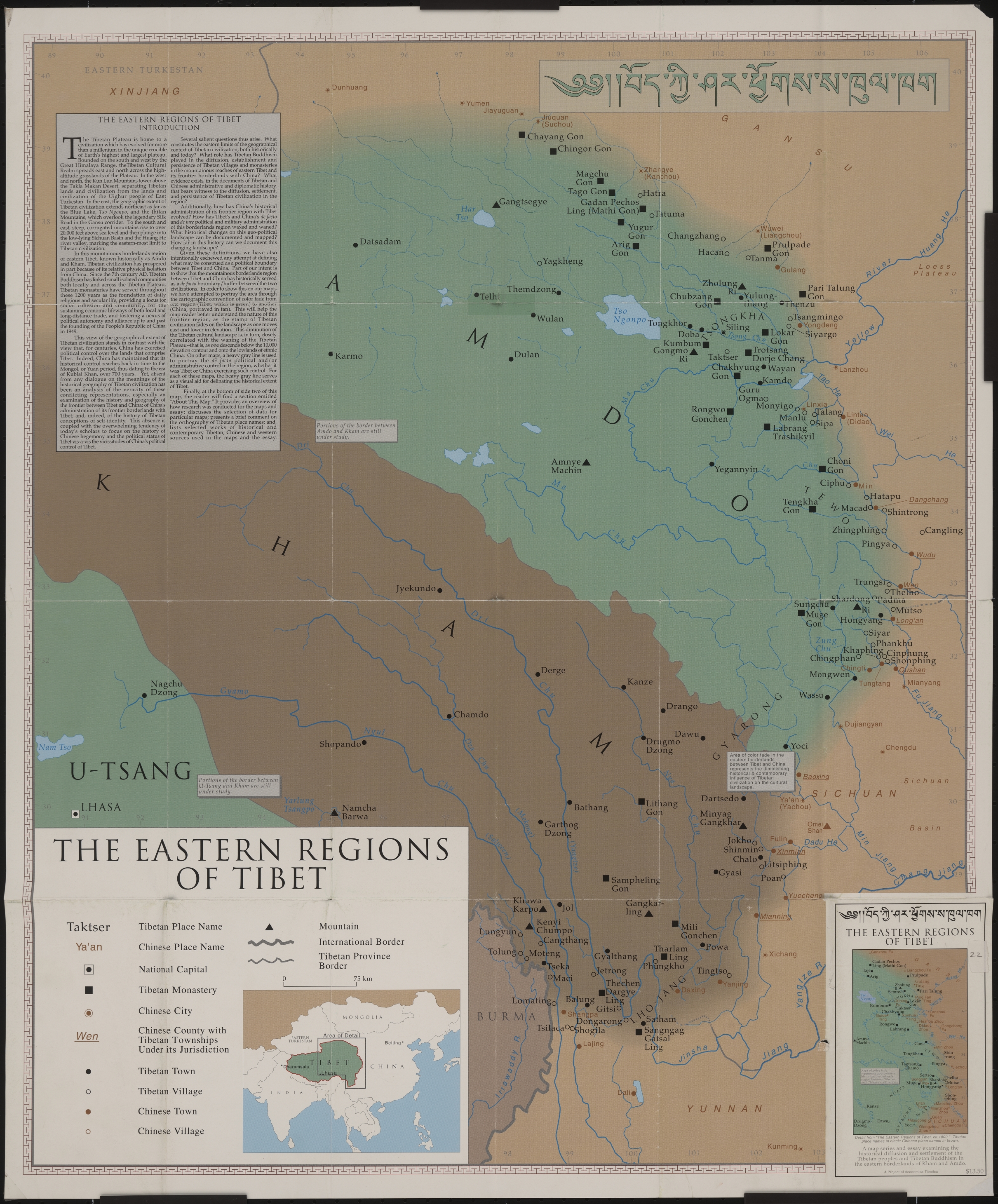 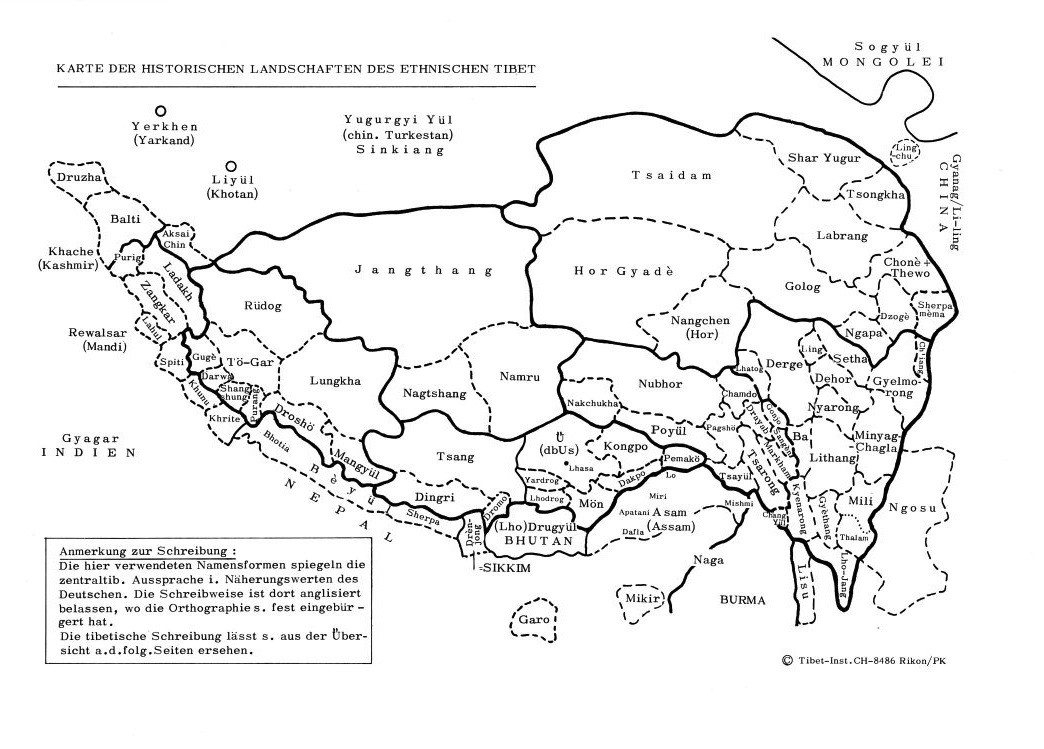 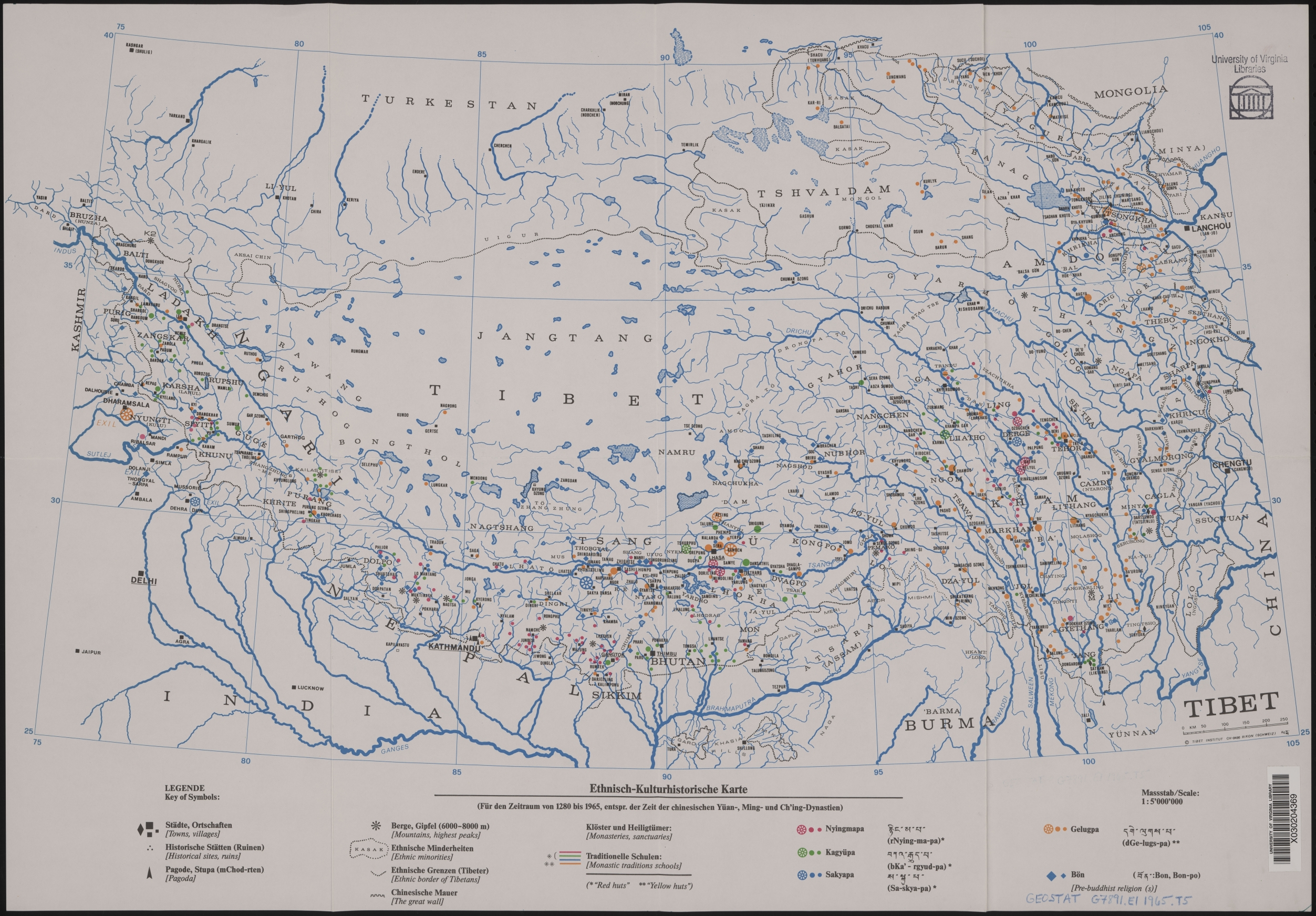 So I decided for a threadmark to show of my end result, that way I don't need to write much more. But well, all sources and arguing I done for the changes to the tibetan region are in this thread or previous thread. I'd be happy to answer any inquires. I will post my changes to the tibetan region area wise; I will not bother with reiterating the topic of my hindu kush thread, I made that in the same mod but they have their own thread. So I will make this final post akin to a patch note to go over my changes, area by area:

Tsang area (previously U area):
Switched name so this area is correctly named Tsang and not U.

New wasteland (Khumu) between nepal and parts of Tsang

U area (previously Tsang area):
Switched names so this area is correctly named U and not Tsang,
Removed Nagchu province from area.
Changed ownership of Lhasa and Nyingchi to U
Lhasa has lvl 1 COT

While it won't show in my maps, I suggest tibetan culture are renamed Bödpa

Decisions:
Tibet can now be formed by countries in with the following cultures: Tibetan/Bödpa, Amdowa, Ladakhi, Khampa

Decision to form Tibet now requires the provinces of Lhasa, Rebgong and Dege 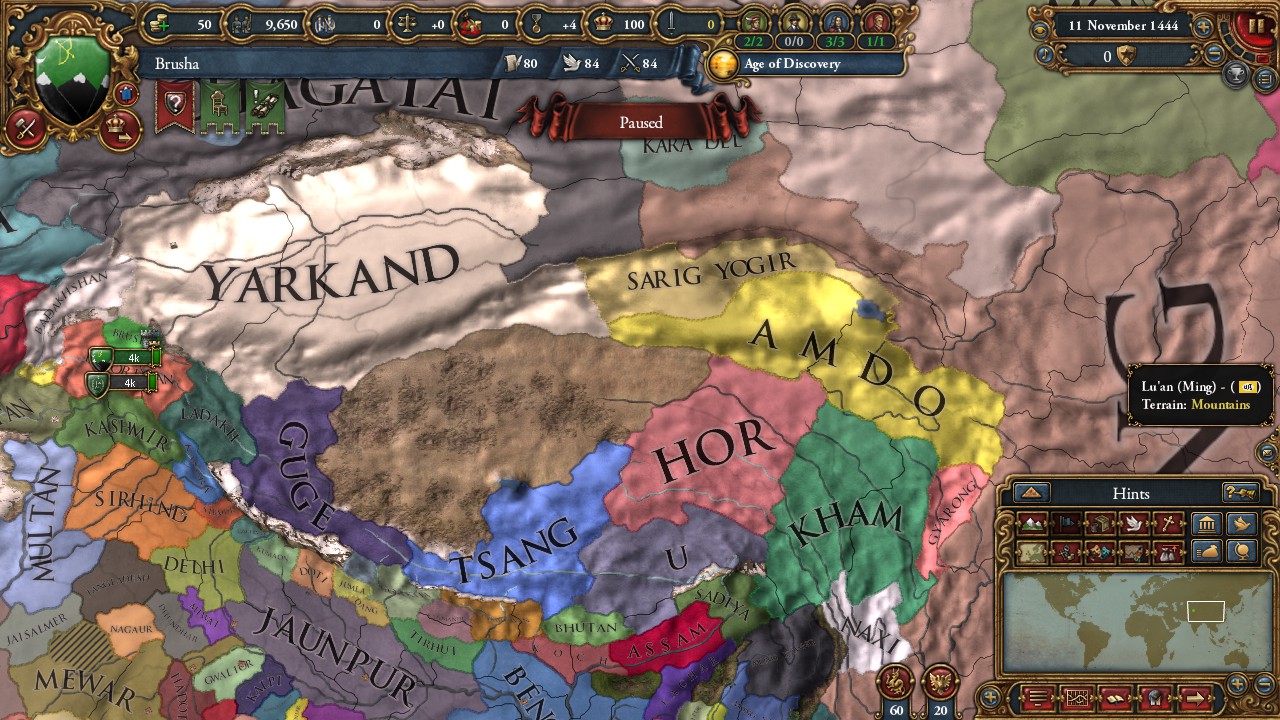 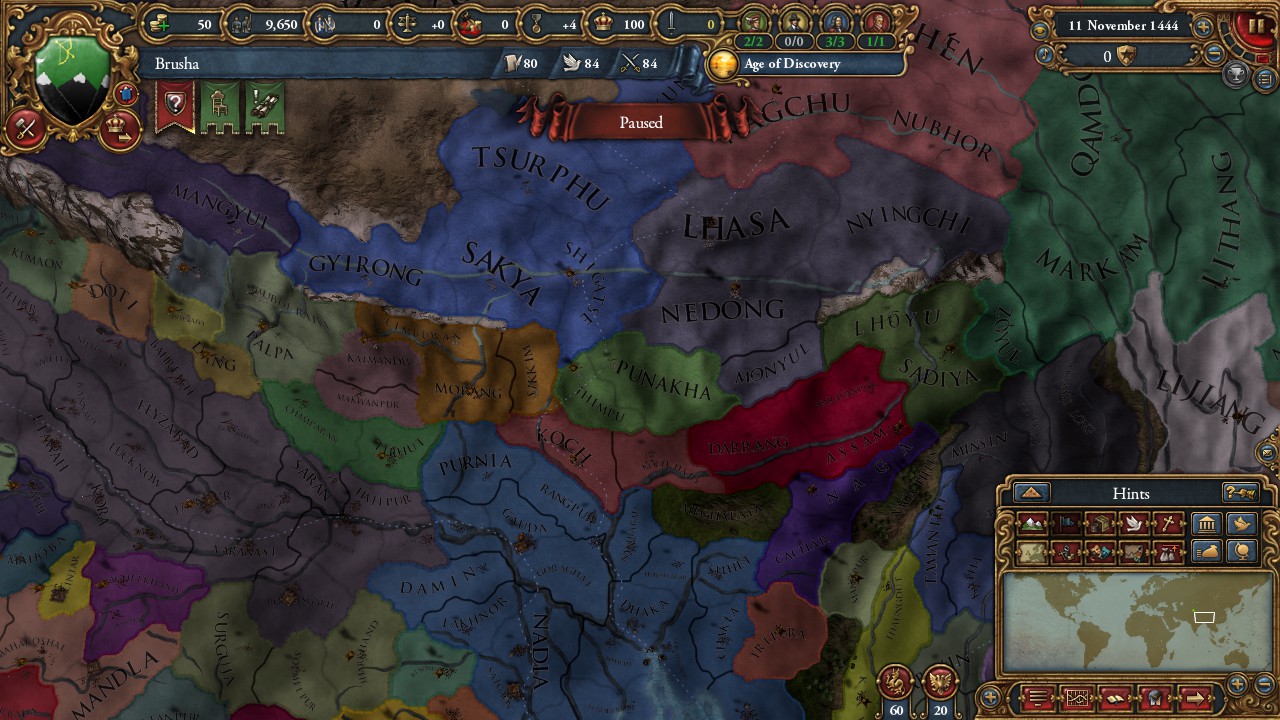 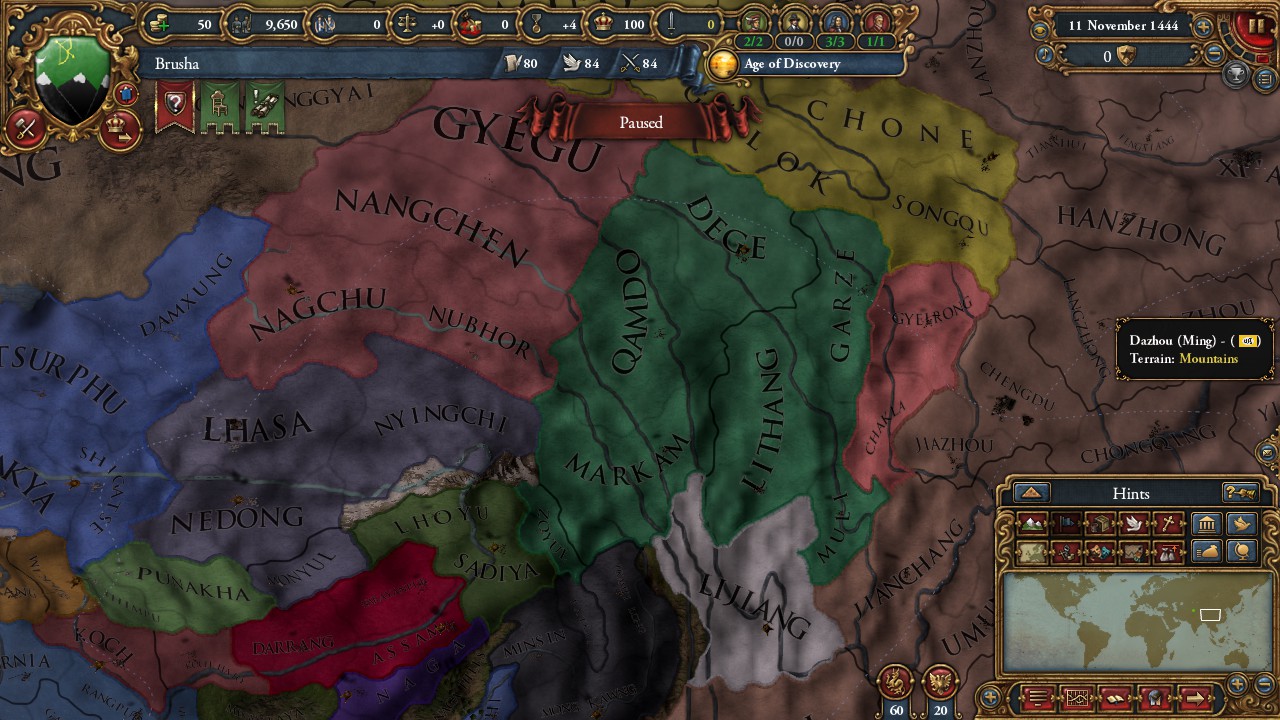 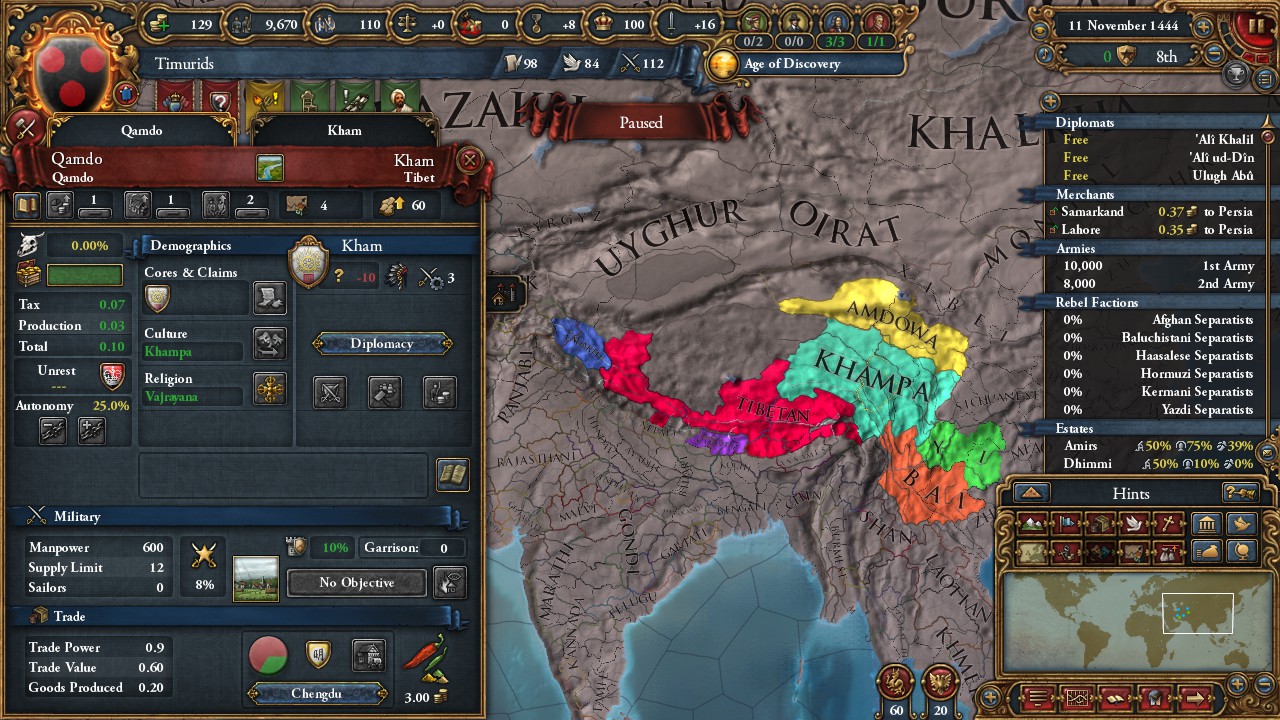