The Shadow of Germany

The year that the organization was founded is not clear, but it is known that Wilhelm Friedrich Ludwig was the latest man to have worked with them. The Organization that was later called “Schwarze Schatten”, was a group of men that aided the Kaiser of Prussia and later Germany too the fullest. But in the course of time the “Schwarze Schatten” was forgotten by the aging Kaiser.

The members of “Schwarze Schatten” were men lusting for power and wealth, and in gaining more wealth and power they would do everything and therefore these men were considered dangerous in most country and were exiled from their Fatherlands. But Kaiser Wilhelm I saw also that these men were good companions in taking down France. The Kaiser promised the men lands and properties. In exchange the men eagerly gave the Kaiser the money to wage the Franco-Prussia war of 1870-71 which was later refereed as the war that made Germany.

To maintain his new conquered lands the Kaiser of Germany, gave the men their land and properties to stay on their good side. But as times flew by with no war, the Kaiser forgot all about the “Schwarze Schatten” and therefore the men of the Organization started to look for other opportunities to gain wealth and more power.

When Wilhelm I died his son Wilhelm II became Kaiser of Germany. The young Kaiser wasn’t aware of the Organization because his father never mentioned them, so the Kaiser couldn’t call for their aid when WWI started. This was a fatal factor, because if the Kaiser could have used the recourses and information from these men then maybe there wouldn’t have been a WWII.

Between WW I and 1930 it isn’t known were the Organization was. But it is known that Hitler asked these men to help him gain power over Germany and gain enough funds to get Germany back on its feet, to help Germany out of its misery economic situation and help gain its self-respect back. Within 3 years Hitler was chancellor. This wasn’t possible without the help and funds of “Schwarze Schatten”.

But in fact it was landmass he owned the Organization in return for his Chancellorship and money to help the German people get out of the depression and regain its self-respect as a country.
Last edited: Aug 28, 2010

Hello and welcome to my second attempt to make a good AAR. This time I hope it stays a bit longer and I hope that my pc wont delete my pictures.

Anyway I am going to play Germany 1936 senario.

I hope you people will enjoy it.

And tips or any kind of commentairies are welcome. And please notice that English is not my native language so there are lots of grammar mistakes and such things.

I Always approve of another Aar! will be whatching!

Hitler was sitting in a room of a hotel near the Reichstag. He was sighing for at least 30 minutes, thinking about the deal he just made with the “Schwarze Schatten”. How the heck could he take all that land from the Russians and Poles? Asking them wasn’t going to work he knew that much.

But if he denied up holding his end off the bargain who knew what the “Schwarze Schatten” were going to do. There was even whispering that some unknown organization was behind the Krach. The thought alone that the “Schwarze Schatten” could even do something like this made Hitler scared. But Hitler’s intention was only to help Germany. He had no love for the Russians but he had lesser love for war. The terrible battles from the Great War made sure that he would seek any kind of alternative than war, but there weren’t any.

When Hitler was just about to stand up there was a loud banging on the door.

Hitler didn’t know what the men were saying but clearly they were from the Organization.
Hitler hastily said that he was in the room and that he needed another minute to take his stuff and get his speech for the German people about the “Lebensraum” idea. He actually already got the speech from the Organization in his pocket and had his stuff but he needed another minute to calm down and to get himself ready to do something that he would have loved to avoid. This was a speech that could easily make all the contact with the CCCP freeze or worse.

After 5 minutes Hitler walked to the door, when opening the door Hitler was stunned to see two big and black Africans “guarding” his door. He quickly looked over his shoulder to try and pretend to have forgotten something. But before he could say anything he was grabbed by his shoulders and the two men lifted the small man up and escorted him to the stairs.

When the three men arrived at the lobby the two African men “dropped” Hitler and after that the African men left Hitler behind. Hitler was confused, who the hell were these men, these weren’t the men he meet the first time in 1930, but then again who would they else been if not men from the “Schwarze Schatten”, who actually wrote the whole goddamn speech. Maybe they were sent so that Hitler wouldn’t forget the deal they made.

After the speech Hitler gained a big round of applause from the party members, it made him sick to his stomach that these people were actually supporting open war with the Russians and Poles. And the fact that they really think that the Russians and Poles are less then any other people or race. It made him so sick that when he was back in the hotel room he vomited almost his guts out.

He asked himself “who could people be so rotten to the bone?”

Van5 said:
I Always approve of another Aar! will be whatching!
Click to expand...

Well I hope I can keep it up.

In the three years that Adolf Hitler was Chancellor he often visited the countries west of Germany in order to gain good relationships for better trade deals. When he was visiting those countries in personal Hitler was welcomed with applause because he was a loved man by the people living in the countries. They saw that he was a strong man leading a country out of its misery. The people knew that Hitler’s new Industrial plan and the AutoBahn gave the German people work and their self-esteem back.

However the British and the French didn’t trust Hitler’s Germany, therefore they blocked any kind of deals or even visits from the Chancellor. Hitler’s new Industrial plan was looked upon as some kind of way to make more arms for any kind of war. Hitler’s reply to this was that Prussia was once a country that dominated central Europe and in order to regain that power Germany needed to be a country that could produce at a fast rate, and with the
Industrial Capacity from three years ago that wasn’t even remotely possible.

All of the changes that Hitler made wasn’t possible without the help of the “Schwarze Schatten”.

Hitler recognised the voice. It was the voice of the interpreter that was at his side when he visited Holland.

“Good morning Miss. Clara, how are you doing this fine day?” Hitler said when seeing the young lady.

“Well I am doing fine, thank you for asking, is there anything you wanted to see today?” The young lady said.

At which Hitler replied “Well I would like for us to visit a restaurant and after we finished eating I would like to take a stroll.”

“Well that is a fine idea, but we mustn’t be late because today Germany and the Netherlands have an important Diplomatic day.” Miss Clara Goffert said.

“Yes I know that, but sometimes politics bore me so much. It is much faster to get things done when you have a strong and united government. I think that democracy just won’t work when you want swift and hard reactions towards anything.” Hitler was thinking.

When Hitler was done eating and left to go to the meeting with the Dutch government, he was only think about the next place he would visit with Miss Clara the next time he would visit Holland.

Well what kinda of pictures do you want me to post? Gameplay or Story like , or both?

Preferebly w/ some pictures.
Toggle signature
HoI2Geek/IEPH, The Greatest Man in the Universe​
My Mods and AARs (currently active): IG(Mod), PNW II(Mod), RotE - tRB(AAR)​
Also find him on: AlternateHistory.com, SimCity Journal Union, and Deviantart​
"Those who cannot remember the past are condemned to repeat it" -George Santayana​
"Ang hindi marunong lumingon sa pinanggalingan ay hindi makararating sa paroroonan."(One who does not learn to look back to where he came from, will never get to where he is going.) -Filipino proverb​

Hitler was finally back in Germany after a long flight from the Netherlands to Munich. The visit with the Dutch Government didn’t go so well. The Dutch Government asked why Hitler held his speech about the CCCP a couple of days ago. The Dutch are not a big fan of the CCCP but they weren’t keen on poking a sleeping giant, and for this main reason the negotiations barked down. The Dutch did say that they would still make trade deal with the Germans, but any other kind of agreement would be neglected. This was an enormous set back in the eyes of Hitler. This last couple of years visiting the Low Countries was in vain. 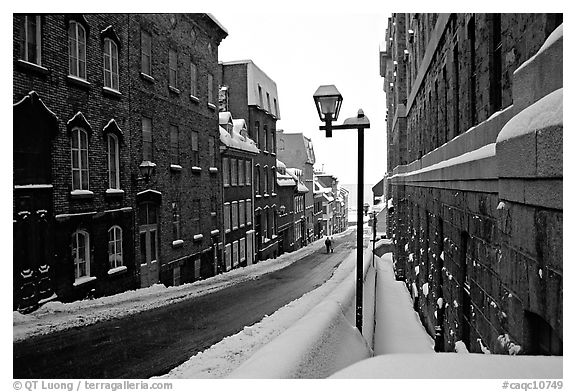 Hitler was slowly walking back from the car that stopped a few miles before his house. Hitler’s bodyguards asked if they should escort the Chancellor, but Hitler refused the offer. He needed to take a long walk to get everything right. While Hitler was walking the streets of Munich he noticed that there were other people walking at this time of night. He wondered what the hell he should do. A bullet through his head would end all, but what would become off his beloved Germany. But what would the USSR do and are the “Schwarze Schatten” really that powerful as he imaged.

Hitler didn’t notice that since he left the car he was followed by a couple of men. These men were careful not to be spotted by the Chancellor. The men were speaking to each other, something in Dutch.

Hitler though about what his next step was going to be. Maybe he would get another speech to hold, or maybe the “Schwarze Schatten” would give him an update on what they would want. Or maybe, before Hitler could think of another thing he was grabbed and before he knew it he was in the back of a car.

“What the hell is happening here…. Do you know I am the Chancellor of Germany” Hitler said when he was thrown in the back of the car.

“Wat zegt die gek nou allemaal?” Asked one of the man to another one.

“Mister Hitler, we are going to bring you to the head of the “Schwarze Schatten”. One of the man said in broken German.

“What did you say? The head of the Organization.” Hitler panicky said.

After halve an hour riding they arrived at a big mansion.

Hitler was mumbling something. But it was too soft to hear what he was saying.