hop said:
How it was done?
Click to expand...

Introduce heir mechanic gives Restoration CB to all marriage partners. Until it was fixed, it gave this CB even to and against nations that cannot use PU. I suppose Ottos become PU partner of some muslim minor and then Poland somehow get it from minor - conquest? Maybe shenanigans were deeper, let's see what's author has to say on it.
Reactions:

Nope, that was before the "introduce heir". I don't remember everything, but I think it used Moldavia, in a patch where the Ottos would vassalize Moldavia and inherit a Polish PU war. Dominion might explain it in detail.
Expand signature
Back to the forums.

Jumping around - A 1.30. journey around the world
Reactions:

EDIT: Ah screw it, I'll throw it out

It was 1.24, so I think it was the one where you put your heir on Moldavia's throne, cancelled vassalization, had Ottomans ally them, declare on Moldavia and claim both by abusing some same-day peacetreaty exploit.

You should still be able to do it with the pretender rebel exploit. Haven't done it in a while though. Was busy in India.
Expand signature
Current AAR: Eat your Greens - Kale AAR
Quidquid agis, prudenter agas et respice finem

"I think, but dont quote me on that" - Kissya
"I've not been getting it up for a long time" - DDRJake
"I'm gonna have to beat him off if I want to squeeze more out of this" - Atwix

Okay I found my old post. It was the transfer cb exploit.

Release or force-vassalize a nation your target would be domineering towards.
Take your vassal and hug it. Tell it how special it is. Slap your dynasty on its throne and check heir claim strength.

If it's medium or high, enjoy sitting around fiddling your thumbs. You need low.
Thankfully putting your ruler on their chair lowered legitimacy to 20. Once their ruler dies their heir is bound to have a weak claim.

If you get a weak claim from the start, rejoice! Now kick that bastard child out of your house.

Entertain yourself by staring out the window and contemplating existence. Not yours, but rather the existence of existence. It's essential for the exploit to work, trust me, I exist.

Once your former vassal found a new overlord you can declare on him with claim throne cb. Overlord gets called in (obviously) and the cb gets transferred to him.

Congratulations! You can force union on your former vassal's overlord!
Click to expand...

"I think, but dont quote me on that" - Kissya
"I've not been getting it up for a long time" - DDRJake
"I'm gonna have to beat him off if I want to squeeze more out of this" - Atwix
Reactions:

When you learn from the Habsburgs, everything stays within the family 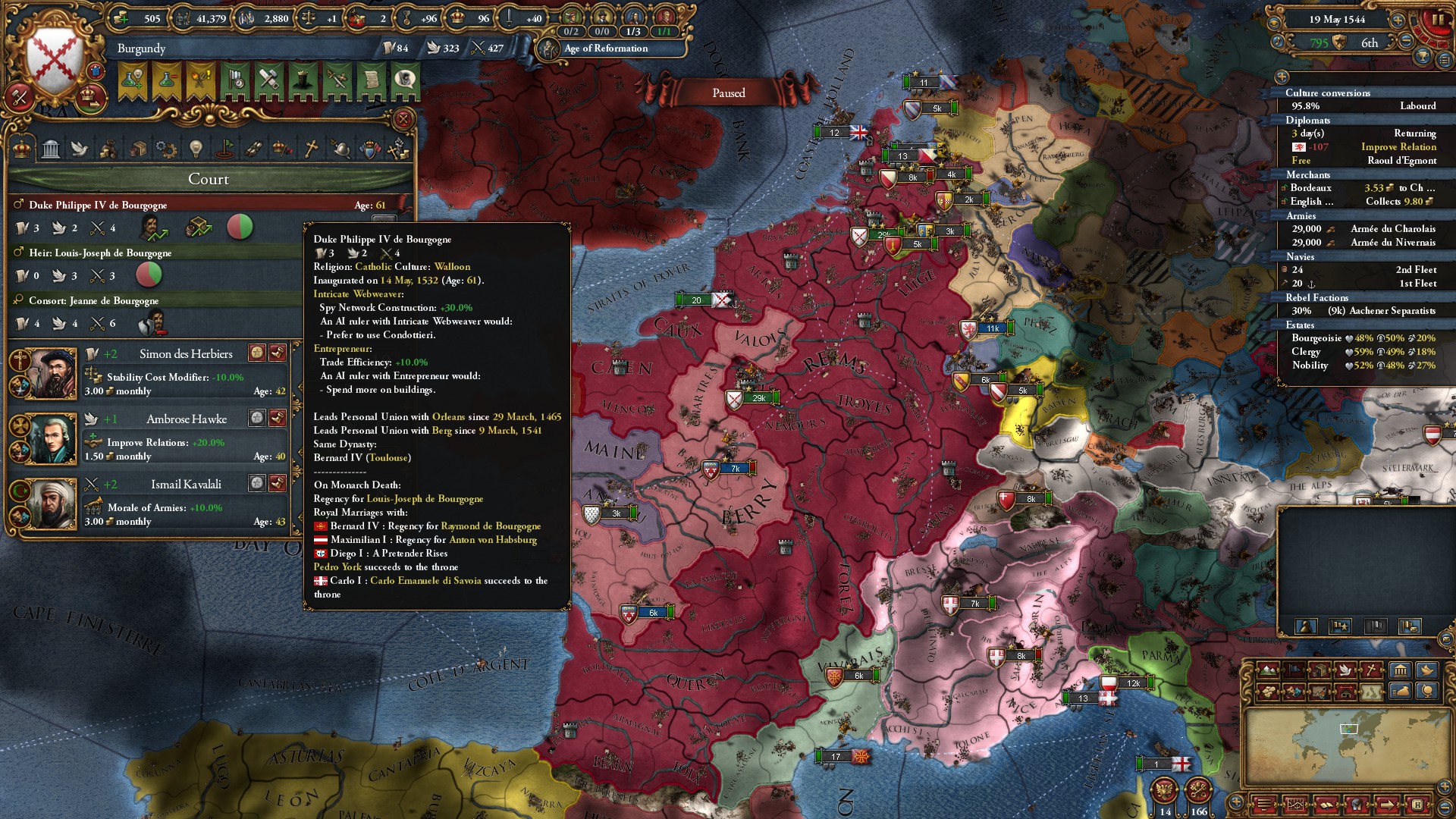 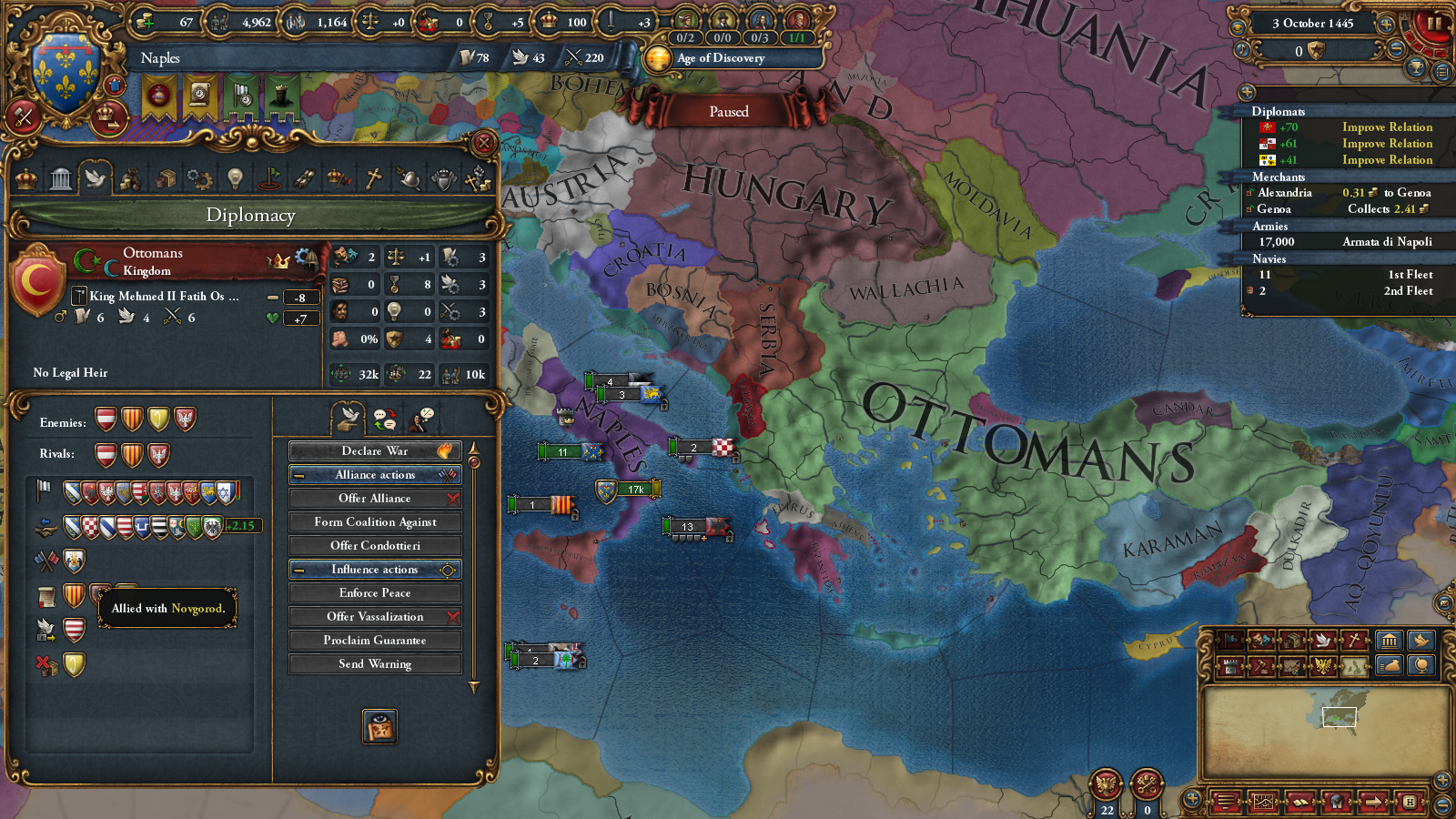 Novgorod with the diplomatic power move - Ottos aren't even rivalling Muscovy. (Not that it helped - the Ottomans dishonored the defensive CtA in 1467 already) 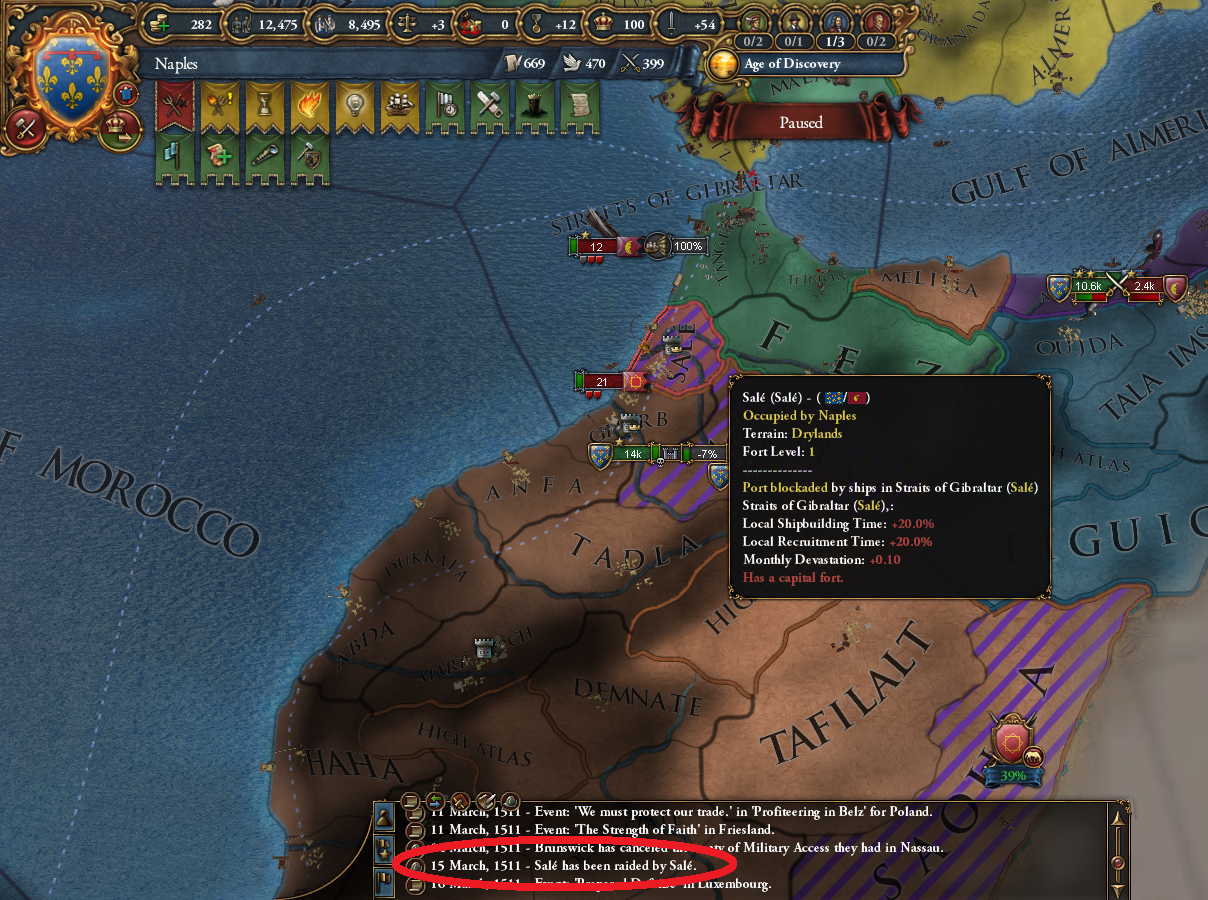 Salé, capital province of Salé, has been raided by Salé.
Expand signature
Super Mario Land really should have been a turn-based strategy game. All you do is jump and run, and if you don't like doing that you just stand around waiting for something to happen.

Feedback is Dumb and It Doesn't matter (Day[9])
Reactions:

This is something you won't see often. Spain deccing Karaman mayyybe, but Karaman deccing a Castile?
Note that I had absolutely no influence on the situation in Anatolia 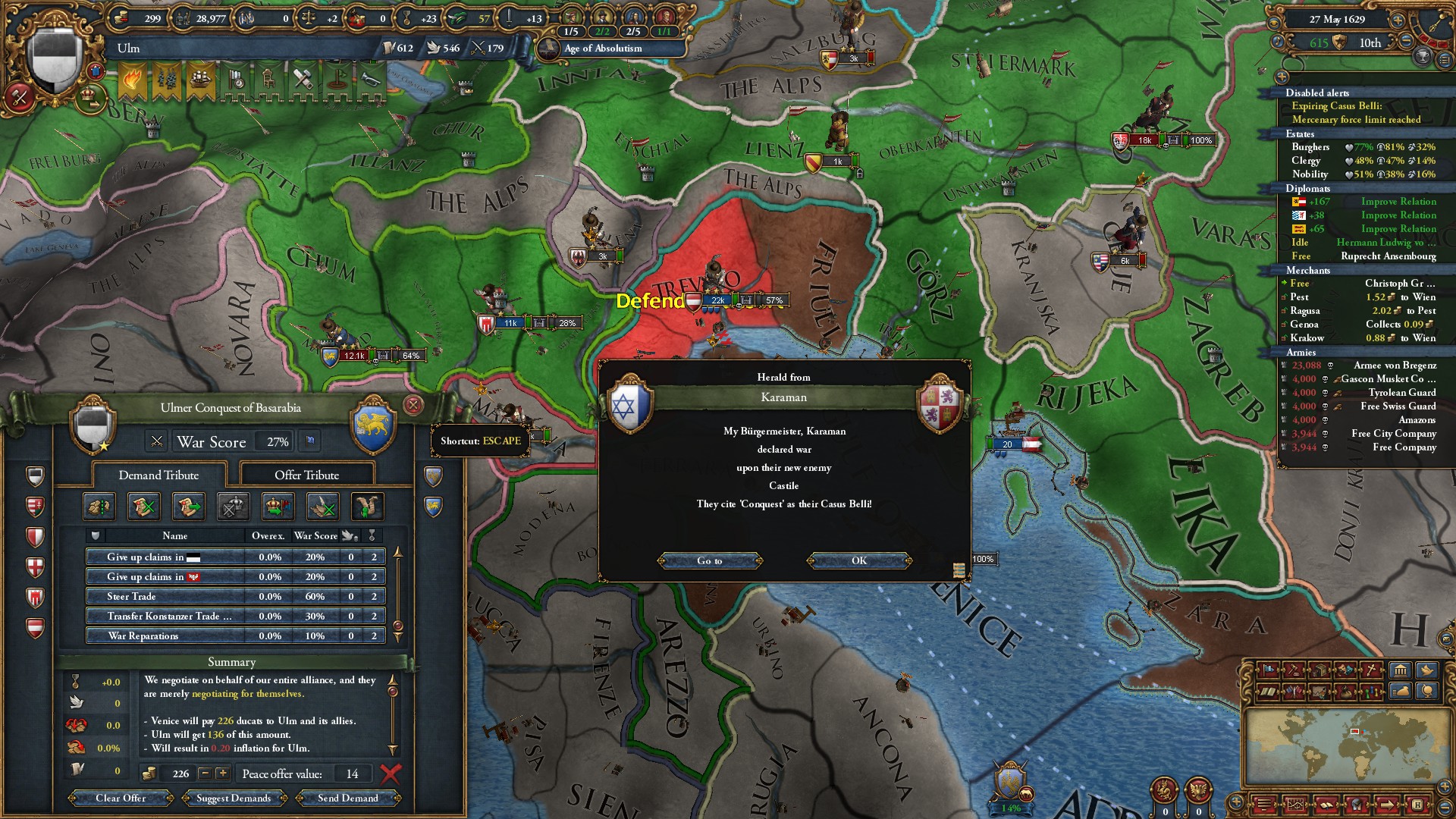 And the end result of that war. 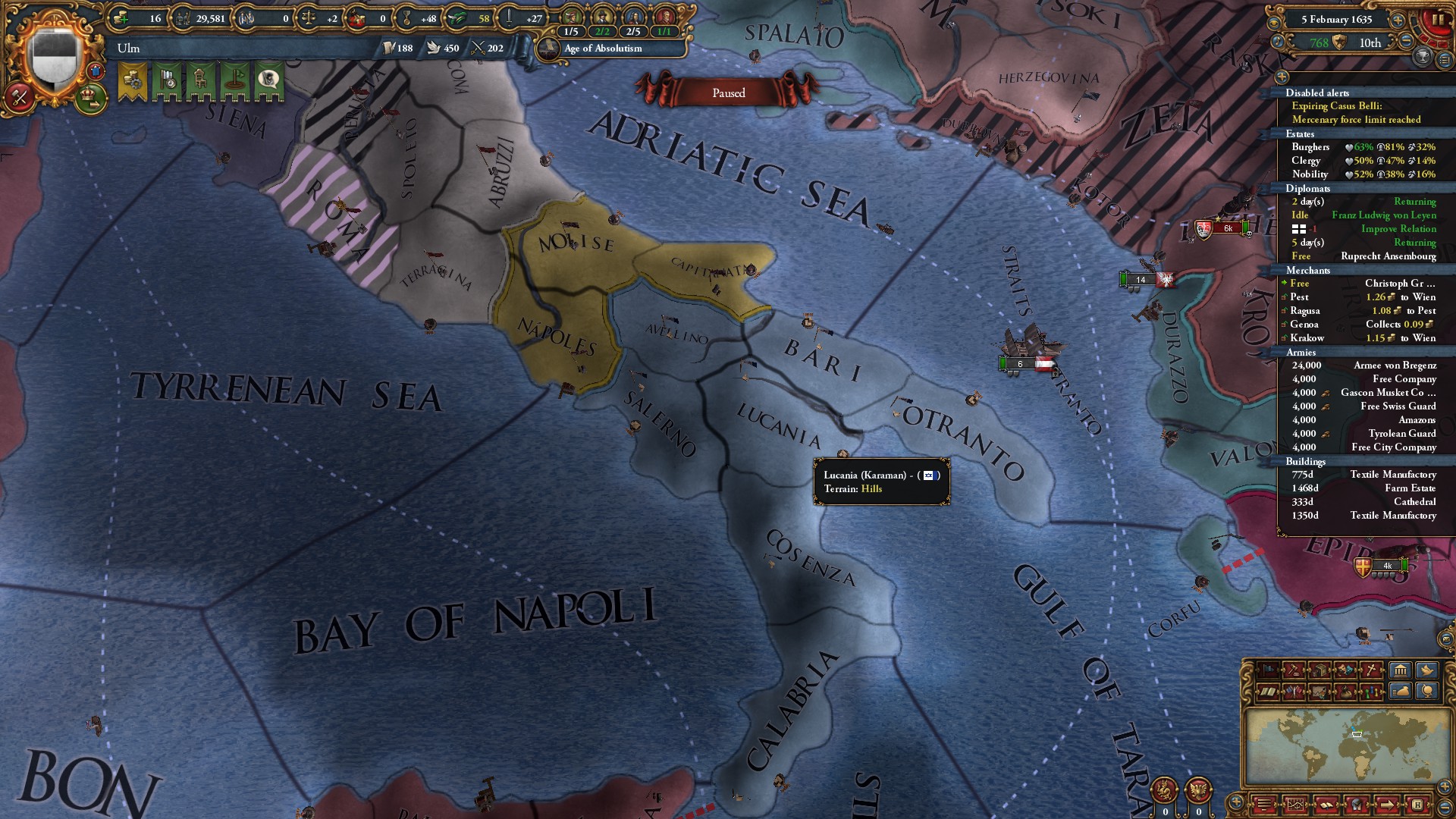 Need to see your Europe in detail, that seems juicy.
Expand signature
Back to the forums.

Jumping around - A 1.30. journey around the world
Reactions:

"look men! Naples is controlling a province we can raid! Time for some payback! Prepare to disembark!"

using that screenie to reply to "conversations that must have happened in eu4" thread
Last edited: Jun 26, 2020
Expand signature
Watch me streaming tough achievements on very hard difficulty on Twitch (my twitchname is atwix_x): Twitch or watch the playlists on Youtube channel : Youtube
Using extreme aggression backed by extensive micromanaging and planning ahead. No bug exploits.

Well, this isn't where the revolution usually starts...
Reactions: 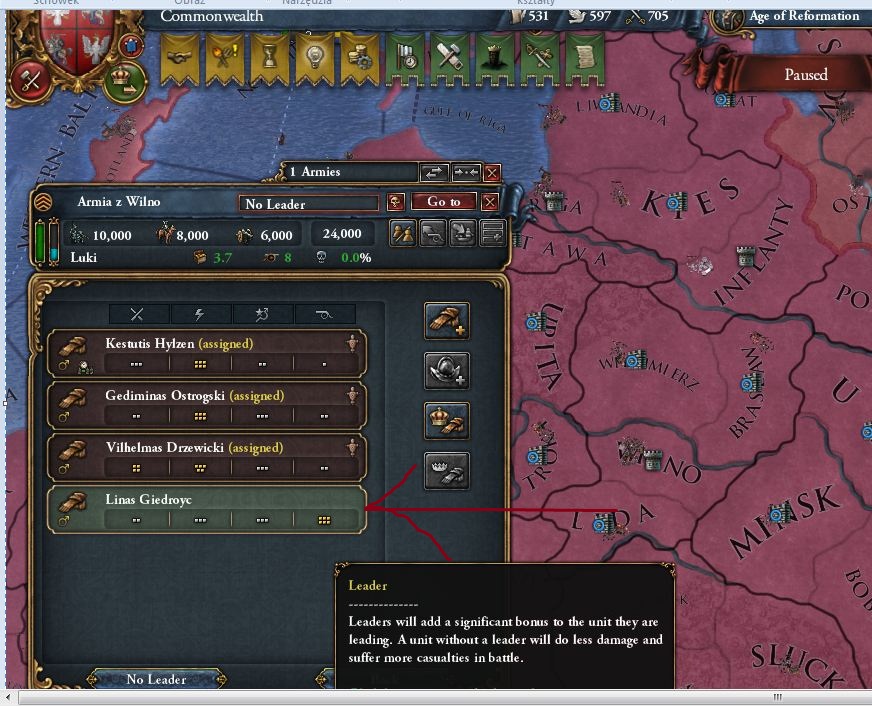 This is a Shirvani Persia, allied with Mamluks for a while so Ottomans get regularly punched. I don't know where the fuck Boukhara come from though. 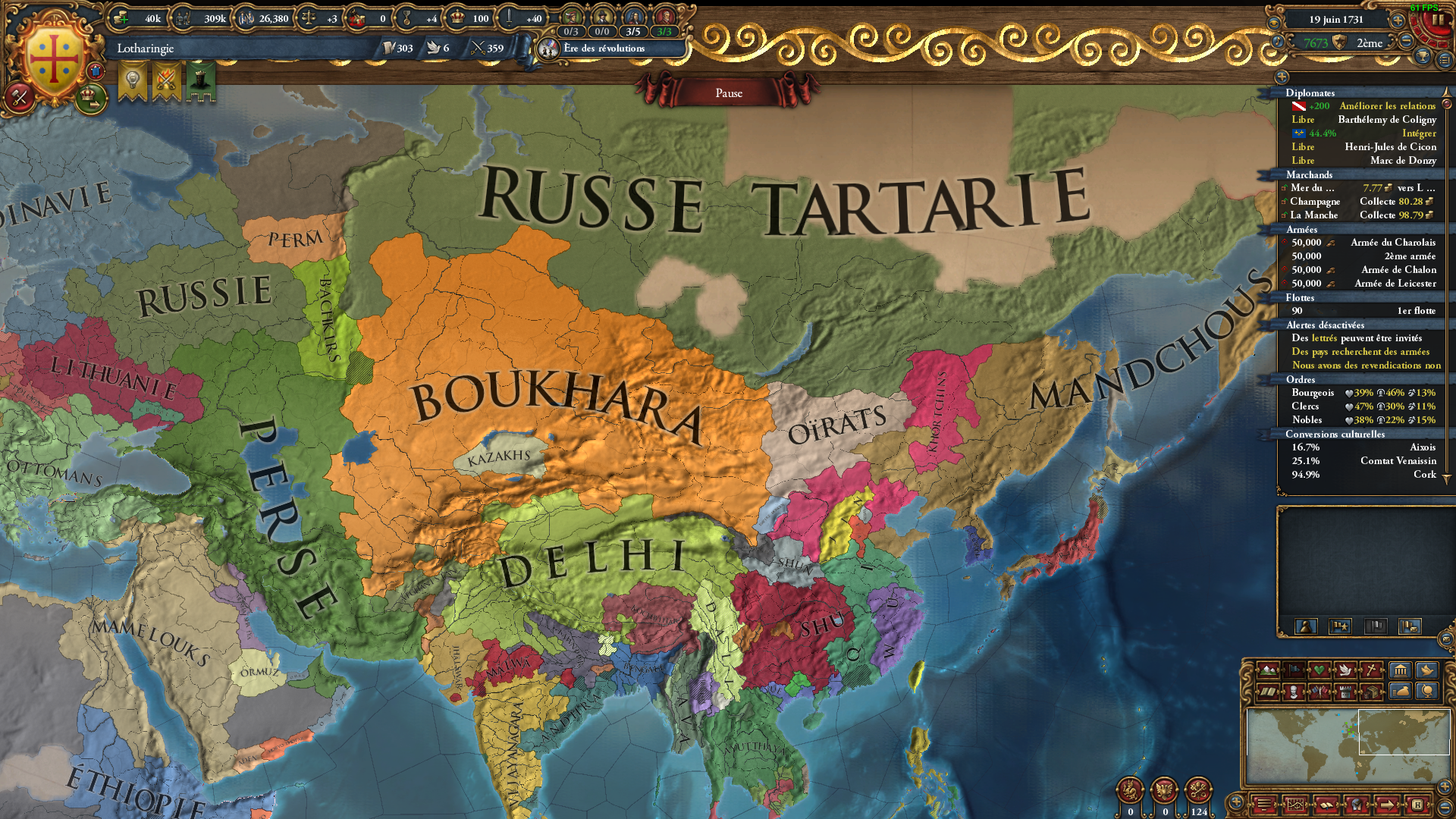 Bukhara is not that uncommon. It's a formable from Uzbek who decided to sedentarize and become a regular Sunni state instead of a Horde. I'd say I see it 5-10% of the games.
Expand signature
Back to the forums.

Conquest of WHAT? Against WHO? I NEED ANSWERS!!11 Lift the veil!!!11one

Maybe. The war is against Denmark + Scotland. Denmark is GP#5 with 543 development (no subjects). I desperately want to see this Europe
Reactions: 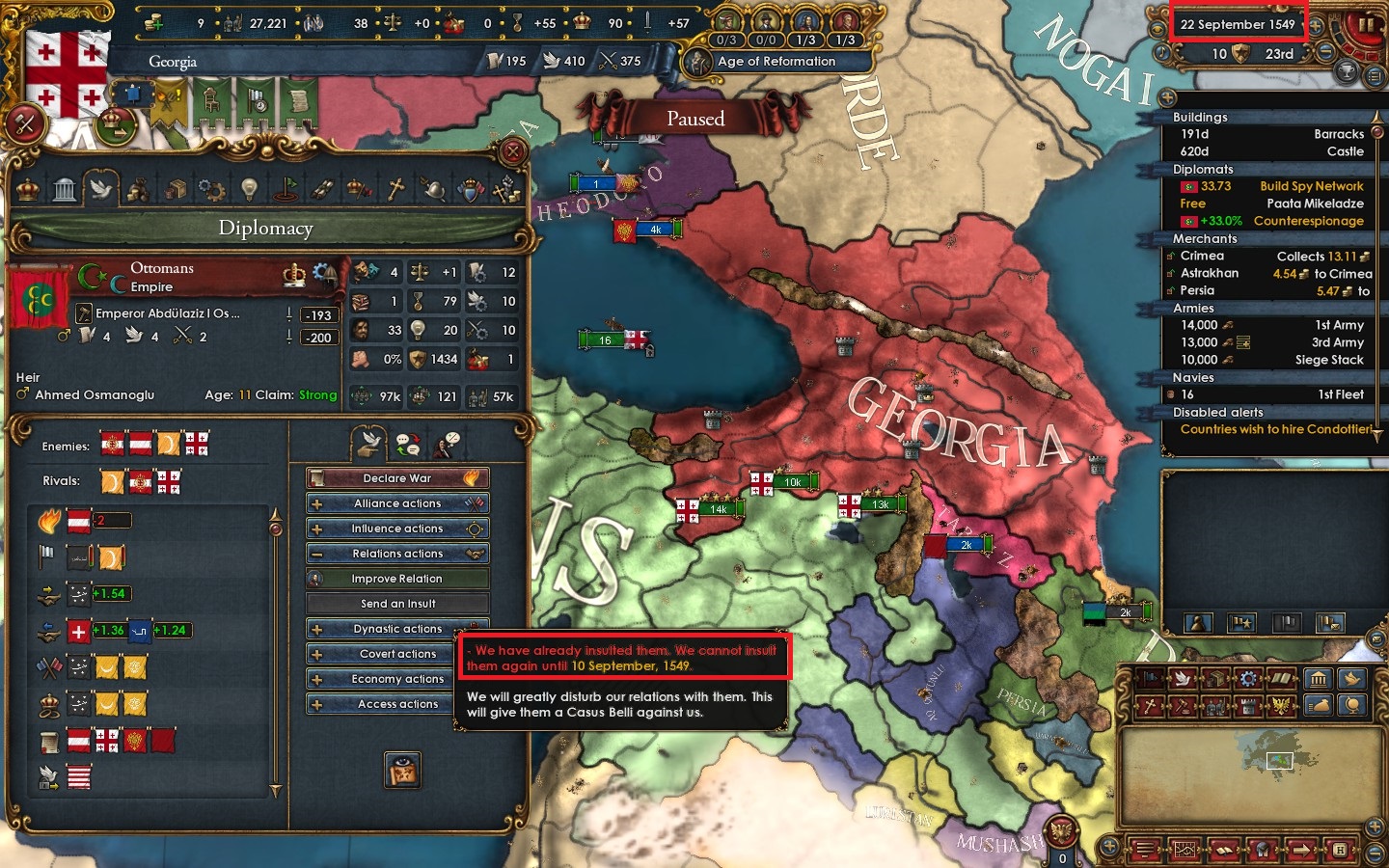 Expand signature
"Agreed. We need elephants in the seduction schemes."
By Razmorg
Reactions:

Heiliges Thüringens Reich said:
When the game feels the time-space continuum has been messed up and tries to fix itself
View attachment 595017
Click to expand...

these kinds of things sometimes happen, just wait till the end of the month tick
Expand signature
Oh, so that's how you change your signature....

In my "Mary of Lotharingia" Campaign I had an unusually looking North America.
Note: Besides France all the colonizers where untouched and did quite well but the big 4 natives band together and fend them off. 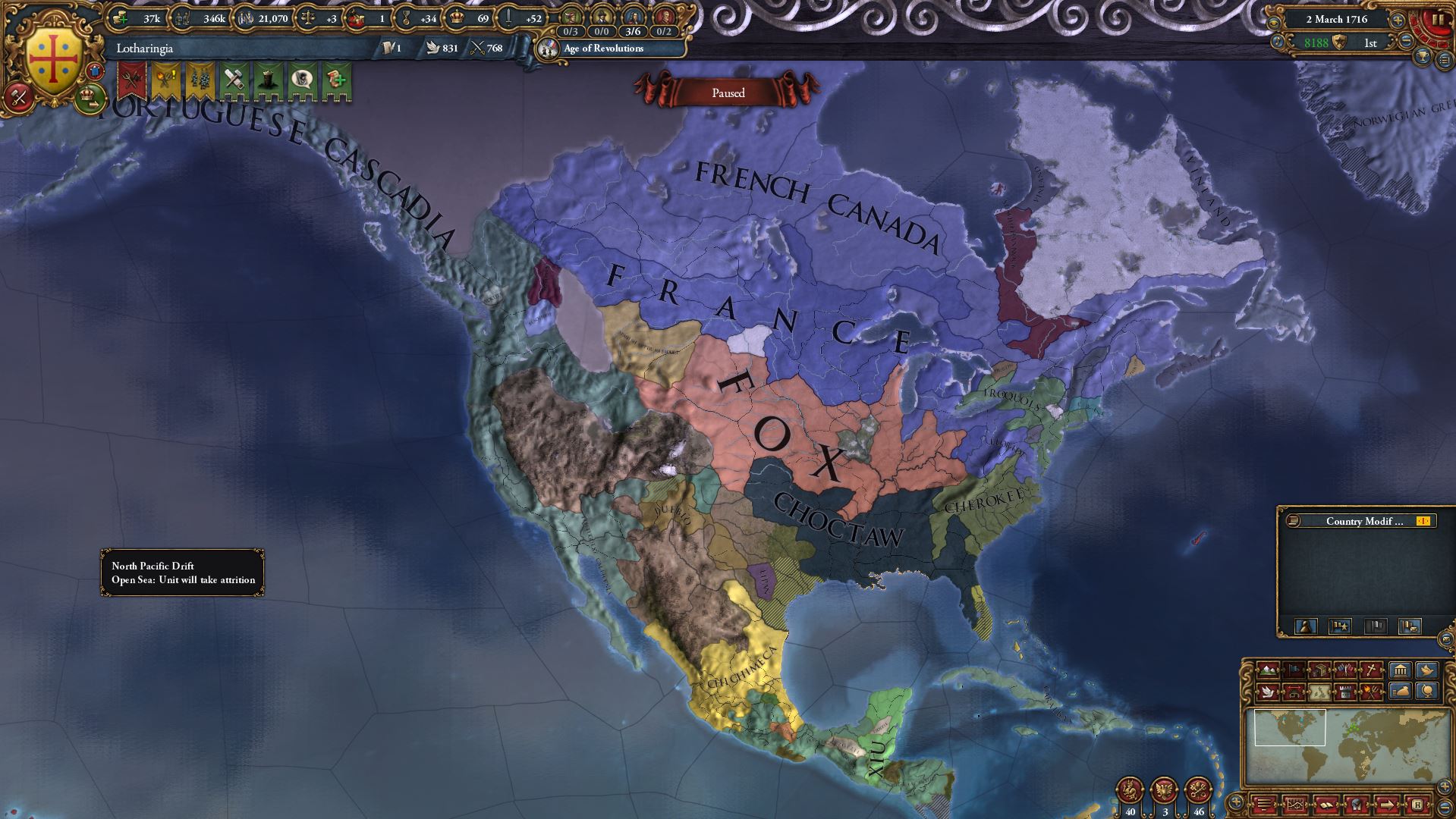