Jump to latest Follow Reply
Menu
Install the app
You are using an out of date browser. It may not display this or other websites correctly.
You should upgrade or use an alternative browser.
Crusader Kings III 13573 MP Open Beta Feedback 25 Bug Report 8689 Tech Support 1099 Multiplayer 102 User Mods 1235 AARs (After Action Reports) Suggestions 3594 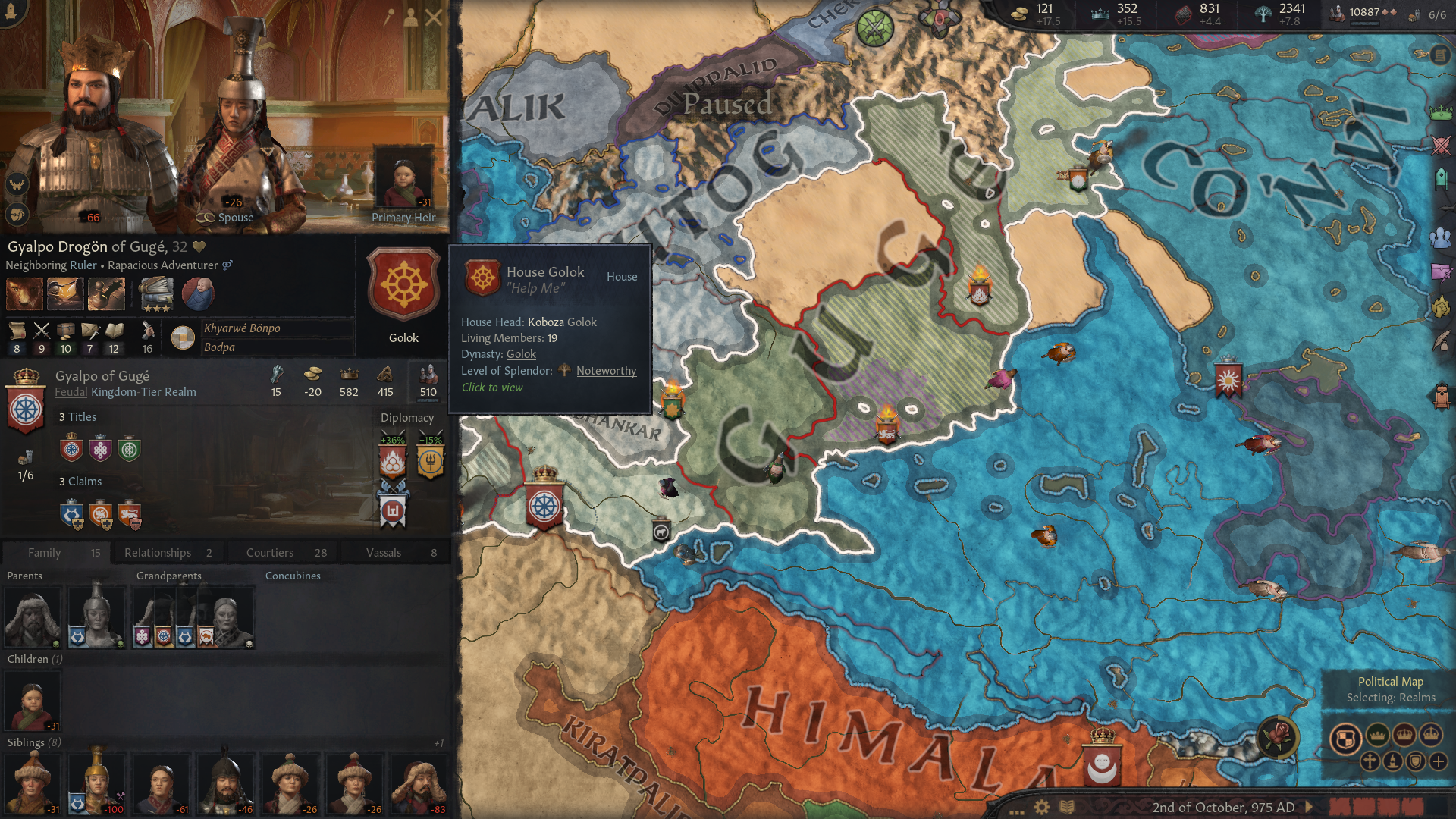 Shout out to the AI Karling Dynasty, managing to take control of the HRE from the 1066 start: 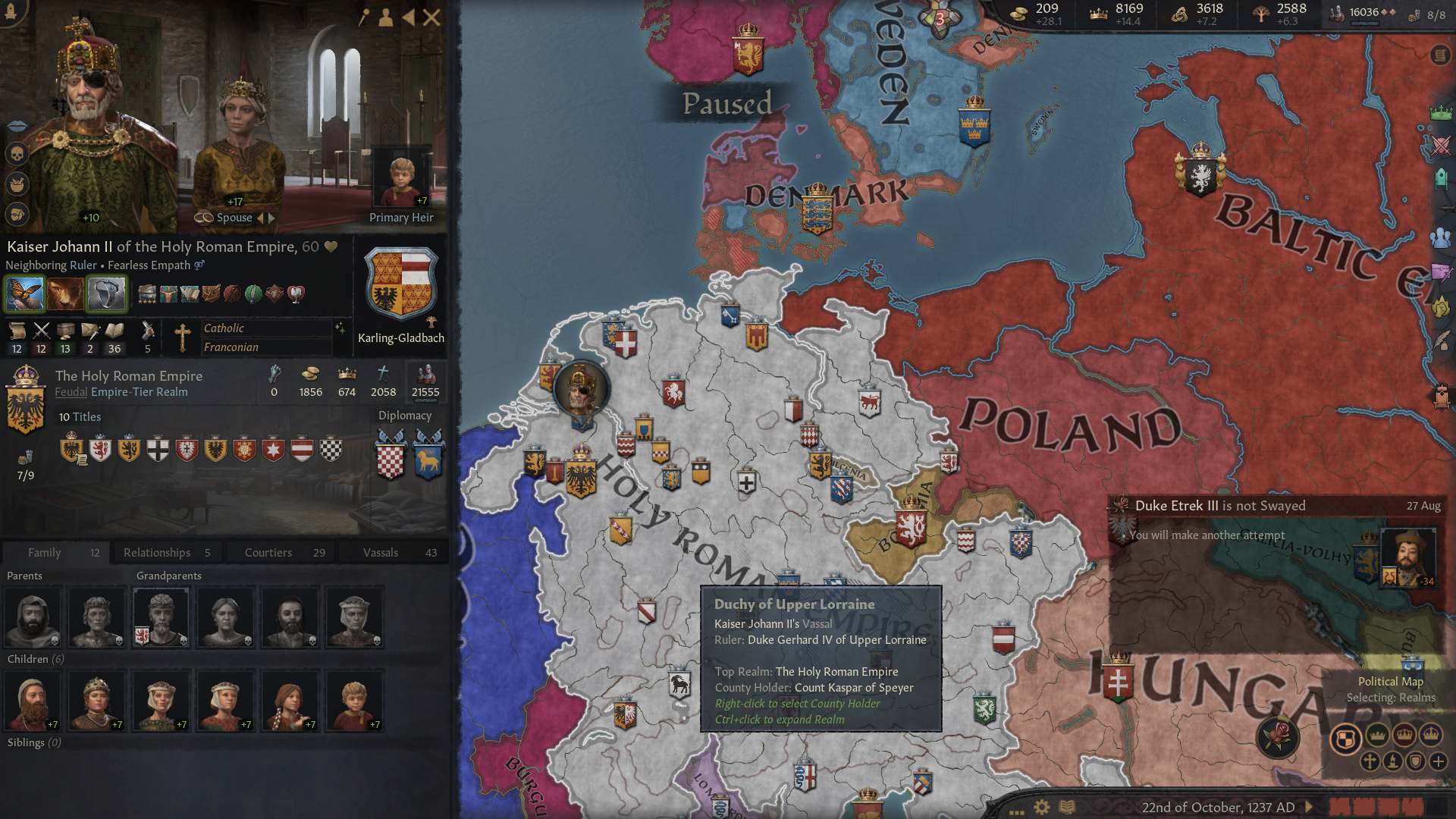 AI managed to form a strong Portugal too: 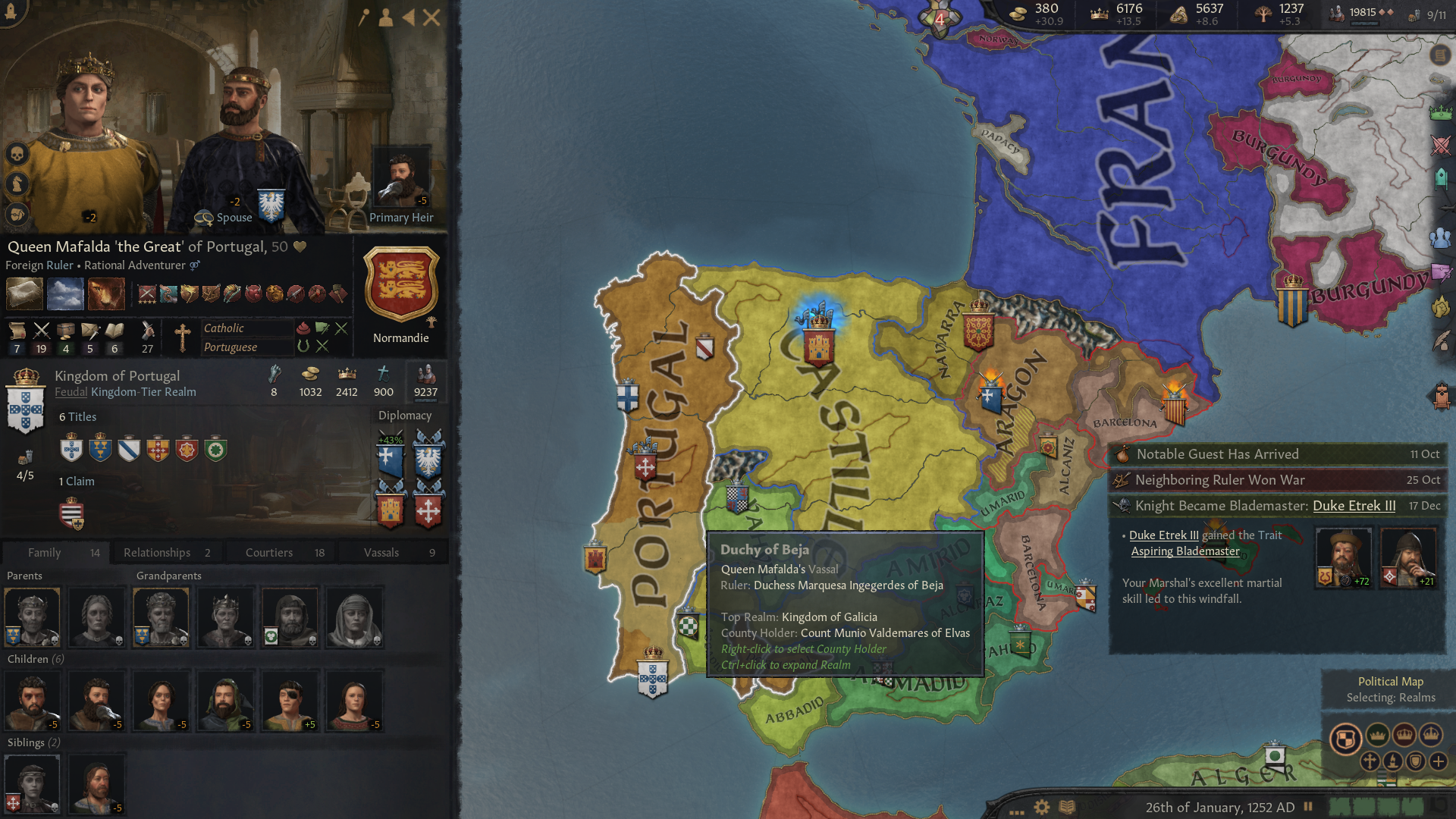 And finally, one of the more cursed AI Culture Hybridizations: 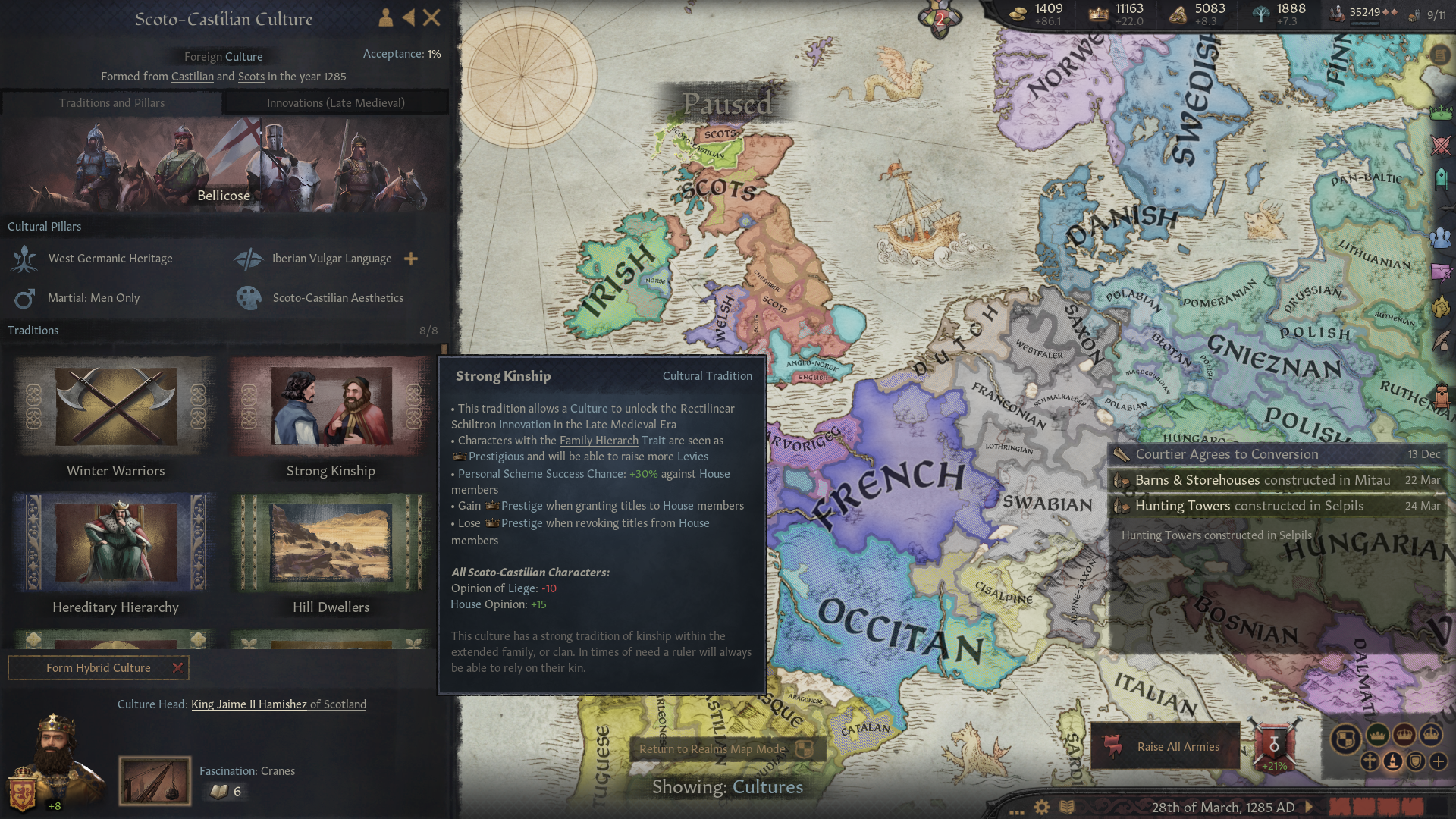 Pope just send me a very interesting book. Not to mention my character is 16...
Wait, nevermind, that's realistic. 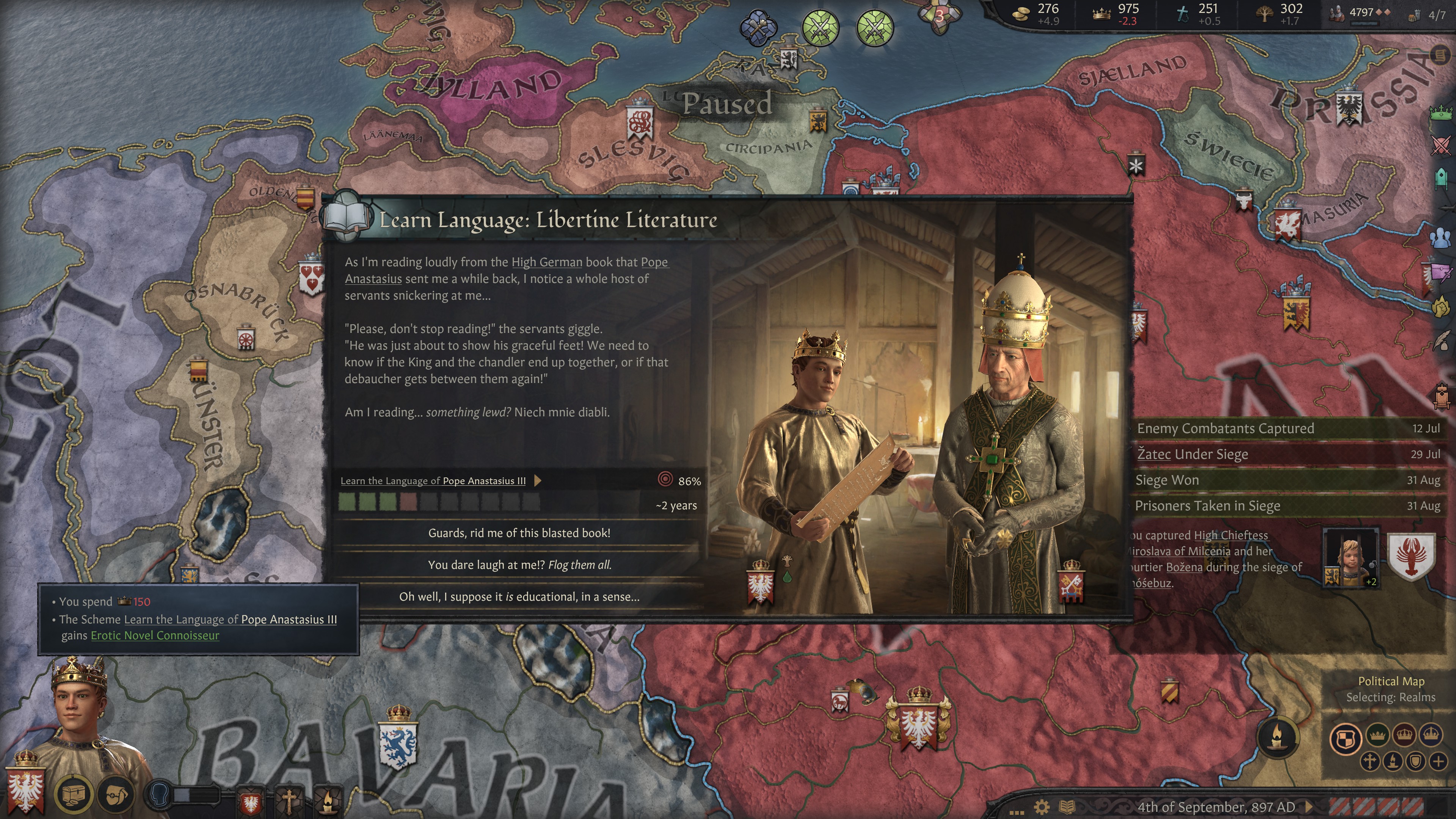 Vanhal said:
Pope just send me a very interesting book. Not to mention my character is 16...
Wait, nevermind, that's realistic.
Click to expand...

In those years, not sure it is so unrealistic...
Reactions:

Midway in a game as king of Strathclyde it crashed and as I loaded in from the latest save I found this gem of an name/nicknane combo... 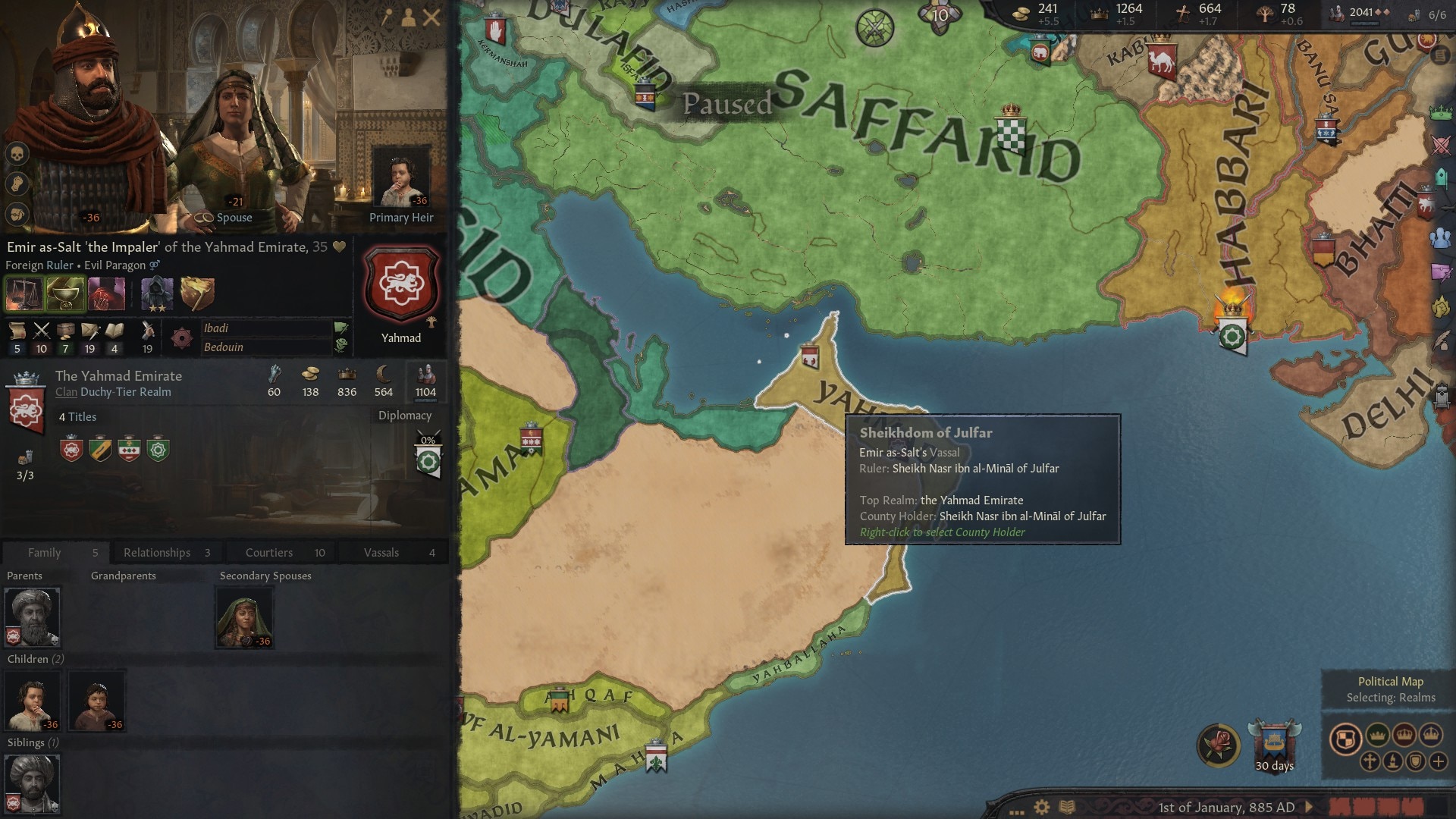 Assalt, the Impaler bit on the nose eh?
Toggle signature
Why are you wasting time reading this?
Reactions:

This must have been quite a surprise for her.... I certainly never expected it. 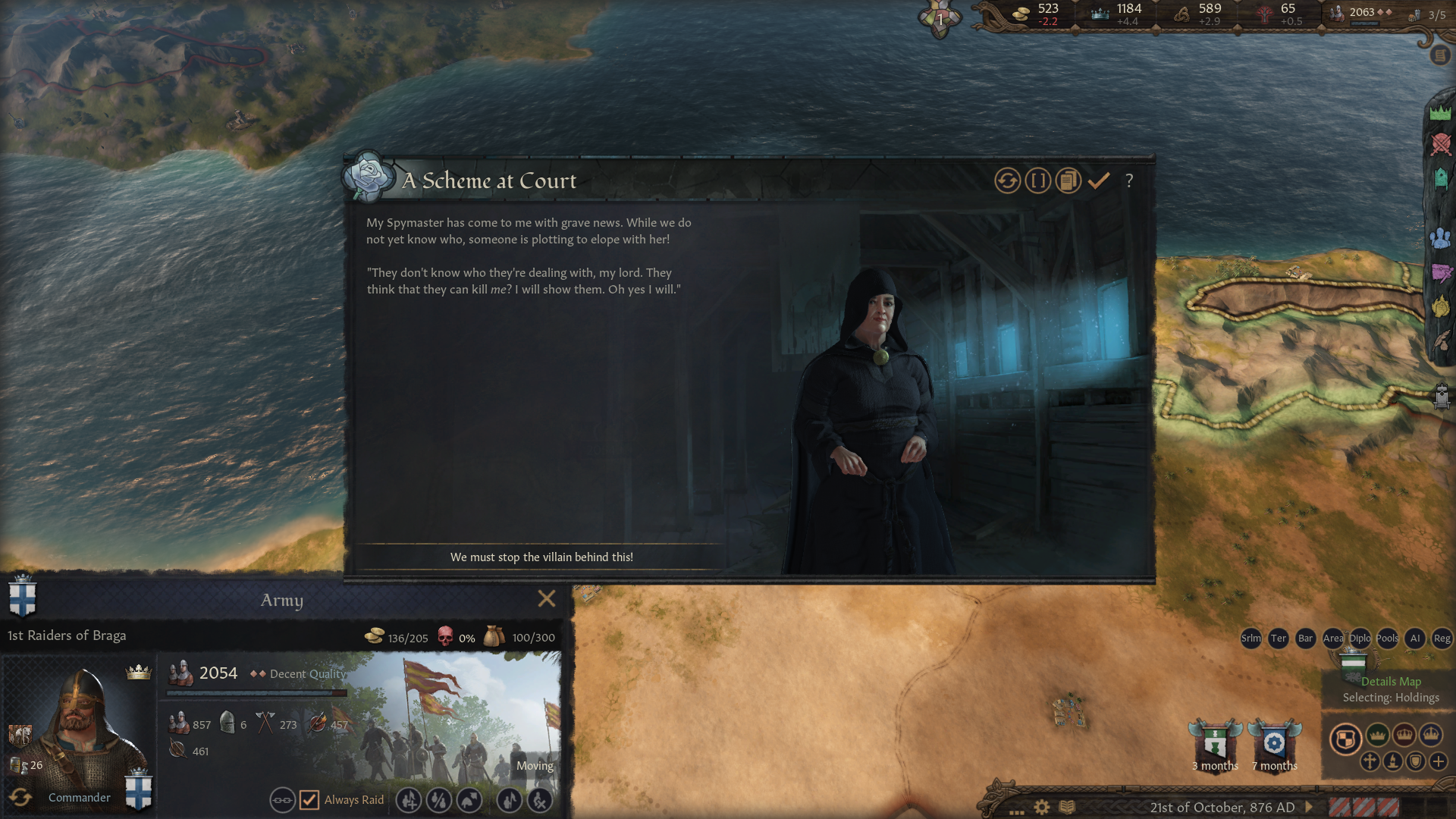 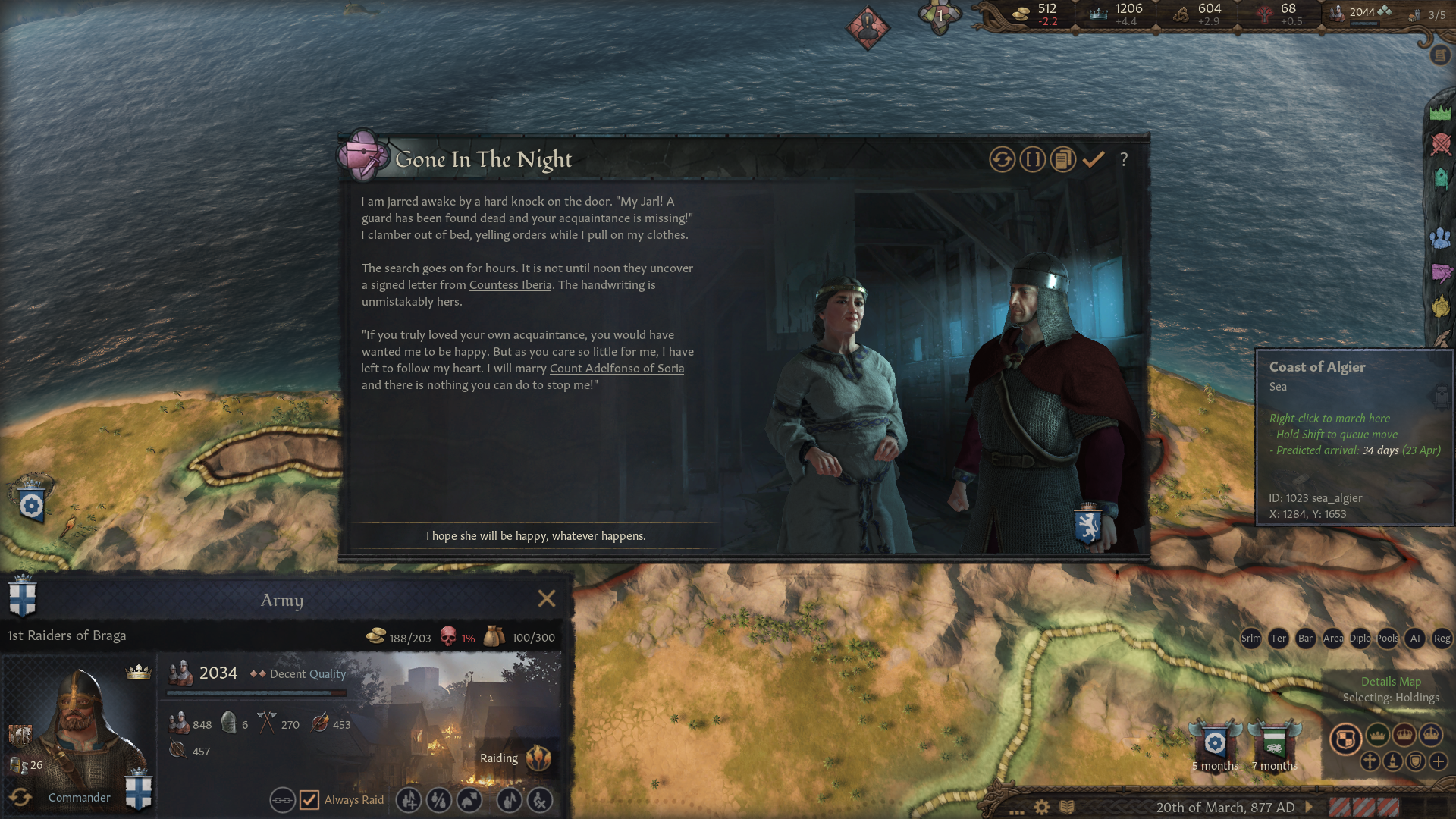 What a ladykiller
A

How could you not love your own dear acquaintance?
Toggle signature
RAID HARD FEAST HARD
Reactions:

Amtep said:
How could you not love your own dear acquaintance?
Click to expand...

I laughed at that as well. "If you truly loved your own acquaintance" - I think she's got some relationship boundary issues.
Toggle signature
Ceterum censeo message settings esse restituenda.

Furthermore, I propose that message settings must be restored.

Creating the Tsardom of Russia
Reactions:

Thomas_Oak said:
This must have been quite a surprise for her.... I certainly never expected it.View attachment 829807
Click to expand...

It still seems strange that the text says someone wants to elope with her, but then mentions someone trying to kill her. Just because elope might be a plot, it doesn't mean it's murderous.
Reactions:
A

It used to be that you actually got the "tried to murder me" opinion penalty after trying to claim your liege's throne. Paradox is a bit confused about plots.
Toggle signature
RAID HARD FEAST HARD
Reactions:

^You get the "Tried the murder me" modifier for literally everything done to you. Fabricating hooks, claiming the throne, attempted murder, abduction, etc. It's all murder.
S 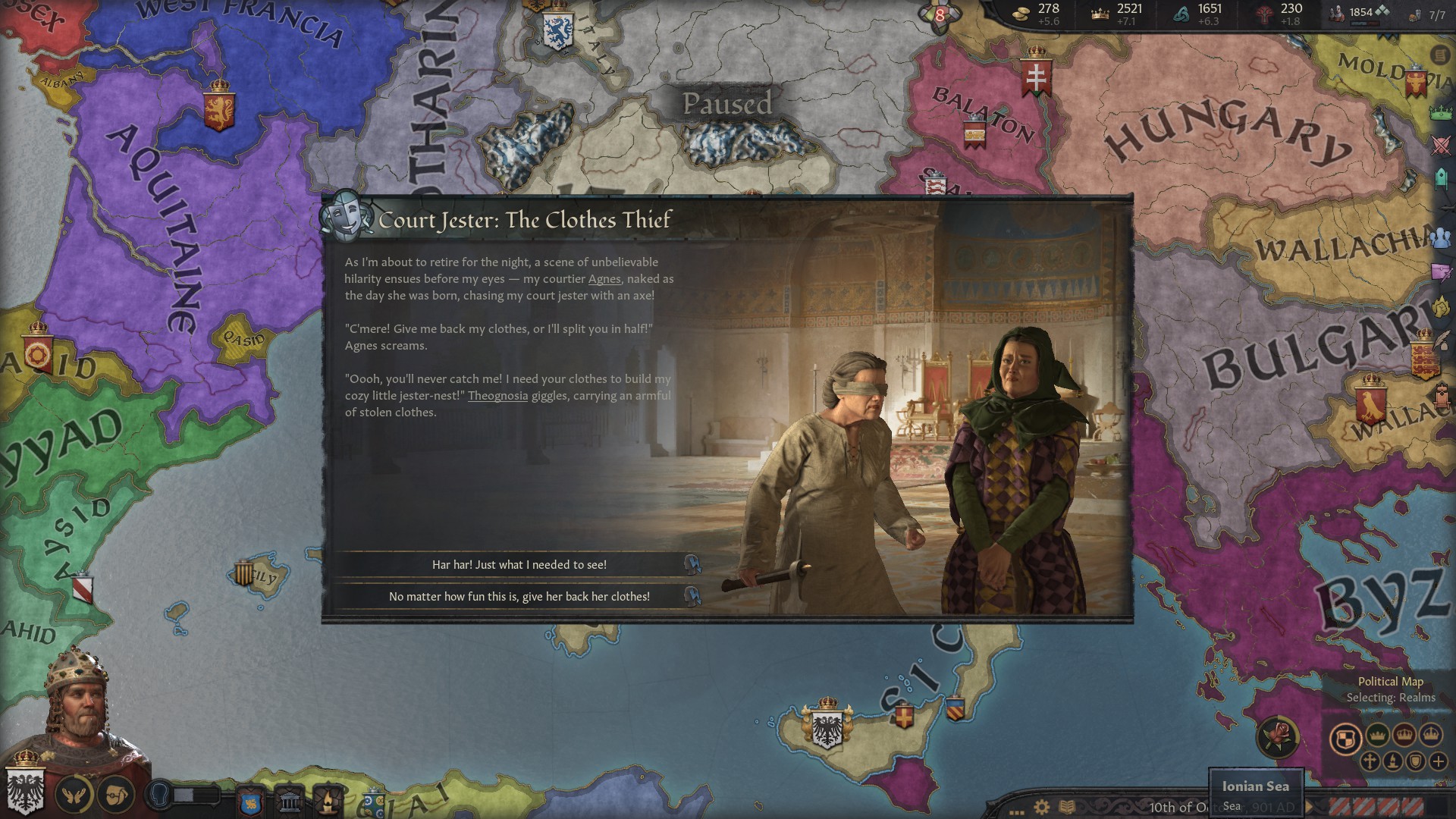 So, so worth it. This Jester is the best. She picked the perfect target.
Reactions: 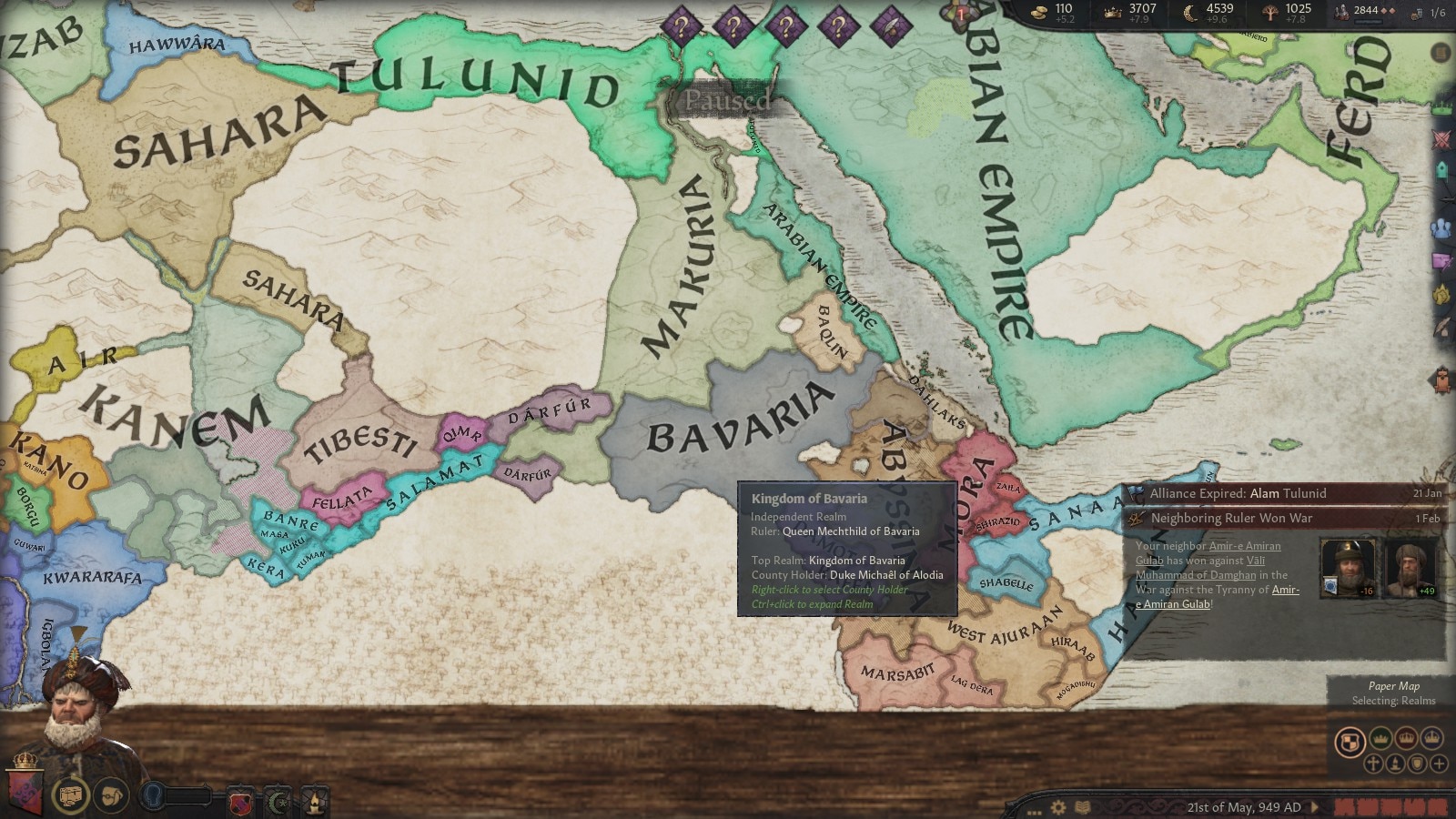 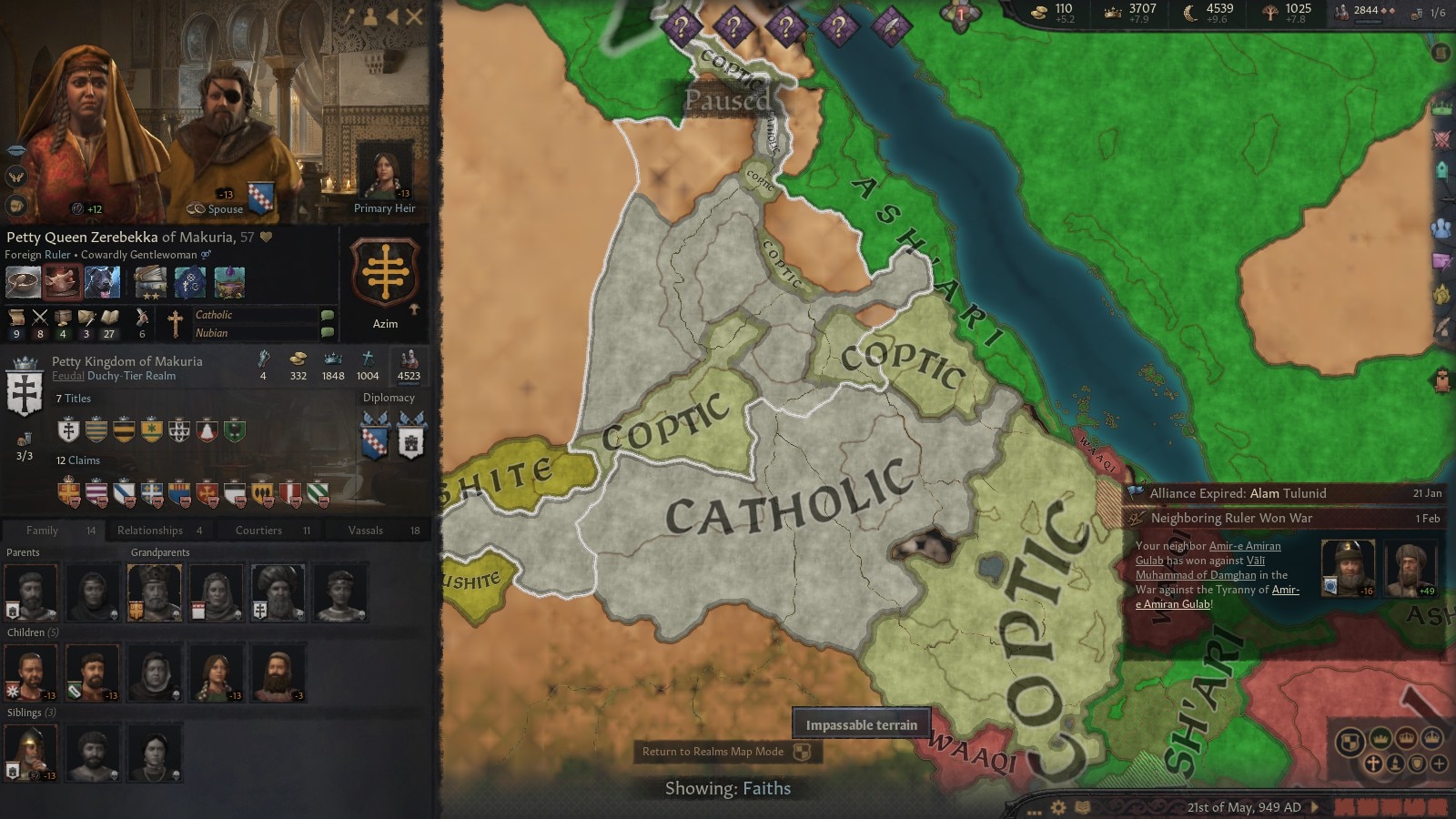 At least East Africa will now get to know the famous german "Hefeweißbier", also called "Weizen".
Toggle signature
Embrace tyranny!
Which means for Crusader Kings III: Just imprison and execute every annyoing vassal and get it over with!​

Reminds me of a time long ago when I played as a random Persian nation (small duchy at first). I eventually grew quite large, but the Mongol Empire was becoming a legit threat. But I noticed the heir to the Mongol empire occupied a small county right on my border. I declare war on the Mongols for the county, and because they recruit their army all the way east in their capitol, they aren't able to get to me in time before I win with war score.

I vassalize the county, convert the heir to Orthodoxy (me), kill his wife before they have any kids, and have him marry a granddaughter of mine who has a ton of positive inheritable traits, and on top of that, befriend him. I murder the Mongol emperor, my vassal is put on the throne, I lose the county I just conquered... but the damage is done. 40 years pass and I check out the Mongol Empire:

Their official religion is now Orthodox, and much of the east is now Christianized. Deus Vult muthaf**kas.
Reactions:

To choose is to give up, but King Bouchard of Frisa doesn't want to give up. The clever boy has found a way to always win in a crusade.

"Heads, I'm with you." [Attacks the Omeyyads Emperor in a crusade for Asturias] 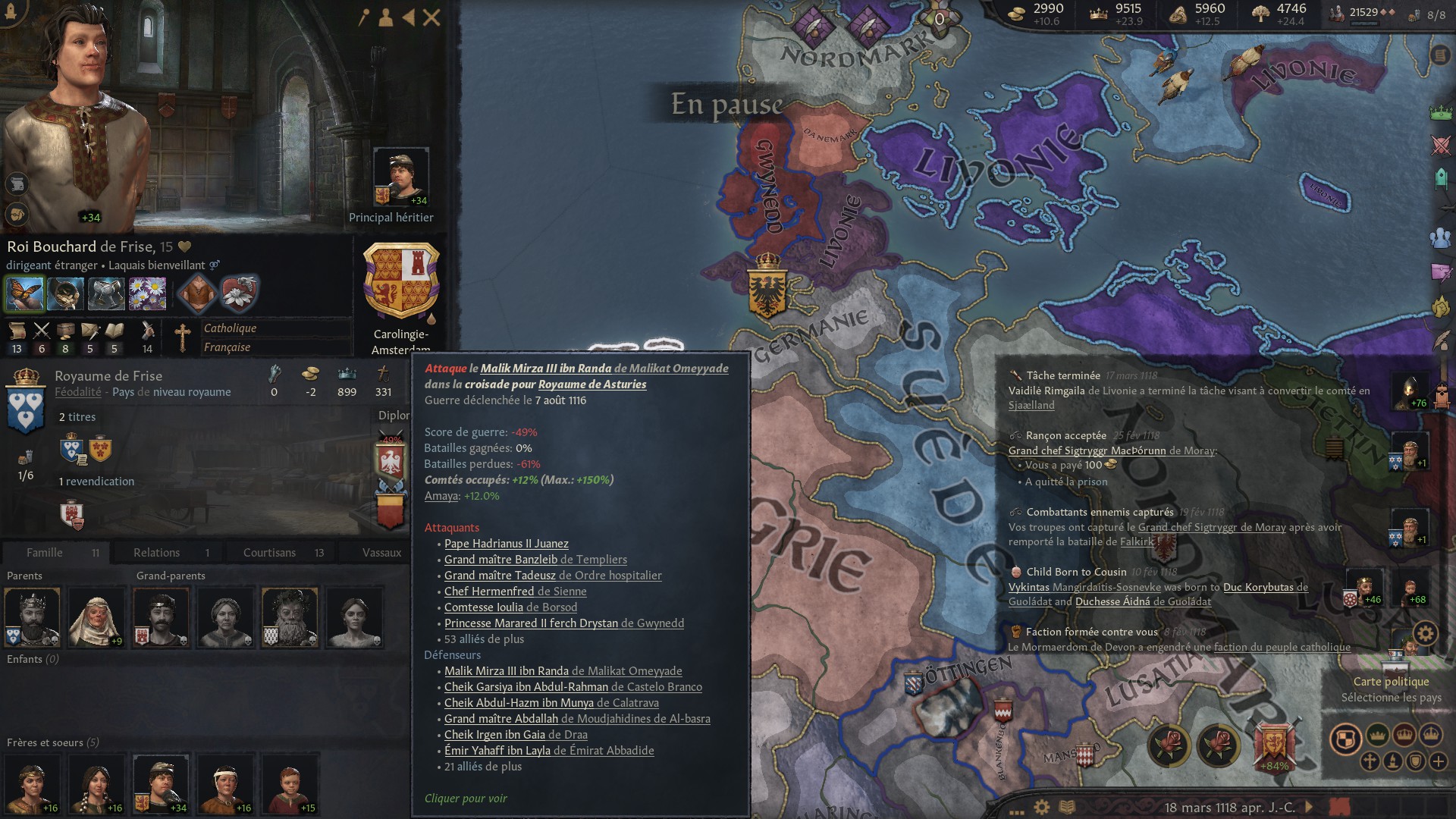 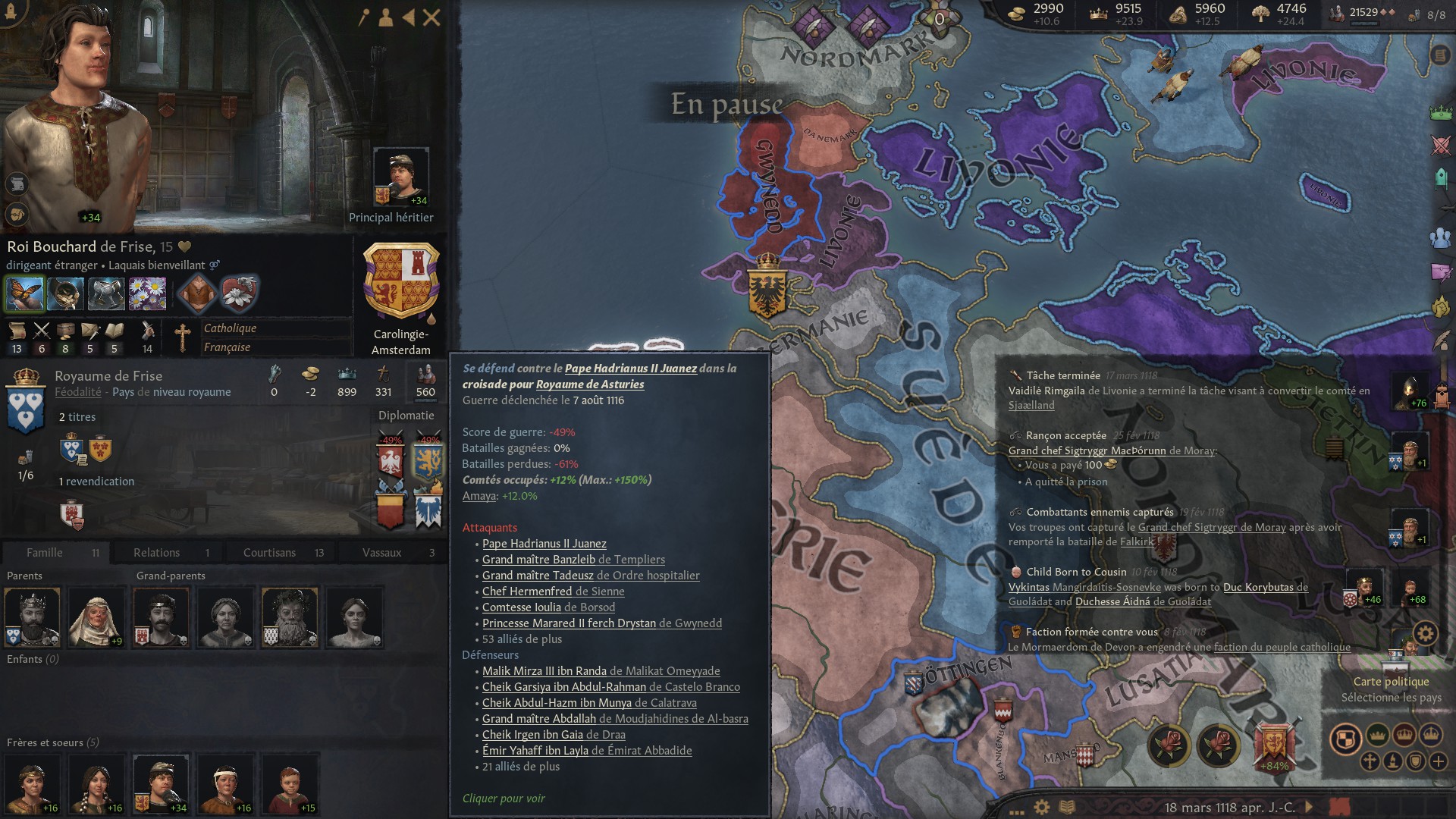 The strangest thing is that he loses in both cases. His war scores are identical rather than reversed.
Toggle signature
Nous en resterons maîtres et seigneurs. 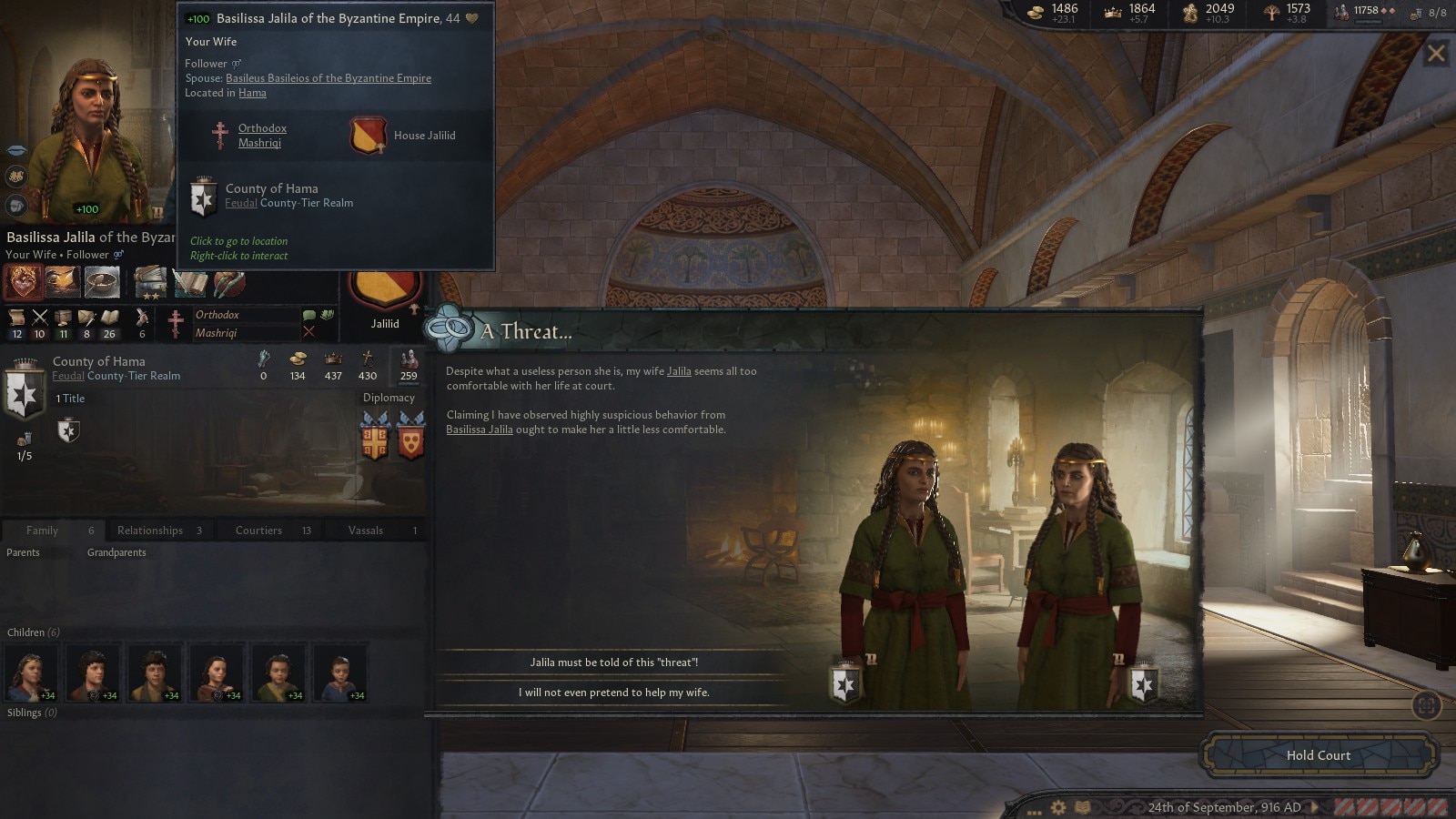