Jump to latest Follow Reply
Menu
Install the app
You are using an out of date browser. It may not display this or other websites correctly.
You should upgrade or use an alternative browser.
Crusader Kings II 69677 Bug Reports 19696 User Modifications 10544 Suggestions 5969 Tech Support 6344 After Action Reports
Show only dev responses

I'm going to have to break the news to my Eunuch that he is probably not the father of his newborn son. Although - I brought him into my Greek Kingdom after he attempted an Orthodox Revolt on the Byzantine Empire (currently Iconoclast led and Icono's also have primary religion while I'm turning everything Orthodox).

Of course, it could be an "Immaculate Conception" or that his wife (pictured with the indicative candles) is just that Lustful enough.
- "Honey, get me the Turkey Baster from the kitchen..." (for those of you who know, you know...)

And if that's not ironic enough, the newborn son's name in Greek is "Nikolaos" as in the English form Nicholas. Was it the divine birth this Christmas season, of good ole Saint Nick?

Toggle signature
- Video Game connoisseur dating back to the earliest of Pong machines in the 1970s. [ . ]
Reactions:
G

I have installed my son to the Chinese throne and then asked for an imperial marriage. Something went very wrong.. 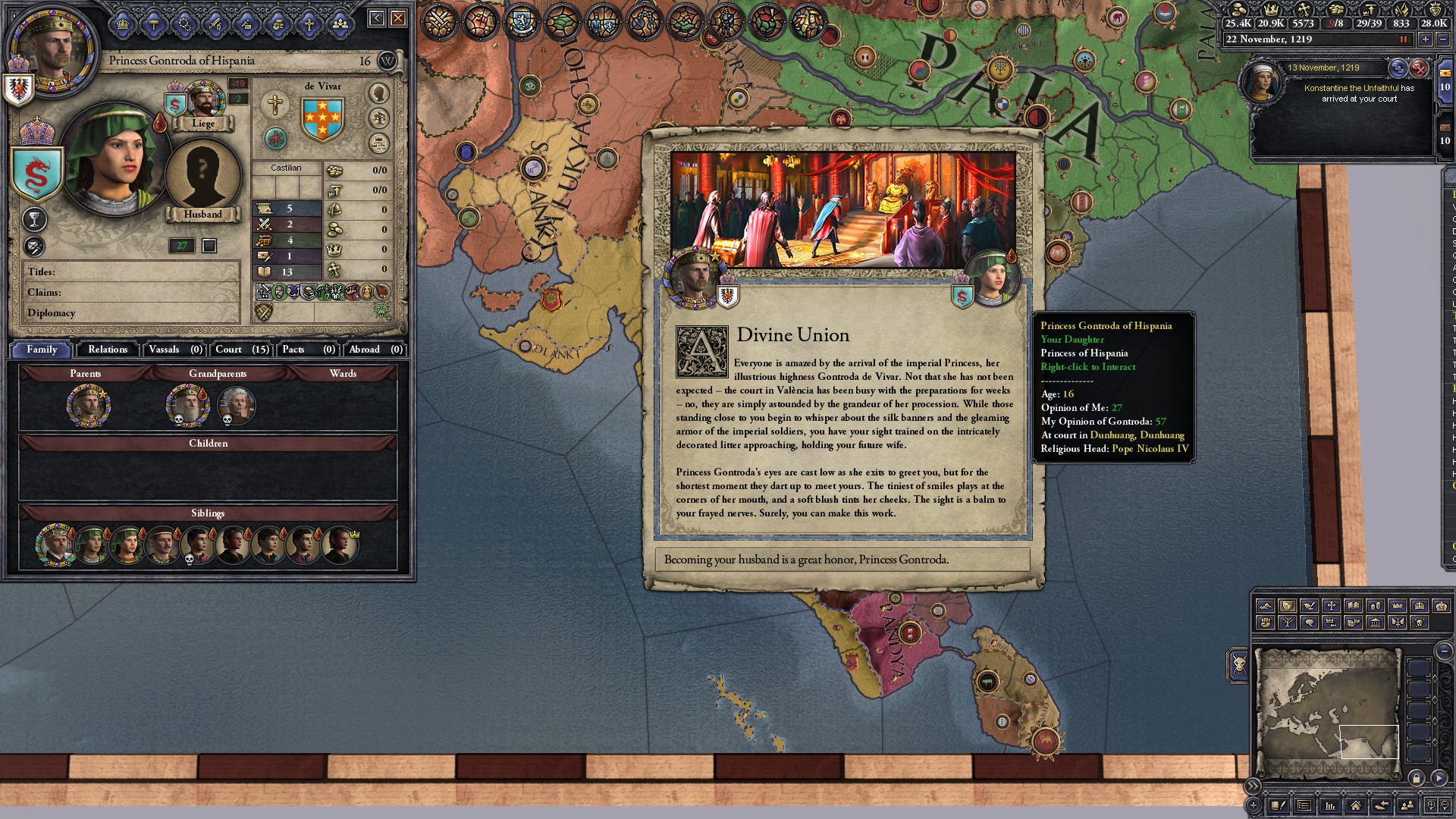 King of the Belgians

Playing as an Eastern Empire with an elderly celibate ruler and figured, hey why not marry the Latin Empress. Sure her territory is literally just a few counties in the middle of Finland but it's not like I'm having any more kids anyway, so what's the harm? Naturally, she decided to have an affair. My character figured it out, but I chose not to denounce her. The knowledge was leaked anyway, yet for some reason, her child is still considered a member of my dynasty even though he has no relation to it whatsoever. 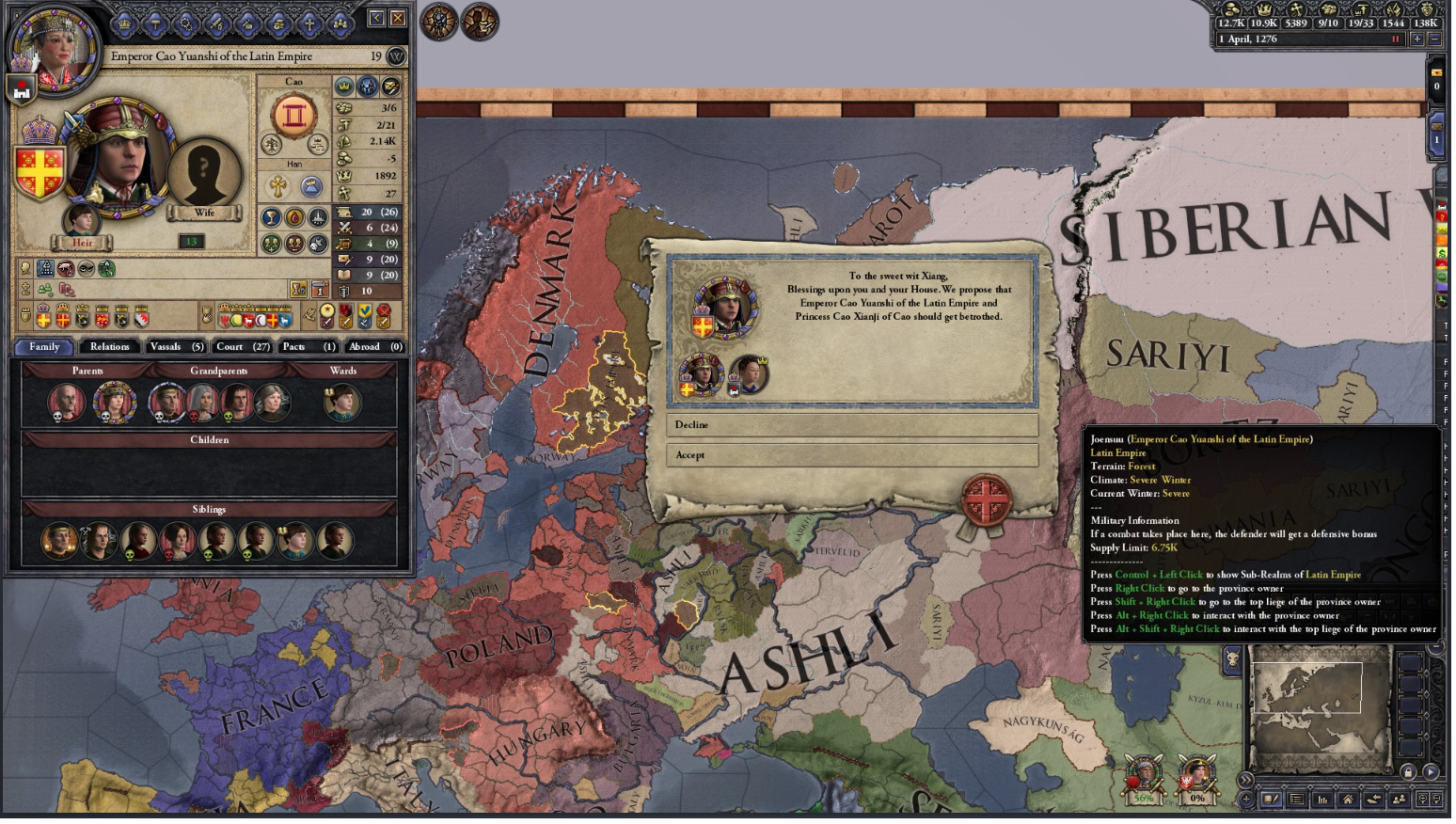 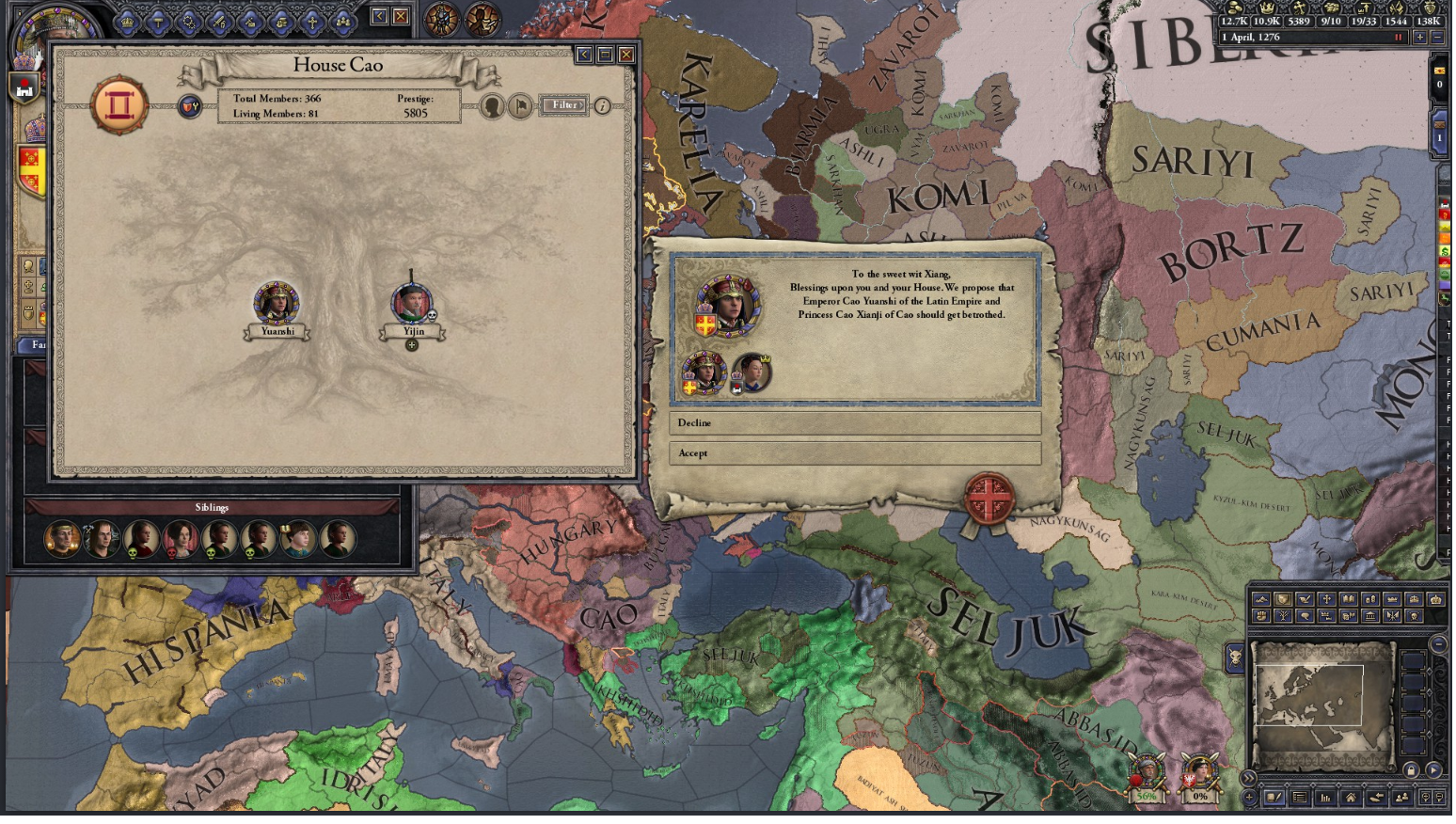