Jump to latest Follow Reply
Menu
Install the app
You are using an out of date browser. It may not display this or other websites correctly.
You should upgrade or use an alternative browser.
Crusader Kings II 69559 Bug Reports 19686 User Modifications 10501 Suggestions 5872 Tech Support 6332 After Action Reports
Show only dev responses
J

InvisibleBison said:
I don't think it's all that common for a 7-year old to inherit via seniority.
Click to expand...

A good thought, but I don't think so. The Black Death hit Europe a few decades earlier, and looking at the history I don't see any Malians dying of plague around 1330 either.
Reactions: 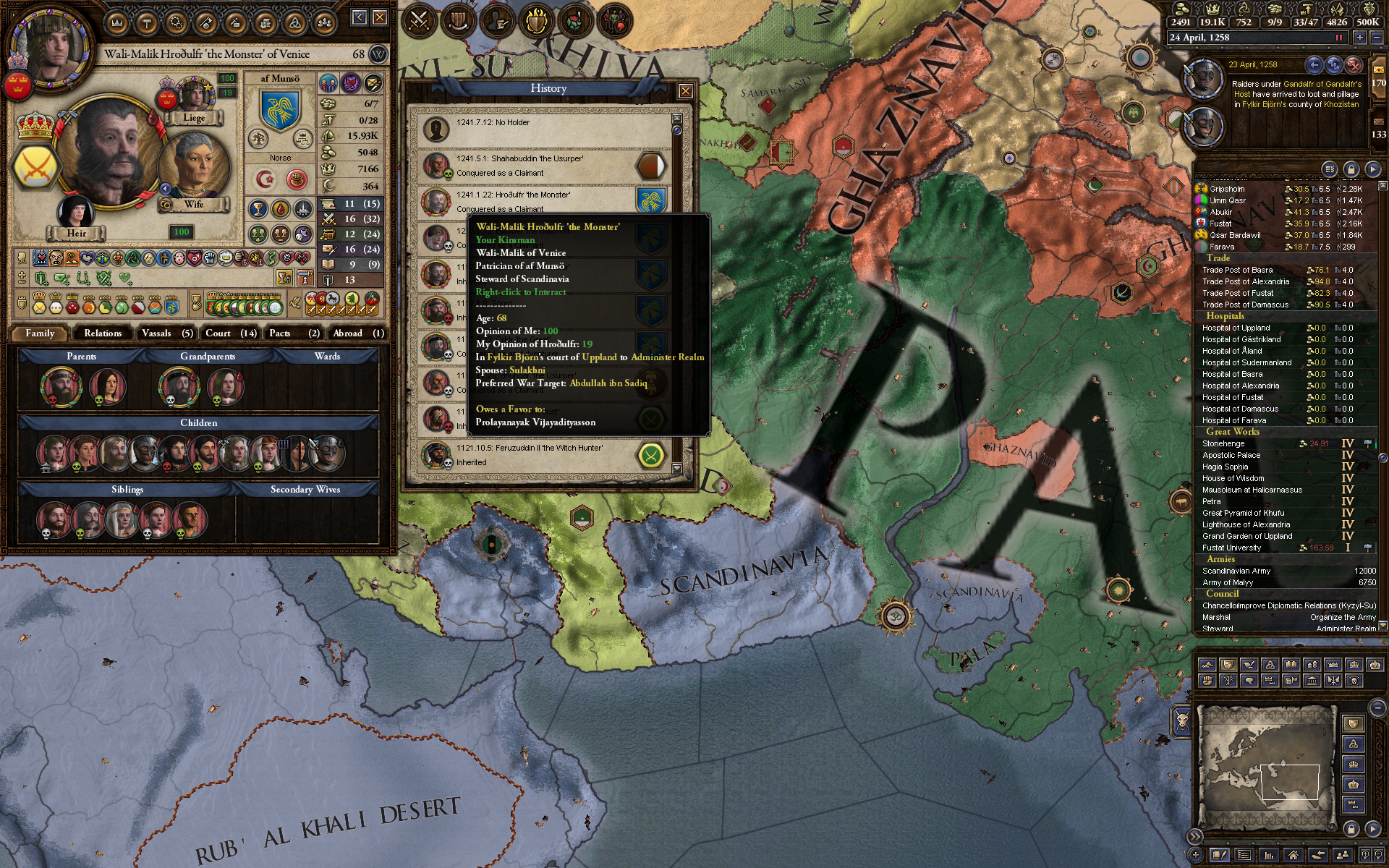 My new steward has quite interesting career.
His grandfather conquered the kingdom of Gujarat as norse adventurer. Then has converted to zirki religion.
Being adventurer himself my future steward conquered emirate of Makran before then inherited the kingdom.
After long rule his was deposed by some bastard female pretender who then lost whole territory of the de-jure kingdom to neighbors.
This allowed to re-conquer the kingdom to the previous ruler and most powerful and only vassal of realm (the hero of my tale) only to him be deposed again in a months by another claimant.
(Then I conquered remains of duchy of Makran to myself and forgot this characters for awhile).
But as it happened this wasn't end of career for this man - now I found him elected rule to Most Serene Republic of Venice.
Reactions:

I'm amazed that the child whose mother and father is the one and same man is still considered a bastard!
Toggle signature
Dynamic Ideas: an EU4 mod which makes the AI forgo its fixed historical ideas and chose random, but appropriate idea groups instead (dated since incorporation into base game) 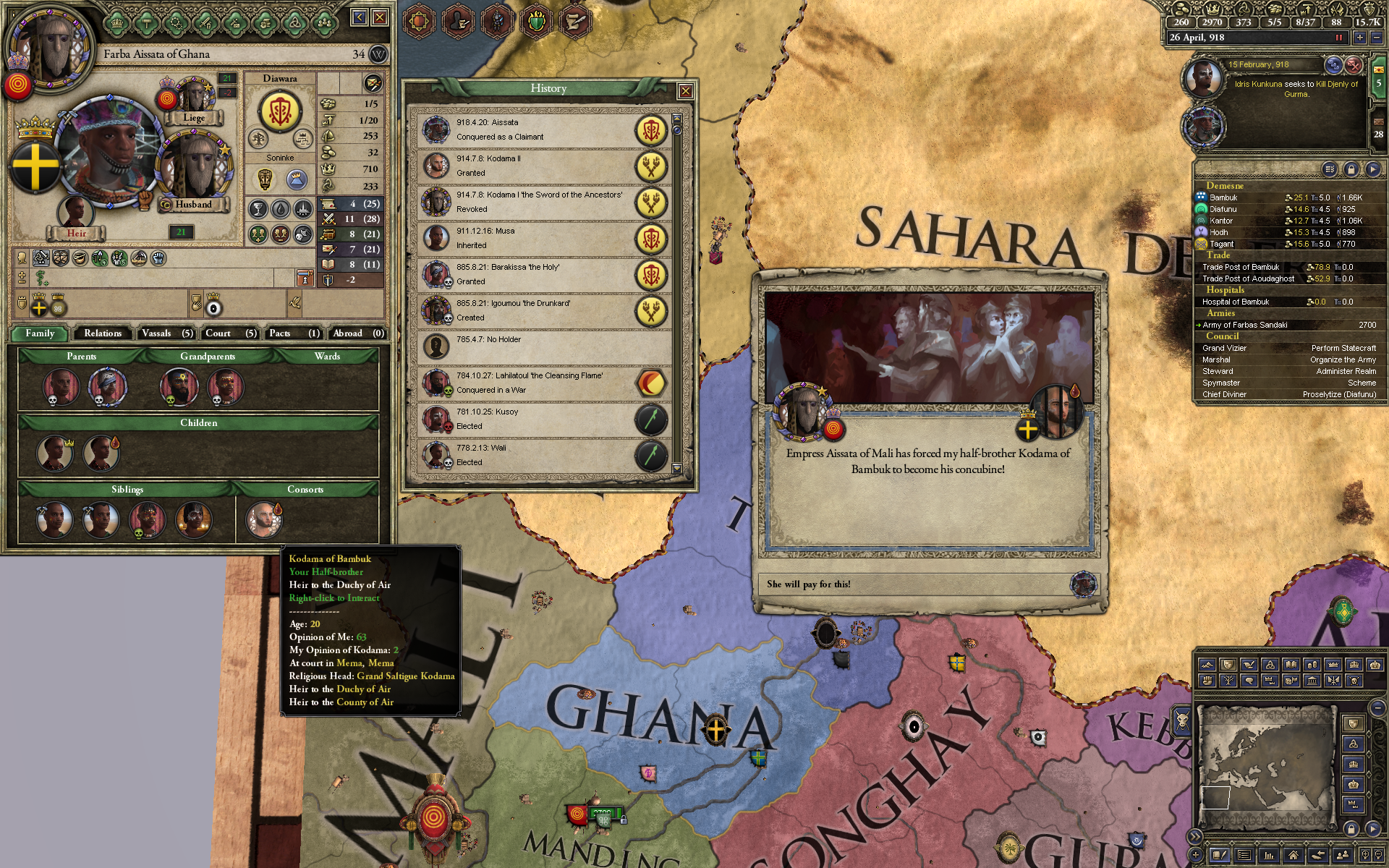