Summary of Narrin History & Culture​
​
The Narrin are a highly intelligent species of feminine space elves, dead-set to right the wrongs of the galaxy, just as they did with their homeworld Furusato, of the Solar Ring system. Their history is not without conflict, but they as a species have managed to reach a point of peace that transcends culture. The Narrin achieved world unification through evolution. The prehistoric life of Furusato, the flora and fauna both, were gifted with innate primitive telepathy that allowed them to form unimaginable connections with the other life around them. After this life met extinction by asteroid-impact, the life that walked the planet millions of years later maintained a trace of this power in their DNA, allowing them to more easily form connections with their neighbors and resolve their differences much easier.

A brief summary of the modern-day Narrin: 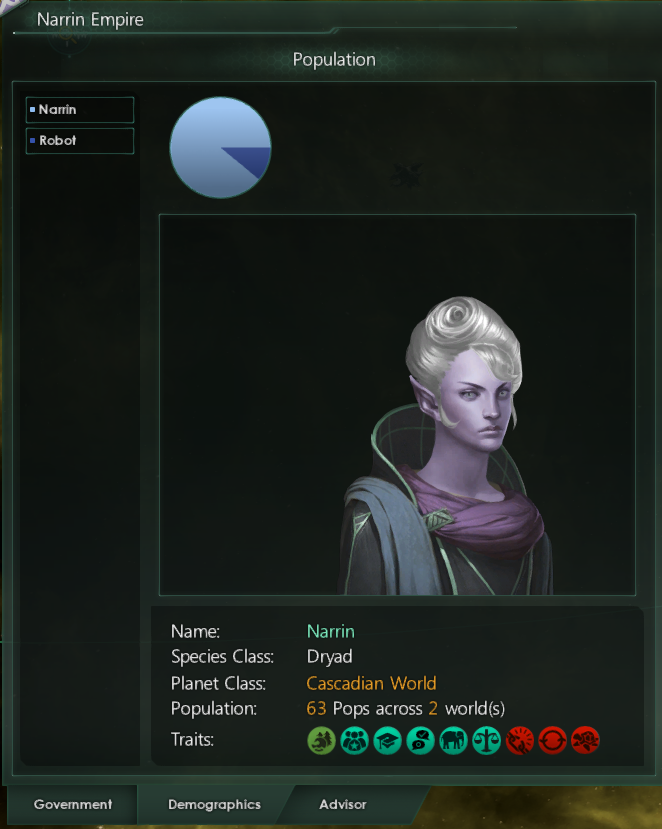 A significant part of the Narrin's culture and economy is grounded in renewable energy, so naturally they have managed to maximize their infrastructure's efficiency.

The Narrin are a highly intelligent species with a history of fast and steady progress.

These people have evolved with an instinctive sense of empathy for their neighbor, and are able to resolve conflict quickly amongst eachother.

By unlocking the mysteries of health and well-being through the miracles of modern medicine, most Narrin are expected to live long lives free of fear or undue suffering.

The Narrin, across all cultures of Furusato's history, have always strived to do what's right and just, whatever that means to them.

The Narrin's lack of a physically-demanding upbringing has allowed them to evolve away the need for muscle or resilience. Their minds do the heavy lifting.

The many cultures of Narrin have all struggled with under-population. Universal emphasis on freedom of expression has made enforced sexual roles unfamiliar to the Narrin, and so sexual compatibility has never been enforced on any societal level. They have recently overcome this issue thanks to modern advancements in cloning technology. 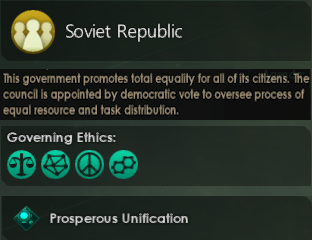 They are a people who, at the start of their interstellar expansion, enjoyed many significant advantages over other Faster-than-Light Civilizations just starting out, if they could be called that. They enjoyed off-world living for many generations before they left their starting system, populating their home system's space with dozens of city-scale space stations. Their researchers were at a loss for most of their early Space-Age history regarding faster-than-light travel, many of the Narrin's top minds agreed for many years that it was simply impossible. It wasn't until the nations of the world came together to form Project Messiah, an ambitious vision of a colossal research facility, the compound itself a massive supercomputer capable of an unimaginable amount of simultaneous calculations and simulations, programmed to assist the top minds and leaders of the world in their research and decision-making.

But such a project was unthinkable, it would require an unreasonable amount of power to operate. For a few decades, the people had for some time accepted the loss of their religion. They once believed their sun, the Valley of Gold, they called it, was itself their divine creator and the star's surface, their afterlife. At this point in their culture, basic astronomy was enough to disprove this dogma, and the masses of the new, unified Furusato had accepted it enough for the people to start taking real advantage of their sun, without cries of blasphemy. 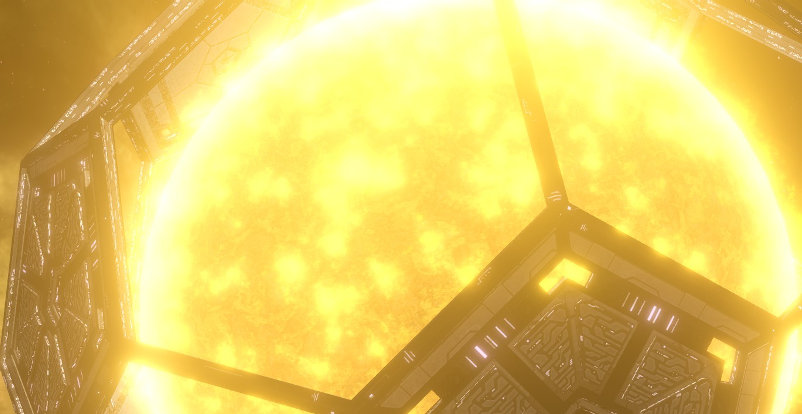 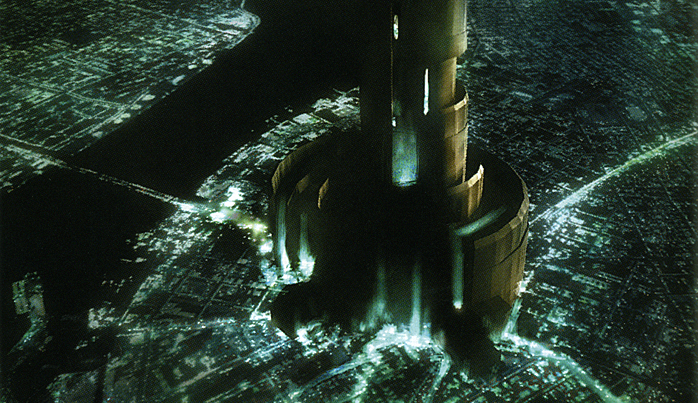 ​
The Asteroid Guild proved a smart investment for the Narrin, as the company played a major part in the engineers' accumulation of resources to build the Dyson Sphere. It took a whole century of labor, but when construction was finished, it offered virtually unlimited power to the Narrin. The masses enjoyed immense wealth and comfort from the Sphere's energy, while the scientists of the Narrin enjoyed steady progress. They could officially begin Project Messiah, and called for the Asteroid Guild's assistance once again for another ambitious, but worthy, project.

The supercomputer was next on the list of ambitions, constructed over a forty-year period, made possible by the Dyson Sphere's wealth. Project Messiah, now-dubbed SIM (Simulated Integral Matrix) was capable of generating unimaginable simulations and calculations, and was a universal assistance across all scientific fields. After only a handful of years in use, SIM proved its utility by leading astronomers to the discovery of the hyperlanes, overcoming the centuries-old mystery and opening the door for many advancements in faster-than-light travel. The Narrin were, finally, about to leave their home system for the first time.

Salutations, Stellaris Forums! This is my first public AAR, and one of my first-ever writing projects. I am accepting advice, but please do remember I am mainly doing this for fun, practice, and self-expression. I hope this project is as fun as it has been thus far, and this is only the beginning. Please do ask any questions about the material or the Narrin that you may have, I will do my best to engage with your curiosity, and not spoil any ideas/plans I have, haha.

Please note, this is a heavily modded playthrough that has and will make moderate use of console commands. Narrative is a heavy focus of this AAR, and will be held above all-else in the gameplay. These variables, however, shouldn't have any effect on the story itself. I am aware of how overpowered the Narrin seem/are, but the point of this story is to better the galaxy in the Narrin's image, and that requires the right set of tools to use against the nightmares of space.

NOTE: I have a lot of mods. I have posted a full screenshot of my mod-list below my settings, but I must disclose my ignorance to any potential incompatibilities or out-of-date features. I've done as much testing for myself that I can, but do anticipate potentially needing to re-sort the mods as I go, or utilize console commands/time-travel to overcome any issues or bugs. 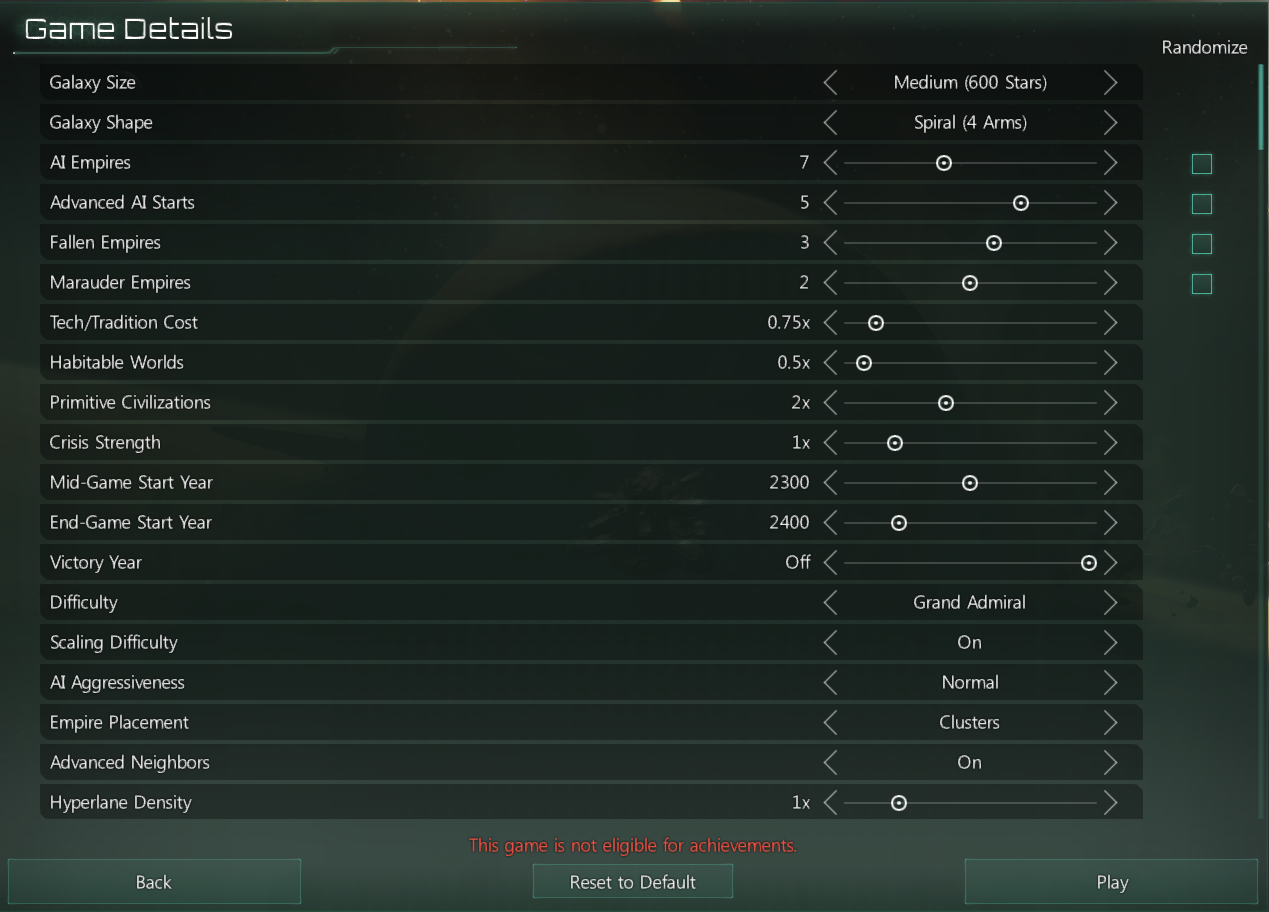 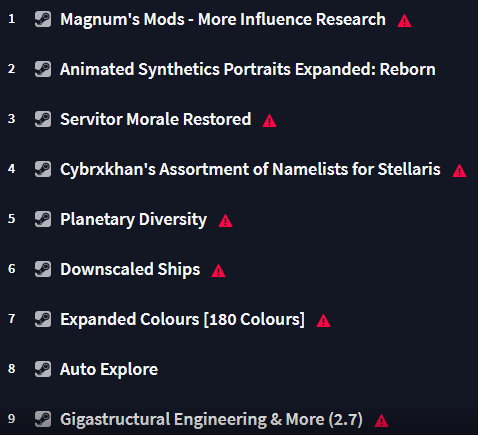 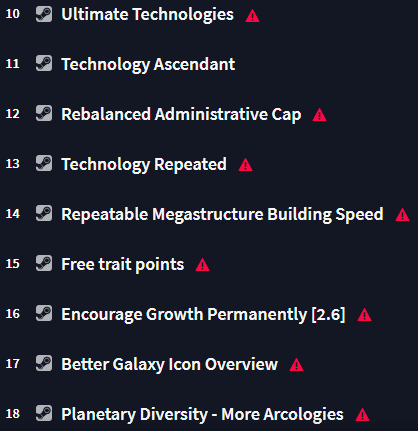 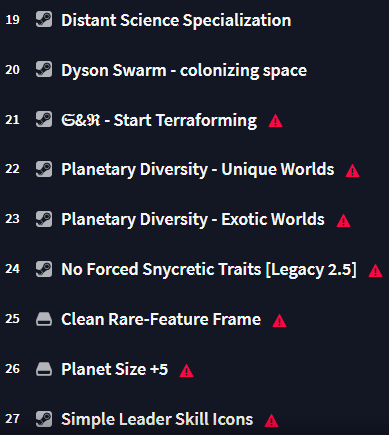 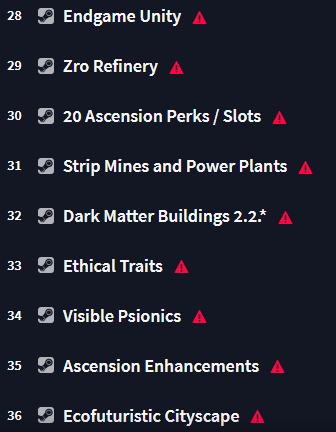 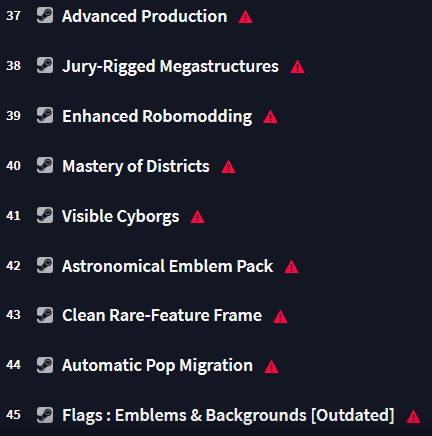 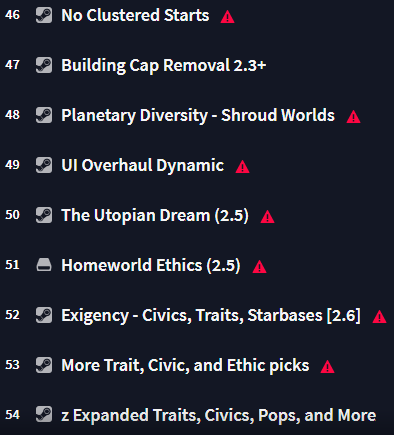 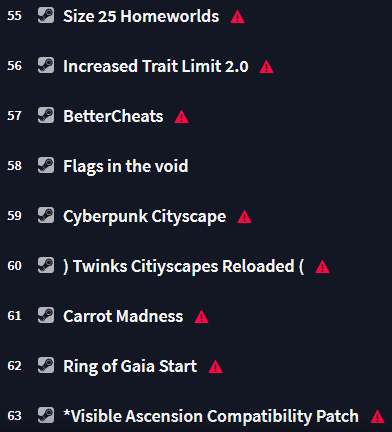 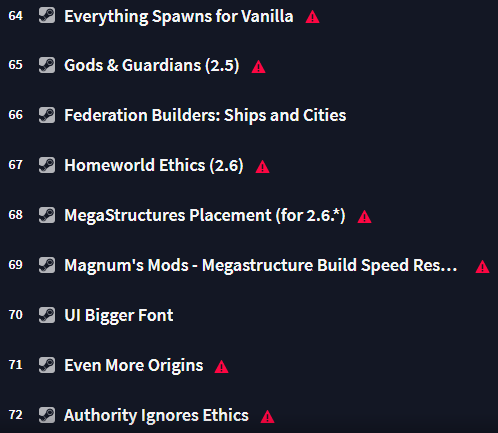 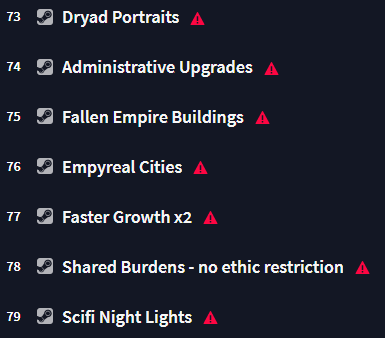 Boy, look at all those triangles!
Click to expand...

You had me at "Narrative AAR." Welcome to the community!
Toggle signature
Also known as "Metacavity," I am the creator of the Stormbreaker Universe, a series of crossover fanfics set in the universe of Stellaris: