The Ironic Nature of Paradox Forums

Jump to latest Follow Reply
Menu
Install the app
You are using an out of date browser. It may not display this or other websites correctly.
You should upgrade or use an alternative browser.
Europa Universalis IV 79283 EUIV: Suggestions 17848 EUIV: Technical Support 6375 EUIV: FAQ & Strategy Guides 216 EUIV: AAR's, Let's Plays, and Fan Fiction EU IV: Alternate History Short Story Contest Contr 28
Show only dev responses

I think the fact of the matter is that not every suggestion, or even idea, is a valid or good one. I see a lot of posts that suggest sweeping changes to the game, and in my honest opinion those people should go and make mods. As for stuff like UI fixes, that should probably go with the bug reports.
It's hard to say where game balance goes though. If a hundred people agree to a post saying nerf the Ottomans, for example, should that be considered a suggestion, or is it just a community consensus that should be addressed by the devs? It's a very gray line.
Last edited by a moderator: Mar 16, 2016

Zelius said:
I do that; when a post is obviously not informative but I find it funny, I mark it 'helpful'

Maybe it's just my immature self that can't resist how ironic that is...
Click to expand...

Well... the ironic nature... Both helpful AND funny ;-) so pick whichever you like for that one
Toggle signature
Hosting MP team game, read about it here
Twitch for live questions, I play casual so you can follow my actions and ask away if you need help!

Reworking CB and it´s uses
Prepare for war, negotiate demands with ally
Rework on relations and interactions
Global vs local mechanics about states and against doomstack armies
Technology, institutions and spread how to make technology dynamic and sensible
War and borders in space an idea for skirmish battles, spreading of fleets and an alternative to "total war" playing
Dynamic mechanics over static how come it´s all or nothing mechanics, like religous conversion at 99%

Zelius said:
I do that; when a post is obviously not informative but I find it funny, I mark it 'helpful'

Maybe it's just my immature self that can't resist how ironic that is...
Click to expand...

I found this extremely helpful.
Toggle signature
"The more I studied that record, the more convinced I became that the job of the historian is not to pass judgment, but to try to understand." - Ludwell H. Johnson
Reactions:

And that's why I shamelessly advertise my suggestions in the signature. If I'm active there's a good chance that people who agree with my posts will look into my suggestions, without needing to search through all my posts.
Toggle signature
It's time for a little self advertising:
*My proposal on change in cultures *Rulers' traits *Remove hostile core creation! *Trade Unions *Culture Conversion *Allow HRE princes to form kingdoms again
*Teutonic Order + Bohemia = BFFs (also the case of Samogitian coast and Livonian Order) *My take on a dynastic system *Let's Spice Up the Central Asia! *1.21 Hungary Patch Observethrough: The Balkan Oddity
*Custom names for wars and battles should be a thing! *Restoration of union casus belli should be permanent *Releasing only part of a nation's cores *On the Dutch Revolt and other Dutch things
*Diversifying Prussia *Please, change Polish ideas! *The raiding parties *Expanding Personal Unions *Remove arbitrariness from colonisation!
*Let us favour particular cultures *and religions! *Add new provinces to the Baltic Region and Romania! *Allow us to edit our countries upon reaching empire rank! *#MakePrussiaBlueAgain
Not Accepted... yet ; Partially Accepted ; Accepted! ; Other(not suggestion)
Reactions:
O

Martin_Mortyry said:
And that's why I shamelessly advertise my suggestions in the signature. If I'm active there's a good chance that people who agree with my posts will look into my suggestions, without needing to search through all my posts.
Click to expand...

This also works when they disagree. Sometimes they disagree so much that they want to go to your suggestions and "respectfully disagree" with these as well.

And that's why I shamelessly advertise my suggestions in... this thread and many others. 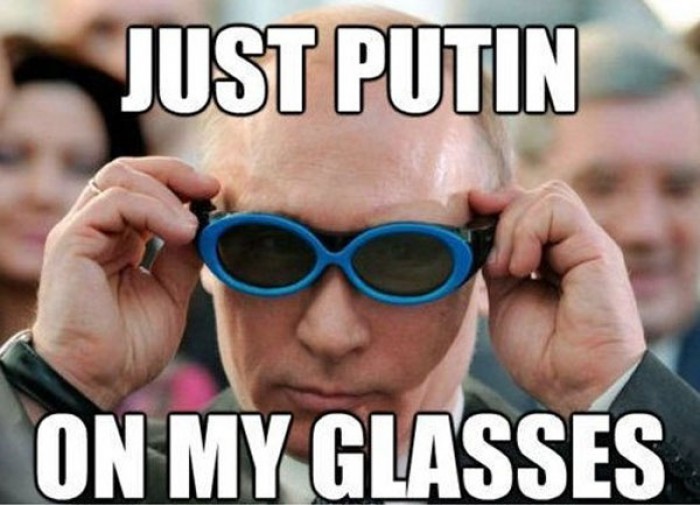 Toggle signature
When nobody is looking, I play Muscovy. I ravage Novgorod, terrorize the hordes, instigate and wipe out all dissidents and ensure that Scandinavians all speak Finnish. -Jake 'DDRJake' Leiper (31/03/2017)
The True Fall of Constantinople - a reminder of the true history of PDX Dev Clash
Make vassals use up only 0.5 diplo relation slots
Atwix's Guide to Coalition Dodging and Aggressive Expansion - an absolute game changing must read
Our approach to historicity in design is mainly one of flavor and inspiration - we want mechanics that feel appropriate to the era, but historical accuracy ultimately takes a backseat to gameplay. -Martin 'Wiz' Anward (02/07/2015)​
Reactions:

I think part of the problem is that there are two kinds of suggestions. The one that calls for a small tweak of game designs, like changing ideas, nations and small mechanics. These are generally supported by most of the community if they are well thought through, but are also not very exciting and thus only receive minor responses.
The other one are the over-the-top game changing suggestions that have the length of an essay and call for the overhaul of a whole mechanic. While these often might good suggestions, they are just to far from reality to imagine how they would be implemented and how they work out. I can only speak for myself, but I only seldom bother to read the whole thing.

Obliviously a split of the forums would not be a good solution since it would decrease the number of readers per post even more. What I imagine could work would be a feed of suggestions, each with a title and maybe a cap of 200-300 words that quickly explain the suggestion and that you could up or down-vote while scrolling through. I think that it would make a flood of suggestions better to read and easier for the Devs to filter out the good ones.

For the big posts, I only have one recommendation. Use more pictures. Give us something to look at and understand what you want to have changed at a glance. But only a few would put so much effort in it when it is only read by a handful of people.
Reactions:
Show hidden low quality content
You must log in or register to reply here.
Share:
Facebook Twitter Reddit Tumblr WhatsApp Share Link
Top Bottom