The Inkwell - Advertise Your AARs Here 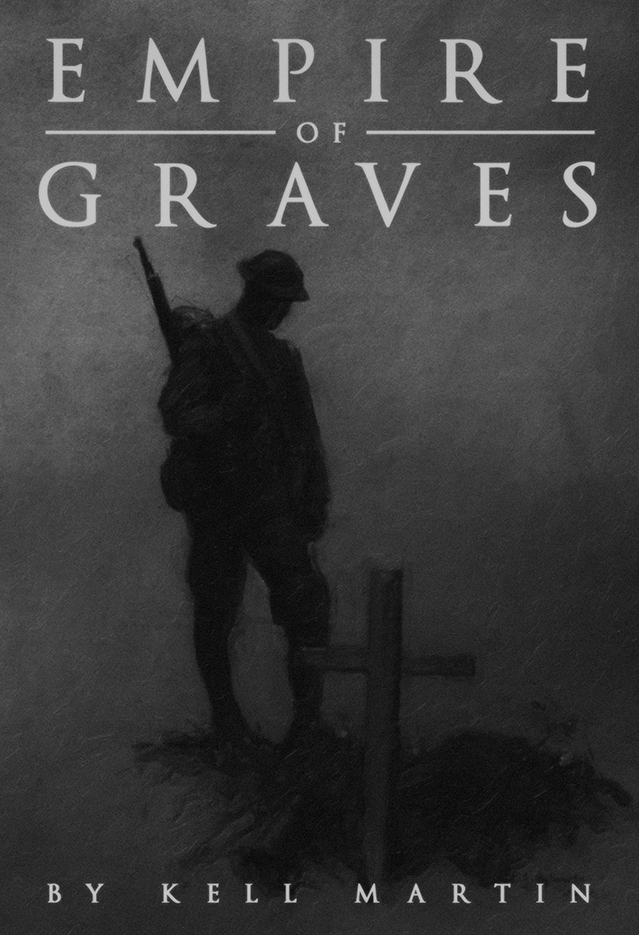 Crimson's AAR Inkwell​
The Third Odyssey - An Elysian Tale: Ioannes VIII looks upon his empire and despairs. Surrounded by enemies upon all sides, the Emperor looks into classical inspiration in a desperate means to save his people and the Imperial legacy of the Romans. Launching an odyssey and abandoning the Old World, the exiled vestiges of the Eastern Roman Empire were set to alter the course of history forever...

La Serenissima - The City of Fortune : The Serene Republic of Venice had, for the longest time, enjoyed prosperity as a dominant economic power in the Mediterranean. Unbeknownst to the republic, Venice was on the brink of a Golden Age at the dawn of the Renaissance.

Dream of the Eagles - Mildly Interactive Germany AAR : The Duchy of Brandenburg, ruled by the House of Hohenzollern, had been a minor power among the myriad of states within Northern Germany. Sometimes all that's needed for greatness is a little push.

The Lion and the Lilly - History of the Angevin Empire: What if England won the Hundred Years War? Follow the House of Anjou as they begin to establish a dual monarchy that would come to change the history of the world forever... (prematurely came to an end in 1605)
Last edited: Jul 21, 2020
Toggle signature
EU4 AAR Writer

CK2:
Keys to the Kingdom of Heaven: A Papacy AAR: Alexander is a controversial pope, but he has done much. His actions have altered the Papacy, which looks set to expand it's influence. Discontinued due to change of Computer

CK3:
A Raksha's Game: A House Vijayabahu AAR: A CK3 AAR where I set out to learn the game, and unite all four directions of the Indian Subcontinent starting as Thakur Vijayabahu of Rohana.
Last edited: Feb 18, 2021
Toggle signature
My Inkwell

"MAY ALL TALKING TREES BE PUNISHED FOR THEIR INSOLENCE TO HIS MAJESTY,THE GOD-EMPEROR OF DENMARK,SCOTLAND,ENGLAND,FRANCE,SPAIN, AND POLAND-LITHUANIA!"
-me

Neordnung: Dark Days. What if Germany won the European Front?
Introducing: Legacy of Anarchism | What if Anarchism was more popular?

councillor of King Glitterhoof the Mad

Completed: none so far

With three AARs completed and another one going strong, I thought it was past time that I added my growing collection of stories to this list. 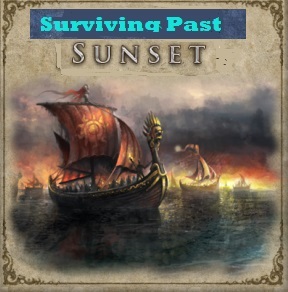 1. Surviving Past Sunset (CK2) (Abandoned) – A tale chronicling the Sunset Invasion through the eyes of young Elspeth Dunbar, whose family had been, after 200 years of accumulating power, were on the brink of claiming three Kingdoms when all their plans and ambitions are swept away by the sudden onslaught of savages coming from across the sea.

This, my first attempt at an AAR in November 2014, was abandoned for creative reasons, it was a bit too ambitious and overly complicated for a first attempt. Plus, it turned out the flashbacks to the earlier time line would have had more action than the main story, which was stifled by the Aztec Emperor completely prohibiting internal and external wars, and the absolute fanatical loyalty and devotion of the Aztec people, who resisted any attempt at plotting within the Empire to change that. 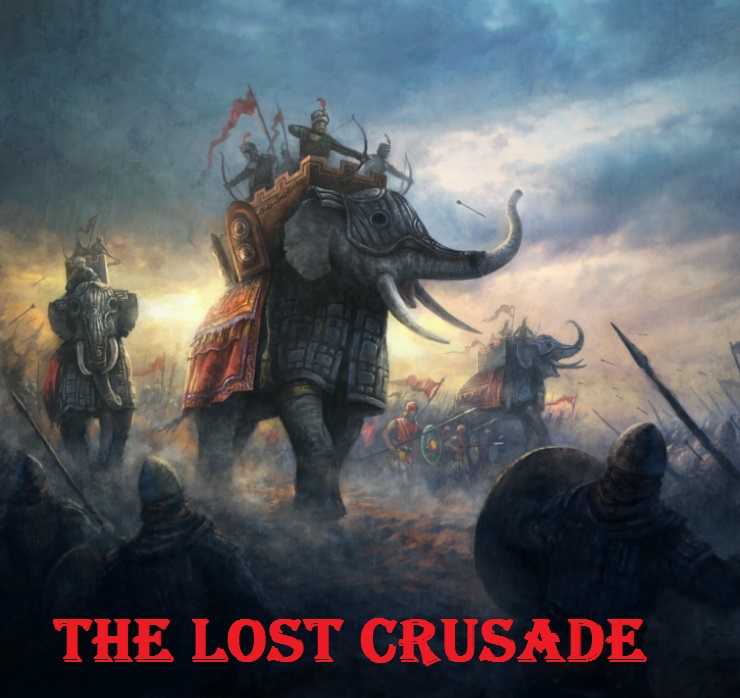 2. CK2 AAR - The Lost Crusade (Complete) – The Laird Clan had taken an unusual path in their rise to power, going from the Highlands of Scotland to the Asian Steppe to find service as Khans under the Khagan of Cumania. From there they had returned west to become the greatest power in Europe. In the year 1339, Pope Martinus III called the faithful to join him in a Crusade against the Kingdom of Orissa, far to the east in fabled Hindustan. At first only a few Catholic lords joined the Crusade, but then the Laird Emperor, Edward of the Marcaich-Shine, the Storm Riders, sent his 6th son, Prince Lennon Laird, and 10,000 men, including the Knights Hospitaller, into the east to support the Pope. None of these Crusaders would ever return. This AAR tells the story of what happened to that Lost Crusade.

My second AAR was successfully completed, running from March 2016 through November 2016, and received recognition as the Weekly AAR Showcase (3/4/2016). 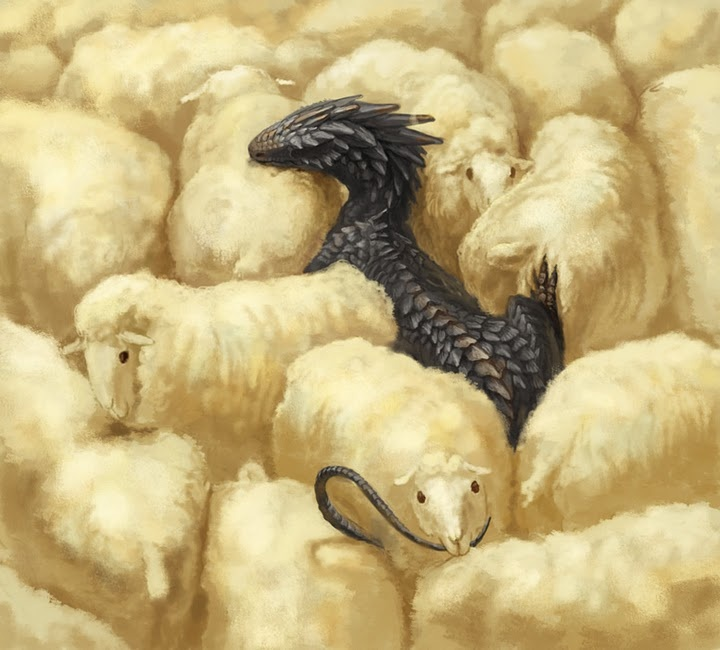 3. A Dragon in Sheep's Clothing - A CK2 AGOT Mod AAR (abandoned) – What if Rhaego, the son of Khal Drogo and Daenerys Targaryen, survived that fateful night in the tent, and was instead spirited away by Miri Maz Duur and placed with her people, the Lhazareen? Can a boy raised by the Lamb Men achieve his destiny as “the Stallion Who Mounts the World”?

This AAR started well, but I grew to dislike the format I had adopted, and eventually abandoned it. It was active in February and March 2018.


Rhaego eventually tames a dragon, the spawn of one of his mother’s dragons, and makes himself King of Lhazar, protecting the Lamb Men from further depredations by the Dothraki. After his death, his daughter would tame his dragon and then go beyond just safeguarding the Lhazareen, and become a conqueror. 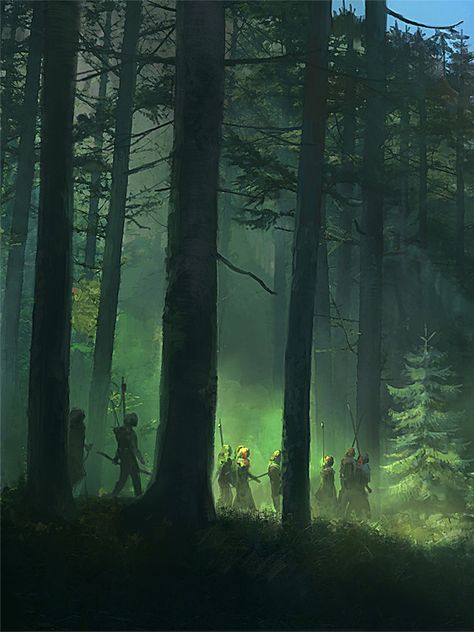 4. The People of the Forest (CK2 AAR - Ongoing) – This ongoing saga depicts life among the Meryan tribes, pagan followers of the Suomenusko Gods who dwell within the northern taiga. The story follows the ever-growing Kardazid clan who unite their people, a collection of small scattered tribes threatened on all sides by powerful enemies, into a growing Kingdom that will soon be feared in turn.


5. History 303 – The Third Kingdom (A CK2 Jerusalem AAR - The Complete Course)
As many of you have expressed interest in origins of the de Cognac dynasty as well as that period in the Middle East when it was an unstable region, rife with war and conflict, not the stable region it is today, I have agreed to offer a short course on the founding of what the historians call the Third Kingdom of Jerusalem, which will be available this spring as part of the curriculum at Estrid Junior College here in Damascus. Attached is the course syllabus:


Hist 303 – The Third Kingdom - This short course will provide you background on the founding of our great nation, some 600 years ago and the historic figures that made it possible.

Day 1 - Course Introduction and Historic Sources
Day 2 - On Dating the Three Kingdoms of Jerusalem
Day 3 - The de Cognac family tree
Day 4 - Philip de Cognac
Day 5 - Princess Ingeborg Estrid
Day 6 - Richard 'the Blessed'
Day 7 - Richard 'the Crusader'
Day 8 - Richard ‘the Just’
Day 9 - Amice ‘the Lionheart’
Day 10 - Anselm ‘the Lion’
Day 11 - Godfrey of Lucano
Day 12 - Anselm ‘the Apostle’
Day 13 - Matthew ‘the Monk’
Day 14 - Course Summary and Conclusions
This short course was presented in May & June term of 2020. The completed course is now available for other educators to use with their students.

The personal accounts of the Anglo-Saxon Lords of Bebbanburg as they weather multiple invasions of England by foreign powers and try to preserve their lands, their titles, and their very culture in the face of numerous threats.

A young Prince of Poland is given lessons on the history of his Kingdom and dynasty by a venerable scholar.

For Links to My Past AARs in The Inkwell- click here
Reactions:

[From the writing Desk of Nemo of Utopia]​
The Glorious Star-Empire of Elfhame: A Tale In Memoirs. (An ongoing Chapter-Based AAR Anthology.) 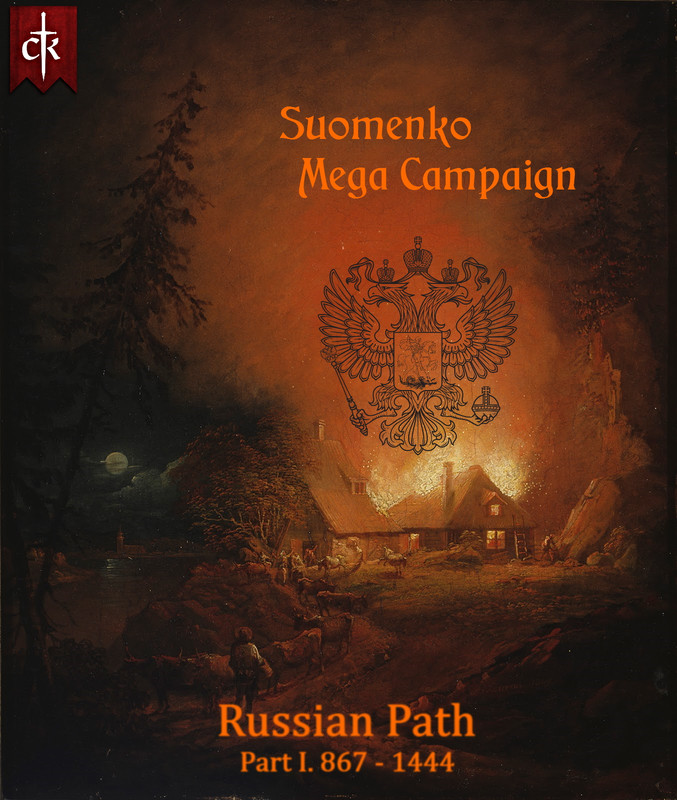 I have an ongoing AI only megacampaign (if they count) -

And starting a new on today:

If you can read French, I began a new "history book AAR" on CK3 about the history of the Crusade and the kingdom of Jerusalem. The style is the same as my 2 years long CK2 AAR about the byzantine empire from Leon III to Lothaire II 717-1453. The first two books about the Crusade are nearly completed.

French translator of A Games of Thrones mod for CK2.
Reactions:

I am trying to make an AAR in Danish again.

It is in the Scandinavian part of the Forum.

If you are interrested you can read it here

It is about the Commonwealth of Man, my favorite nation in Stellaris.
Toggle signature
"Nothing beats good Music. It gives Casus Belli to paint the world in (inset color of nation here) for the glorious (inset Glorious faction name here)

The Blackdrake of House Targaryen​
Toggle signature
"You fight only fight for gold, while we fight for honor."
"Ah yes, we tend to fight for which we are deficient."
My First AAR:
Patience, Wisdom, Eternity: The Legend of Alaeron | New Valyria AGOT AAR​

Welcome here fellow AARlanders, it's Silviero90 speaking here. I'm a relatively new but enthusiastic writer and I'm not English mothertongue so... I try my best to make myself understood.
But it's enough for me so here I present you my works.

-CLASH OF PATHS - A double-face AAR (ongoing)
My debut AAR: it's a story behind history so the focus is on the characters, their feelings and on the narration, not on the success of the game; the story goes around two custom rulers (the count of Bern and the Duke of Lombardy, both friends) who, after being nominated vassals of the Holy Roman Emperor, must face the bare and brutal face of the medieval world: would this face-to-face with reality lead them to change their point-of-view or would their youthful dreams be the Path to greater changes?
Toggle signature
Current CK3 AAR: CLASH OF PATHS- a double-face AAR
Reactions:

CBR JGWRR's Active AARs:
HaMaadimi Imperium - "If I ruled the world, what would I like to see change?"

CBR JGWRR's Planned AARs:
Starred Hooves -A Khazarian Tale
A Khazarian EUIV Extended Timeline through to Stellaris megacampaign looking at the rise of a Nestorian Khanate as it develops through history.

Rise of the Republic
A Stellaris consideration of the origins of Star Wars; from fictional inspiration to a civilisation turning dreams into reality.

CBR JGWRR's finished AARs:
Yabuntu Iriphubliki - A Zulu AAR
A divided Humanity spreads out to the wider galaxy, focusing in particular on the Yabuntu Iriphubliki - a republic founded by new Zulus. (mainly Ndebele, with some Shona individuals from Matabeleland, Zimbabwe)

Prikki Endeavour
The Prikki have successfully opened their shielded world; what will they find in a galaxy where everyone is more advanced than they are?
Last edited: Nov 15, 2021
Toggle signature
My AARs: Inkwell Overview
Yabuntu Iriphubliki - A Zulu AAR, The Prikki Endeavour, HaMaadimi Imperium 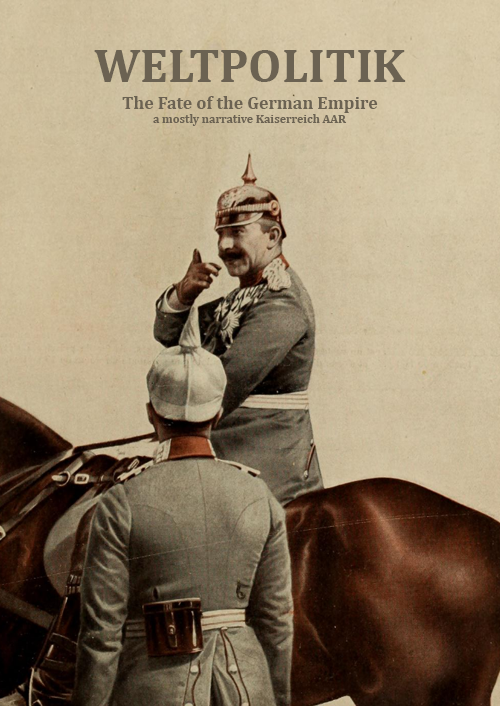 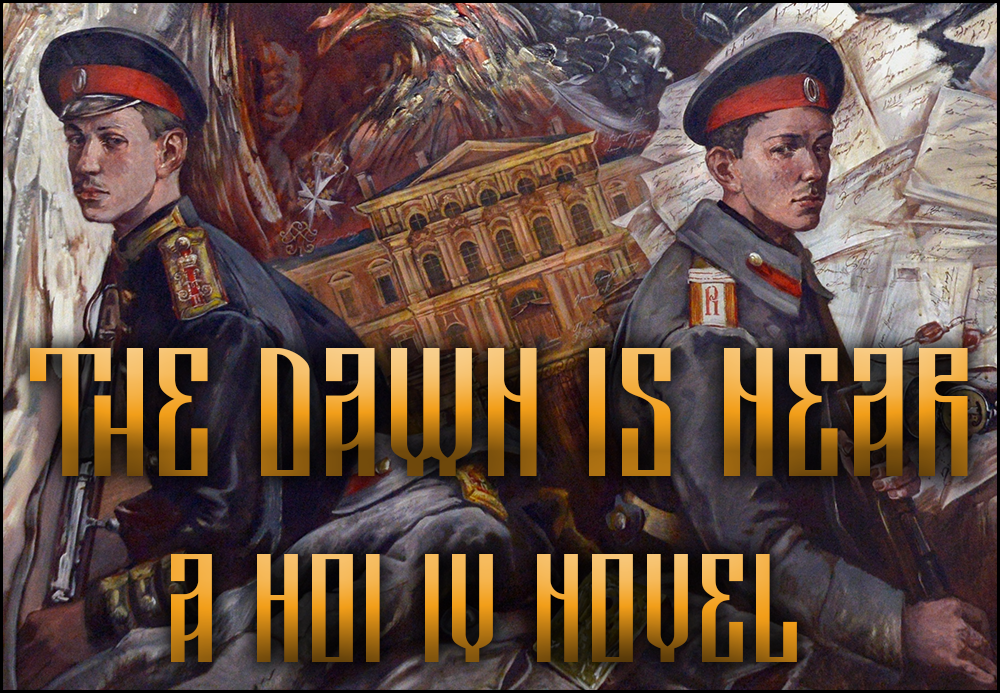 A narrative novel-like No Step Back White Russian AAR 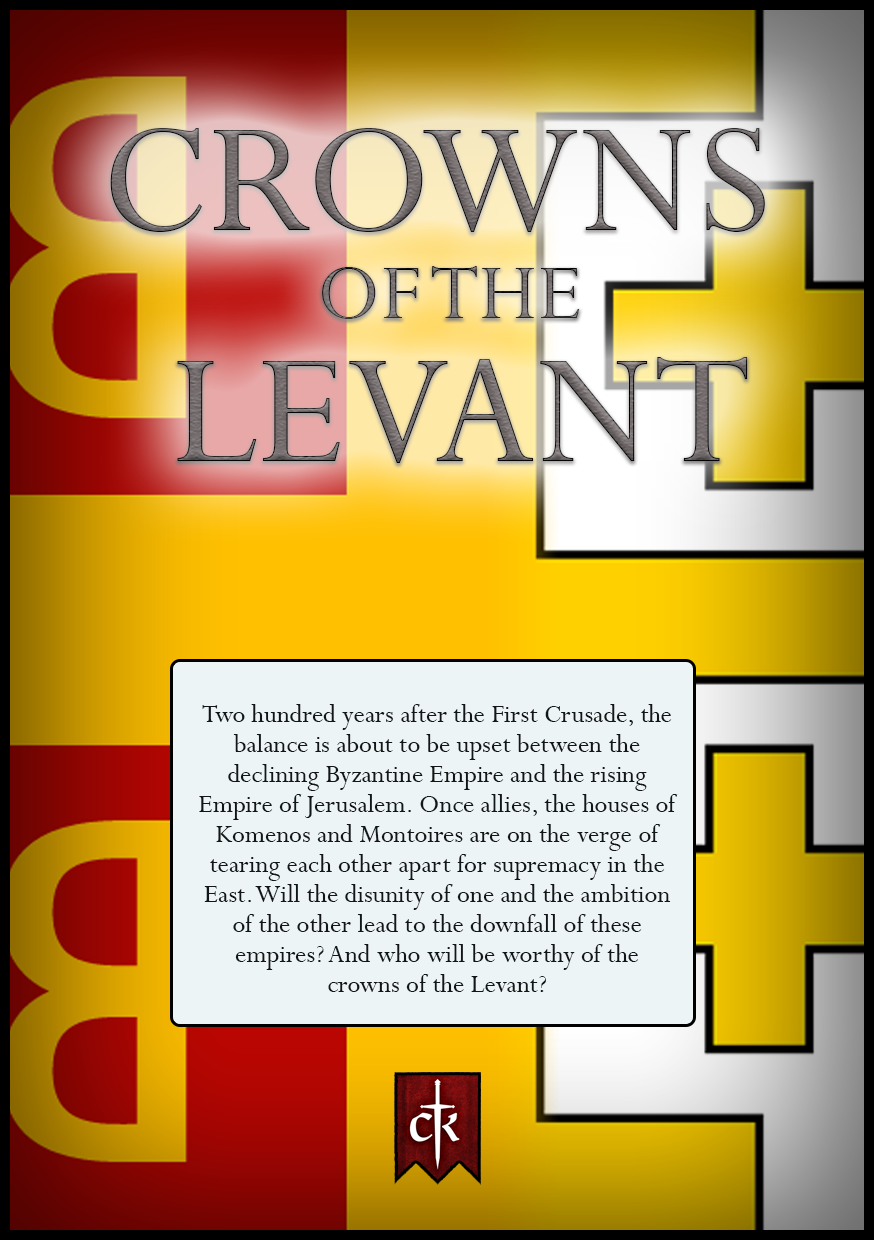