The Cicero Update is Now Live! 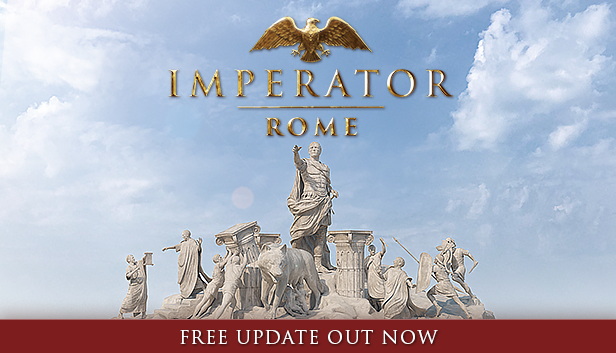 The “Cicero” update to Imperator: Rome makes a number of dramatic changes to the core game, letting the player focus on political consequences and imperial governance instead of waiting for numbers to grow. Provincial populations can now be nudged towards assimilation, but are mostly autonomous in their preferences. Provinces themselves can be developed along a range of settlement sizes, according to your priorities and wealth.

The political and military games have also been enhanced. Advisor loyalty will affect how flexible you are in meeting new political challenges, and balancing the competing factions in your empire will be important in new ways. Your armies must gain experience in order to adopt new traditions, but that might mean risky wars or expensive drilling.

In all, “Cicero” is an attempt to see if new game design ideas can work in one of our favorite settings.

Sounds great. As a disappointed day one buyer (I enjoyed it for 20 hours, but quickly became bored of the rince and repeat gameplay) I feel like it's the good time to give the game another chance

That trailer is so incredibly on point. Kudos to the entire team. Mighty impressive.
Expand signature
I play Paradox games on youtube, check me out here if you like: Lord Lambert​

I hope the game get some good reviews now. I realy start to enjoy it even if I still miss a lot of stuff. Keep up the good work.

What about Xbox Game Pass Users? How do we update the game?

djxcaetan said:
What about Xbox Game Pass Users? How do we update the game?
Click to expand...

It should be available on gamepass as well!
Expand signature
Tech Lead of Clausewitz & Jomini
Born under the sea.

Returning player coming back to Imperator. I'm really happy everything goes so smooth on GOG. Beta Channels gave me a first look on the beta yesterday. Time to paint the map once again now
G

Can anyone explain to me why gold was removed from peace treaties? I still can't understand the reasoning for this at all. When I saw this initially, part of why I figured the team took a while to get this patch done was to fix things initially stated would be changed such as this.
The team had over a month to make the adjustments to the economy in game (which balance/economy/etc they said was part of the reasoning for the change iirc which still made no sense tbh). How is it such an issue that a notion that exists in almost every other PDI grand strategy game is inoperable?
I'm not mad over it, I'm just genuinely confused as why this is even something that was changed at all, and how this improves the aspect of waging war or overall game meta even in the slightest, especially given the ahistorical nature of the change. That aspect is one big "???" in a range of good changes this patch makes (although also a LOT of changes that make doing things like "Phyrric VIctory" a LOT harder it looks like).

Great.However,the offline GOG installers have currently not been updated to Cicero for both Windows,Mac and Linux versions.Any eta for when we can get it?
Thanks for any replies about this.
Cordially.

magriboy0750 said:
Great.However,the offline GOG installers have currently not been updated to Cicero for both Windows,Mac and Linux versions.Any eta for when we can get it?
Thanks for any replies about this.
Cordially.
Click to expand...

We hope to have 1.2 Cicero up on GOG offline installers within a day or two. Sorry for the inconvenience.
M

Jormungandur said:
We hope to have 1.2 Cicero up on GOG offline installers within a day or two. Sorry for the inconvenience.
Click to expand...

No problem.Thanks for the heads up.