It is that time of the year again when we look back at the past year and see what number of AARs have been successfully finished. In 2012 there were six AARs reported as being completed in AGEOD AARland, thanks to our esteemed Librarian, loki100. 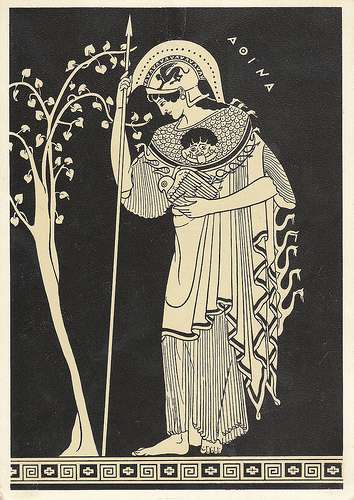 Whom of the following six AARs do you like the most and should get the 2012 Golden Aarthena Award?


So, reread the AARs listed and decide which one you like best!
The three winners will get praise and congratulations as well as a note in the AGEOD Library, so winning this poll is at least as good as winning the lottery

I voted for Who put the stranded Admiral in charge?. It was the AAR that finally made me feel curious enough to actually try RUS (even if that didn't happen until many months later). If I could've split my votes, I would've picked Burning down the Houses as well, because A) loki and Narwhal always write great, insightful and funny AARs and B) because it continues their habit of creating an introduction to the game at hand. Still, I went with my choice because I prefer the setting of RUS over BOA.
Toggle signature
Hollow Little Reign - A brief Crusader Kings tale about family ties in Byzantium.

In the end I went with 'Death will stand grieving', incredibly hard to pick, especially from Bornego's trilogy but there is something about the epic scale of the DNO scenario (I panic just opening it) and Bornego's wonderful mastery of his presentation. Problem is his other 2 are equally superb.
Toggle signature
Heading for a clear bright sun Steampunk meets Victorian Russia

in view the coming closure of this forum, I'd really suggest just cancel this ...
Toggle signature
Heading for a clear bright sun Steampunk meets Victorian Russia

So, voting has closed. 15 votes have been cast. Less then half of the amount we had last year (33), but that was to be expected, given that AGEOD and Paradox split up again.

The Golden AARthena for Best Completed AGEOD AAR for 2012 goes to: The Mightiest Empires Fall: An Austrian RoP PBEM, by loki100.

The Silver AARthena goes to: Death will stand grieving on that field of war, by Bornego.

The Pewter AARthena is split amongst: Who put the stranded admiral in charge? and The swans head north by Bornego and Burning Down the Houses: The War of 1812 by loki100 and Narwhal.


Congratulations to loki100 especially and to Bornego and Narwhal.

Thanks to everyone who voted and to everyone keeping this little subforum alive with their AARs and comments. I sincerely hope we'll have enough completed AARs this year so we can hold this competition again next year.
Toggle signature
AARland Rules | Forum Rules
Fan o. t. Week 24/7/08 | 25/7/10 | 27/9/15
The Past of the Solar Commonwealth - A Stellaris AAR​
When I use this color I am posting as a Moderator. If you want to discuss one of these posts, send me a PM, do not answer in public.

Qorten said:
Thanks to everyone who voted and to everyone keeping this little subforum alive with their AARs and comments. I sincerely hope we'll have enough completed AARs this year so we can hold this competition again next year.
Click to expand...

I don't know what Bjorn et al have told the mods but the situation with the AGEOD AARs is that the sub-forum will be first closed for new comments some time soon and then 'archived'. To be fair to BjornB he agreed to talk to AGEOD about some form of thread migration to the AGEOD forum but I've spent a while on the tedious grind of simply copying mine over post by post.

So at some stage soon this AAR forum will be locked for new posts (this has already happened with the main forums) and then disappear.

I think from your comment you think that those AARs will carry on and be replaced by new ones but unfortunately that isn't the case. So some people are trying to rescue their work, others are hoping the inter-company migration actually takes place and so on. If this doesn't happen then the various 'how to' AARs I wrote with Narwhal will be completely lost as it would need both of us to be on line at the same time and to copy the posts in order to a new thread on the AGEOD forum (ie ain't gonna happen).

After that, I guess if anyone wants to write an AAR using an AGEOD game it will have to go into the OT forum. But in truth the small community of people who played both AGEOD and Paradox games have moved across to the AGEOD forum (hence the very few votes).