Greetings all, hope you’re all safe and healthy!

The following update “Tainted Earth” is one of our biggest yet. It adds a whole new layer to dealing with Pollution and Water, and includes improvements to almost every single facet of the game. There are new buildings, events, illustrations, hazards and opportunities in order to make post-apocalyptic survival a lot more interesting and maybe a bit more challenging as well. Pollution has evolved from largely static Nuclear Waste Deposits to a proper Pollution system. It now spreads via the Pollution Deposits and some of your own buildings (like the Environmental Station and Outhouses) to a larger area. This pollution contaminated nearby buildings and colonists, but can be dealt with by decontaminating structures manually or with Maintenance Depot, which now unlocks sooner before Environmental Station becomes available. Pollution levels can be checked with the new overlay button in the main HUD. 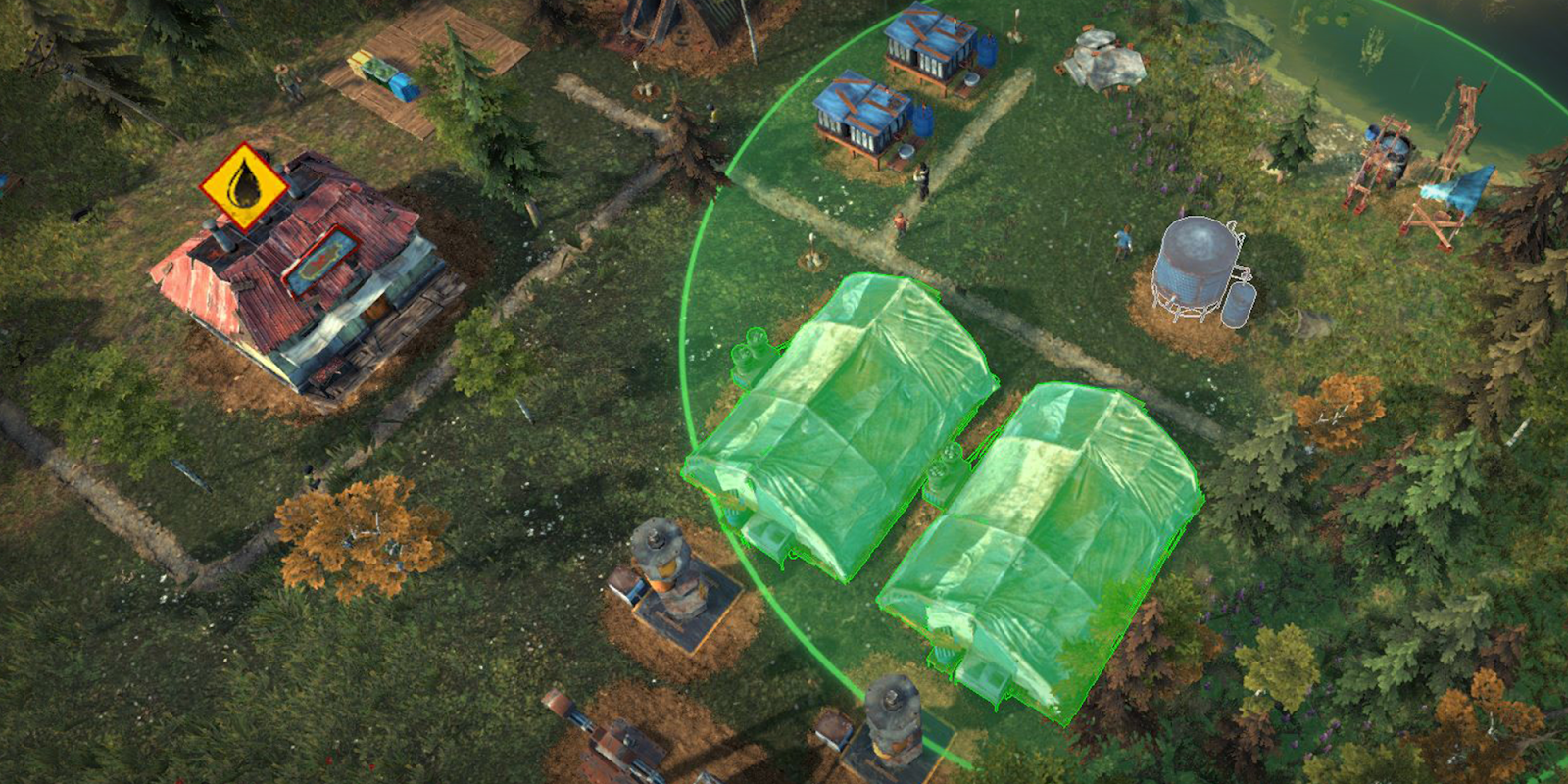 Water is now divided into two categories: Clean drinking water and water used by buildings. The former works in a similar fashion as before, but uses the new Clean Water Storages to store and distribute it. Old Water Towers are now responsible for the task of distributing Water to buildings like Greenhouses and Mess Halls. You can see their effective area when you build them or by selecting the Water Tower as seen above. Water-dependent buildings outside this distribution area will display a warning icon. Colonist drinking water is always prioritized over buildings if Water production is running low. We’re also added a new Water Pump building to really up your production. It’s placed on the shoreline, but requires quite a bit of Science Points to unlock. And as the community requested, it’s finally here: the option to manufacture Components. A new underground resource “Rare Metals” has been added to the outer edges of your colony, which requires the new Magnetic Separator to extract. This resource is then transported to an Electronics Factory, where it slowly but surely creates those invaluable Components for your Energy producers and consumers. The user interface has received several quality-of-life improvements, too. The old icons have been replaced with clearer new 3D icons. Work areas now display their resource contents, so it’s easy to see how much and what kind of resource you’re collecting. They also have a new banner you can pick and move around without opening the building info panel, so you can quickly choose a new area to scavenge. It’s also lit nicely, so the scavenging areas should be visible during both day and night.
For this Dev Diary we interviewed Jari, our new Junior User Interface Artist who started just before the outbreak in early 2020.

“I got a tip from a friend while studying at Tampere Polytech that a trainee position was available at Iceflake and got in soon after. I enjoy the combination of technical problem-solving and creativity you must exhibit as a UI designer and got the chance to put my studies to the test with Surviving the Aftermath.

For the Tainted Earth update I’ve done the Tech Tree and colonist condition icons in Photoshop, collaborated with the Art Director in the big UI update, and done smaller UI fixes in Unity. In the recent months I’ve moved from the independent icon tasks to technical design and working with other people to solve more complex UI challenges.

The new Work Area indicator is an example of one such challenge which has involved several people from designers to coders and artists. Once the initial specs were handed to me, I queried about technical restrictions (like allowed UI elements, lighting the model, how it reacts to the game world etc.) and what was possible in the current state of the game. Then it was time to dig references and find design patterns or conventions players would recognize and start iterating! It’s vital to be able to include feedback and new or missing features into the design process as you go, since the original concept is rarely 100% perfect. Once the design is completed, it’s handed to others for asset creation and put into the game.

While the last few months have admittedly been a bit unorthodox as we’ve been working from home due to pandemic, the necessity of keeping track of your responsibilities, workflow and deadlines has been paramount. I’m constantly communicating with the rest of the team and passing information on instead of working in a bubble, which is overall a positive experience." 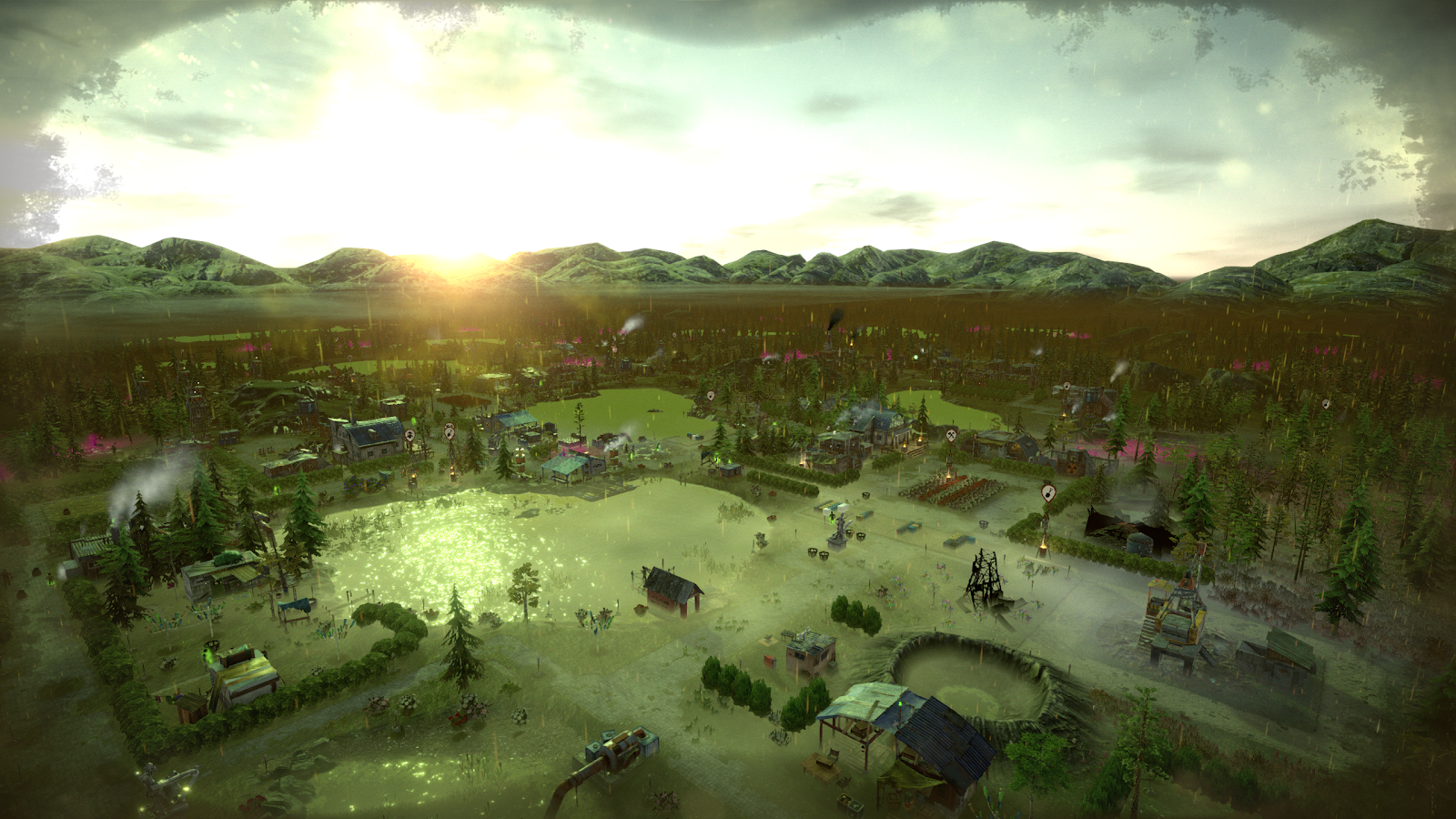 All other improvements are too many to mention here, but here’s a few choice picks. Colonists can now manufacture higher level items like clothing, tools and weapons for better efficiency and protection from all threats. Field fertility is now calculated per-tile basis, and one barren bit doesn’t prevent its placement. You can also set production limits on items to control how big a stockpile you want to maintain. Children not in school will now help with carrying boxes around the colony. Bandits can throw molotovs when attacking your buildings, loot resources from storage but also drop some when defeated. Aqua Farms to your lakes into fields for growing fish. Underground deposit richness tells how quickly you can extract resources from it. New events include ones with Societies, where your Reputation plays a big part.

Check out all the additions, improvements, changes and fixes in the patch notes and stay safe out there!
Reactions:
S