Menu
Install the app
You are using an out of date browser. It may not display this or other websites correctly.
You should upgrade or use an alternative browser.
Stellaris 41939 Bug Reports 22216 Suggestions 12617 Tech Support 2106 Multiplayer 322 User Mods 4086 Stellaris AAR (After Action Reports) Console edition 910
Show only dev responses

Since the next dev diary is on April Fool's Day are you going to do something cruel to troll us?
Reactions:

Would be nice to have a DD about the steps taken to improve ai and performances during theese months
Reactions:
W

Eladrin said:
It hasn't changed since Dev Diary 192 - the Transit Hub doubles the automatic resettlement rate from planets in the system. (There's a base chance without it that's higher for Democracies.)
Click to expand...

Thank you for the answer
do Hiveminds (both gestalts) have some kind of mechanic to boost the resettlement rate too?
Reactions:

With the focus on combating crisis, what are the improvements/integrations with new systems that have been done with regular crisis? Will the end date be changed so there is more time for the new endgame content?

Can you give us a summary on quality of life changes to previous systems? I know the 'Dick' update is very big, maybe you could explain which are the QoL improvements you think are most relevant.


For example (this affected me in my last game after some months without playing): currently when a crisis that takes your systems is removed the system instead of returning to you is "free" for anyone and you don't get even a claim. Then, you have to micromanage the rush to recover the system or some other IA takes it as it was always theirs. Then the bordergore festival begins! Can we expect some improvements in this kind of situations?
Last edited: Mar 25, 2021
Reactions:

To be honest, my first thought of "become the crisis" was this:

" Ok, the Crisis in Stellaris has been not functioning correctly since Megacorp (remember TODO?) and to this day, the poor movement of the Crisis construction ships prevents the Crsisis from ever fully conquering the galaxy in reasonable time. So instead of making the Crisis an actual Crisis that can conquer the galaxy, its up to the player now, which they have been doing since the game came out already. "

I'm not saying I dislike the BtC feature, in fact the option to remove stars, along with the reduction in pops, this game seems to be getting easier to micromanage, which is desperately needed since the AI is unable to handle planet management for the player. The recent changes to Admin cap have made it so going wide is the strongest style to play. Expanding is easier than ever before because Admin cap doesn't hinder the player at all in the lategame. This caused even more potential micromanagement. Managing 80 planets and Habitats all by yourself is not fun. But on the other hand, manually destroying every single planet you don't want to conquer with your colossus gets tedious at one point.

Ever since I started playing in Megacorp, the Crisis was never able to actually conquer the galaxy. The Crisis in its current iteration and since Megacorp is nothing more than a scary spot on the map that spreads way too slowly.

WSC_LU_Artanyx said:
Thank you for the answer
do Hiveminds (both gestalts) have some kind of mechanic to boost the resettlement rate too?
Click to expand...

they can build transits hubs just like normal empires.
Only democracies have more options to move pops.
Toggle signature
Where There's a Whip There's a Way!
Reactions:
T

This dev diary did not provide us with any more 'Dick' pics.
Will there be any more screenshots forthcoming before the release?
Would be interesting to see, for instance, how different colonies look at various stages of development.
Toggle signature
Suggestion threads (if you agree, don't forget to upvote)
* Cost multiplier for habitats, in games with non-1.0x habitable worlds or as a separate setting
Reactions:

@grekulf
Thanks for sharing. I can now see where my frequent disagreements with your decisions come from. We have completely different design philosophies where it comes to limiting cognitive stresses or overload.

But seriously Envoys with traits c’mon!
Toggle signature
Improvements I’d like to see:

TRAITerous envoys as full characters.
Return Defence Stations and Fortresses. Allow them, Defence Platforms and Ion Cannons to move (SLOWLY) around the system. 50% chance on 0hp of disable or destroyed.
More civics for megacorp, machines and hives.
Implement some civics which can be used across standard and certain dlc authorities.
Implement actual differences between how dictatorships, oligarchies, democracies and imperial nations put decisions, policies and edicts into place.
Implement planetary and sector governments.
Point Defence for colossi.
Reactions:

grekulf said:
That’s it for this week, folks! We’ll be back next week on April 1st, the day most famous for being exactly 2 weeks before the release of 3.0 ‘Dick’ and Nemesis.
Click to expand...

The only thing that I would want to add, is being able to do a "galacting imperium" without actually becoming autoritharian.

It could be interesting for a democracy try to control the galaxy for the greater good, becoming evil without beign aware of it. Entire rebellions made of people wanting to be free would be not other than anti-democratic terrorist, fighting for their petty ideologies.

Also I always thought that autoritarian was how your empire is structurated, not how you interact with other empires. For example even a fanatic egalitarian could have vassals.
So it seems weird to me that a galactic republic would suddently switch to being a stratified society just because they want to unite the galaxy.

I would be cool expanding this concept, maybe in future updates. After all, we can't even be sure if the galactic imperium mechanic would be used that much to justify such dept. I know we are all going to try it at some point, but unless you are going to use or see one in almost every playtrough, I don't think my idea takes any priority.
Reactions:
K

DrNukeLear said:
@grekulf
Thanks for sharing. I can now see where my frequent disagreements with your decisions come from. We have completely different design philosophies where it comes to limiting cognitive stresses or overload.

But seriously Envoys with traits c’mon!
Click to expand...

I agree with this. I'm always disheartened when developers talk about reducing cognitive load, as I have yet to encounter a game that I wouldn't appreciate being more complex, Stellaris included. If even Paradox's strategy games are dumbed down for the general population, there's not many places left to go for smart folks to get an experience that truly respects their intellect. Oh well, we should enjoy what we have I guess.

And Envoys truly need to be made into proper Diplomatic Leaders. They have more going on than the other leader types at this point and just feel unfinished as generic leaders. Combine Admirals and Generals into one category of Military Leaders to compensate if need be.
Reactions:

Liggi said:
Is the roadmap you posted way back when still current? And if not, is there a plan to revisit the roadmap and let us know what your current thinking is?

It'd be great to see the vision for the future of Stellaris as it currently stands!

EDIT: For reference, the roadmap is here: https://forum.paradoxplaza.com/forum/threads/stellaris-dev-diary-141-exploring-the-future.1155962/

I think we also need a warfare expansion that diversifies fighting styles and combat options (instead of just slapping bigger ships) to help define our empires. This is one of the biggest tropes in space opera (how each "empire" has its own way to approach space battles and use their own weapons that other empires can't use) and it's still not covered in Stellaris.
Toggle signature
Ysa'acu myotorn DLCr Stellarisno Crusaderno Kingsnoca.
Reactions:

rework of the ideological system that can do the Galactic Cold War
Reactions:
L

It was noted awhile back, but will there be a change to the Spiritualist Ethic bonuses before Nemesis launches? I recall it was admitted that the bonuses were rather lackluster compared to others. In the recent preview stream, it had remained the same.

Mealya said:
And the −10% Edict Cost / −5% Edict Cost for the Spiritualists. Can we have something decent here ? x)

Eladrin said:
I concur that this is a pretty sad bonus.
Click to expand...

grekulf said:
Although it is important to maintain a strong theme for a DLC, we also want to make sure that any expansion we create also contains something that caters to different types of players. For example, if Federations has a lot of focus on cooperation and diplomacy, it was a good idea to add the Juggernaut so that players who enjoy the more belligerent side of the game also get some new toys to play with.
Click to expand...

See, that's where I fundamentally disagree. By bundling all these different features together, you're not "making the DLC for everyone", you're making people pay for features they don't necessarily want, or even like. If you go into a grocery to buy some butter, but the only one you find is sold bundled with an umbrella, you're going to scratch your head and ask the owner if they're selling the butter separately, and when the owner says that all their butter is sold with an umbrella, you're going to start looking for another grocery to shop at, because you don't want to pay for an umbrella that you don't want nor need.

And that's the problem I've had with Stellaris in the past and have again with this DLC. I get that I'm in the minority here, but the Nemesis feature does not interest me at all. It's not something I want, and I actually think that it would harm my enjoyment of the game if I had to contend with it. But if I want to access the full spectrum of the espionage feature, I have to pay and endure another feature, totally unrelated to espionage, that I do not want. So either I pay and I'm frustrated, or I don't and I'm frustrated. It's a lose-lose situation. And you guys actually lose too, because I would've been okay with paying 5 or 8 euros for the espionage feature on its own, but I'm not going to drop 20 euros for something that I don't find fun.

Anyway. Good luck to you with the patch, I hope it works out, but I'd sincerely appreciate if future DLCs would actually be more focused so that this issue doesn't pop up again.
Reactions:
D

grekulf said:
With the Galactic Community in place, it made sense to allow players to play “the baddies” which aims to destroy the galaxy
Click to expand...

We do not wish to destroy the galaxy, just to make it beautiful! 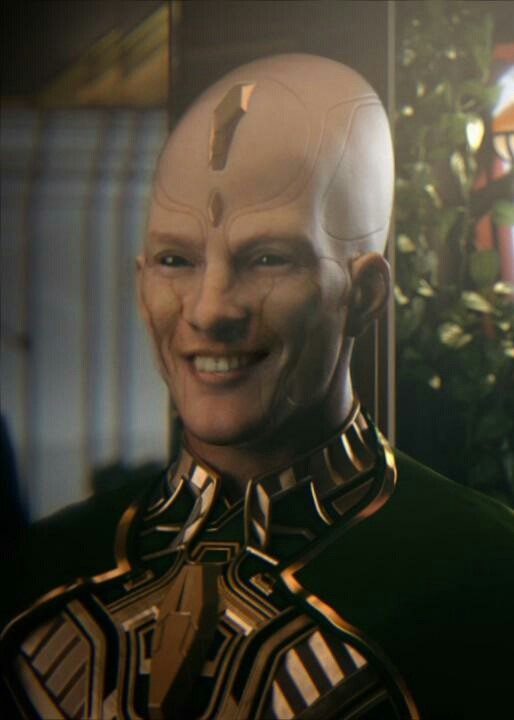 Toggle signature
Of the crooked timber of humanity, no straight thing can ever be made.

Yes, I prefer to believe the worst about people. That way, I will always be confirmed in my beliefs or positively surprised. Win-Win.
Reactions:
A

grekulf said:
It's very likely that I'll make a new post to outline and update the roadmap after Nemesis is out. It's not a good idea to shift the focus of the discussions until some time have passed after a new release.

We have plenty of ideas for internal politics, like the Institutions mentioned in my earlier roadmap, so there's no shortage of ideas for that topic.
Click to expand...

Probably incredibly stupid questions but aside your own ideas do You also check other things like: Suggestions subforum, Reddit or most popular mods for Stellaris?
Reactions:

What about empires which are all about domination like Driven Assimilators, are you railroaded into killing everyone as the crisis?