Menu
Install the app
You are using an out of date browser. It may not display this or other websites correctly.
You should upgrade or use an alternative browser.
Stellaris 41449 Bug Reports 21924 Suggestions 12387 Tech Support 2051 Multiplayer 316 User Mods 4072 Stellaris AAR (After Action Reports) Console edition 861
Show only dev responses

Ridixo said:
Told you it was gonna be character portraits:
Click to expand...

The devs told us in last weeks DD as well:

grekulf said:
That is all for this week! Next week we’ll take a look at the art process and all the effort that goes into creating the Necroid portraits!
Click to expand...

I love them. Will buy as soon as the game is playable again.
Toggle signature
CO - Hanover Free Militia

Aerie said:
That is all for this week. Next week we'll be posting the patch notes that you may have seen on our social media.
Click to expand...

Can we have them today and finish our suffering once and for all?


CosmonautNinja said:
Any possibility of an update on the release date?
Click to expand...

If patch notes come in a week, then the other must be when the patch is out. 22/10 patch notes, 29/10 latest possible release date
Toggle signature
Still waiting for Runemaster
Reactions:

Annihilat0r said:
The devs told us in last weeks DD as well:
Click to expand...

And now you point that...
Perfect, all according to plan
Toggle signature
Still waiting for Runemaster

Maybe the patch notes are that long because Corporate decided to force the devs to use a 40 position line feed.
Devs: But but that's insane
Corporate overlords: Patch notes will be great again! Size does matter!

Or the Dev is small? Or it are actually white post it notes?

Aerie said:
That is all for this week. Next week we'll be posting the patch notes that you may have seen on our social media.
Click to expand...

Patch notes are not a DD per definition. I would rather see a status update about your current progress in fixing the AI, balance, UI and micromanagement. Why not talking about things you tried, you actually do or you plan. You could give us a living roadmap as other developers do. That would give us an expression about the current development progress. I also think the community should be more involved.
Last edited: Oct 15, 2020
Reactions:

I find this kind of DD very interesting, it's nice to see the art processes! I simply don't expect the solution for the game problems in every single DD, especially art ones.
Reactions:

Dont care, when are the devs going to fix the game?
Reactions:

Minimal information, tone-deaf topic, complete disconnection from a growing segment of the playerbase.

Must be dev diary time!
Reactions:

So the recent dev diaries have all been about art and looks. How about you adress the issues that plague the game since 2.2 and is constantly being discussed about?

Beast of the East

My name is Fredrik Toll, and I am the Art Director for Stellaris. For this week's dev diary, we will have a look at how we develop our characters included in the Necroids Species Pack.
Click to expand...

So you design them with legs or without legs?
Toggle signature
Manu facta, manu destruo
Reactions:

There will be some more humanoid portrait for the necroid pack? The schetckes are very good, but most of them seem undead arthropoid or molluscoid.
Reactions:

There's some really awesome designs. I admit, I was kinda lost in the whole "undead" species theme from a fantasy perspective and how it'd be made, all the jokes of "necrons" and such as well ended up lost on me, but I love the concept of essentially being alive but at the same time not through technology. A shell of their former self as a species. You can create some very interesting stories to that and really go to some extreme sides for their outlooks on "life", whether it's worth preserving at all cost around them or completely growing numb to death itself and its horrors.

I really like the 3 first sketch examples, each one really shows something very different and truly alien. From the lifesupport jar that presents the horrors of that species right before you. The enclosed suit that leaves a sense of mystery and wonder, as well as sort of a form of... higher divinity? Then the last one which I really like, where the semblance of that species is so far long gone in their perversion to stave off death that they use holographic projections of who they once were or should've been to present them self, which in itself also forms a kind of mystery and divinity to them. Ofcourse you can come up with all kind of stories and reason for why and how they chose these paths!

Either way, I definitely look forward to Necroids! I initially didn't as undead or necrons has never taken up my interest, but this is kinda different form of undead where they're technically still alive as technology permits them but in someway it's diverged them from anything simply natural. It adds another layer of "alien" which some portraits did but not a whole category for them.
Reactions:

My Favorite Stellaris Ideas
The Remaining Fallen Empires
Tomb World Features
Making Crime more in-depth
Espionage: What Should it DO?

GENERATION 40: The first time you see this, copy it into your sig on any forum and add 1 to the generation. Social experiment.
Reactions:
G

Looks great... but while Crisis AI is broken I will not play in Stellaris.
Reactions:

Hundar said:
Dont care, when are the devs going to fix the game?
Click to expand...

Gee, its a good thing you actually read the DD, clicked on the twitter link that said patch notes, and noticed the MASSIVE amount of stuff that will be in them next week..........
Last edited by a moderator: Oct 15, 2020
Reactions:

Tech Noir Synth said:
So the recent dev diaries have all been about art and looks. How about you adress the issues that plague the game since 2.2 and is constantly being discussed about?
Click to expand...

Dev diaries are supposed to be interesting to read.

The bug fixing process is... not interesting to read about, most of the time. When it is, it's usually because the bugs are weird and funky and have interesting (but bad) consequences.

I say this as a programmer who – in a professional context – finds fixing a bug more satisfying than implementing a new feature.
Toggle signature
MEIOU & Taxes is only conditionally awesome.
If you don't want politics in your games, play Tetris.
Coloured wastelands should default to off, because they are a user interface antifeature.
Reactions:
T

Looks great! Hope you include a strawberry-like plantoid necroid as an Infinite Monkey Cage reference
Reactions: 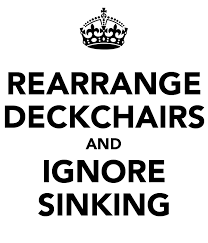 Toggle signature
What to see who does bug testing for Stellaris? Just find a mirror...
Reactions:

Me_ said:
Are there going to be portraits that look like there is something sticking out that shouldn't (I'm thinking zombies with protruding bones but in a more general way, like a visible internal organ or something)?
Click to expand...