Menu
Install the app
You are using an out of date browser. It may not display this or other websites correctly.
You should upgrade or use an alternative browser.
Stellaris 42154 Bug Reports 22447 Suggestions 12704 Tech Support 2120 Multiplayer 323 User Mods 4096 Stellaris AAR (After Action Reports) Console edition 915
Showing developer posts only. Show all posts in this thread.
Show all posts

Hello everyone and welcome to another Stellaris development diary. Now that we have officially released the 2.1.1 update, we are working on making another rolling beta patch that we expect to release to you guys sometime next week. This beta, with version number 2.1.2, will continue to focus on bug fixes, QOL features and improvements to performance/stability. We expect to keep the beta going through the summer and release it as an official update sometime after the team returns from vacations.

Claims in Diplomatic Mapmode
Something that's been highly requested by the community since 2.0 came out is the ability to see the claims of other empires on the galactic map. In 2.1.2, you will be able to see the claims of any empire you have communications with by going into diplomatic mapmode and selecting that empire, allowing you to easily get an overview of what systems they are interested in. Displaying claims is a scripted setting on a mapmode that modders will be able to add to any custom mapmodes they feel would benefit from it. 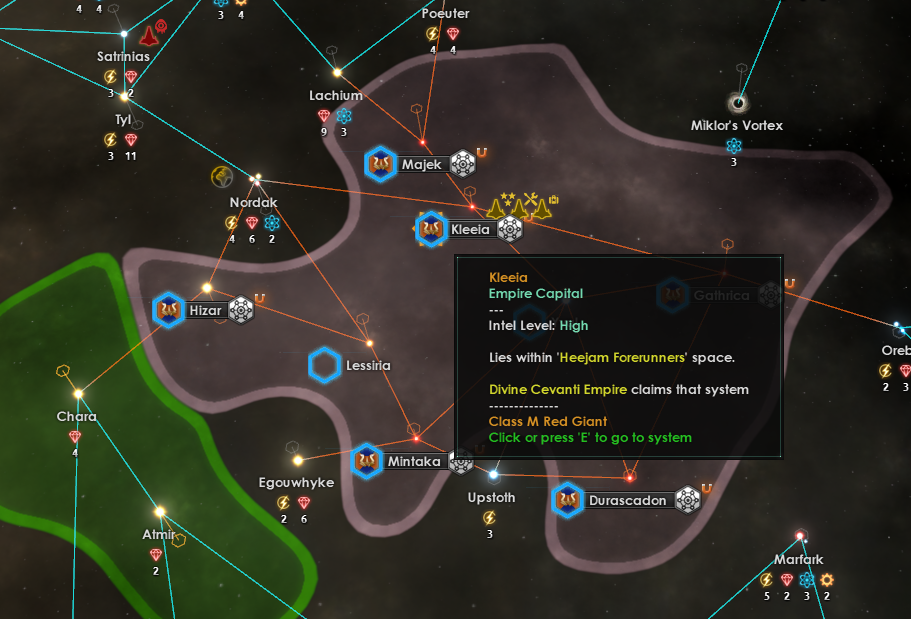 Creature/Fallen Empire Spawning
We're also spending some time tweaking the spawning radiuses of space creatures and fallen empires to try and ensure that they show up regularly even in densely populated galaxies. The spawning algorithm will still try to avoid boxing players in with Leviathans or hostile FEs, but hopefully there should be fewer instances of space creatures and Fallen Empires not showing up due to there being too many player empires on the map.

L-Cluster Improvements
As mentioned previously, we are still working on fleshing out the L-Cluster and adding more outcomes to it. We expect to get these improvements in at some point during the 2.1.2 rolling beta.

That's all for today! As July and vacation time is coming up, we're now going to go on a dev diary hiatus. There will likely be an update or two during this period to the 2.1.2 beta, but no regularly scheduled dev diaries. Dev diaries will return on August 9th, at which point we should be ready to start talking about what's coming next in terms of major updates and features. See you then!
Toggle signature
For every complex problem there is an answer that is clear, simple, and wrong.

LiberiusX said:
No I know, I’m just overflowing with anticipation.
Click to expand...

There'll probably be a teaser or two over the summer to tide you over.
Toggle signature
For every complex problem there is an answer that is clear, simple, and wrong.