Hello everyone and welcome to another Stellaris development diary. Today, we're going to continue talking about the Distant Stars Story Pack that will be accompanying the 2.1 'Niven' update, on the topic of exploration and new things to find in the galaxy. As with the previous dev diary, we're going to be fairly light on the details to avoid spoilering too much of what's out there to explore in Distant Stars.

New Anomalies
Distant Stars adds several dozen new anomalies to the game, with everything from simple discoveries to complex event chains (including the opportunity to make a new and very different kind of friend...) Overall, Distant Stars increase the anomaly count of the game by about 50%. We've also taken the time to go back and improve some old anomalies and fix up others that did not spawn correctly, so that even those without Distant Stars will be able to experience new discoveries in the Niven update. 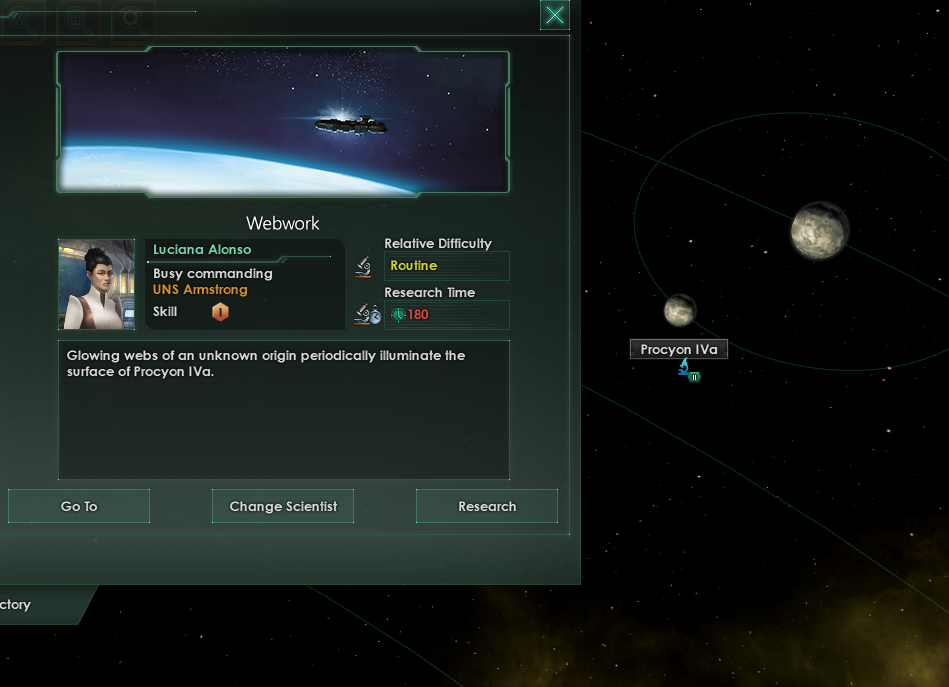 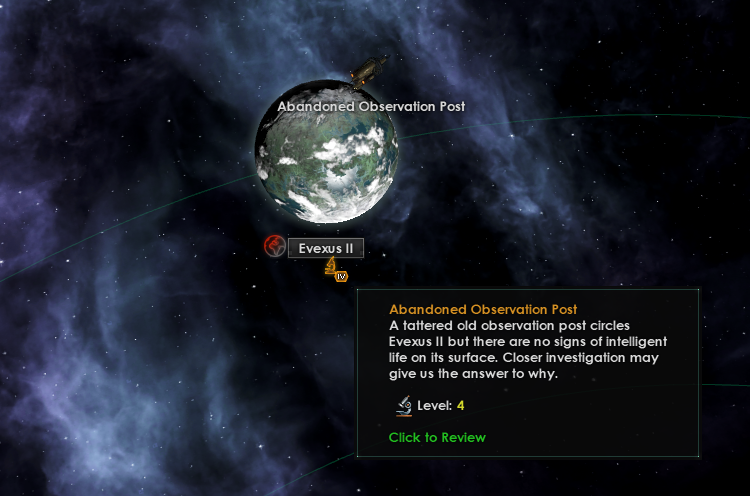 New Systems
Distant Stars adds around 20 new, unique systems to the galaxy, similar to Sanctuary or Zanaam in the base game. Most of these systems have unique encounters, event chains or anomalies related to them, and some are actually several systems with a common background or event chain tying them together. Overall, though none of these systems are guaranteed to spawn in any individual game, every randomly generated galaxy in Distant Stars should contain some new and potentially rewarding discoveries for your empire to make. 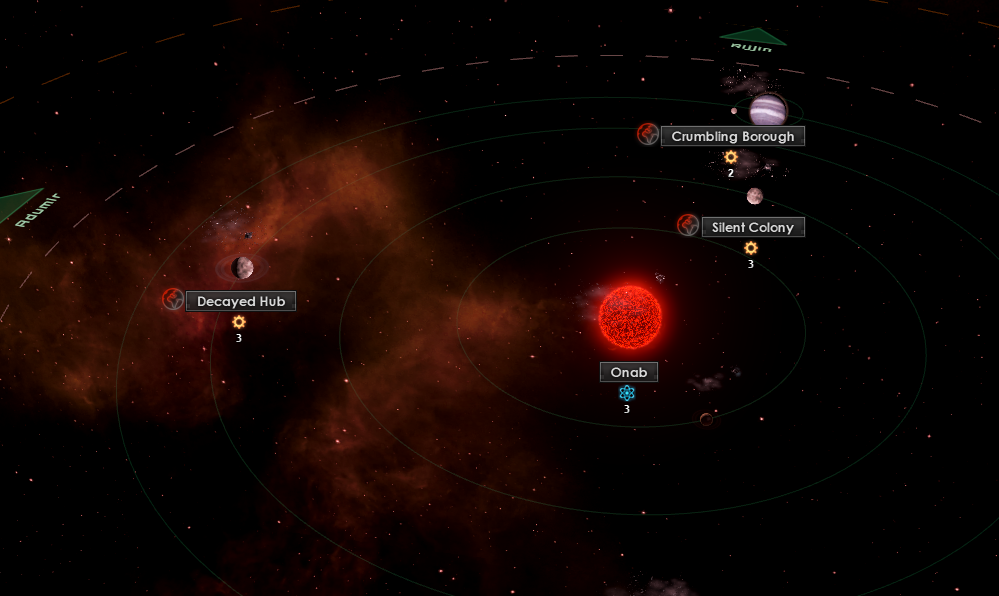 New Leviathans
Distant Stars also adds 3 new Leviathans to the galaxy. Two of these Leviathans work in a similar way to existing ones, while one is altogether different from anything you will have seen before. As with previous Leviathans in the Leviathan Story Pack, these new Leviathans have curator dialogue and interactions related to them, which means that the Curator Enclave will appear in the galaxy if you have Distant Stars but do not own Leviathans (Traders and Artists do not spawn unless you have Leviathans, however). 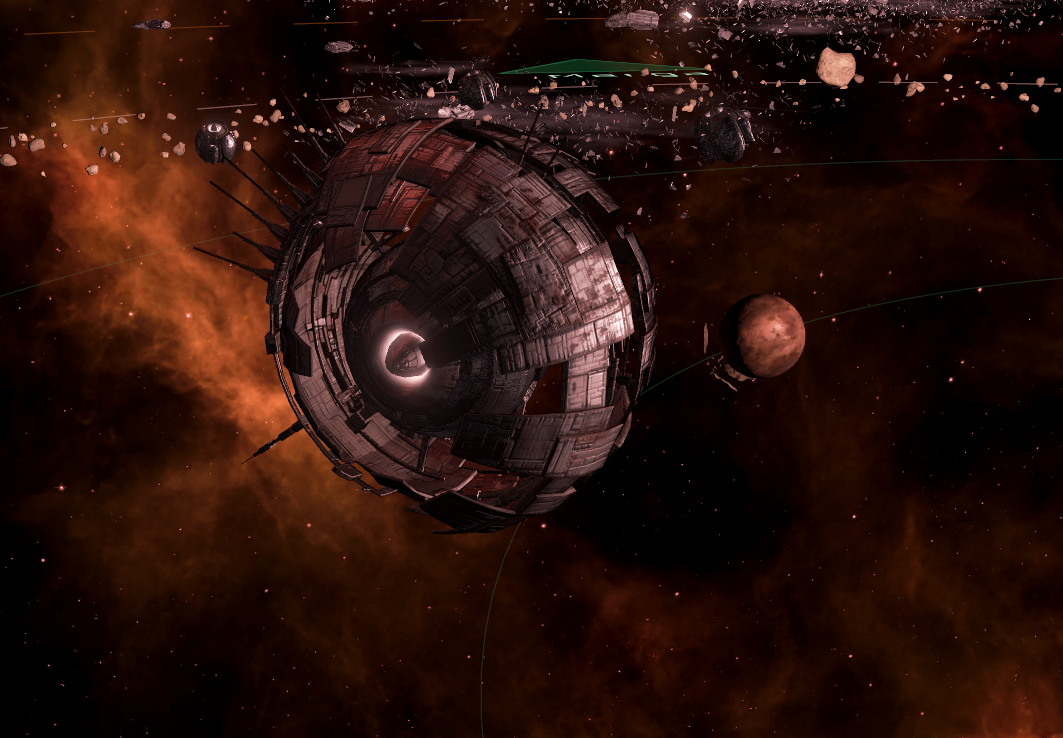 That's all for today! Next week we're going to talk about the Niven update, on the topic of Space Creatures and Strategic Resources.
Expand signature
For every complex problem there is an answer that is clear, simple, and wrong.

It's a bit light in information but that makes sense for a story pack based around the unknown and discovery.
I guess I'll have to wait for the launch.

Im always a fan of more anomalies, really spices up the exploration game so a 50% increase is great!


Wiz said:
[...] on the topic of Space Creatures and Strategic Resources.
Click to expand...

Here's hoping we get a complete rework of Strategic Resources that is more akin to, for example, Gal Civs 3 resource system where you actively produce small amounts of strategic resources (like you would produce Minerals) and those can then be used for special ship modules, buildings or be traded away. Would also align really well with a future trade & diplomacy update.

Will there be any additional precursor event chains?

Coyote027 said:
Will there be any additional precursor event chains?
Click to expand...

No new precursor event chains per se, though the L-Cluster chain mentioned in last dev diary is somewhat similar (though much more involved both in execution and outcomes).
Expand signature
For every complex problem there is an answer that is clear, simple, and wrong.

That final image reminds me of the Hypergate from the 1998 Lost in Space movie. Just watched it a few days ago, funnily enough.
Expand signature
Raider extraordinaire.

Wiz said:
We've also taken the time to go back and improve some old anomalies
Click to expand...

Some chance of expanded dathnaks interactions with the gas civilization appearing in diplomacy tab? Like what was made with Galactic Nomads.
L

I'm looking forward to the Space Creatures update. I'm not a big fan of them just being random mobs right now. I hope we get some ecology and interesting choices for their relation to our empire.

"Decayed Hub" sounds like an abandoned system that belonged to Synthetics, looking forward to Distant Stars.

I'm hoping for more interactions with Leviathans, including old ones, that don't involve killing them. Those interactions could be friendly but also something like restraining a living Leviathan for scientific study, etc.

Really looking forward to this one.
No need to rush it though.

Oh sweet Jesus, is that a Colossus leviathan I see? Can you imagine pissing that thing off and it comes straight for your capital? Worm preserve us!
Edit: or maybe it's a fleet destroying super weapon? Either way can't wait to find out myself. I'm gonna poke it with a BIG stick. What's the worse that can happen?

Are there any new achievements in this DLC?

Kobrakai said:
Are there any new achievements in this DLC?
Click to expand...

There always are.
J

Wiz said:
including the opportunity to make a new and very different kind of friend...
Click to expand...

Are you all thinking what I'm thinking?

Distant Stars also adds 3 new Leviathans to the galaxy. Two of these Leviathans work in a similar way to existing ones
Click to expand...

Sooo boring big enemy that ocuppy system which you destroy once you have big enough fleet?
I hoped for some diversion in leviathans, perhaps some rework with the old ones, so that they are not just a system blocker.