Menu
Install the app
You are using an out of date browser. It may not display this or other websites correctly.
You should upgrade or use an alternative browser.
Stellaris 43274 Bug Reports 23362 Suggestions 13340 Tech Support 2211 Multiplayer 330 User Mods 4155 Stellaris AAR (After Action Reports) Console edition 961
Show only dev responses 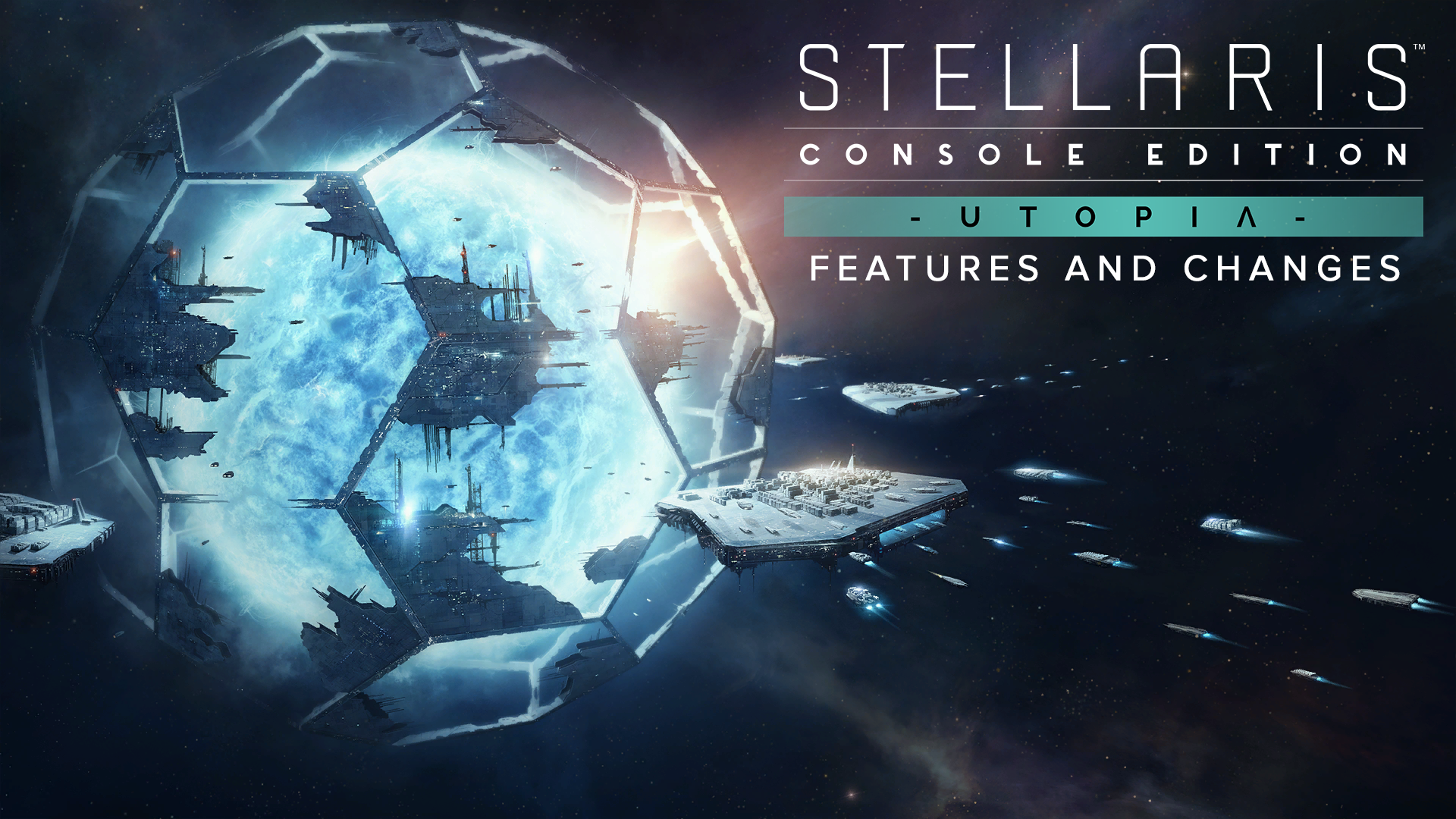 With the release almost here, these are the changes and features you can look forward to:

Megastructures:
Build wondrous structures in your systems including Dyson Spheres and ring worlds, bringing both prestige and major advantages to your race.

Habitat Stations:
Build “tall” and establish space stations that will house more population, serving the role of planets in a small and confined empire.

Ascension Perks:
Collect points and adopt Traditions to unlock Ascension Perks that allow you to customize your empire in unique ways. Follow one of the three Ascension Paths and achieve Biological Mastery, give up your biological forms in a Synthetic Evolution, or unlock the full psionic potential of your species through Transcendance.

Indoctrination:
Influence primitive civilizations and make them adopt your ethics through the use of observation stations, preparing them for enlightenment or annexation.

Increased Flavor for Authoritarian and Xenophobic Empires:
Maximize the benefits of slavery by choosing specific roles for enthralled species. Have them serve other Pops as Domestic Servants, fight for your empire as Battle Thralls, or keep them as Livestock to feed your people

Advanced Governments:
Adopt unique civics and authorities for your government. Play as a Fanatic Purifier and shun all diplomacy, become a Hive Mind to avoid political strife or create a multi-species empire born of Syncretic Evolution


See you soon in space and enjoy building your Utopia!
B

So I was playing the utopia expansion around 3am and played till it was 5am then I got off to play a different a game I hope back to find out I don’t have the dlc installed and I need to buy it even though my Xbox says I have it installed in the my games and apps but the market place says I have to buy it I bought the deluxe edition but after I uninstalled and reinstalled it still says I have to buy the dlc even though I have the deluxe edition.

Right now I'm having the same problem as Brute123377.. saying it's downloaded but in the game it says to go buy it so not sure what's going on.. when will it be cleared up..

I replied to your DM.
B

Curious: What version is Utopia running on? Can we anticipate version upgrades on the console over time? Love the game, thanks!

It's still the 1.7 patch except it's got a few console-specific fixes included.

No promises about what's coming next yet, but fingers crossed!
V

How can we find out what the update does exactly I'm new to things like reviewing what they updating..right now my xbox is updating for some reasons not sure why..
C

Still the same.. what time do you think they will be done & have it working ? I just want to know the estimated time so I can't wa it til that comes near before checking again..

I don't know an estimated time. The fix isn't in our hands right now. We're passing all the information we get from you to the Xbox team. They already deployed a fix but it might take a while for it to apply everywhere.
V

Ight.. if anybody on xbox one in US gets theirs fixed please let me know.. thanks..
X

Will do. If it's up to Microsoft to just "hit a button" then I wouldnt expect it any time soon. They take their sweet time and are in no hurry. Thats Microshaft for ya. Pretty crappy that some on PS are enjoying it and we're all sitting here twiddling our thumbs. It should release on its designated platform at the Same time, like most dlc.
V

Victor, I dont really think its down to just pushing a button as people say. If it were that simple we'd have it already, point blank. If this is how all future dlc is gonna be treated...
V

So it seems better to just buy the Stellaris DLCs Individually ?
X

No no no, if you bought the deluxe upgrade already DO NOT buy the Utopia dlc, bc you'll be charged again. But for future purchases? Then yeah, probably.

Still being worked on. Sorry for the delay everyone. The moment we have any news to share, we'll let you all know!

No need to buy the DLC individually! You own it. It just needs to be activated in the store's backend.
V

I already own the first 2 DLCS I bought them individually though.. if necessary I will buy the Utopia DLC if they don't fix it..lol.. Thanks for the help & time.. I know you could probably be rude & tell us to get over it.. lol.. you are a very kind & respectful person Harlot.. we need more people like you who helps others & takes time to do things.. I have met people who were in facts the total opposite of you.. which I didn't like them.. but if you ever want to play Stellaris with me then hit me up.. Victor02151997 is my Xbox Gamartag
Show hidden low quality content
You must log in or register to reply here.
Share:
Facebook Twitter Reddit Tumblr WhatsApp Share Link
Top Bottom