Jump to latest Follow Reply
Menu
Install the app
You are using an out of date browser. It may not display this or other websites correctly.
You should upgrade or use an alternative browser.
Stellaris 46875 Bug Reports 27006 Suggestions 16424 Tech Support 2584 Multiplayer 358 User Mods 4417 Stellaris AAR (After Action Reports) Console edition 1120

I recently conquered a large number of systems from the Scourge and decided I wanted to turn all those destroyed planets into beautiful Gaia worlds. As I’m sure you guys know, the Scourge turn habitable worlds into barren words with the Terraforming Candidate modifier. That means I had dozens of planets to terraform.

The annoying part is that I didn’t know which ones I was terraforming without manually checking each planet or cross-checking the outliner. I also couldn’t start terraforming unless I went to the planet directly and opened the terraforming menu.

1. Show terraforming type and progress on the expansion planner. That is, the outliner should show that a planet is being terraformed, which type it’s bring terraformed to, and the progress bar.

2. Add a button to the Expansion Planner to access a planet’s terraforming menu directly.

I had the exact same use case just now -- Came back to Stellaris after ~6 months away and just spent 15 minutes clicking through all the L-space nanite worlds double and triple checking I got the terraforming right and of course I still missed a couple, because a view like this is missing from the UX.
Reactions:

"I remember a time when during terraforming you could see such stations. They look cool, it's a pity that they were removed from the game." 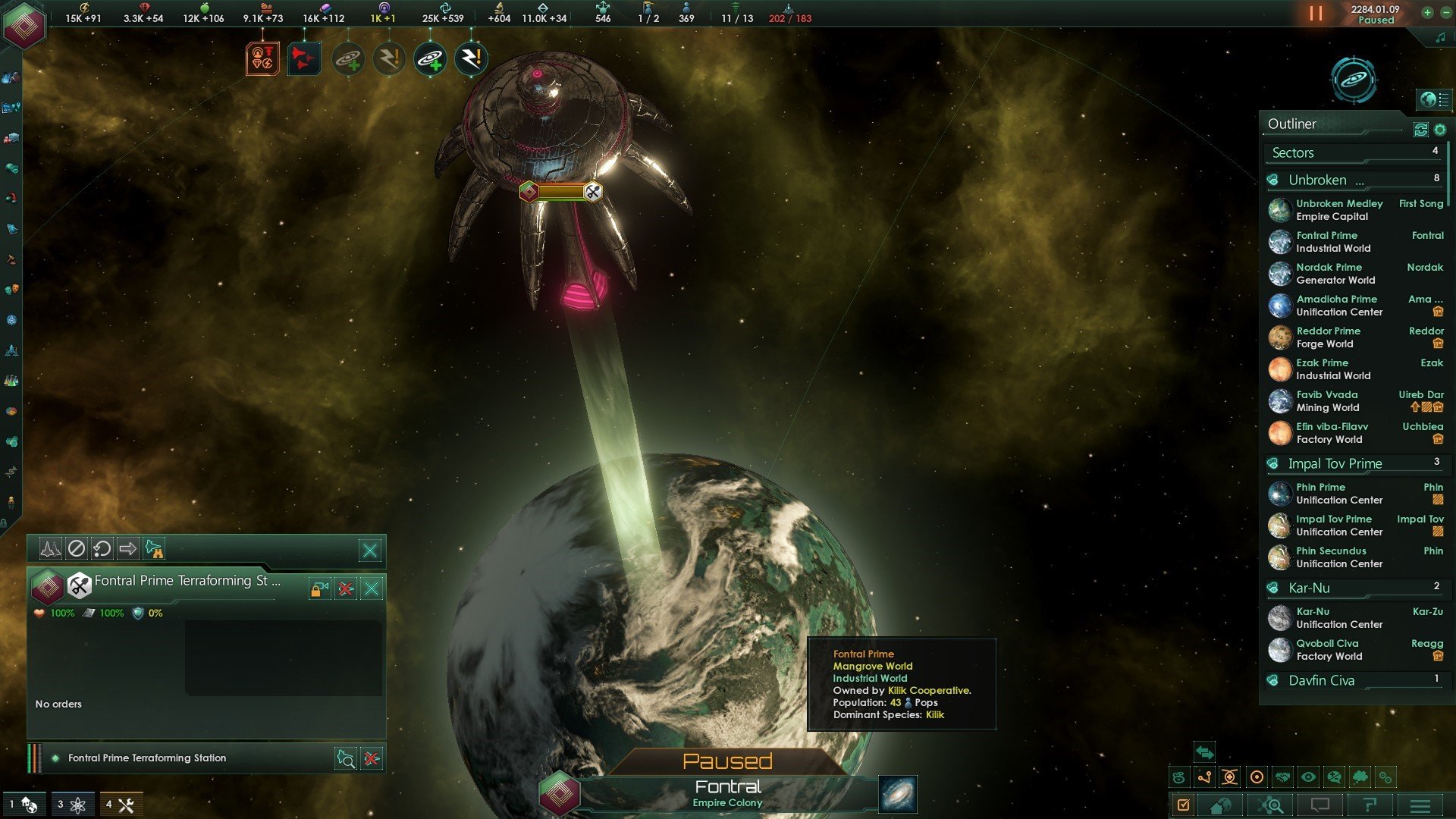 I do not know the reasons why they were removed. they do not interfere with playing at all, it would be great if you could turn on their graphical display in the game settings, for those who like them. instead of cleaning at all.
Reactions:
H