Release date, price and developer diary #1 for After Dark!

Jump to latest Follow Reply
Menu
Install the app
You are using an out of date browser. It may not display this or other websites correctly.
You should upgrade or use an alternative browser.
Cities: Skylines 5952 Support & Bug Reports 7777 Suggestions & feedback 2962 Modding & Resources 1863 Official Information & Announcements 139 City Journals and Let's Plays 481 Cities: Skylines Console & Windows 10 Edition 881


For night light
I hope you have planned an automatic system for buildings created by modders.
I do not want to have to redo all models.
Toggle signature
My BAT for Cities Skylines
My BAT for Simcity 4 Rush Hours
Mod Strategic Imrpovement for Star Wars Empire at War
Member of Association RGS Strategium
Reactions:
F

I know that night/day cycles is free but it's included also the simulation of time? Or the free package is only aesthetic?
Last edited: Aug 21, 2015
T

Are we getting Casino's with flashing lights?
Reactions:

@novapaddy never said you were a complainer, I understand your logic and what you would like, as I also understand the side of the developer that needs to do a bit of everything. To me, more important than showing the reasoning behind the CIR calculations and such, would be to review their GUI organization. Mods/Assets can make things grow so much, they should probably think about a more flexible/changeable GUI with a Library-type of organization. We all have different cares in the end

What I'm saying is, we all have our quirks with the game, and I'd rather bring them to the moderators/developers in a different way. They tend to be a lot more responsive if you create something like a use case, or a more structured example than "i need to see the logic behind the happiness level". Of course what you want is, in essence, the way they calculate the happiness of each zone, and I kinda doubt they'd release that to the open. But maybe you can suggest more stats available... For example, "if you moused over the happiness level, there would be information of what's the most "pressing issue", or what's the most comon reason for them not to increase happiness. Could be transports, services, crime, etc". This would be something that they'd probably understand better, and could possibly be added later. See what I mean? Hope this helps you.

Also, as for the B/Del, I get what you mean, but I changed the whole thing, and while the delete is less efficient, it's easy to remember, and releases more of the keyboard to make quick calls to statistics and such, in a followed manner. To each its own.
Toggle signature
"All hail, king of the losers"

I always use the B key... yep the bulldoze button is not at the best place
Toggle signature
Welcome to my steam workshop : http://steamcommunity.com/profiles/76561198216529252/myworkshopfiles/?appid=255710


I love you guys.
Reactions:

Looks great. I hope it will be possible to define the color of the street lamp light. Most commonly used Sodium vapour lamps give yellow tint while mercury vapour gives white light. This link demonstrates the difference in west and east berlin:
http://i.telegraph.co.uk/multimedia/archive/02540/Chris-Hadfield-ber_2540064b.jpg
Reactions:

Looks terrific! Just out of curiosity. Will neighborhood homes be randomly dark in the wee hours of the night leaving only street lights on? Or will all the homes be fully lighted at all hours for all night block parties?
If they are all to be lighted, perhaps zoning a neighborhood district could be implemented with default or option for house lighting to turn off at a certain time.
Last edited: Aug 23, 2015
Reactions:

TK3471 said:
Are we getting Casino's with flashing lights?
Click to expand...

..and dive bars and clubs ect. I hope so.

Will there be a major update of the vanilla AI? There are some bizarre logic/pathfinding issues with garbage trucks, hearses prioritising buildings three city tiles away rather than their own districts.

Hopefully we can make a touristy strip so that the drunk tourists can fling their money into our economy!
Toggle signature
Arise King Kronos, bastard of the void.
His enemies fled, their eternal dark serenity destroyed.

Leisure will be a lot of night-time entertainment, so yes you should expect casinos, bars and similar buildings. Nothing adult themed though (!!) since the game is rated E for everyone.
Toggle signature
Update yourself on the latest things:

Release FAQ for all questions about Skylines

Lord Stein the Rook [GBS]: "You have a castle as a crest to house the people in your head."​

TotalyMoo said:
Leisure will be a lot of night-time entertainment, so yes you should expect casinos, bars and similar buildings. Nothing adult themed though (!!) since the game is rated E for everyone.
Click to expand...

Won't stop some "adult" custom buildings to be made (and shared somewhere else than in the workshop if the workshop is not suitable for them)... after all it's part of a city (or at least some cities)
... and we had some adult theaters or shops for SC4
Toggle signature
Welcome to my steam workshop : http://steamcommunity.com/profiles/76561198216529252/myworkshopfiles/?appid=255710

Release FAQ for all questions about Skylines

Lord Stein the Rook [GBS]: "You have a castle as a crest to house the people in your head."​
Reactions:

This will make some people happy... well unless their stuff is reported
Toggle signature
Welcome to my steam workshop : http://steamcommunity.com/profiles/76561198216529252/myworkshopfiles/?appid=255710
Reactions:

Zed68 said:
This will make some people happy... well unless their stuff is reported
Click to expand...

I seem to remember Redlight buildings for SimCity 4 on STEX (IIRC)
Toggle signature
Most of my Money was Spent on Hookers, Drink and Drugs, the rest I wasted

Greygor69 said:
I seem to remember Redlight buildings for SimCity 4 on STEX (IIRC)
Click to expand...

Madhatter made some.
Toggle signature
Welcome to my steam workshop : http://steamcommunity.com/profiles/76561198216529252/myworkshopfiles/?appid=255710
Reactions:

Which reminds me, this must be one of the little games that hasn't got something related to that theme in the workshop.
Toggle signature
"All hail, king of the losers"
Reactions:

Only "E" rated stuff - that is nice, no sex but a lot of drugs and alcohol
Reactions:

I love how your game looks and i've seen lots of gameplay... Nice work!

Just one advice from an old simcity fan. Add lights to your cars, not just white cars, add yellow, blueish and red lights to cars, also add traffic lights and good building illumination with nice contrast. Simcity 4 was comfy just for that. 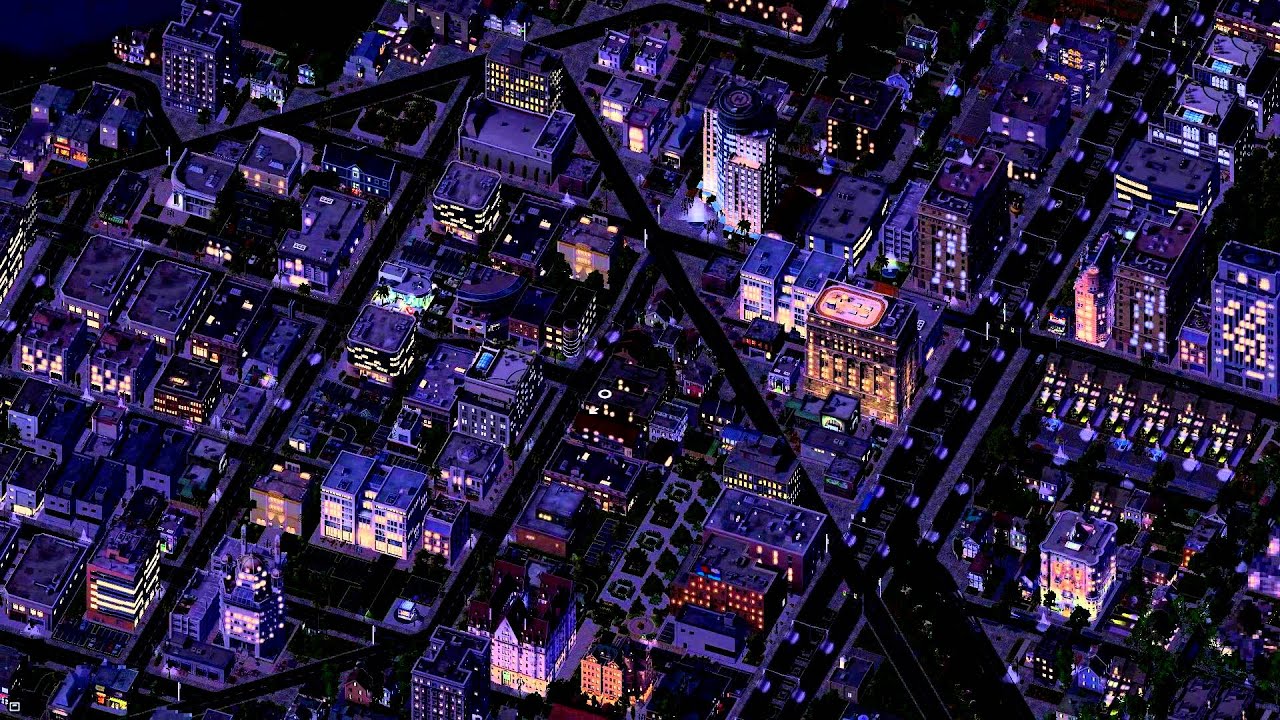 indeed, would be nicer to see those lights. 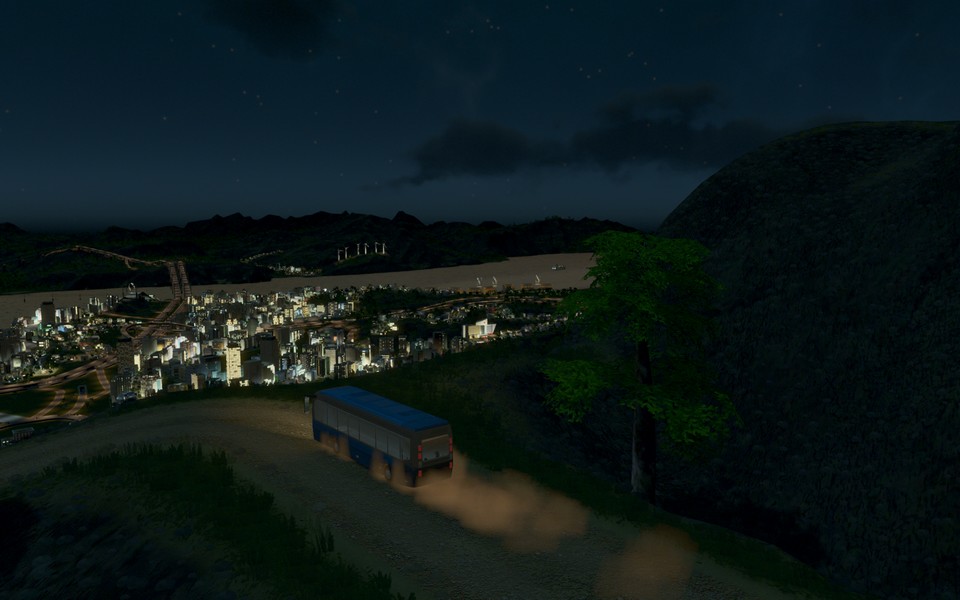