1. Abilities and effects
AI very badly acts against dremers, it strongly interferes with the contaminated ground.
For strenghening AI (and the player) all healing abilities also clear land.
Also the ground is cleaned and shots of all the magic towers. The undead magitower with its shot turns a hex into the land of death.

2. Units
2.1 AI seldom build high-level units. I experimentally realized that he does not like to build units with long training time. Build time of most units is reduced up to 3, and the ships - is increased up to 4.

2.3 All settler now have survival perk

9. More quest. Added settles as reward for quest to help expand AI. Build time for settler increased up to 3.

11. More neutral city type with good guards: Vampire+ghost for undead, mage+veteran for humans and so on.

Now AI are more actively settled and the average size of an empire is no longer 3..4 cities, but 6..8. Sometimes the AI is settled in 20..30 cities 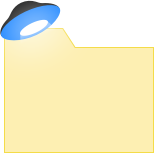 I planned that more powerful spells were available only when player have lesser spells but It's seems it not work
Last edited: Jan 20, 2016
A

Thanks for information. Links are updated

Mod updated up to version 2.7
Reactions:

Shout out to keeping this updated!
a delightful game
I played a few more rounds, last save game prior was about 2015