Menu
Install the app
You are using an out of date browser. It may not display this or other websites correctly.
You should upgrade or use an alternative browser.
Victoria 2 17403 After Action Reports (AAR)
Show only dev responses

Ivanacco1 said:
Unless there is massive revamp of the code i dont think this is happening, having double the amount of pops will cause more problems with running the game and will make things slower if you dont have a beastly pc.
Click to expand...

To clarify: the game would only create a pop of unmarried ladies if there are significantly more women in the province than men. This could happen if a lot of men died in a war. They should marry very rapidly if men with the same culture, religion and social class are available, and more slowly if there are more social barriers between them and potential mates. Pops would have a balanced number of daughters and sons, so disparities vanish in a generation.

There are examples in the period of single-sex migration creating a gender imbalance in two different regions. The game might or might not represent this, but it can assume that men and women normally emigrate together.

The game would probably represent unmarried women as not holding formal employment and women who marry as becoming part of their husband’s pop. But, men from a minority culture marrying women of a different culture should be a big driver of assimilation, so both spouses might move to a pop with the husband’s profession and the wife’s culture. This is a huge oversimplification, but I think it would add some interesting wrinkles without demanding too much more complexity.

Specifically, it would require: the addition of one or more pop types to represent unmarried women. I’d suggest a type for each social class, to represent the different economic roles of upper- and lower-class ladies, whom they will marry, and whom they will vote for, but you might just have one pop type. These would only be created in special circumstances. Additionally, each pop would get one more number tracking how many of its households are unmarried. Optionally, even though they have the same household finances, one or two statistics might be tracked separately for men and women in the same pop, such as literacy.

Edit: The game’s now been announced, and it sounds like women will be counted as “dependents” within each pop. So “Where have all the husbands gone?” sounds like it might be a high percentage of dependents in the pop, which is very simple.
Last edited: May 22, 2021
T

The Goldfinch said:
Did they announce?
Click to expand...

whelp close up the shop boys, it's been fun
Toggle signature
fun fact: all of my posts can be improved by reading them in mayor quimby's voice

a real life 30YO old boomer

disclaimer: most of the things I say is how I think things are, not wether or not I aprove of those things
Reactions:

We'll probably just move this to the suggestion's forum when the game launches. See you all there.

Hard to think this thread has been running for around 8 years.
Reactions:

It was a pleasure to read all of your ideas guys.

I hope to see you again !
Reactions:

Luckierexpert said:
We'll probably just move this to the suggestion's forum when the game launches. See you all there.

Hard to think this thread has been running for around 8 years.
Click to expand...

Maxylh said:
It was a pleasure to read all of your ideas guys.

I hope to see you again !
Click to expand...

see you in the Vicky 3 forums, which are already open btw
Reactions:

Don't mistake my kindness for weakness

Don't worry, darling. They'll be back. 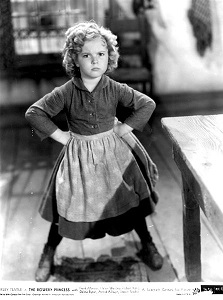 Last edited: May 21, 2021
Toggle signature
I love you all and there's nothing you can do about it!!!
"You will not argue with, comment on or question the actions/authority/ or comments of the Paradox staff (Administrators, Moderators, etc.) in a public forum. Should you wish to do so you are directed to contact the Paradox staff via PM"
All users should be familiar with the forum rules.
Connect your Steam account to sync your Owned Items
RELee, your not always friendly forum curmudgeon.
Need support? Contact support at the Paradox helpdesk: https://support.paradoxplaza.com/hc/en-us
"We have fought this fight as long and as well as we know how. We have been defeated. For us as a Christian people, there is now but one course to pursue. We must accept the situation." - Robert E. Lee
Reactions:

Toggle signature
PDS Rules of Thumb:
A Patch/DLC bundle is NEVER Savegame compatible.
There is NO Mod that can update upon day of Patch/DLC release.
Jupiter is a yandere.- aruon
I'm just Danish. Mistrusting Sweden is my default setting.--Moglus
Reactions:

Came here to say my farewells to this great thread. Haven't been so hyped in a while.
Reactions:

Tomray94 said:
Came here to say my farewells to this great thread. Haven't been so hyped in a while.
Click to expand...