Jump to latest Follow Reply
Menu
Install the app
You are using an out of date browser. It may not display this or other websites correctly.
You should upgrade or use an alternative browser.
Europa Universalis IV 77270 EUIV: Suggestions 16775 EUIV: Technical Support 6041 EUIV: FAQ & Strategy Guides 202 EUIV: AAR's, Let's Plays, and Fan Fiction EU IV: Alternate History Short Story Contest Contr 26
Show only dev responses

Delhi into Hindustan for my last campaign on 1.30: 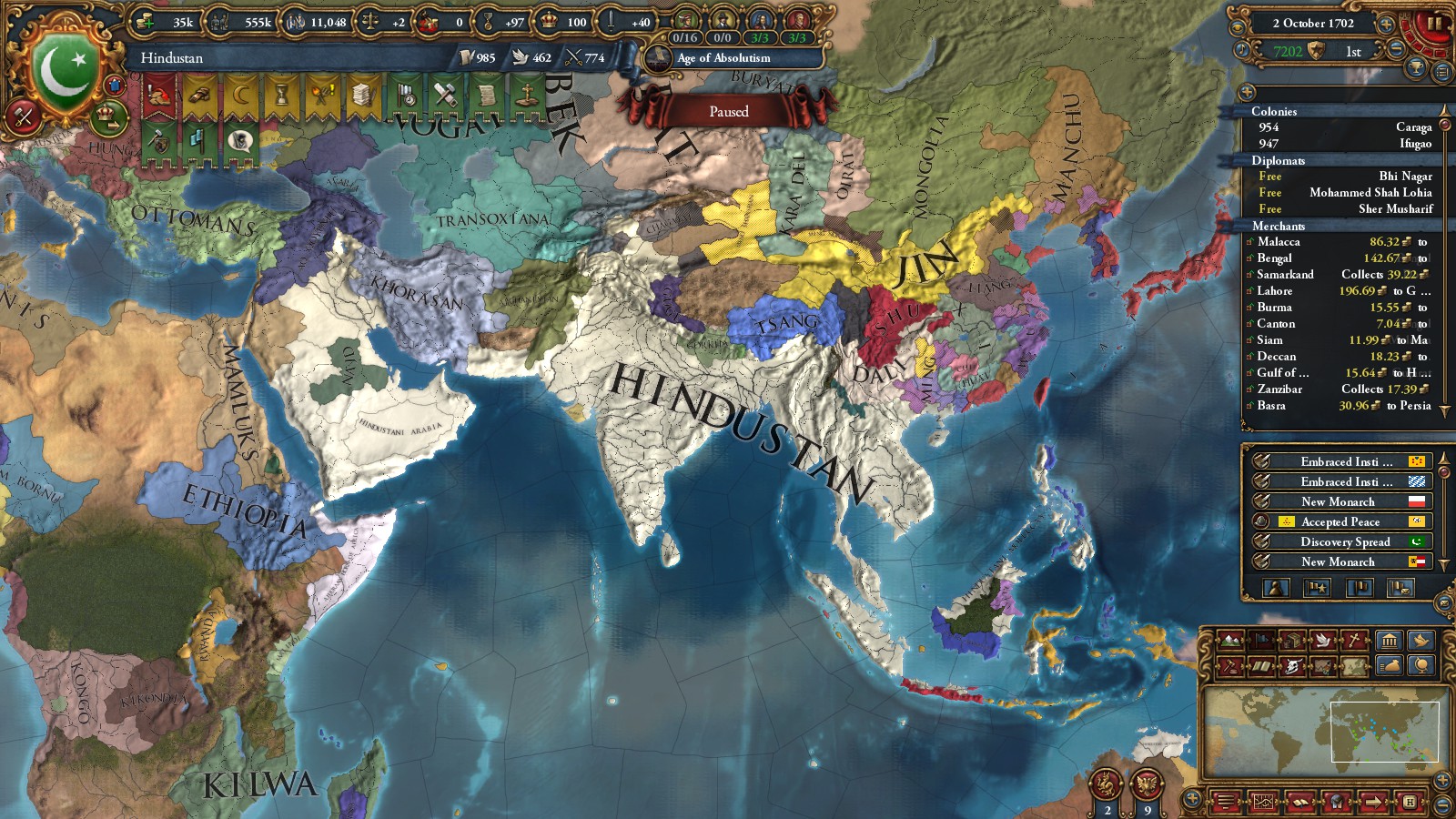 Afghanistan, Transoxiana, Khorasan, Ajuuraan (in the Horn of Africa, the color is very close), Gorkha, Gujarat, and Dali (another near-identical color!) are all vassals, and I'm allied to the Ottomans. I expanded pretty fast until about 1560, at which point I only needed a few more wars to annex Vijayanagar and get the achievement. After that point I began expanding more outside India. I kept the run going until I could finish the Indian mission tree. The last fifty years or so were easy/uninteresting aside from one war with Spain, who had colonized a few provinces in the Malaya region I needed. Elsewhere, Europe was pretty boring, there was a Scottish Canada and a Breton Brazil, and Ming imploded with only minimal intervention from me (I did one war for max gold and moderate devastation, then they got the regular internal conflicts disaster and too many rebels to survive).
Toggle signature
Pronouns: he/him
Fan of the Week, 5/16/2021

I have an AAR!
Superior Arguments: A Stellaris AAR
3x Weekly AAR Showcase, 1x WritAAR of the Week
Reactions: 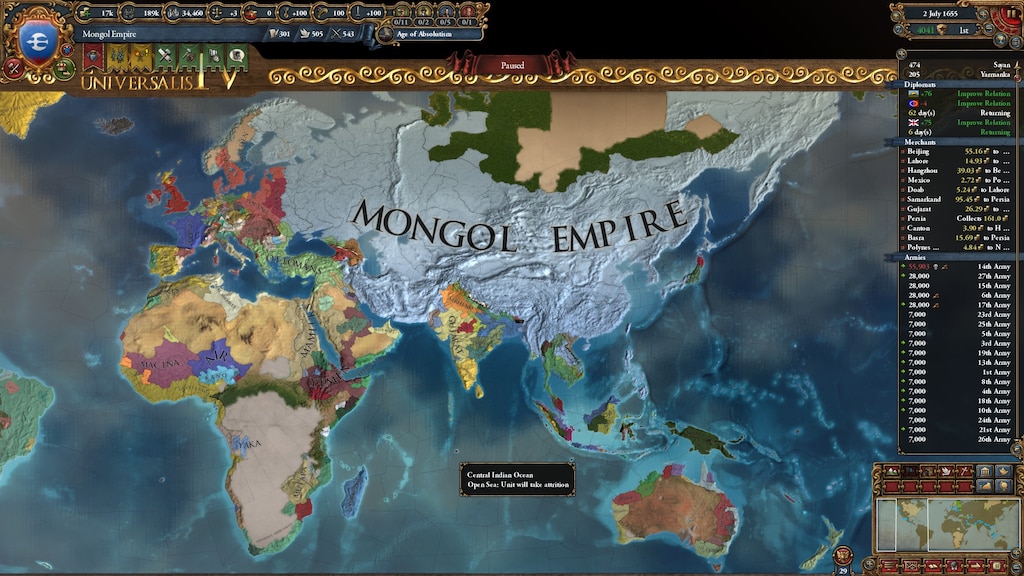 Haven't played for a while, but the itch started again and i did a Great Khan run starting as Mongolia

Note the Militant Pope having eaten half of northern Africa
Reactions:

I have to show my classic Revolutionnary Roman Empire I assume, which was made very easily by playing as France, no-CB Byz and from then on I went for the achievements along the way (bit pissed about the terrible mission tree which require you to have low autonomy in 1600...). It was fun anyway, but late game really is tidious. Also props to polish Commonwealth for still being disloyal despite my strength...

Thirteen Colonies -> USA
Released big Thirteen colonies as Britain sometime in the late 1500s. Went Protestant because it's better and conquered Indonesia, because why not? Could definitely have done more, but wanted to concentrate on a few areas as I have now converted this to Vic 2 (will see how it turns out!) 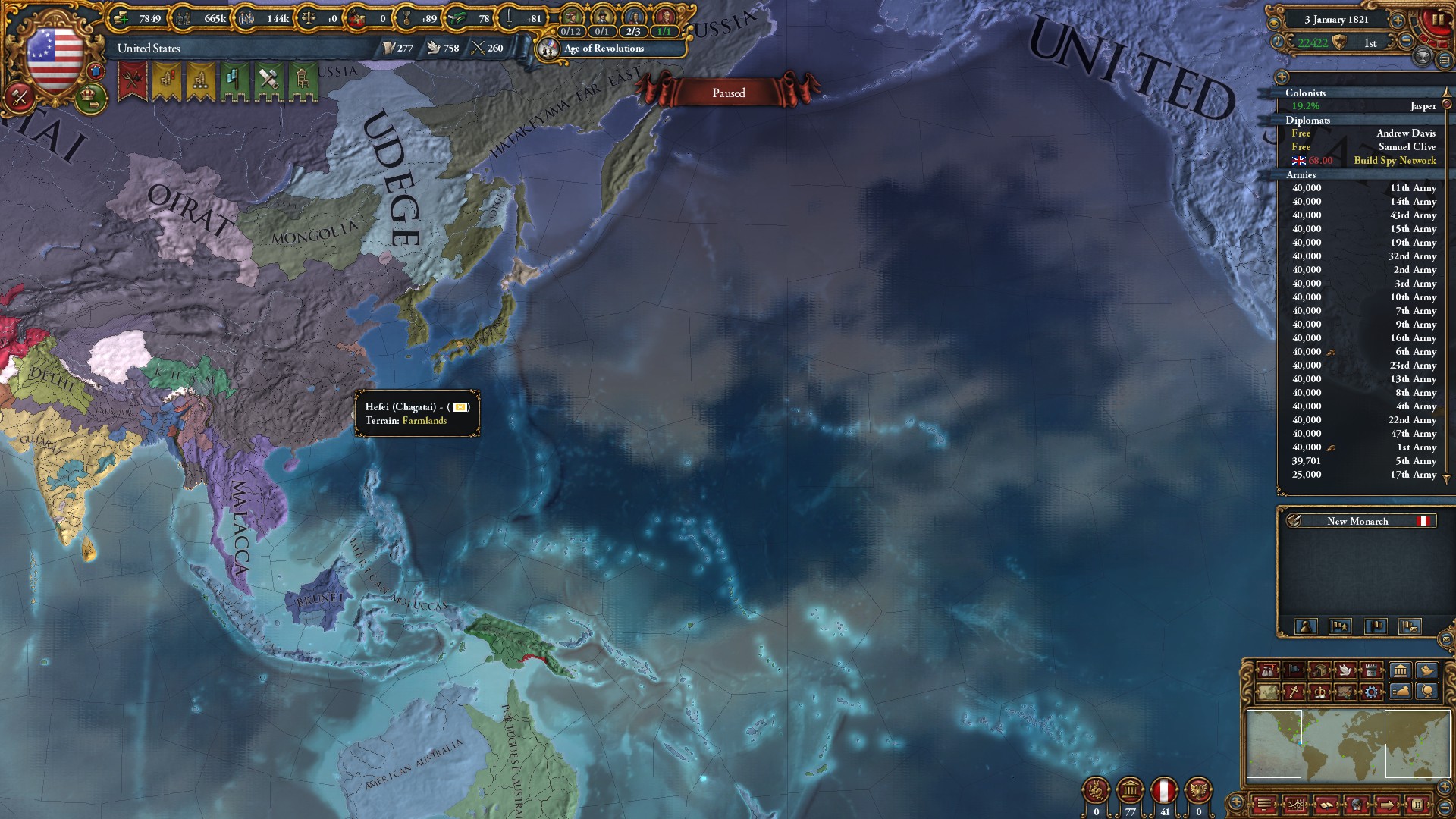 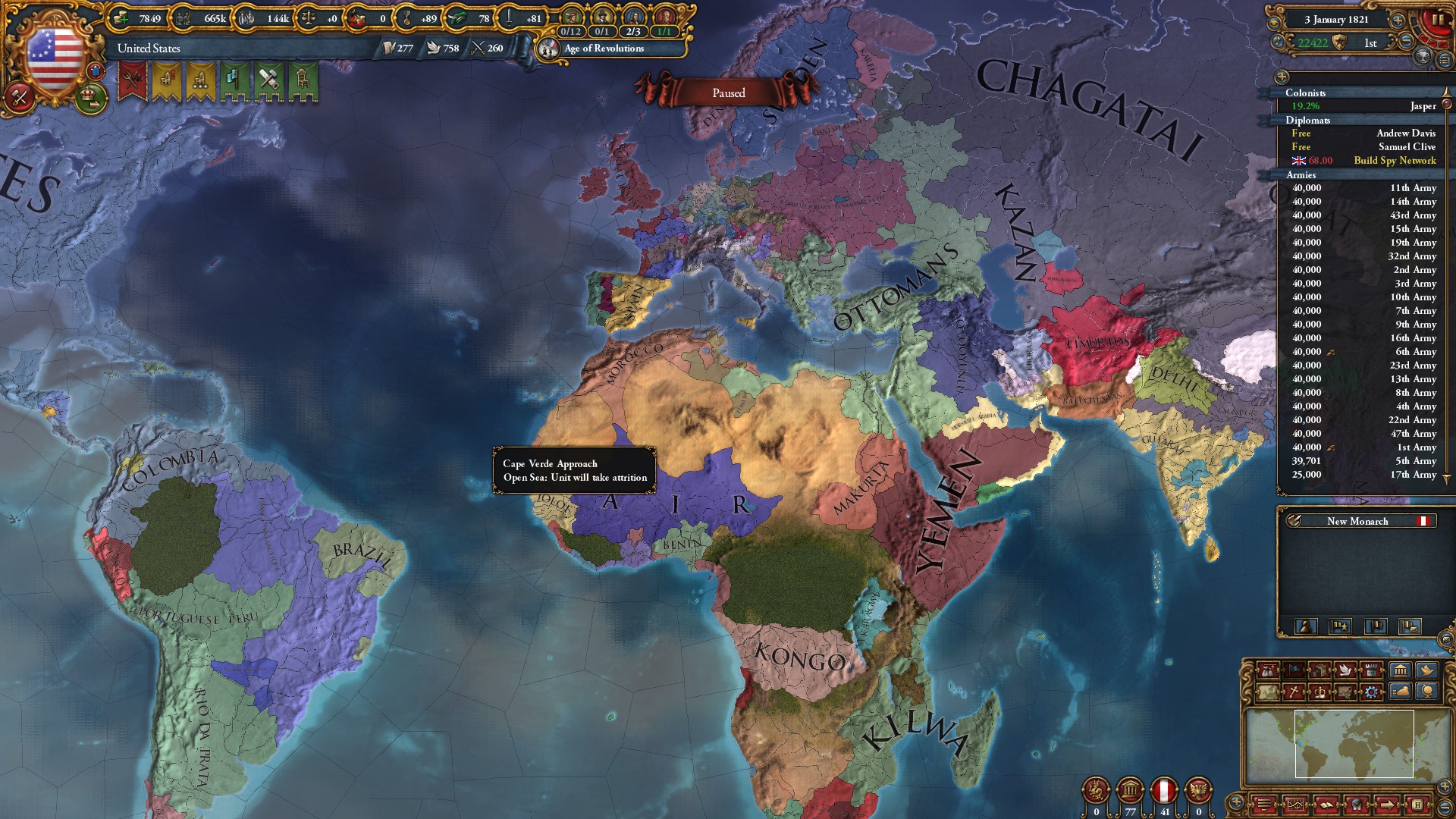 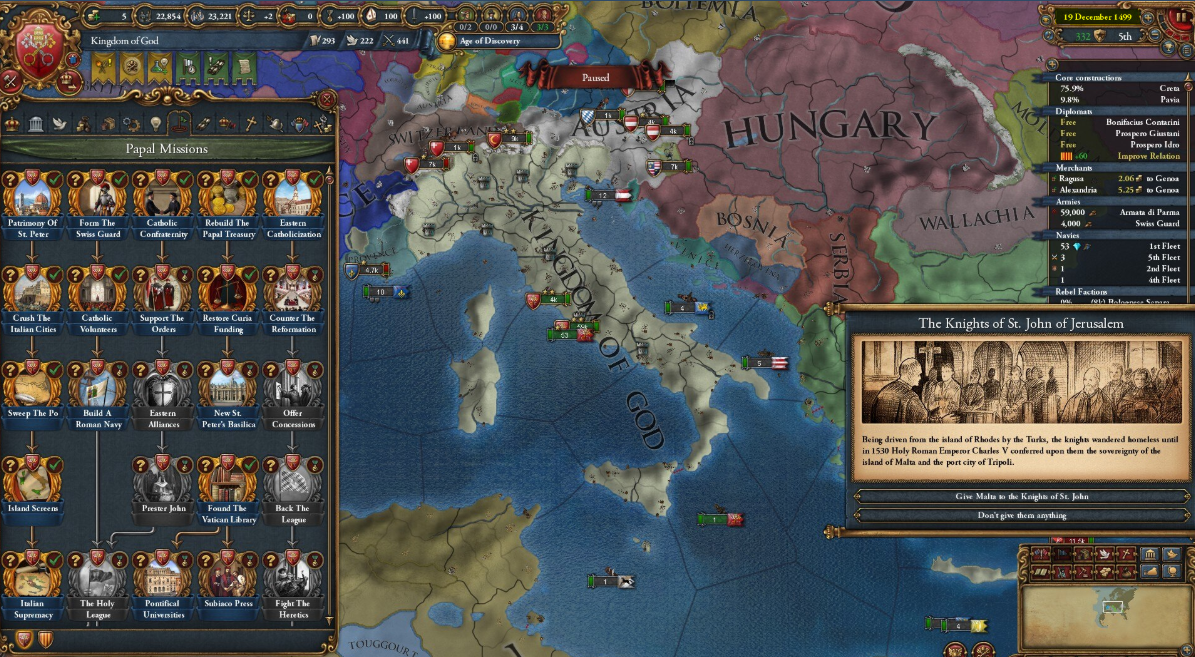 United all of Italy before 1500
Reactions:

By_Science! said:
Thirteen Colonies -> USA
Released big Thirteen colonies as Britain sometime in the late 1500s. Went Protestant because it's better and conquered Indonesia, because why not? Could definitely have done more, but wanted to concentrate on a few areas as I have now converted this to Vic 2 (will see how it turns out!)
View attachment 734947
Click to expand...

I'm more interested in that Mega-Chagatai personally. Any hand in that?
Toggle signature
I play EU4 to meme
Reactions:

Little Lippe empire. I was lucky enough to grab early on a weakened Byzantium as well as have solid allies with France and Austria, so it was pretty easy. Bit of happy-unlucky when I got France under PU so I waged constant war, but in the end it was a fun run

I've tried to keep clean borders, and that's one achievement off the list !

Holy crap, how'd you pull that one off?
Toggle signature
The Ballads of Fire and Ash AAR Page
Reactions:
L

Fire and Ash said:
Holy crap, how'd you pull that one off?
Click to expand... 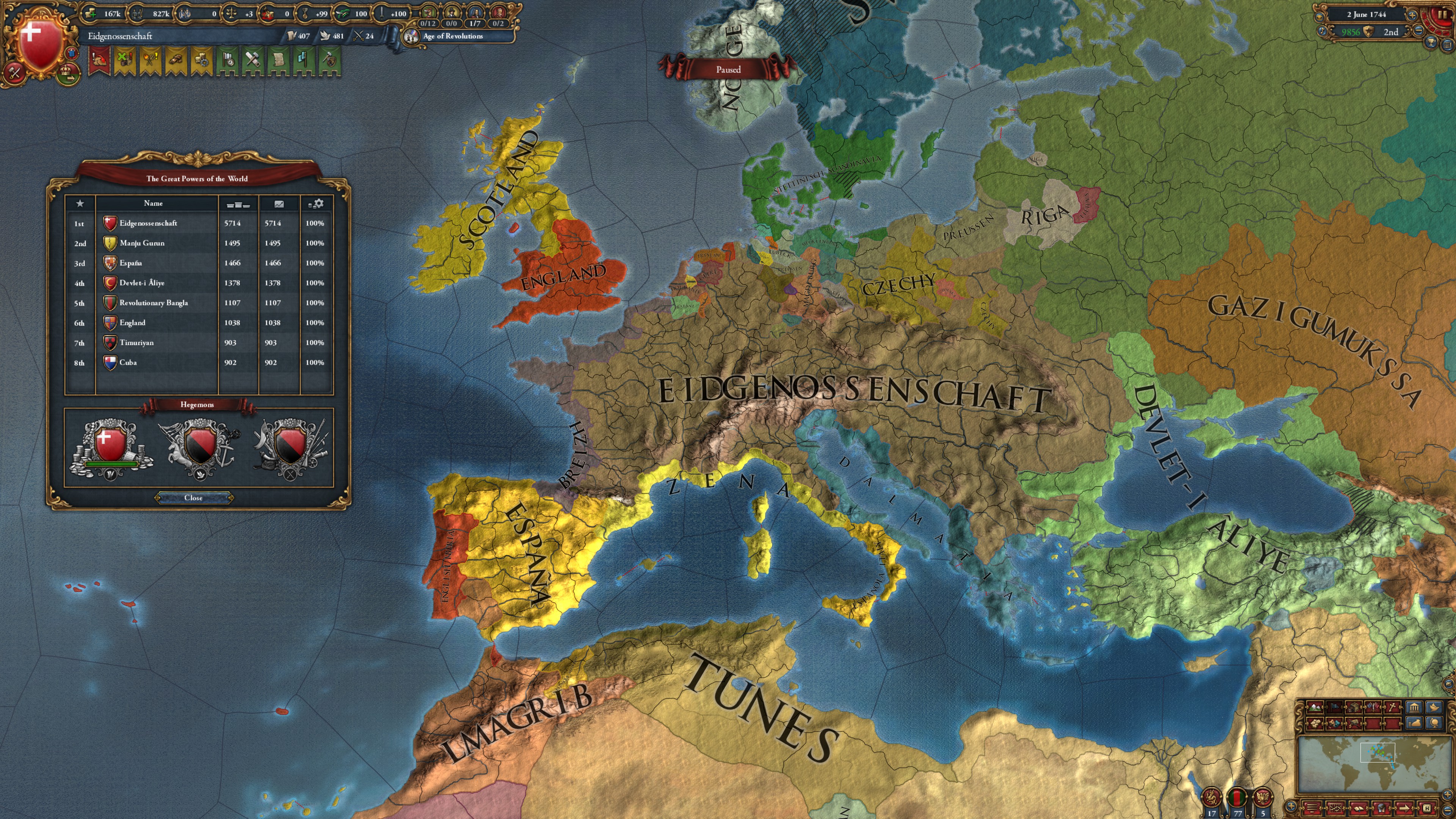 It's been a long time since I played in Europe but, even so, the power of such a small non-colonial empire surprised me.
Overall, there's not really any challenge any more, so I'm stopping here.

Hello there, may I introduce you to the Mongol Empire as well as Népal ?

I was planning to try WC as a horde with the Golden one but I really can't push myself to play after 1700... It's boring, it's laggy, it's micro managing... It's a no from me.

Blust said:
Hello there, may I introduce you to the Mongol Empire as well as Népal ?

Was there any particular reason you bordergored directly to Constantinople?

Ahah well yes indeed, I needed to land in eastern Europe (also I like taking Constantinople from Ottomans)
Toggle signature
Making Vlad "Dracula" Tepes proud since 1444 : Wallachia can into Europe

jonjowett said:
Was there any particular reason you bordergored directly to Constantinople?
Click to expand...

He kept on going into Pol/Lit too to reach Prussia, most likely for the acheivement.
Reactions: 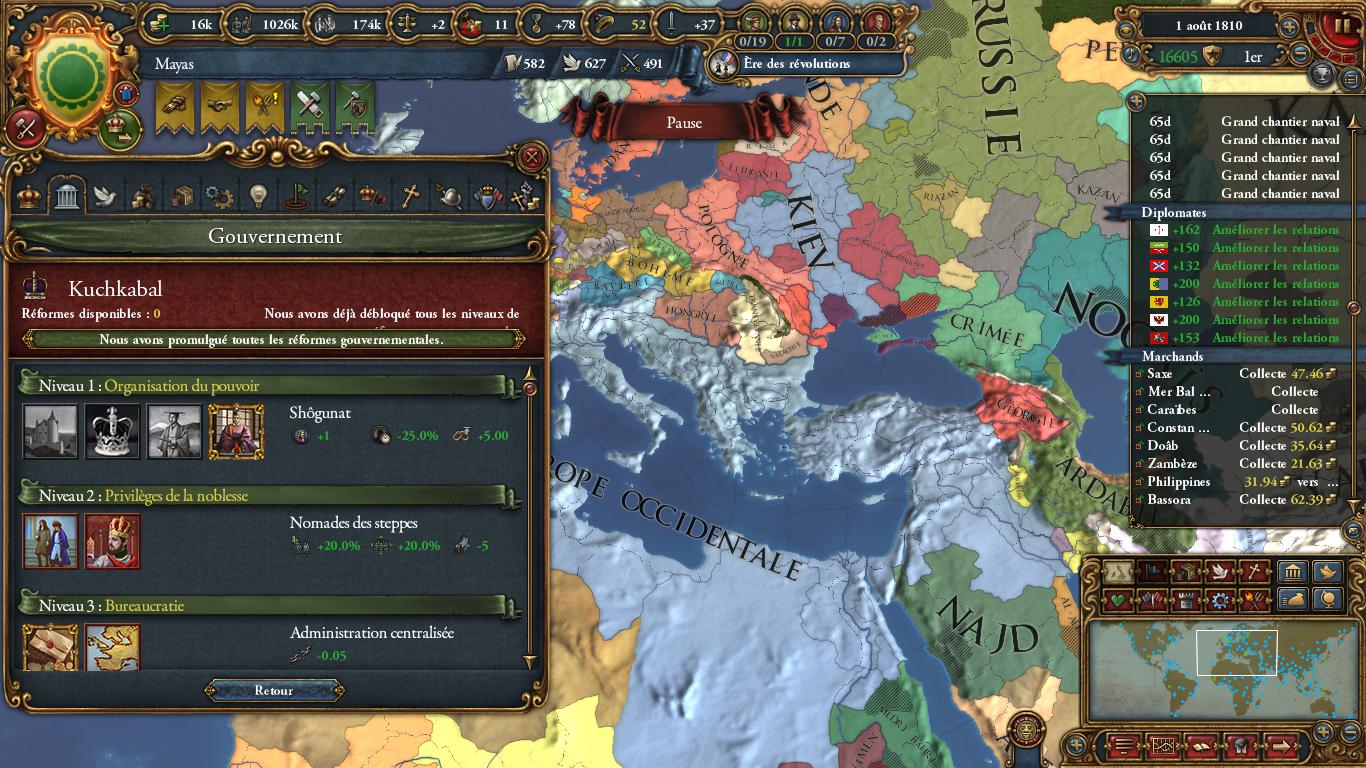 An old Screenshot of my "restoration" of Rome as a Mayan Horde Shogunate, did in 1.29
Toggle signature
Check my Channel for delicious memes:
https://www.youtube.com/channel/UCmTW4vDsAhNrsywnnLHX8sw?view_as=subscriber
Reactions:
J

Yross said:
An old Screenshot of my "restoration" of Rome as a Mayan Horde Shogunate, did in 1.29
Click to expand...

yeah, back in 1.28 you could select a government reform (like reform from a tribe to a horde), hold it, form a country (monarchy in the case of the sogunate), and then accept the reform, and you would have a tribal reform as a monarchy
Last edited: Jul 19, 2021
Toggle signature
Check my Channel for delicious memes:
https://www.youtube.com/channel/UCmTW4vDsAhNrsywnnLHX8sw?view_as=subscriber 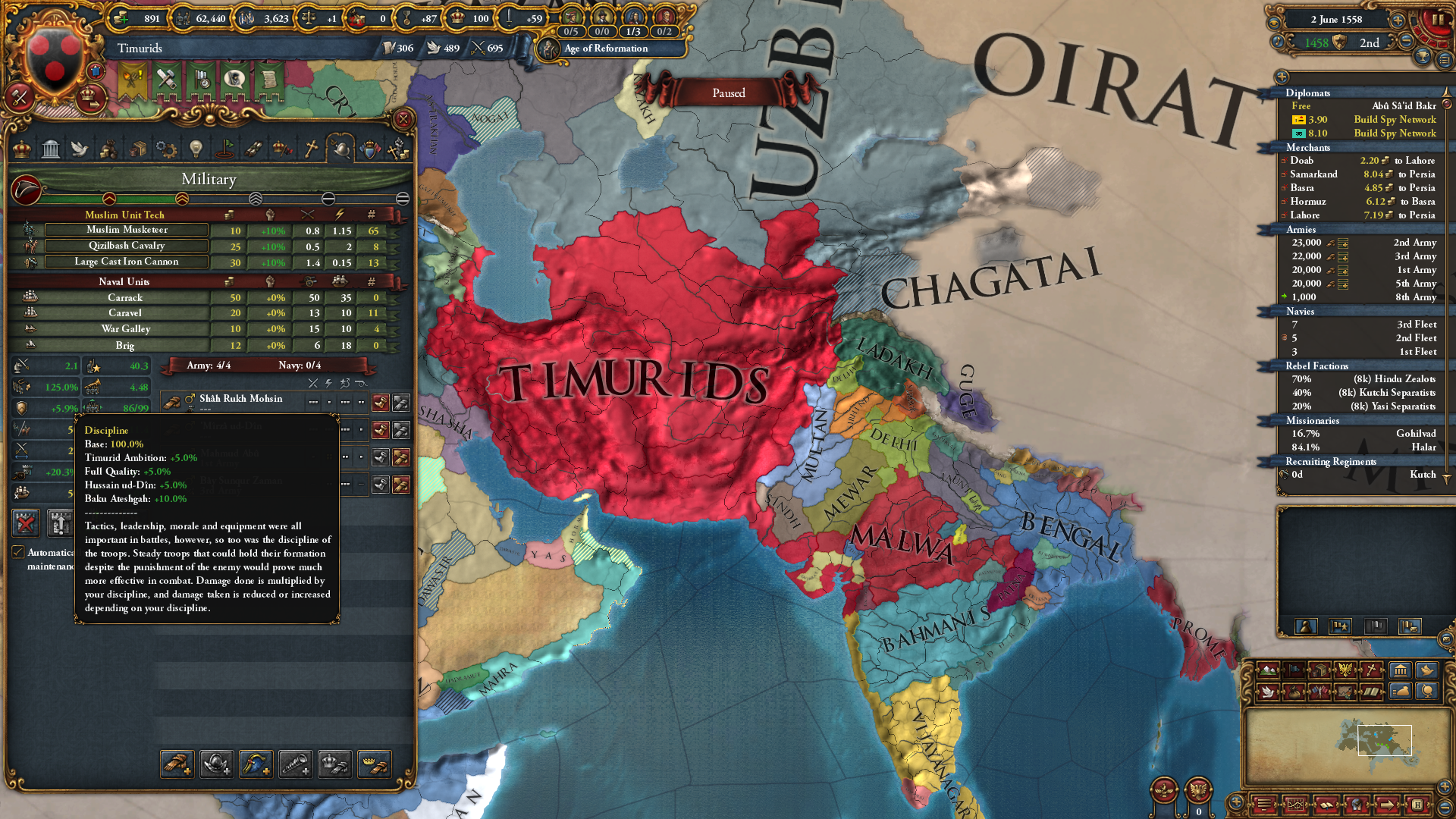 Zoroastrian Timurids; Keep the Flame Burning completed in a little over 100 years. Would have been faster but I wanted to stablise my country after flipping; and the rebels kept walking in circles or capping my capital [Which I had to unseige or I'd capitulate with -stab and autonomy instead of flipping] before they reached the majority to enable a flip.

I'm also 1 province off both unique permament decisions Zoroastrians have; but I'm unsure if I'll continue to play.

125% Discipline in the 1550's is hilarious however. And I don't even have Economic-Quality or Offensive or Absolutism. I have Trade-Religious-Quality.

Theoretically I could get up to 140% Discipline without temporary modifiers.

Ladakh; Sirhind and Karabakh are my vassals.
Toggle signature
I play EU4 to meme
Reactions:
R

The goal of the campaign was to revoke fast and get a high dev and mostly stated Europe. I did not finish due to performance issues and boredom in lategame. 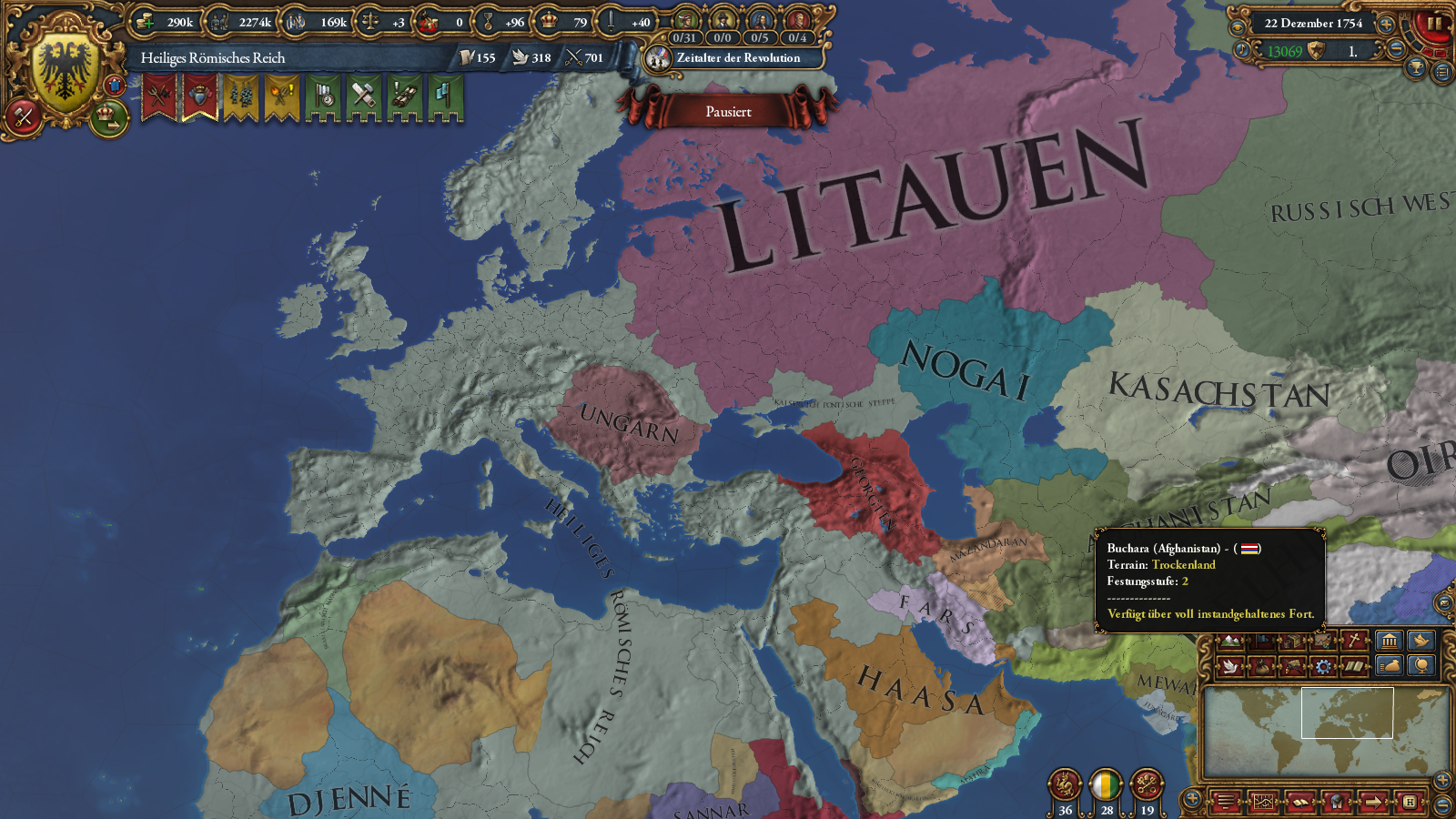 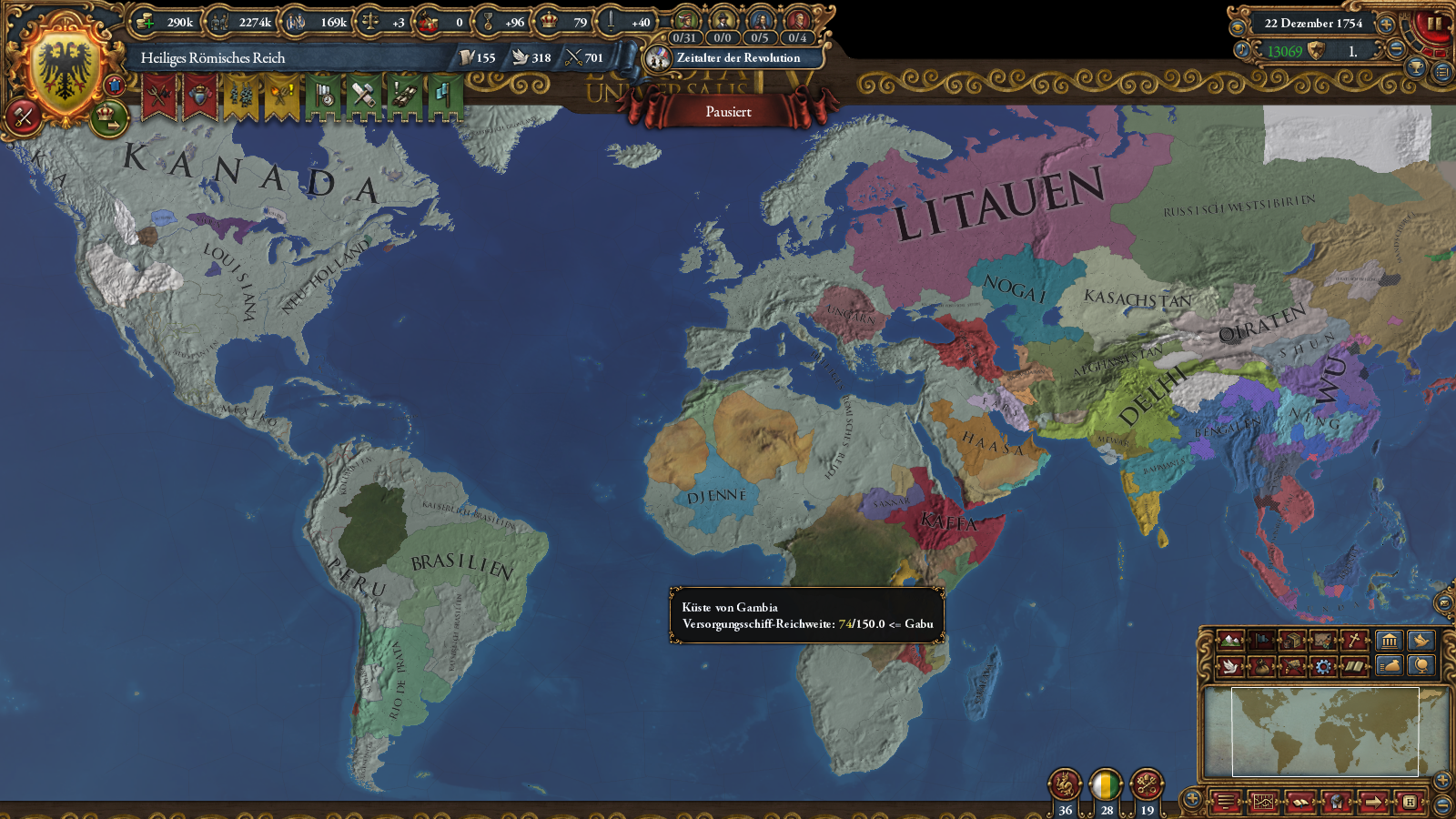 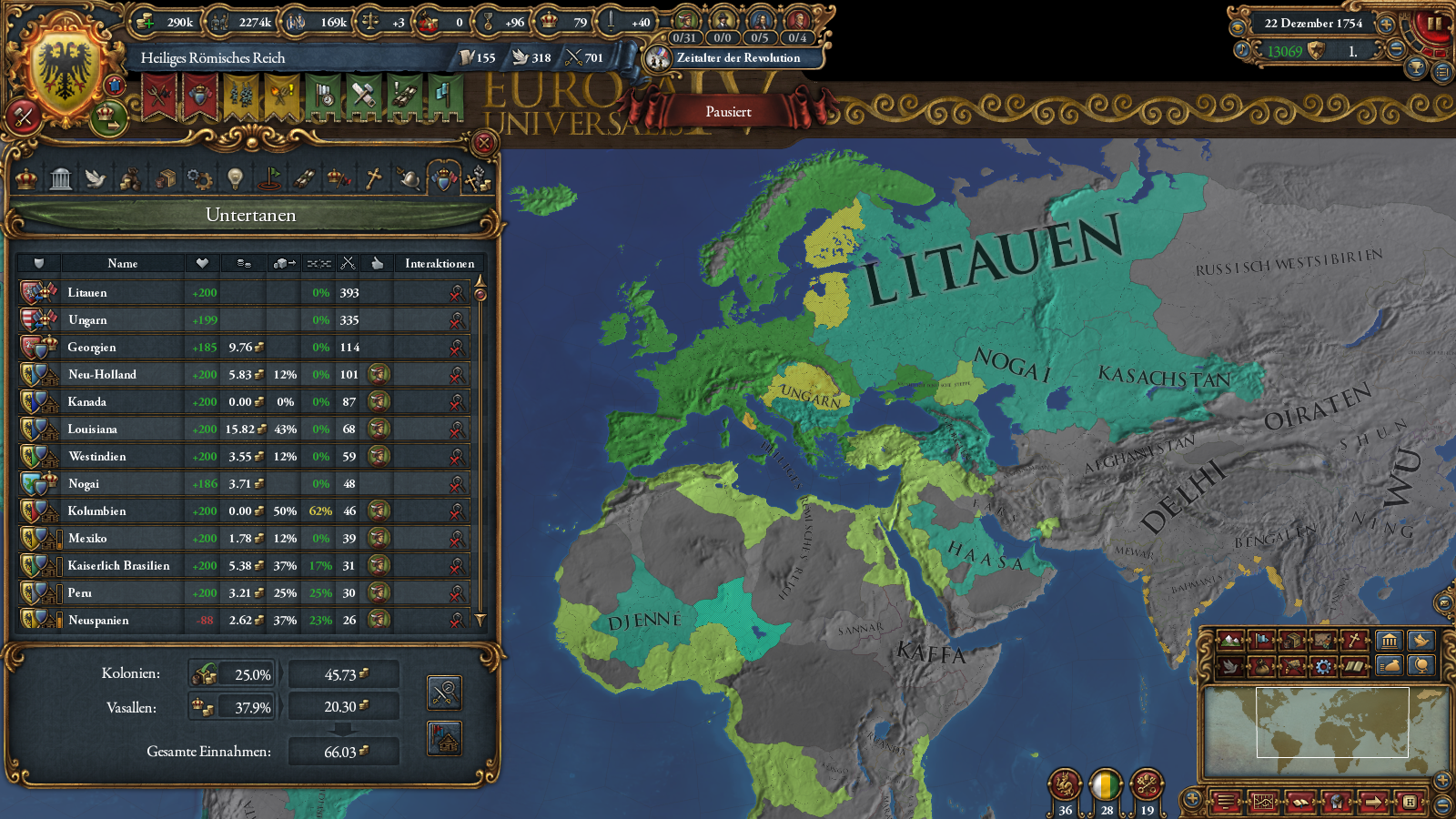 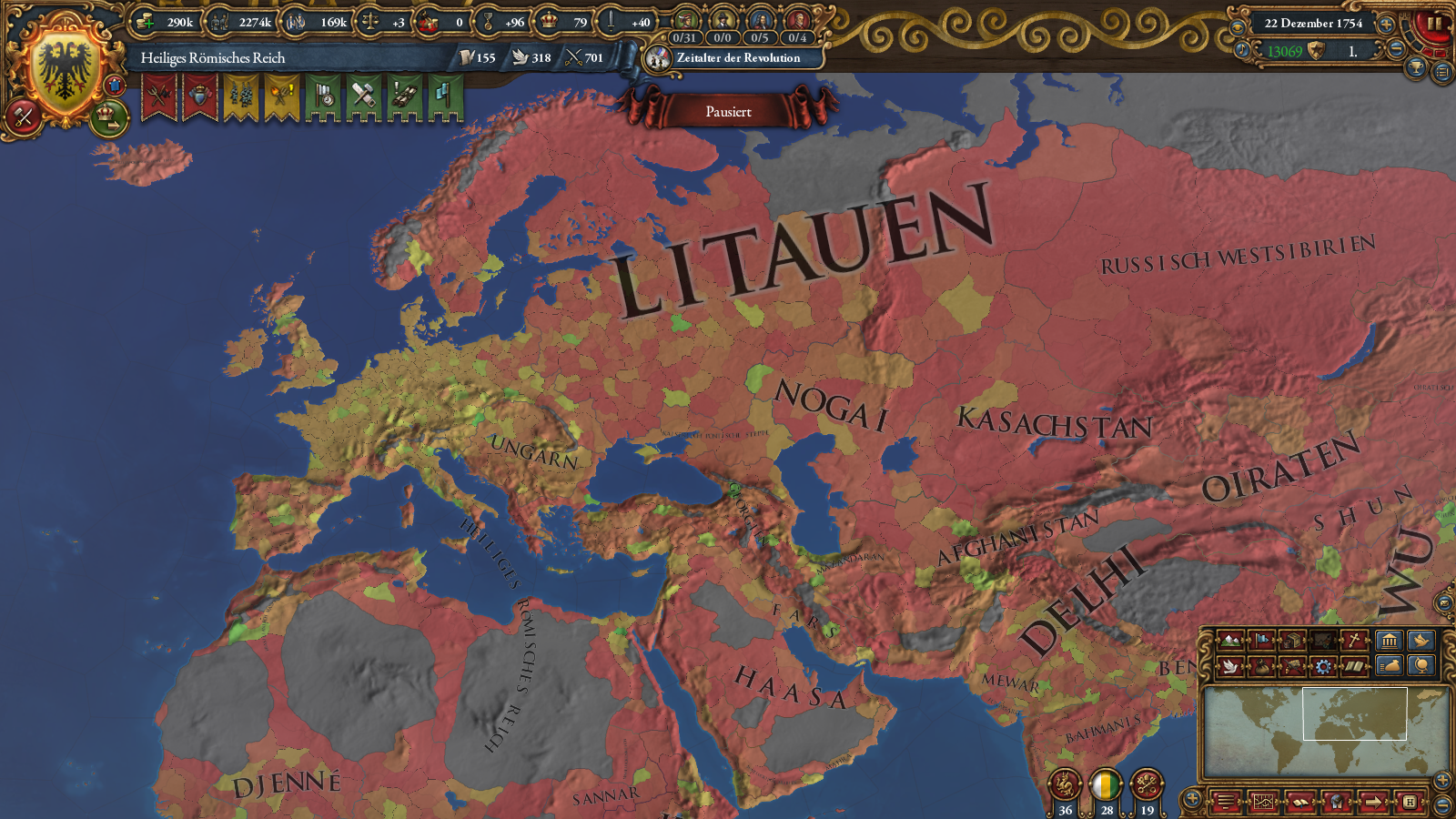 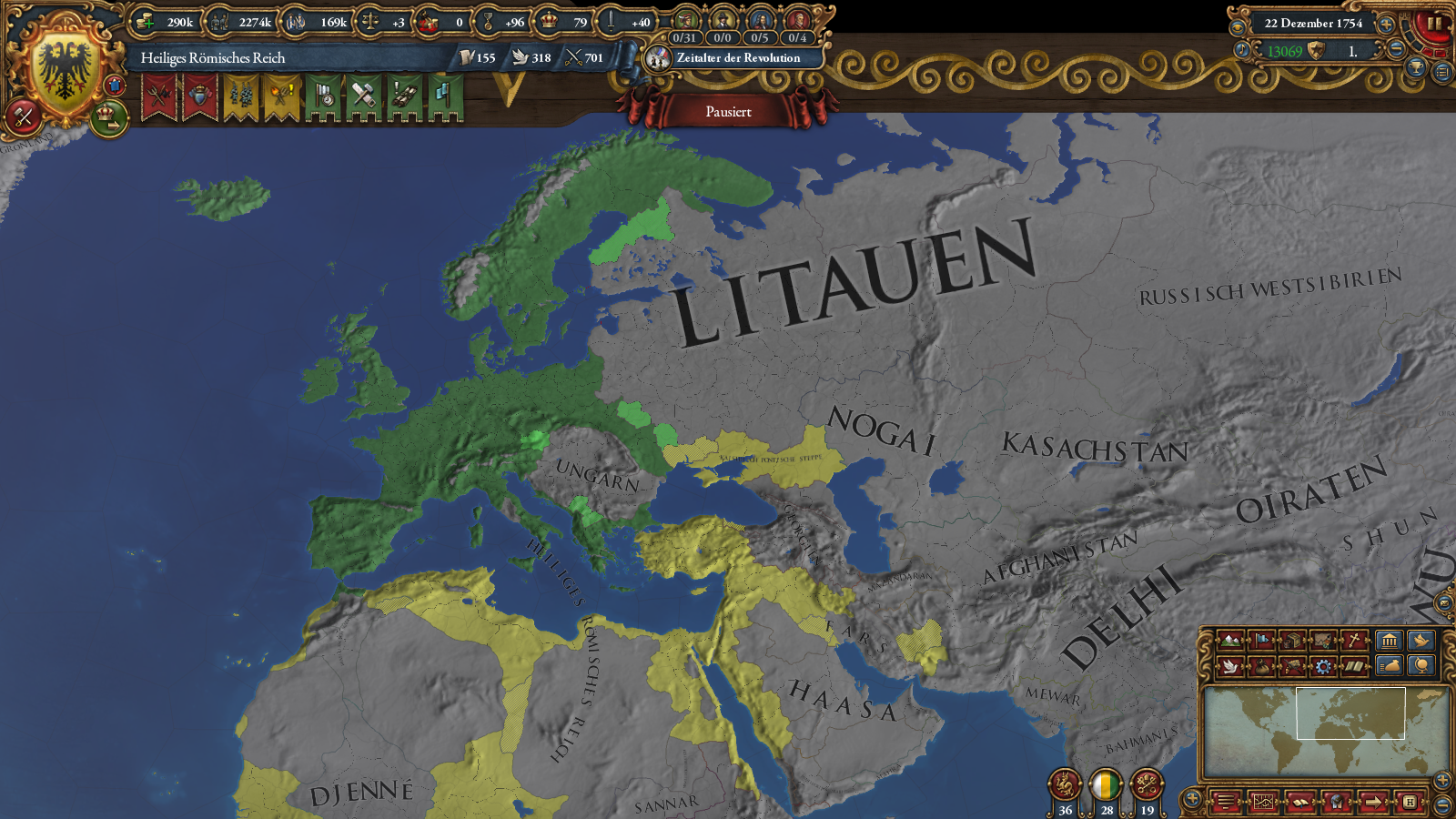 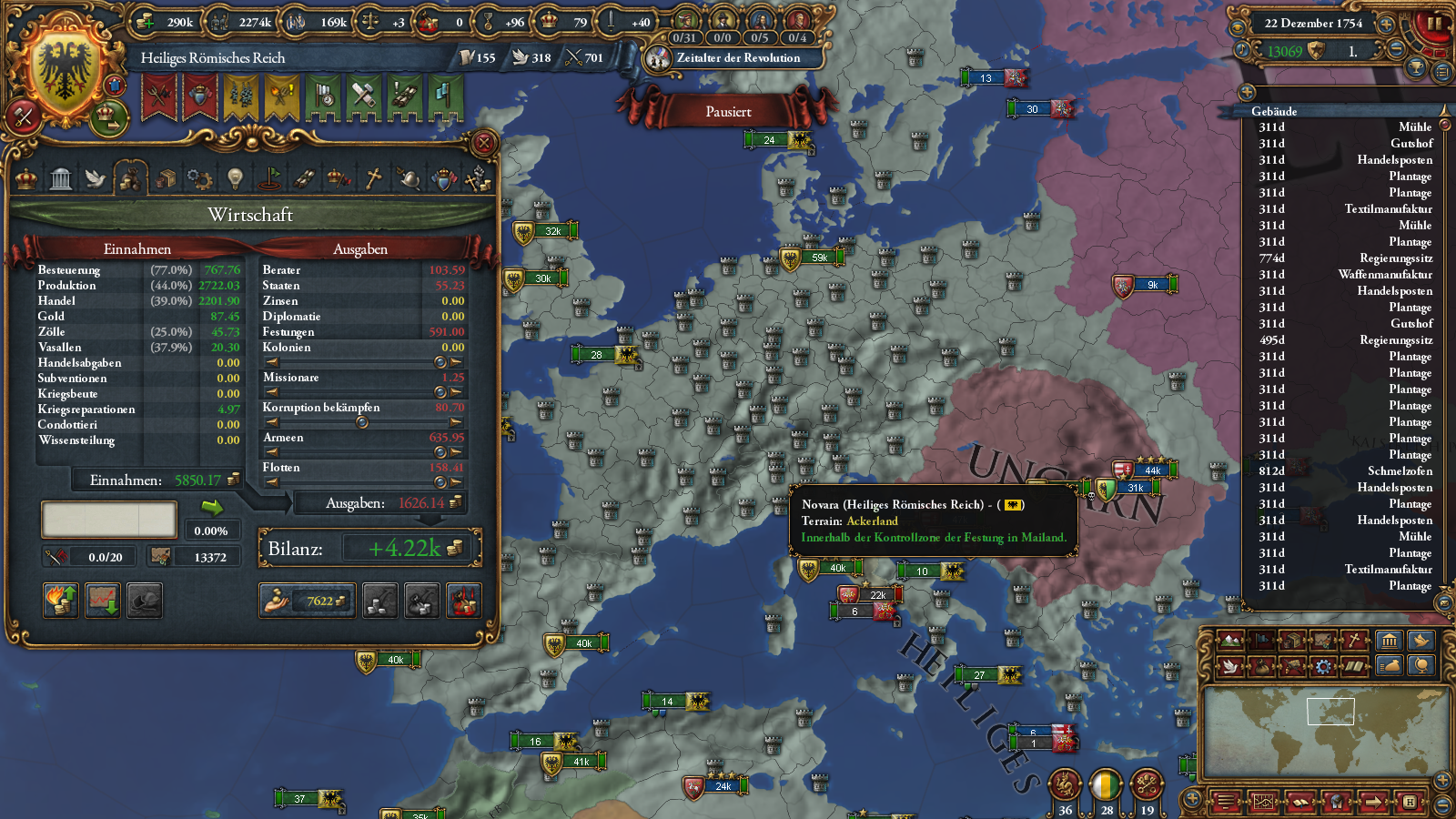 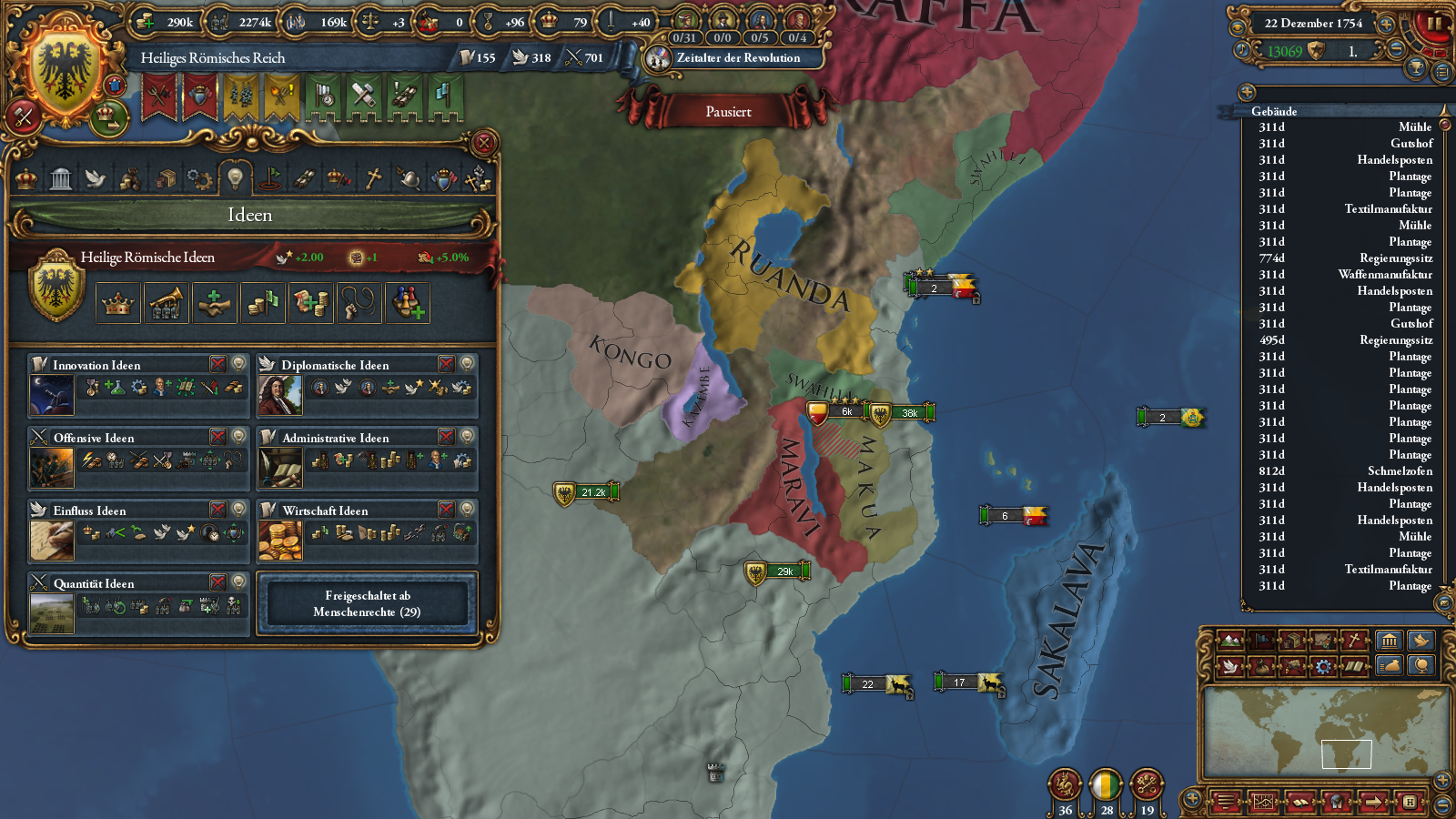 Hello! I didn't realise anyone responded, but no, I didn't do anything, they just kind of went ape and conquered lots of stuff

And here's some pics from the converted Vic2 save: 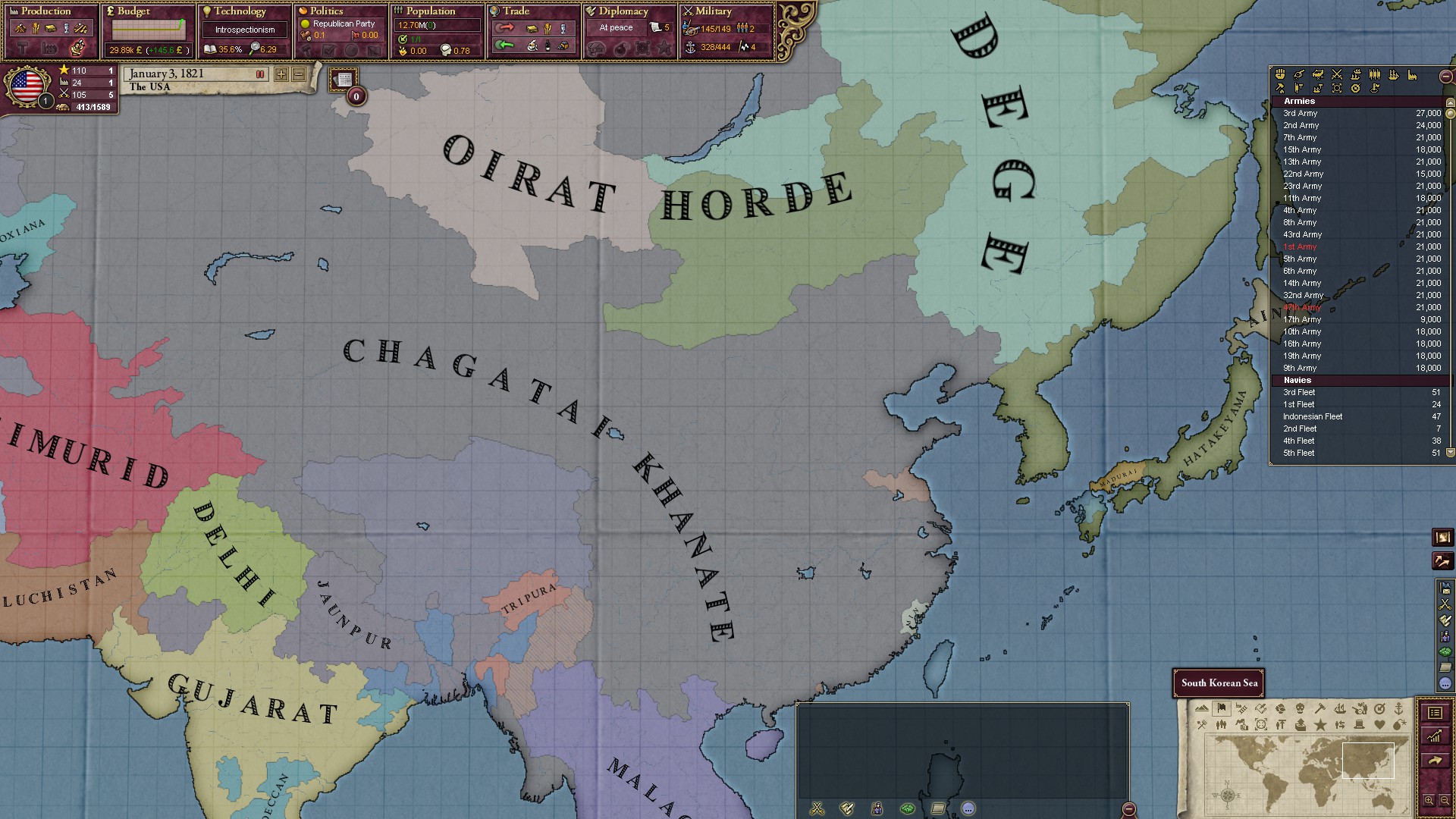 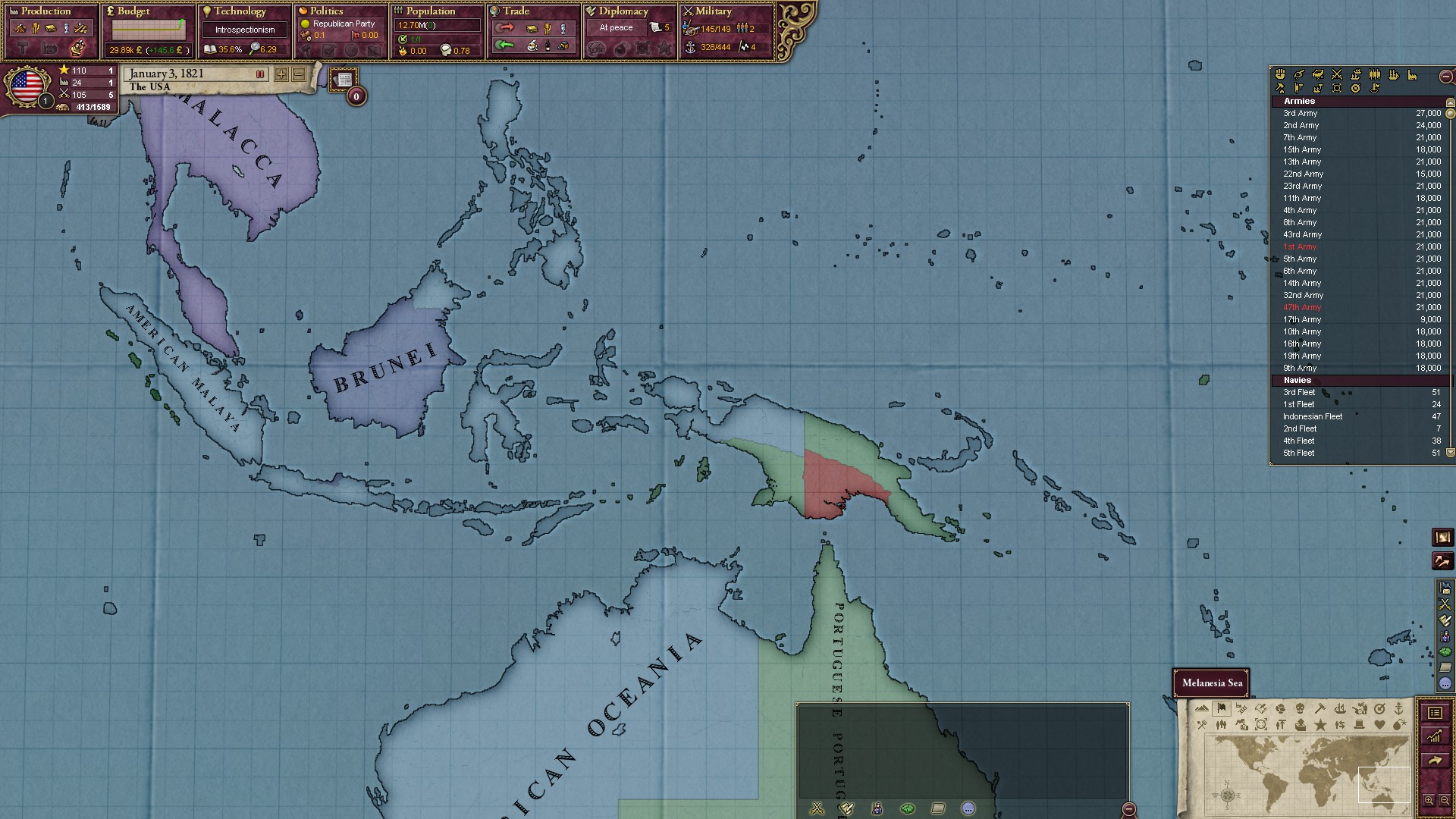 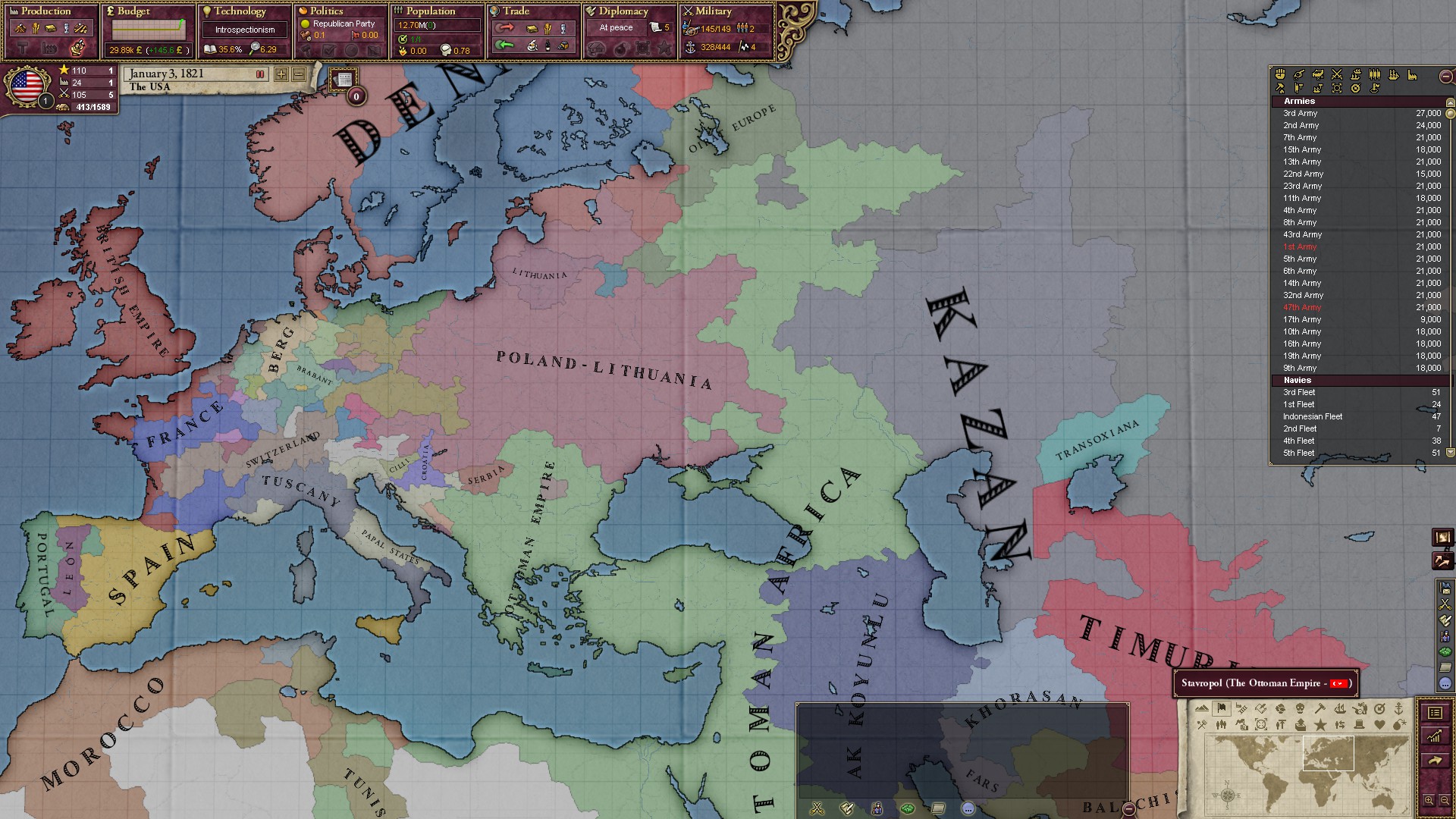