Menu
Install the app
You are using an out of date browser. It may not display this or other websites correctly.
You should upgrade or use an alternative browser.
Europa Universalis IV 75558 EUIV: Suggestions 16048 EUIV: Technical Support 5700 EUIV: FAQ & Strategy Guides 185 EUIV: AAR's, Let's Plays, and Fan Fiction EU IV: Alternate History Short Story Contest Contr 26
Show only dev responses

End game as the netherlands when starting as Burgandy...a very odd thing happened where russia got a PU over lithuania..after 50 years they intergrated them and wiped out poland, this is the farthest Ive seen them expand into europe.

Lima and Grand River are both mine. I couldn't be bothered to make better names

My economy. Furs were selling like hotcakes so production was doing swell until the supply increased due to both me and Russia colonizing and increasing supply. Demand was still at 120%+ though.

Natives are probably the only nation I'll go Protestant with simply because you don't need tolerance nor do you need the curia. Idea cost helped me keep up in ideas too.

sgt.stickybomb said:
It is probably TBAR along with TBAR Extra userinterface, white font, and transparent political map.
Click to expand...

Krajzen said:
Lemme guess, it is impossible to do the same thing with released vassal?

Just to note, Wiz did confirm in another thread that they are planning to add the ability to play as released vassals in Ironman mode in the future, but sadly it won't make it into AoW.
H

Ajuuraan are my vassal. Just became a protectoriate of the turks. I had to lose Dumayat and Sinai in the process ;( but hey at least they wont bother me anymore.

My next targets are ... I guess Tunisia and east Africa. Prepping some claims on the Ottoman lands, the empire can never be too big .

My not so special danish empire that I mainly did for the "iron price" achievement, I got bored with it and the patch is almost upon us so this is my endresult.
Europe: My colonies that I took from England (had to destroy england entirely to convert the danelaw provinces: I'm the only reformed country
And something else I've never seen before: oblio- said:
And of course, the pinnacle of technology and knowledge was to be found in the Balkans:

I now bid you adieu until Art of War comes!
Click to expand...

Hey, you didn't westernize!
Toggle signature
Hoi4 Tech Lead on fixing AI scrapping Naval Construction:
"releasing a hotfix for one bug is really not cost-effective so we mostly reserve it for critical issues"

Between merchant republic re-elections and national focus, I had more spare monarch points than I knew what to do with.
Around 1815 I had 32/32/32 tech, full idea groups, 3 stability, 0 war exhaustion, every building in every province, every possible province culture converted, every possible province harshly treated, etc.
I actually started looking around for things to spend my MP on and I couldn't find many...
Unlike Paradox, I say that the end results speak for themselves instead of their arbitrary differences for countries at the same tech level. Quite a paradox when 32 ≠ 32!
Ragusa had provinces which were richer and more developed than any country on Earth. France looked like a backwater compared to the Croation homeland.

Maybe not the most complete restoration of the Roman Empire, but my first attempt with Byzantium:

Aragon is my vassal, just like four electors of the HRE: Pomerania, Brandenburg, Mainz and Trier (what is an otrodox metropolis). My bad luck that in the last 200 years I had six female rulers and just one male, so I can't reunite the two Romes. My posessions in America, South-Africa, Australia and Japan are french heritage (I got the throne of France in war at 1716).
Last edited: Oct 28, 2014

Decided to build the Suez canal and build every manufactory possible after getting the achievement. Wanted construction to start instantly by taken a crap ton of loans, lol @ my finance screen and the -242 ducats from interest.

In the process of constant trucebreaking with the coalition to the east as soon as cores finish, wars are a breeze now tho the ottomans forced me to have 3 legions in afghanistan for a few decades. They entered in a coalition when I decided I wanted persia
Right now coalition is a joke tho long live isolated AE:

And yes I got this idea off off shenryyr
Last edited: Oct 28, 2014
Toggle signature
Recent and/or highlight EU4 Ironman runs on my youtube channel:
Jewish Germany Run
Zoroasterian This is Persia
Forming France as Cyprus
Holy Roman Emporer as Japan
Culture converting Europe to Dutch culture
9999 pip general, swimming soldiers all that That's an amazing Japan, one that I'm jealous of, but I must ask; where do you get the admin points for this?!?! I find myself struggling to pay the coring cost!

Ajuuraan are my vassal. Just became a protectoriate of the turks. I had to lose Dumayat and Sinai in the process ;( but hey at least they wont bother me anymore.

My next targets are ... I guess Tunisia and east Africa.
Click to expand...


This Ethiopia looks beautiful You restored Coptic Church in Egypt!
Toggle signature
How does a mere and gross materialist like me, with no expectation of a life to come, decide what, if anything, is worth caring about? (...) A life that partakes even a little of friendship, love, irony, humor, parenthood, literature, and music, and the chance to take part in battles for the liberation of others cannot be called 'meaningless' except if the person living it is also an existentialist and elects to call it so. It could be that all existence is a pointless joke, but it is not in fact possible to live one's everyday life as if this were so.

Non-colonizing Jihad is complete and I have no interest continuing the game. So here.

I keep Ottomans nice and strong in my latest games because I've got tired of killing them in previous ones.

the last of the mohikans

My Impire with vasall apache 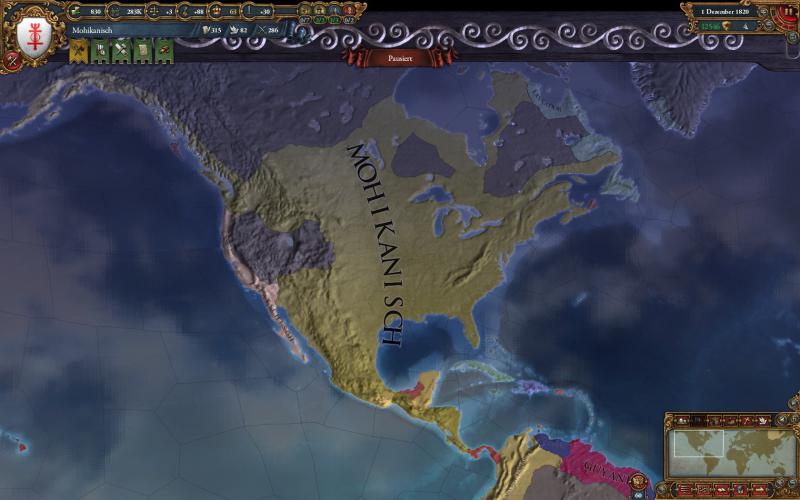 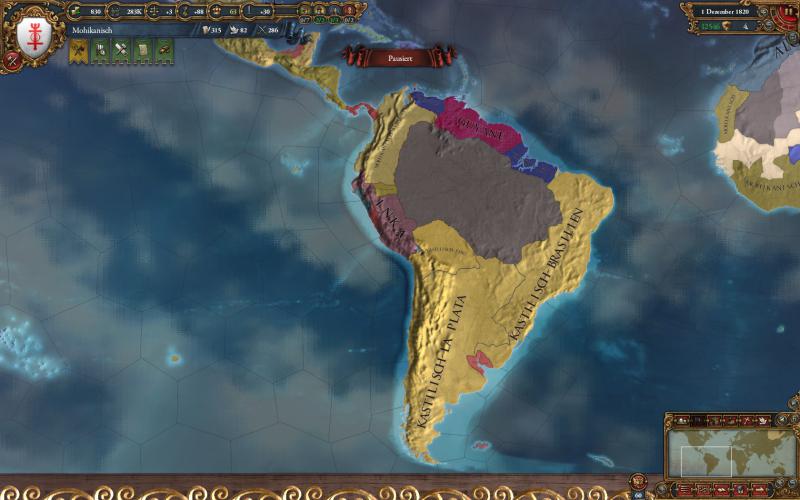 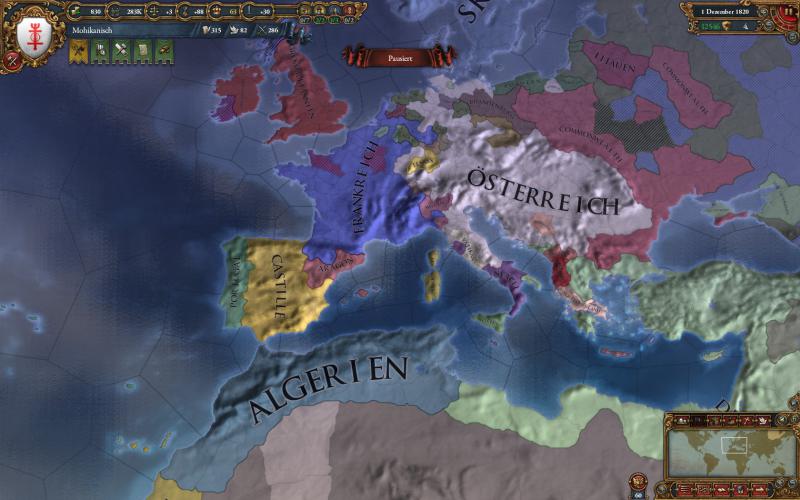 itsuart said:
Non-colonizing Jihad is complete and I have no interest continuing the game. So here.

I keep Ottomans nice and strong in my latest games because I've got tired of killing them in previous ones.

Toggle signature
Reagan: Okay Mr. Gorbachev, you tear down this wall or I'll unleash Star Wars on you!
Gorbachev: Hey, if it's the one with Jar Jar Binks, I surrender!

Meh, I should've made it bigger like his but I failed got the achievement tho
Toggle signature
Recent and/or highlight EU4 Ironman runs on my youtube channel:
Jewish Germany Run
Zoroasterian This is Persia
Forming France as Cyprus
Holy Roman Emporer as Japan
Culture converting Europe to Dutch culture
9999 pip general, swimming soldiers all that
I

Florryworry said:
Damn those are some pretty sweet borders dude
Click to expand...