Planning a Multiplayer Tournament (duel based)

You have an aow3 relic in your rules that does not apply to aowpf.

Yes. It is tricky when you use your old BF-Account. (Please not read when you have not an old account)

An AOW3 Player is not automatically a PF Player. You have to be a PF League player when you want join our PF Tournament.

When you want join with your AOW3 Account ( or with your old BF Account from AOW SM ….), you can join much easier. Login with your credentials and then you will be Redirect to a small Formular, just press enter with your laddername.

But you can join without a form submit. Check the Color of the Point in top. When you want Play in our League, click on Point, then the Color Change from yellow to green.
When green you are in.

When you want quit the league, press green Point, the color is changing to yellow.

-> Yellow, you are not in league, you can not join any tournament.

Maybe you can use better icons here to make it clearer.

will check if a Tournament join is a league join too, so it is easier to handle

"You have an aow3 relic in your rules that does not apply to aowpf. "

Delted the Phrase. PF has no local savegames, when i'm not false.

Talked with BBB. We are the opionion a PBEM Tournament is too Long. Now i changed the rules to a live Tournament.

Players have to arrange to a date.. Contact Player in Discord, BF-Match, Steam or use the internal Scheduler to arrange your match

Small+Map pic in start screen) (every Player can ban and choose a map), when the same, admin select.

Choose and Ban from Following Maps:


Tournament is played in Double-Elimination System (Final is Best of three).
All Games are played than Duel. In Game-Screen the host is to go to team2 with slot2. The other Player is Team 1 with slot1.

8 Players is minimum of Tournament

(no faction and secret Technology allowed in row, please check rules below)

For every match there is a blog. Use the Scheduler in the Blog to send your times. 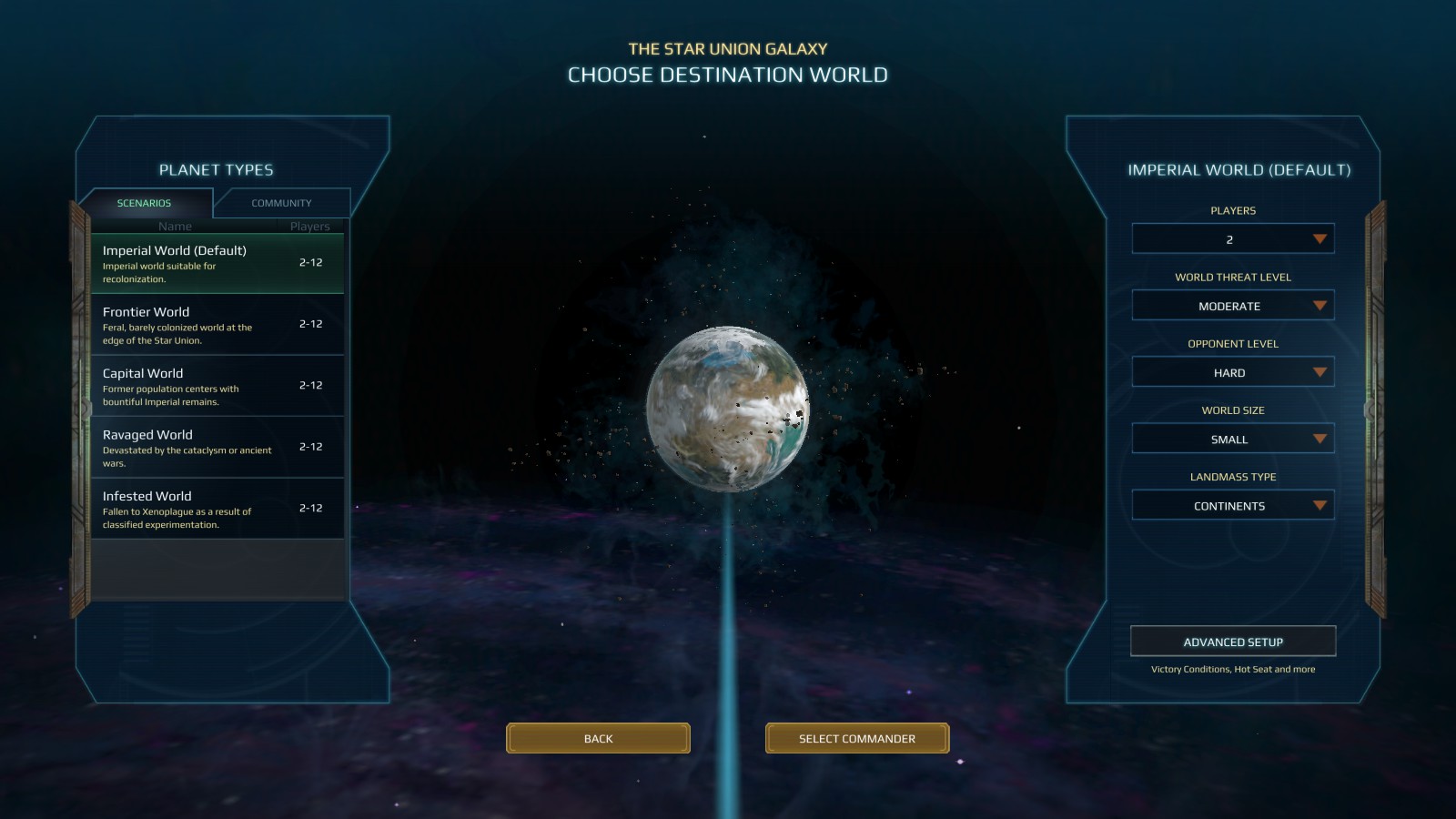 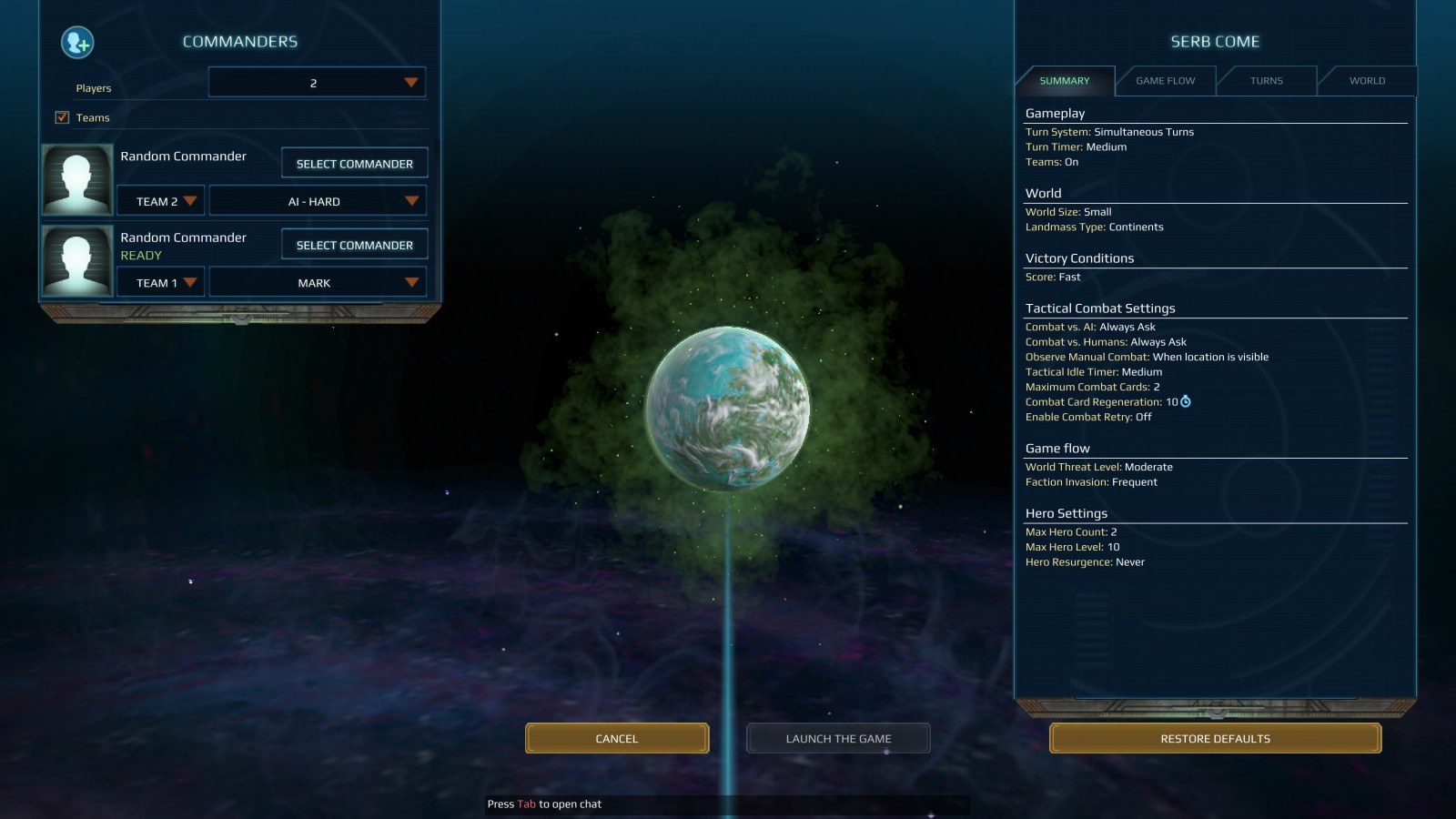 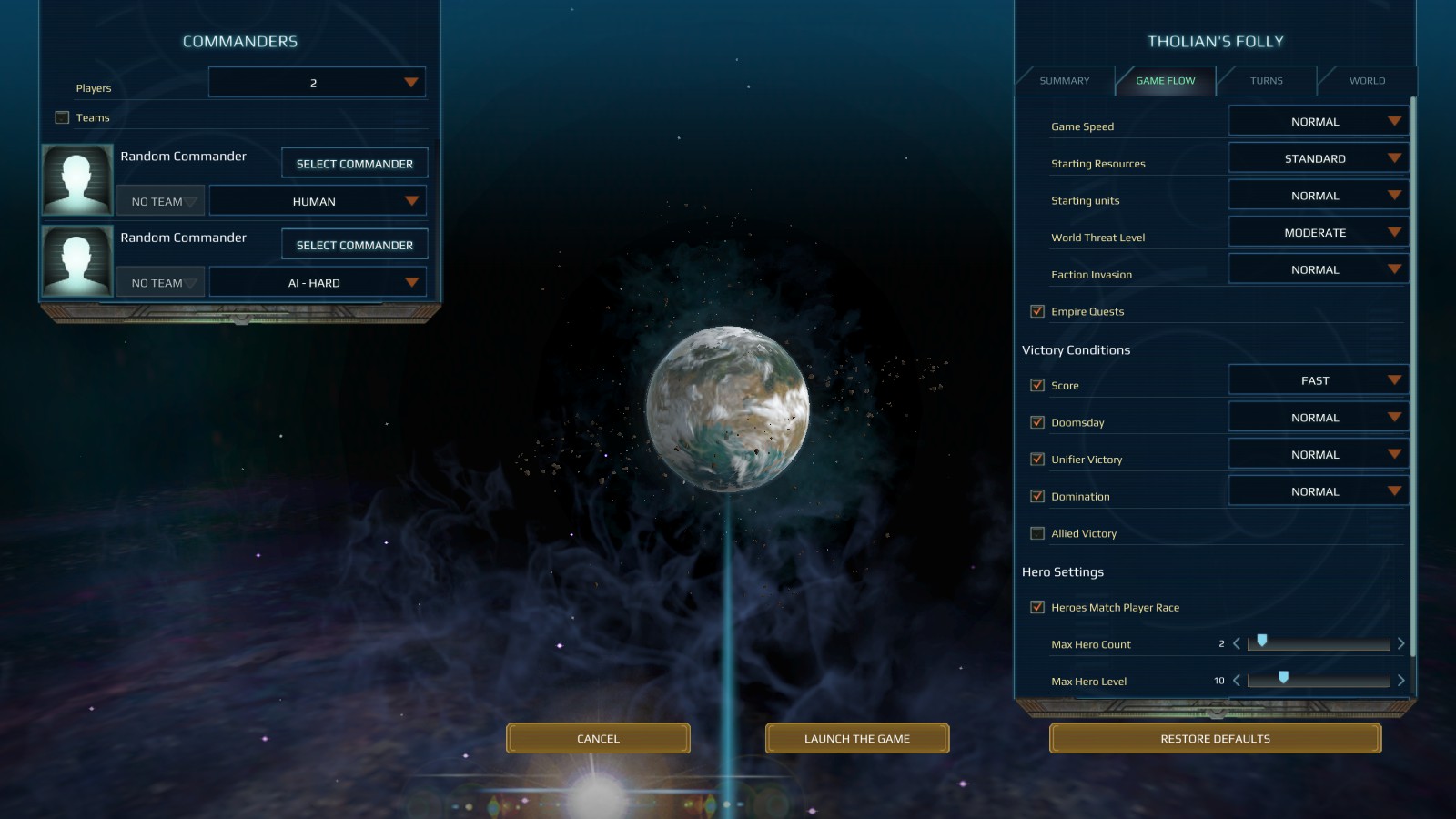 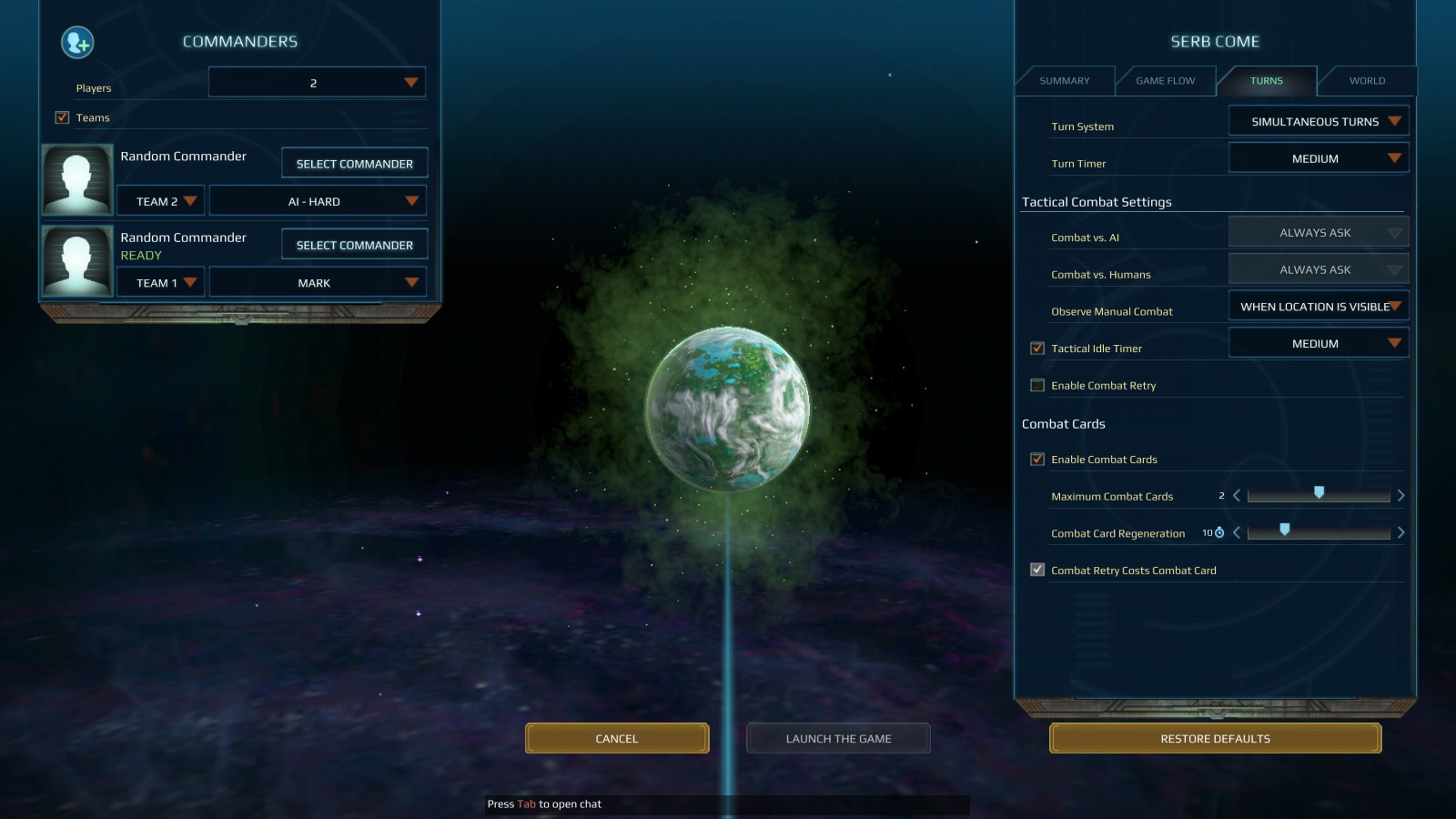 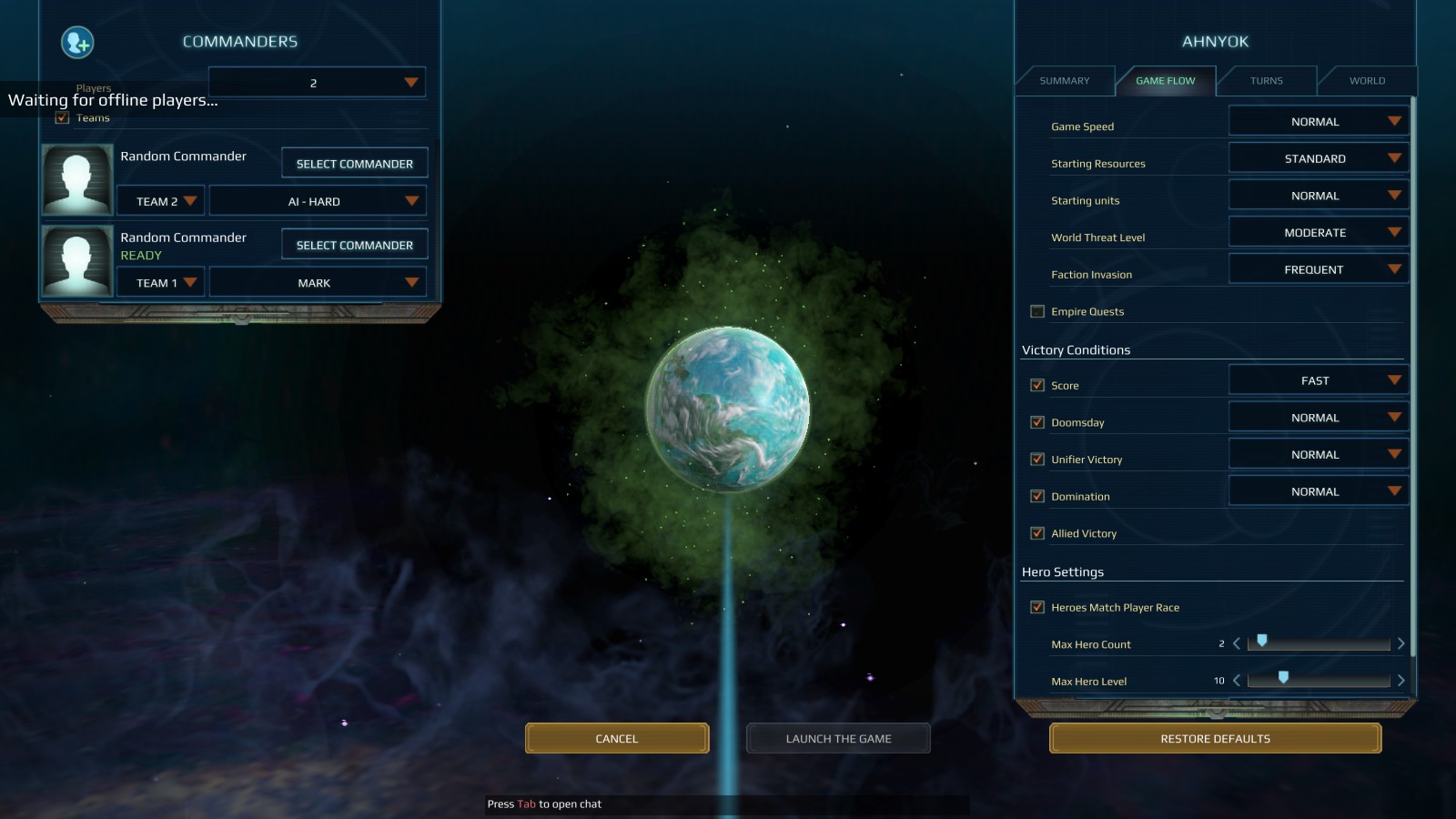 Rules
1. One round cannot exceed 2 weeks. If neither of the players won 2 weeks after the start of the round, then one should surrender and take a screenshot of the score and provide it to the judges.
Based on the score, the judges can decide that it is a draw and decide a replay the game with a shorter deadline (for instance 2 weeks), an extension or another solution (including awarding victory to one team), based on the circumstances of the match and the tournament.
In case of score victory, judges may require the “new turn notification” logs to all players to determine if they delayed the game by repeatedly breaking rule 3. A malus (e.g. -10% or more) might then be applied to the score of the rule-breaking teams.

2. The settings described in the “In-Game settings” above are to be considered the default. If all the players involved in a game agree, they can arrange settings that differ from default settings in order to improve balance (e.g. if some exploit or imbalance has been discovered during the tournament but has not yet been dealt with the usual balance mod). Judges can oppose the settings change.
The player hosting the game is automatically and randomly chosen by the Battlefield website. If for any reason (e.g. no DLC), the designated host team cannot host the game, then the other team does. The host should start on slot #2. The host must take screenshots, preferably in windowed mode (showing the date and hour when the screenshots were taken), of the settings and post them publicly (so that his opponent and the judges can access them) before the match starts.
No game restart due to bad starting conditions will be allowed except if one player is totally blocked (e.g. by Lava or Cavern Walls).

3. If one player temporarily cannot play in the week of the round (e.g. because of holidays, or personal issues),
and warn the opponent reasonably in advance, then the player will lost the game, when a reserve date can not be found.

4. if the game is crashing, the game is to relaod between 10 min, or the player will lost game who will not appear.

5. When the match can not played, a third player have to host the game.

6. In the event of a crash (from your PC or from AoW PF), reloads are allowed BUT the player who crashed needs to take appropriate screenshots, pictures or videos (with a mobile phone for instance) and sends them to the judges. The player who crashed must not re-enter the game after the crash, he must wait for feedback from the judges allowing the game to continue. The turn timer must be turned off by the host while waiting for judges’ feedback (see rule 8). Reloads should be counted by all players and reported to the judges. If no proof of a justified crash or in case of repeated reloading (during one match or during the tournament as a whole), the judges have full power to disqualify the player.


8. The Final Matches must be recorded and will be announced in the the-battlefield.com server.

9. Banter and taunting is allowed, rudeness, swearing and racial (or other prejudicial) language is not. Repeatedly trolling will lead to forfeiting the match.

10. The decision of the Judges is to be respected. When the rules are imprecise or do not cover a case, Judges have flexibility to take the most appropriate decisions. Players arguing with judges inappropriately get a total of 3 notifications before being disqualified from the tournament entirely. Judges may disqualify a player without notifications if their behaviour is deemed to be completely out of order (e.g. racism).

11. When awaiting judges’ decision (as soon as his opponent requests arbitration), the game must be hold and can not continue.

12. Players must play with the latest official version of the game (no beta). If the official version is updated during the tournament, players must update to it as soon as it is released both on GoG and Steam (and turn timer must be removed while waiting for the GoG release).

13. If you feel one of the rules had been broken, but you carry on playing without reporting to the judges, then you have no recourse.

14. Players should not voluntarily exploits bug or weaknesses in the game. Players should report any bug or exploit to judges or on the official forum when they discover them. Judges can decide to ban players using exploits from the tournament.

2. The players should both send necessary files to the judges (screenshots, videos, by email or any other means;

3. The arbitration will be taken at the majority of the 3 judges and the decision taken is definitive. If one player refuses it, he is disqualified.