Jump to latest Follow Reply
Menu
Install the app
You are using an out of date browser. It may not display this or other websites correctly.
You should upgrade or use an alternative browser.
Crusader Kings III 11757 MP Open Beta Feedback 21 Bug Report 7064 Tech Support 862 Multiplayer 93 User Mods 1069 After Action Reports (AAR) 161 Suggestions 2974
Show only dev responses

We have been working hard to ensure you have the best gaming experience possible! As such, we now have Patch 1.1.2 close on the heels of our latest Monster Big Patch™ complete with Patch Notes to follow.

In addition to this Patch, we have also fixed the issues regarding the Mother of us All achievement on Steam! Make sure you restart your game to take advantage of these fixes!

This Patch will affect all available platforms but may take slightly longer for Paradox Plaza users.


###################
# Bugfixes
###################
- Fixed male/female dominated doctrine blocking all claims for the other sex, rather than just implicit claims. The behavior should now be identical to how it was previously.
- Fixed various display issues in the Russian localization
- Fixed tyranny being gained from rightful revocations when you had a claim on the title in question
- Independence Faction wars no longer require the defender to occupy the entire domain of the rebelling vassals to stop ticking warscore
- Reinstated Central Germanic and West Slavic name lists that had accidentally been removed
Reactions:

Thanks for the prompt fix, it's much appreciated.
Reactions:

Note: whilst the West Slavic name lists are looking better (hopefully they're all localized...), the Franconian name set fix from 1.1 has been reverted, and they've now been given Old Frankish names again.

Short summary of your issue Franconian culture has the ancient Frankish name list Game Version 1.03 What OS are you playing on? Windows What platform are you using? Steam Do you have mods enabled? No Have you tried verifying your...

That was quick! Time to another campaign!

Great stuff! Well done for getting this hotfix out so quickly.
Reactions:

When it comes to quality of life improvements, I am wondering if you are considering to make arresting multiple people simultaneously possible? It gets pretty annoying when you have like 15 criminals in your realm and you want to put all of them in jail.
Reactions:

Thanks for the update
M

Much credit to the devs for a rapid fix.

This is very much appreciated!!
Reactions:
G

So you can still do the same thing as before the patch, I guess with added risk and quirk involved (if you can't get a heir that fit both laws) which is makes it not as broken as before. But it's still a cheap way to keep major titles away from getting partitioned before you get access to High Partition/House Seniority. But if the dev think that it is intended by design and is good enough to historically represent what happened in the past then ok I guess.
Last edited: Oct 1, 2020
Reactions:

Yay, that's all the major issues that I wished to have fixed, lovely.
Reactions:

Is it going to work fine with existing saves?
Reactions:

That's a good quote, thanks Johan
A

Cool. I didn't understand what was the bug with female, but so it can only be better for my current game .

(as for armies... still waiting for templates, auto-dividing and so much more... i'm bored to do the same raise/wait/divide by 8/move/siege&attack/disband for each war).
Reactions:

This seems to be true for single-letter names in other locs too. The realm of Ü fell on its head n_n 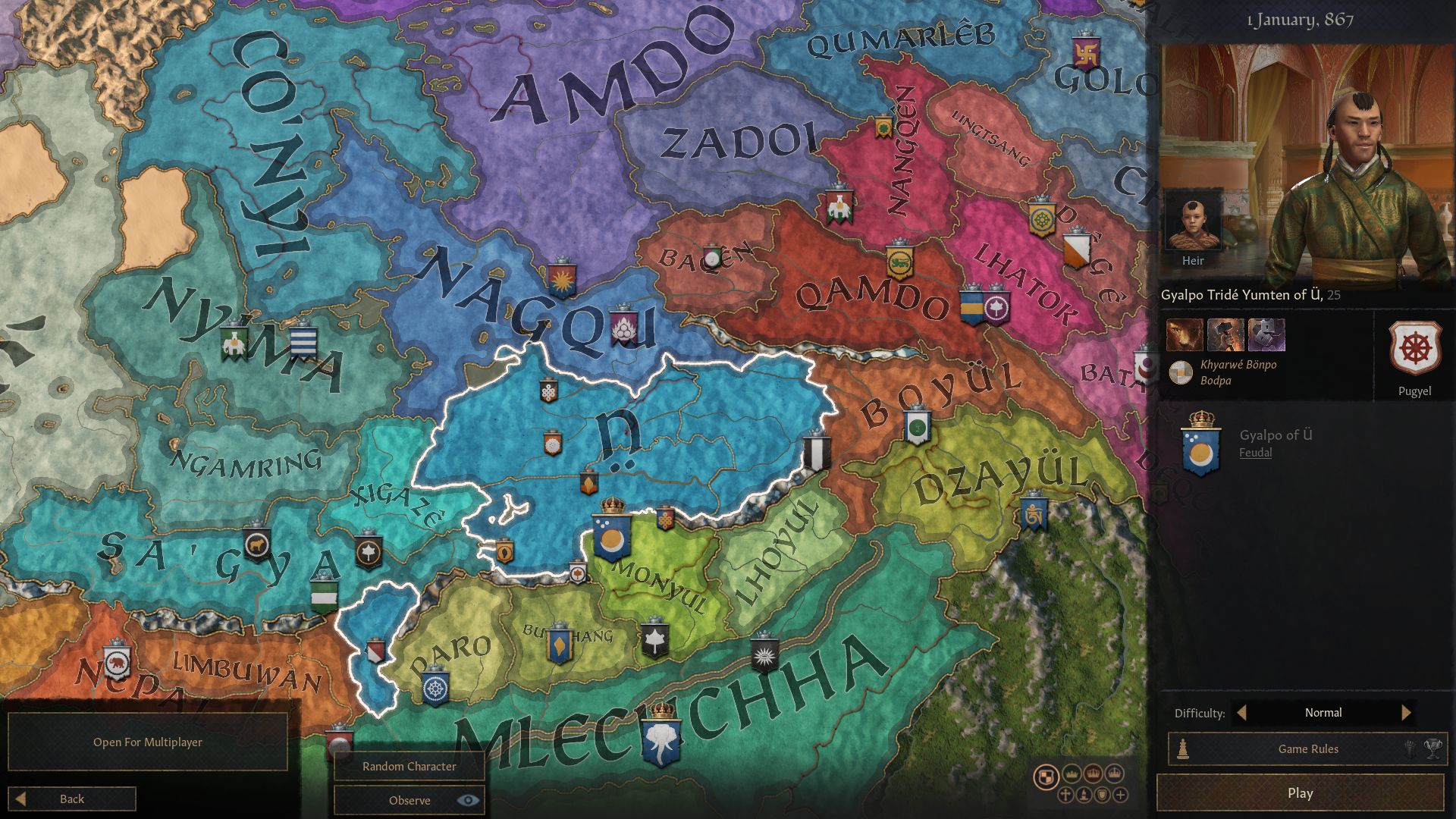