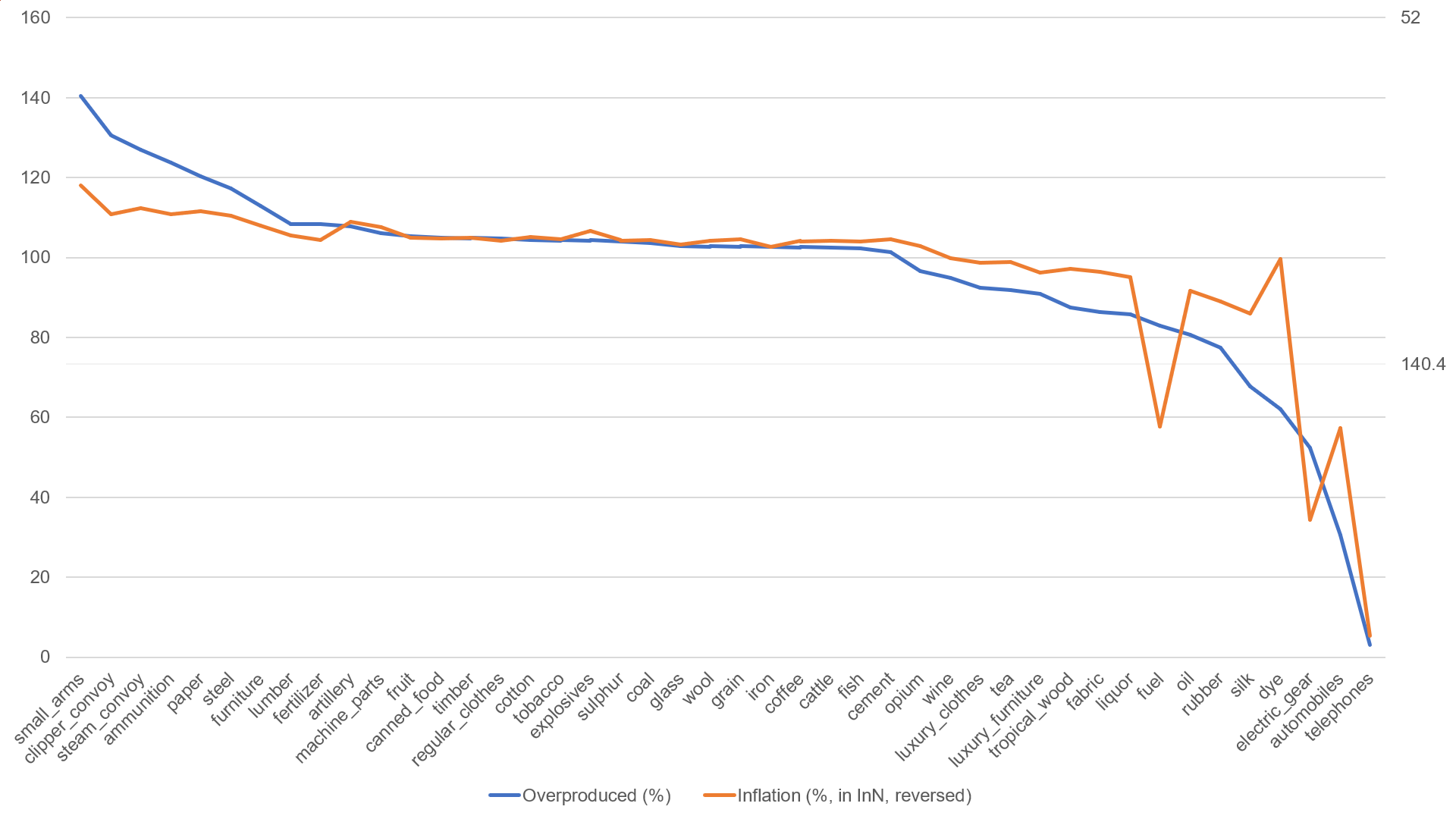 typed a lot but it won't submit, so be it
A

Yep, prices are capped at 0.22 - 5.0 times of the base price but that's not the problem. The prices are simply floating too slow to reflect the sharp change in demand. And as I'm observing, the devs seemed to have introduced "market failure" mechanism where goods price goes up for about a week despite a low demand, which would worsen the situation.

I suspect that a significant share of the blame is that the AI seems to prioritize building (or expanding) factories for whatever good is losing money, rather than making a profit. How many failing and already failed factories does it take before the AI decides that building ANOTHER of the same thing isn't a good idea? Answer is, sadly, as many as it has regions to put them in, only because it can't build another of the same type in the same region as an existing factory.
Reactions:
Show hidden low quality content
You must log in or register to reply here.
Share:
Facebook Twitter Reddit Pinterest Tumblr WhatsApp Email Link
Top Bottom