I like to take my time playing Europa Universalis, and prefer focusing on my economy rather than constant wars. Recently I’ve been thinking a lot more of the use of ducats and monarch points, and this is the result of that. How I turned this: 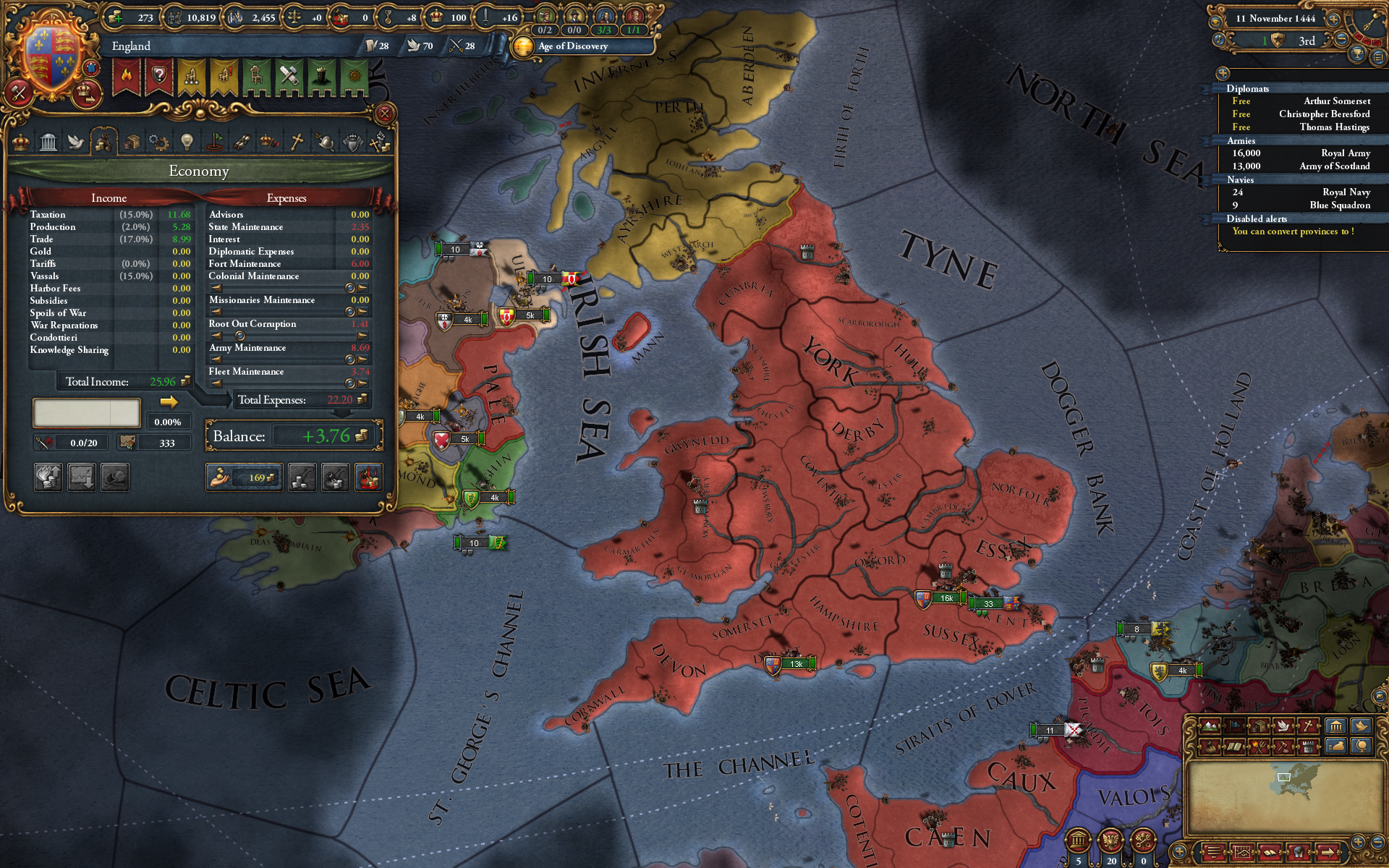 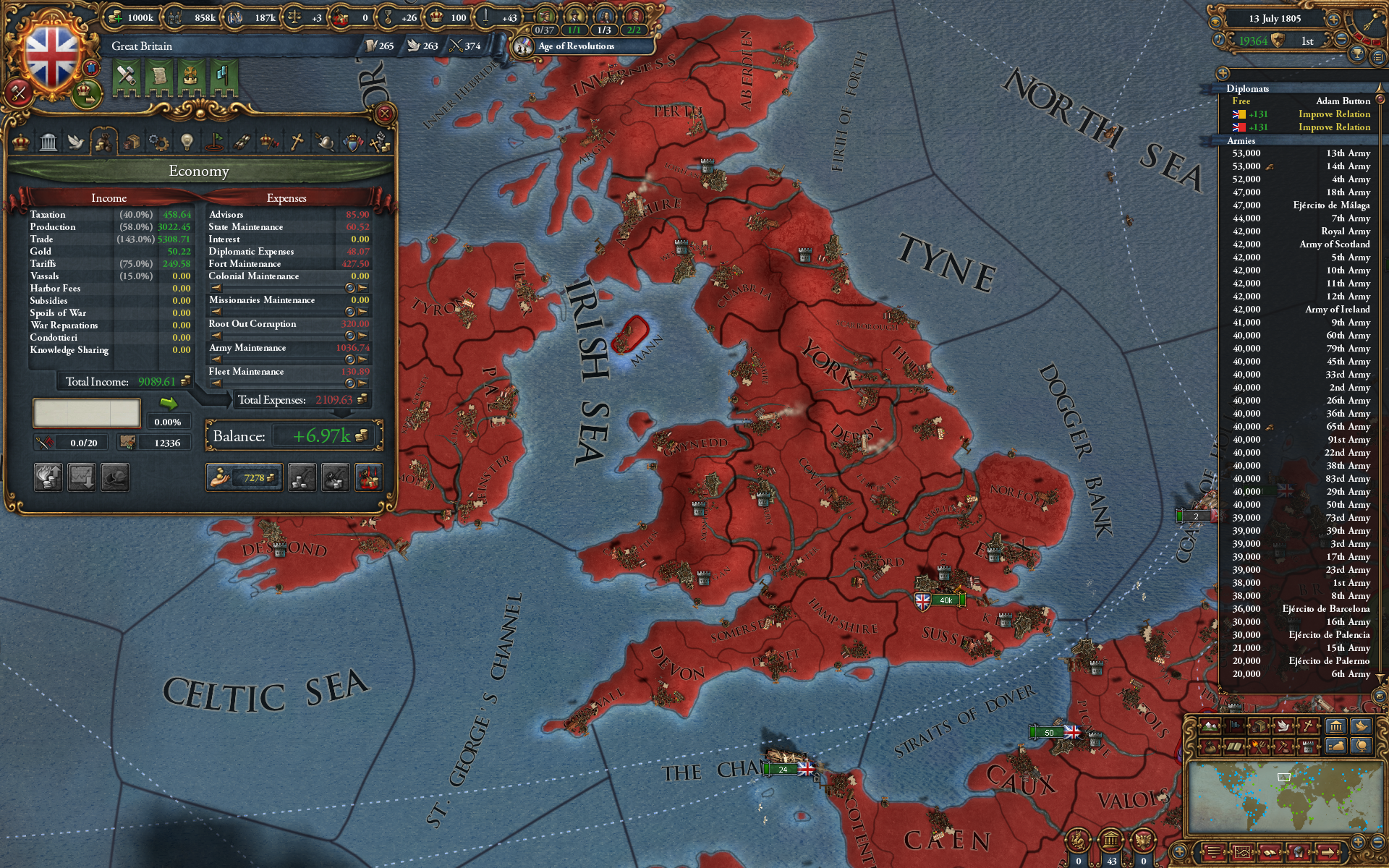 The game started as any other English game by conquering Ireland and Scotland, and rounding out the 1400s by forcing France into a PU. 1500 – 1700 was mostly spent colonizing and conquering Africa. In the early 1700s I enforced PUs on Spain and Russia, and got a bonus PU on Circassia. After that I focused on India and China (Mingplosion had already happened).

The breakdown is as follows:
I abandoned expansion ideas to make room for humanist ideas, which added about 2000 points.


I never liked to use DIP points to pay for peace deals, but it turns out it’s only 10% of the total. Expelling minorities definitely doesn’t feel worth doing, except in very niche situations. Subject integration is a bit off due to temporary modifiers.


I normally use more points to harsh treament to increase absolutism, but I was capped at 70. I forgot to write down the cost of a few early parliamentary debates, but the amount was insignificant.

Along with conquests and subject integration, I also developed a fair bit myself, in total 30 747 points:

Besides the early game I typically teched up as soon as the ahead of time penalty went away. This is where most of my developing happened, while waiting for the penalty to expire.

My tech order was Economic > Exploration > Expansion > Defensive > Humanist > Administrative > Offensive > Quality > Trade. I abandoned the expansion ideas at the end of the 1600s as almost everything had been colonized at that point, and I needed room for the Humanist ideas. 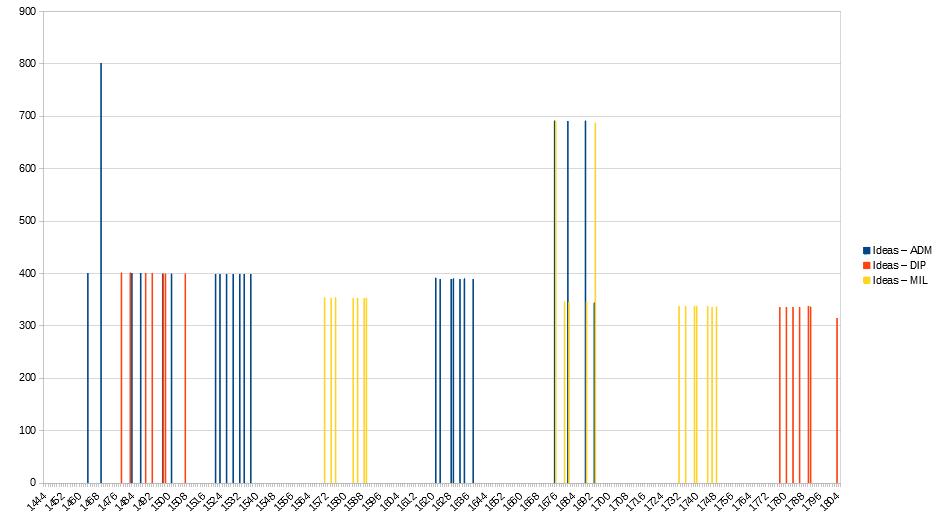 In terms of coring it's pretty easy to see that I barely did any conquest at all in the first 100 years, but sped things up towards the end. 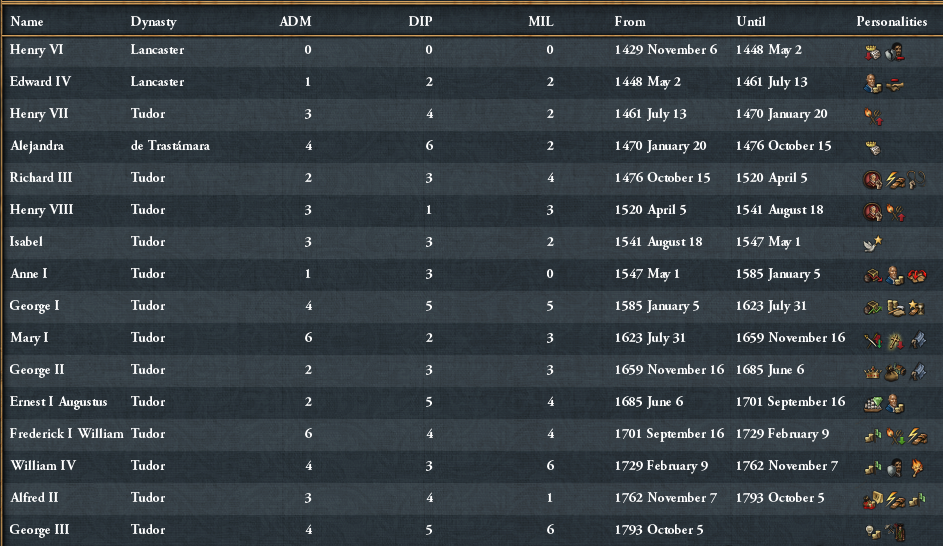 I upgraded to level 5 advisors in the middle of the campaign:

The advisors were really cheap at the end thanks to a 30% advisors discount (the Meritocratic Recruitment reform, the Jane Austen event and the fur trade bonus, all giving -10%).

In the past I’ve focused much more on the colonization of the Americas, but this campaign I only solidified the Thirteen Colonies and Newfoundland, and then went after Africa and South East Asia.

This resulted in Portugal and Spain going hard in the Americas, and I could essentially stop colonizing before the end of the 1600s, which allowed me to drop Expansion ideas. Afterwards I conquered Portugal and integrated Spain, getting their colonies for free.

I didn’t expect to see that buildings cost as much as they do, a total of 1 672 179 ducats, but that’s in part due to trade investments costing 515 000 ducats, which I have not played too much with

The total costs break down like this:
I was running out of buildings to build in the 1700s, so I started to build courthouses, naval and force limit buildings to burn money. 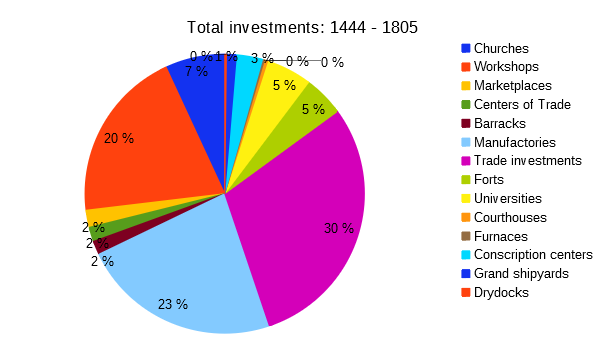 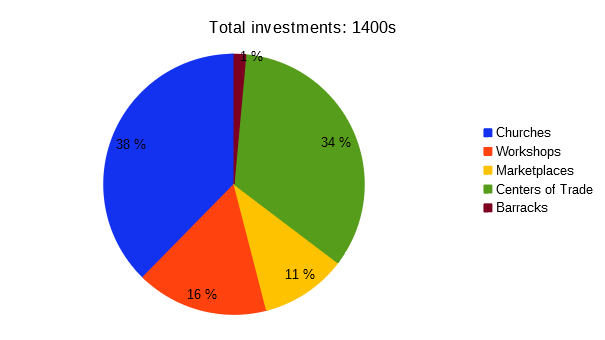 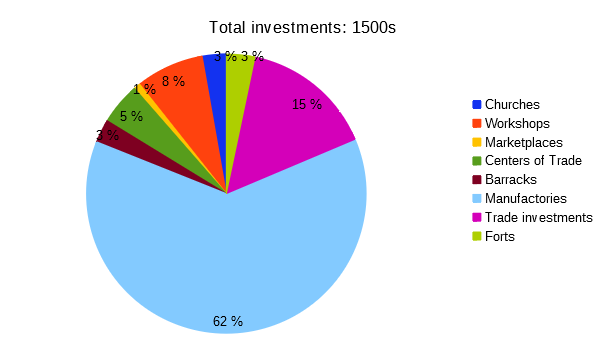 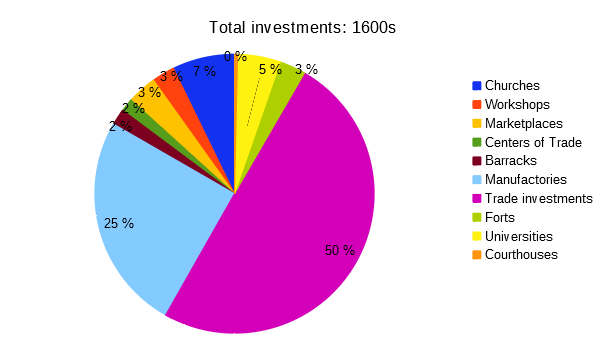 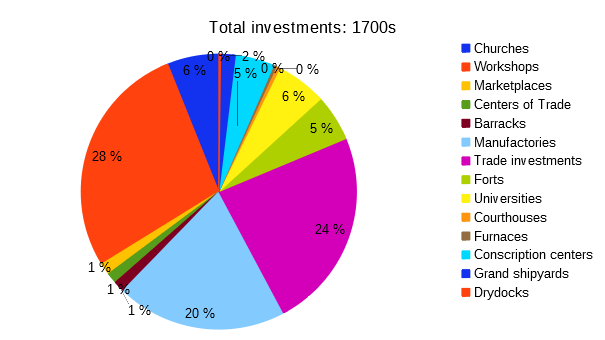 This is how the military expanded over time, mostly to avoid the time penalties of transporting troops from Europe to Asia to Africa.

This is how the army distribution shifted over time: 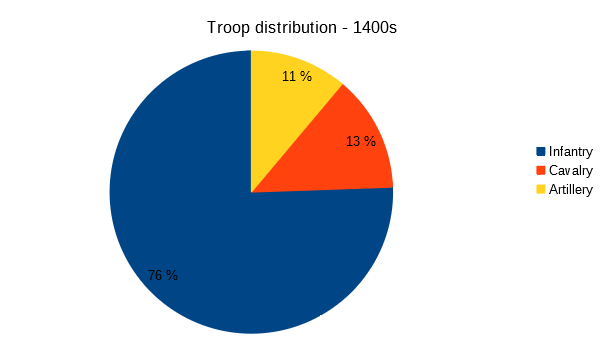 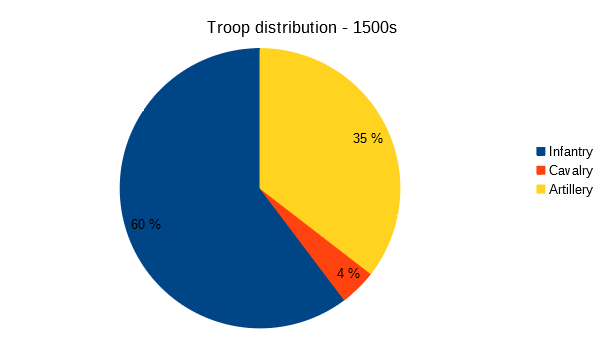 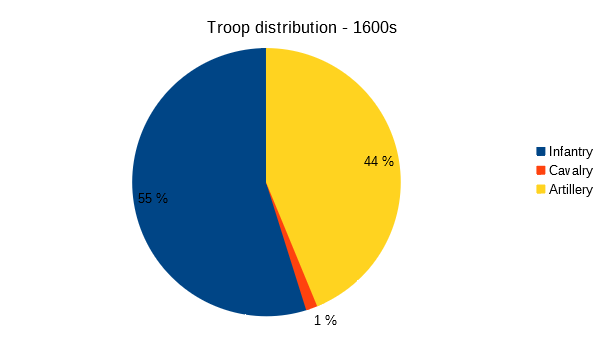 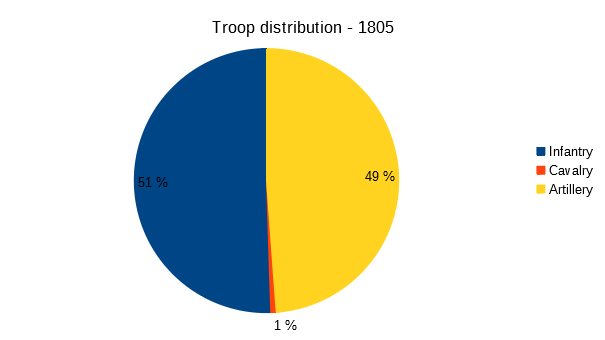 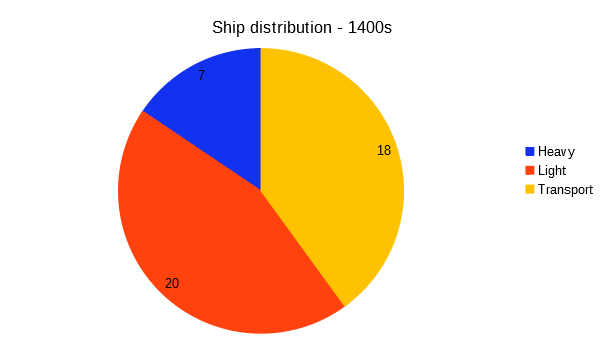 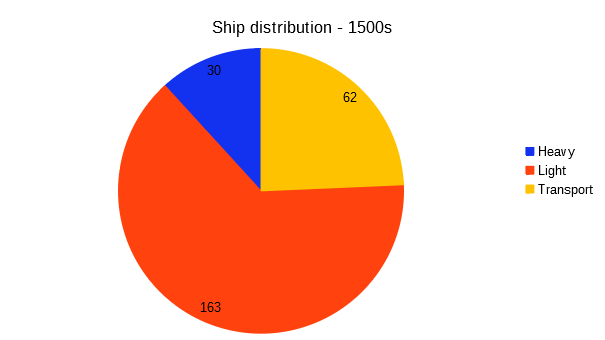 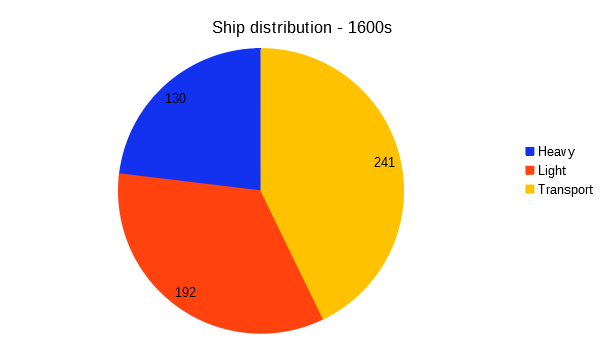 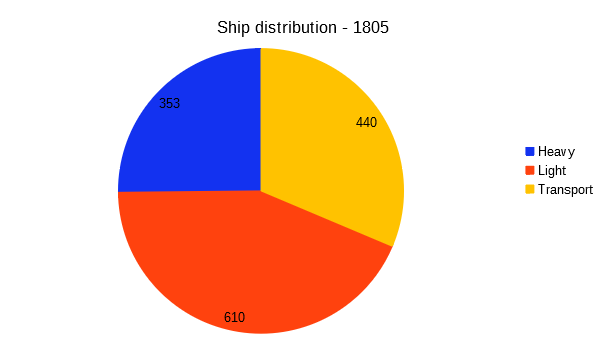 So what fueled all of this? The income of course:

I see a lot of talk about stability, and how it’s impossible to keep it high. As you can see here I’m keeping at +2 or +3 almost at all time, and all for the low cost of 1299 ADM points. The spikes high spikes in the early 1700s were to recover from -6 stab hits from forcing Spain, and then Russia and Circassia into PUs. And no, I didn’t constantly use the Angelician +stab interaction. In fact I only used it a couple of times, all after the 1700s.

And while we're at it, prestige is also often talked about, most big hits are due to placating subjects and disinheriting heirs:

The end of the campaign looks like this, including all the colonies, PUs over Russia and Circassia, as well as the march Kingdom of Naples:

If there's interest I might do another run focused on innovativeness to see how that would affect the end result. Now I’ll leave you with some wise words from an anonymous developer, maybe @Johan ?

Very nice. I'm curious why you build so many heavy ships in the later part of your campaign. Or did you just get them from integrating your subjects?
Expand signature
If you have problems running eu4, the launcher or none of your mods work, have a look at my guide on how to fix common startup problems in version 1.29 (on reddit)
H

grotaclas said:
Very nice. I'm curious why you build so many heavy ships in the later part of your campaign. Or did you just get them from integrating your subjects?
Click to expand...

Portugal had some annoying fleets around until around 1700, but after that I think I mostly built them to merge with transports fleets, just in case.
Expand signature
Quality of Life wishlist for EU IV

I had a request for a more detailed view of the economy, so here are some more graphs: 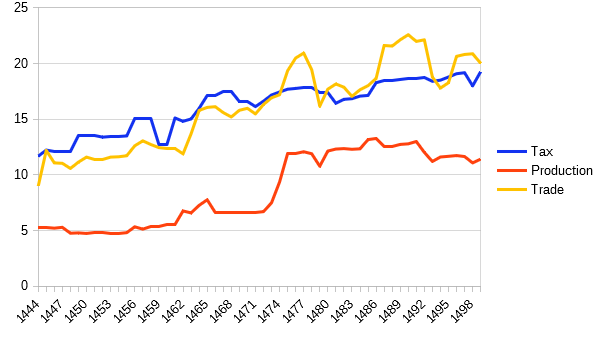 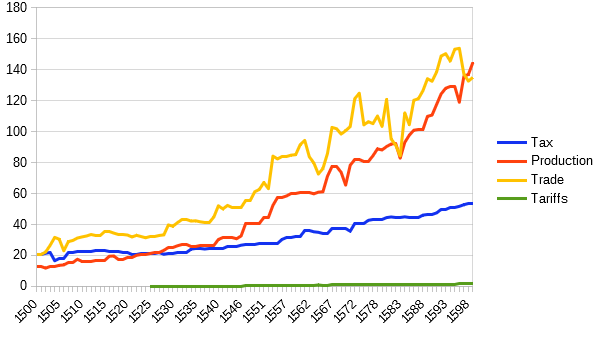 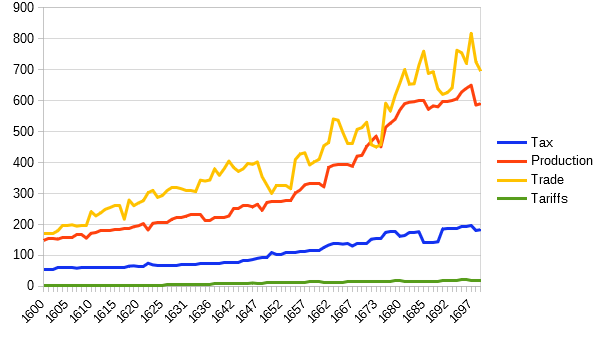 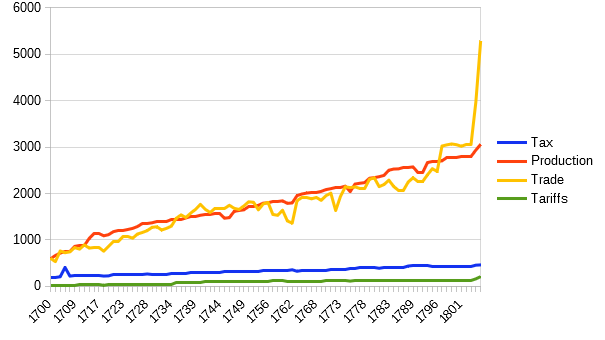 Very nice, informative, detailed - very detailed - but above all clear breakdown of your game.

Also I hope you have a fortunate and wholesome New Year.
Expand signature
To view is human, to comment is divine.
"Be not afraid" - John Paul II
"The Christian way has not been tried and found wanting, it has been found to be hard and left untried" - GK Chesterton.
Current AAR: The Thorn of the Rose HoI4 The Future of the Red Lion Stellaris (on hold) Journal of the Silver Daggers Battletech
Completed AAR: In Memory of France EU2 Pax Humanitas Stellaris 1.4.1 A VictoriAARn Education Victoria II 3.2
The Great Trial Stellaris 1.9.1A Game for Lisan: Belgium EU4 1.25 Account of RCAF Bomber Command HoI4
Other AAR: Entering the First Court - Kanem Bornu EU4 1.22
View my full AAR list at The Inkwell Red Special Cookie ●
This line is necessary since the forum re-work to enable the links in the last line to be used.
H

stnylan said:
Very nice, informative, detailed - very detailed - but above all clear breakdown of your game.

Also I hope you have a fortunate and wholesome New Year.
Click to expand...

Thanks a lot, and a happy new year to you too!
Expand signature
Quality of Life wishlist for EU IV