This thread is intended as a helpful tool to notify you that a new game is
about to start. GM's can post here that the sign-in period for their game is
open. This way players will only have to subscribe to this thread and don't
have to keep track of games that are already going on.

Now that you know the intention of this thread there is only one thing
needed for it to work: Only announce new games in this thread! That
means no commenting on themes, subscribing to games, announcing the
closing of a game or any other kind of posting. When you see "New WW-
game is up!" appear in your user cp it should always mean that a new game
is about to start. To avoid confusion, the announcement should be made by
the GM. This is also good courtesy, since most GM's put a lot of effort in
setting up a game and they should be able to decide how they want to
advertise it. If a GM does not advertise his game of course someone else can
do this, but do give the GM a proper chance to post by waiting at least an
hour.

Hopefully this will make joining games easier for a lot of people.

Paradoxical Horrors II:
When Good Werewolves Go Bad!​
Toggle signature
I don't know how you get away with it sometimes. -Aedan
Attack is the best offense, after all. -Wagonlitz
Darn it EUROO7. -Captain Grimlock
Euro is sus -Marshall Marshmallow

There is a new game!

It will be filled with vampires, werewolfs and other evilness. There will be backstabbing, trickery and deception. Intresting roles, surprising twist and the most brilliant set-up since the last game I hosted. And did I mention there will be cake?

*its a bring your own party. So don't rescue mine!
Toggle signature
Does Might Make Right? No.
Does Right Need Might? Yes.

I hope you all will enjoy the sun, beaches and festivities that take place in our wonderful city.


You are all a part of Batalhão de Operações Policiais Especiais, or BOPE. BOPE is the most elite unit in the Military Police of the state of Rio de Janeiro. You are the only police that dare enter the favelas and clean up when crime gets out of hand. Currently serving with 400 soldiers BOPE is the most deadly military force in Latin America with average 200 criminals killed per year. You use equipment that traditional law enforcement only can dream of.

You will do missions into the favelas and can only hope to come out of there alive. What makes it especially dangerous is that four of your peers are corrupt and will try to damage the work you do. You need to get rid of this scum within BOPE. To help you with this you got one good captain named Nascimento that will go out of his way every day to find out the identity of the corrupt scum among you.

Don't be a sheep. Join the fun!​
Toggle signature

Tie! Tie For the Tie Gods!
The Lemeards
WW Lite, with TIE: Re?~Return of WW Lite! In Canada!

http://forum.paradoxplaza.com/forum/showthread.php?t=398651
Toggle signature
Arsenal of Democracy - What HoI2 should have been, and now is.

Dear Hunters of the World:


You are hereby presented with an invitation to join me, General Zaroff, in my
private caribbean estate: Ship Trap Island, where we will be hunting the
most dangerous game. You have received this invitation because of your
renowned talent in the art of the hunt. I would not have graced you with a
chance to hunt by my side otherwise.

Toggle signature
I don't know how you get away with it sometimes. -Aedan
Attack is the best offense, after all. -Wagonlitz
Darn it EUROO7. -Captain Grimlock
Euro is sus -Marshall Marshmallow

Bad title, worse GM... see if you can stand to play the game for longer than 2 minutes, let alone win the game!

"It's like playing WW on that really frustrating and annoying difficulty games have where you have to restart the same level 50 times before you finally manage to do it right!" -the guy we paid to advertise this

The Setting:​
In a remote US missile base in southern Montana……..
​
Welcome, gentlemen. As you all know, my name is Major General Humancalculator, this missile bases commander. Yesterday, them Russkie bastards launched a sneak attack on the US with nucleeear weapons. Before we could launch a counter-missile strike, all of our missile bases were destroyed by nucleeear sabotage except for this one. Them Russkies didn’t know about this base, as it was constructed 2 months ago and is state-of-the-art with top-of-the-line security systems. We are still operational, and as they nuked our proud country, and we need to make them pay for it.

Unfortunately, since this base is so new, our back-up power reactor is not yet operational. Them nucleeear attacks destroyed the power grid. We need the power from the back-up reactor to program the missile launch computers. It was going to be installed next week, so we have all of the necessary materials and manuals to put it together. Unfortunately, without the proper technicians and personnel to put it together, it will take longer than the normal amount of time. We expect it to be operational within 4-8 days, but maybe longer if certain circumstances get in the way. In the meantime, we encourage all personnel at this base to be on the look-out for Russian NKVD agents, who may have infiltrated the base. That is all for now. Good luck gentlemen, and lets make them Russkies pay for this………..​

Werewolf LXV
The Werewolf Within​

When you feel safe in the darkness
When you travel through the night
When you sleep in the shadows
When you rest in obscurity
When all around you is certain
The beast within
Is ready to strike.

The Madness Begins Now​
Toggle signature
I don't know how you get away with it sometimes. -Aedan
Attack is the best offense, after all. -Wagonlitz
Darn it EUROO7. -Captain Grimlock
Euro is sus -Marshall Marshmallow


When the Vikings where out

Setting
You are all part of a merry band of settlers. You all met each other on this voyage to find a new home as you were travelling you picked up new members to this band not caring for whom they were or what they had done. After traveling a bit on land without finding a suitable place to start a settlement you decide build a boat a travel along the coast until you find a nice island. After awhile you arrive at Karmøy in Boknafjorden. Here you settle down and found Scuteneshavn. After you have settled down, you all democratically decided upon who should be the High Elder. But some of you did not like this. They want to control of the village and valuables for themselves. They are the Varg veums (outlawed people because of crime committed in a holy place). After the warriors in the village set sail towards Lindesfarne to plunder the Varg veums started the killing. Find them, hang them or they will take control of Scuteneshavn.
Join here!!​
Toggle signature
I hate timezones

THE SETTING​
It all started when you read that little ad on internet "Holiday in Småland - new resort to open May 10th". Normally that wouldn't have intrerested you but...

...unfortunately your parents dropped in as you were sitting at your computer, saw the ad, got excited and before you knew it you were in the car with the caravan on trail heading for another dead dull holiday.

...the stock market being as it is and your shrink said you really should get away and relax so why not in a backwater somewhere?

...being a biologist and hearing that tracks from a previous undiscovered mammal had been seen in rural Sweden of all places, you just had to go!

...being a big game hunter and hearing about a new species you just had to be the first to bring one down.

...didn't grandad Gustaf say his parents came to America from that particular village? Time to seek your roots!

...being a militant vegan and hearing about hunters and "scientists" hunting for one of God's furry little friend you just had to get there first.

...there was a sale on flights to Sweden and this resort was the cheapest place to stay.

...with the opening of the Russian market for timber to Western investments, surely there would be business opertunities in Smolensk for a man like you?

...when you heard Johan usually spend his holidays around here, you just had to go so you could tell him about your ideas for Vicky2.

Everything is well in sunny California. Then the killing starts. A wealthy land
owner is found death. His family and servants slaughtered. One little girl
manages to escape this gruesome faith and tells a frightening tale of death
and destruction. Of the hacienda only a smoking ruin remains. The governers
soldiers are baffled, who could do such a thing and why. The people of
California know better than to trust in the army to solve this matter. They
cry out for one man and one man alone to save them: Zorro.

The Dollhouse is a very secret, and very illegal, place where wishes come true. Clients with the right connections and enough money can hire "Actives", people who have been programmed to perfectly fulfill the needs, and desires of their clients. The Actives are people who have chosen, for their own reasons, to surrender their bodies and minds for a five-year stay in the Dollhouse. Now they can be imprinted with any personality, skill, or even muscle memory. They can be the perfect companion, lover, spy, assassin; and when the job is done they forget everything. 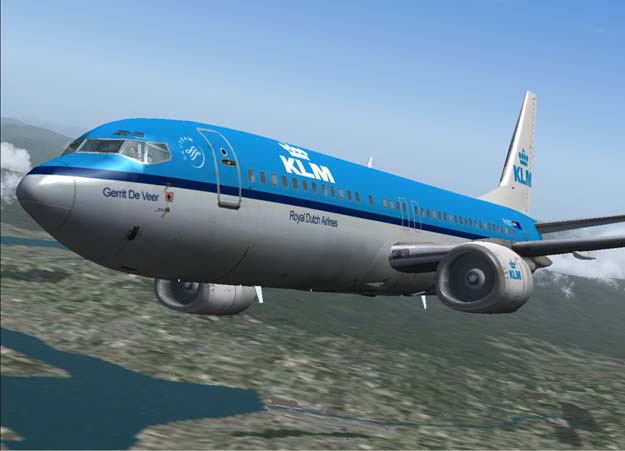 After defeating the werewolves in the swedish countryside, the tourists are longing to return to their own safe homes again. They book a flight to Amsterdam from which each of them will go their own seperate ways.

The last night in the cottage is spend in silence, and everyone goes to bed early. The next day, suitcases are packed, a cab is ordered, and the driver brings them to the airport. The driver can't remember having seen a holiday group as silent as this one, but as he likes the silence himself while driving, it doesn't bother him the slightest.

After a 2-hour drive, they arrive at the airport. The cab drops them off before the terminal, and drives off to his next customers. The group easily finds the check-in counter. There are already other passengers checking in for their flight, and they wait in line. When it is their turn, they check in their luggage and get their boarding passes. Gate 13. Slightly put-off by this stroke of unluck, the members of the group look at each other, but decide there is nothing to do about it anyway. They quickly go through the security-check. At least no problems there, so not all is bad today. Not really in the mood for some shopping, the tourists go straight to the gate, where the plane already stands.