Mod: We Must Endure

Jump to latest Follow Reply
Menu
Install the app
You are using an out of date browser. It may not display this or other websites correctly.
You should upgrade or use an alternative browser.
Age of Wonders: Planetfall 1626 Bug reports 1628 Suggestions 536 User Mods 93 AoW: Planetfall: News and Updates Archive 41 Multiplayer 54

UPDATES
27/09/21
Reduce the radial range of spreading wavering on death, from 5 to 2

16/9/21
Shakarn Infiltrators now get their stats reset after battle , this stops the infinite loop people are experiencing, roll it back a few turn if not a new game is in order. Cheers

This Mod aims to give an overlay of improvements. This doesn't touch individual units but adds more depths to requisites that units use but were empty. The system is overwelming at first but it is designed to make it more engaging and fun. More details to come
Summary: Advance Combat and Tactics, Combat Stress, and new Threats (Coming Soon)


The new Combat System
The purpose of this mod make combat feel more brutal, realistic and with a flavour of unpredictability. It doesn't change the balance but it makes it feel less linear.
The Combat system takes inspiration froma games like X-Com, Close Combat, Darkest Dungeon and Total Warhammer

The bug is fixed but made the tough call to try and keep all the fun things in, but this is whats been dropped
- Core, Skirmisher, Support, Infantry and so on reqs have been removed.
- Underfire system - no more pinned down
- Recuperate, meh

And thats pretty much it
Cheers


Up next
Alot more stuff and in no particular order
- Trait and veteran system
- Tidy up this text file
- Potentially adding in a completely hostile factions and events, no more holding hands with everyone. If this gets done the aliens are going to be tough.
- Vanilla Mauraders getting a boss in thier base. Things like Hopper camps will spawn a boss like a mamma hopper all this stuff is much later.
- I think i can add an in ranking system like if a unit gets hit 100 times it can gain a *Purple Heart or something
-I am going to turn it into a type of gladiator fest. When you enter the arena you are no longer jack gerald explorer and so on. You are just a gladiator amoungst other gladiators and its a bloodfest
So when you enter yours and the enemy side spawn an additional random 8 fighters. They will be uncontrollable and they just have at it. Every 4 turns more gladiators enter the arena and its totally random you could get a piglet they could get a drone carrier and it ends when one side slaughtere the other
Ontop of that random hazards pop up like spike floors and buffs.
Thiers some fireworks that are jot used i might see if i can salvage them
I might just do a few psychos and add in those american football helms

Once all the core stuff is done its onto the big project. Adding two hostile factions (as in dwellings) Evil Growth the Rot/Creepers and the Cannibal Mutants. More details to come.
They will both be heavy protagonist aiming to slow down players and AI alike in domination: They will be tough and difficult to destroy with each faction having units 10-20 feet tall dominating the battlefield.
The Evil Growth can spread infetious spores like a virus that will have a domino effect to nearbye units with a flu mechanic. Large spores when destroyed will spew out more, when they kill an enemy instntly more spores will spawn. These growth can channel thier sickness and transfer it to enemies.
These Growth will spread thier hazardous terrain like weeds causing numerous effects on the strategic map. These Growth will have thier own insect like minions helping them spread thier tyranny.

And whats a post apocolypse without Cannibal Mutants, when eating a dead enemy it will feed nearbye allies causing them to frenzy, they will be more numerous, similar to the Hoppers in spawning extra units for every Butcher, Cook and Freak thier will be two more to come.

The main objective is to bring to life abandon early concepts 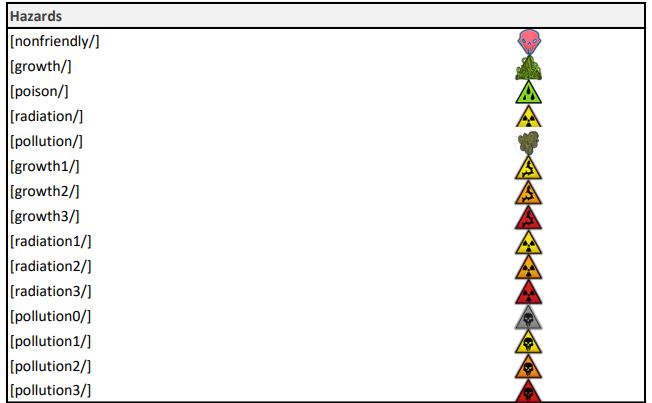 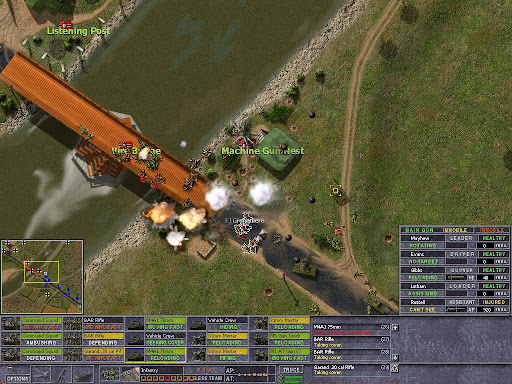 "The factors above meant that the game required realistic military tactics, such as careful placement of troops in cover, ambush, advancing under cover and using terrain or smoke-screens to cover advancing troops. Effective management, such as keeping teams near their officers, not sending green recruits on assaults and maintaining fire discipline so as not to run out of ammunition were also necessary for the player to prevail.

Players also have to make effective use of combined-arms tactics to be successful in Close Combat. Infantry assault require support from machine guns, tanks, and mortars, to suppress enemy fire. Armor units also require screening from infantry units. Although they possess superior firepower, tanks are vulnerable to ambushes from bazooka or panzerschreck units, especially in close quarters such as a town or forest, where the ambushing infantry can wait to have a shot at a tank's vulnerable flank or rear armor. Tanks are also vulnerable to fire from concealed anti-tank guns, or ambushing tanks, which may wait to fire until the enemy presents his flank or rear."