Jump to latest Follow Reply
Menu
Install the app
You are using an out of date browser. It may not display this or other websites correctly.
You should upgrade or use an alternative browser.
Stellaris 44050 Bug Reports 23889 Suggestions 13972 Tech Support 2283 Multiplayer 340 User Mods 4214 Stellaris AAR (After Action Reports) Console edition 1013

UPDATE: 2021-01-07:
New Civilisations is a Star Trek mod for Stellaris, presenting players with a large number of empires to choose to lead to dominance in a number of Star Trek settings. Formerly known as "Strange New Worlds", the project name was changed to avoid confusion with the new TV series in development.
New Civilisations is part of the Renegades Modding Group. 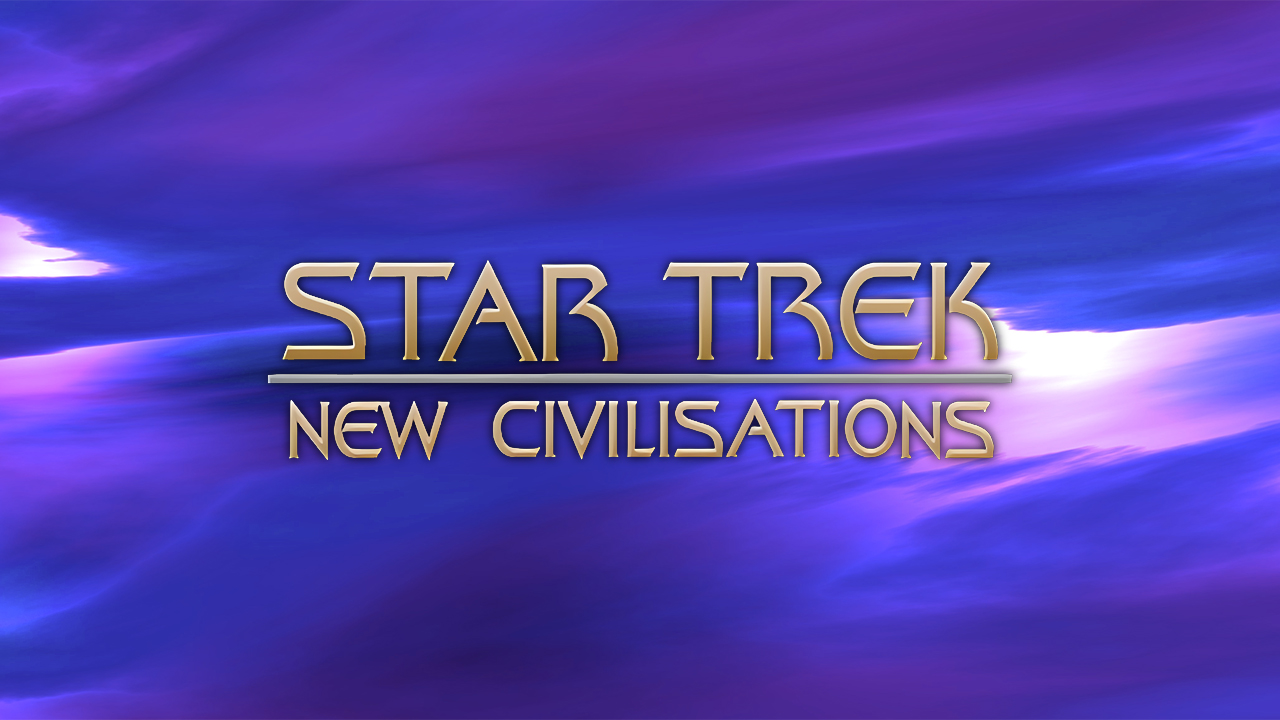 Description
New Civilisations is a Star Trek mod for Stellaris, presenting players with a large number of empires to choose to lead to dominance in a number of Star Trek settings. Formerly known as "Strange New Worlds", the project name was changed to avoid confusion with the new TV series in development.

Major Features
Ships:
Over 400 unique ship sizes and 1,000 ship sections across 50 graphical cultures. Classic designs from Starfleet, the Klingons, Dominion and others sit alongside full shipsets for races such as the Zahl, Ba'ul, Husnock, and many others.

Species:
Over 150 unique species with unique clothing options. From all the classic races such as the Romulans, Klingons, Cardassians and Borg, through to even the more obscure members of the Star Trek Galaxy, such as the Troyans, Paradans, Kzinti, Grazerites, Amaralans and more.

Events:
Many hundreds of events, anomalies, dig sites and crisis chains. Including:

Mechanics and Features:
Institutions and Agencies allowing for players to set policies and interact with parts of their empire. Including:

Exploration Clusters allow for exploration to continue into the late-game and beyond.

Improvements to the terraforming system, allowing players multiple methods of increasing or reducing heat, atmosphere etc. in order to make a planet more suitable for their needs.

Many new Megastructures added, including Subspace Relays, Fleet Yards and Trading Stations which allow for the purchase of ships, trade goods, relics and rumours and intelligence.

Technology, Economy and Empire Setup:
Revamped and optimised technology tree. Improvements in behind-the-scenes categorisation and structure enable a number of mechanics and systems that would otherwise be impossible.

Improved empire and government setup, allowing players to better customise their empires during gameplay, and removing many hyper-specific restrictions on civics, traits etc.

- Localisation: Large number of 'WIP' entries updated for planets.
- Localisation: Many techs have had their component unlocks simplified.
- Setup: Terraforming has updated! To terraform a world now, you must construct the appropriate terraforming facilities on a candidate planet. Larger planets require more facilities, and each facility has its own tech requirement. For example, Mars will require a Verteron Array to provide hydration, a Solar Mirror to provide heat and an Atmosphere Generation Facility to provide atmosphere. Feedback is desired!
- Setup: Various +n% bonus techs have had their weights adjusted. Only one tech per area should be shown (e.g. Sensor Cost and Sensor Output won't appear together), and techs flagged as 'low priority' will be half as likely to be drawn as options at the same time.
- Events: Fixed a CTD with old diplomatic missions.
- Events: Various Q Tips added.
- Graphics: Various fixes to planet/star icons.
- Setup: Fixed Romulan T'Dair and S'Tasek sections so that all weapons are now selectable.
Click to expand...