Jump to latest Follow Reply
Menu
Install the app
You are using an out of date browser. It may not display this or other websites correctly.
You should upgrade or use an alternative browser.
Crusader Kings II 69418 Bug Reports 19653 User Modifications 10447 Suggestions 5857 Tech Support 6309 After Action Reports
Threadmarks
Reader mode

Nachtkip said:
screenshots might be the older versions. They are reworking the mod so far I know off.
Click to expand...

Hello
First, thanks for those who took over and kept the mod alive !

I spend some time to see what changed (Celebrimbor gameplay starting in the 6000 to see peacefully how colonization works).

- It took about 160 years for my fist "county" (vanilla term) to get over 5000 pop and lose the "being colonized" tag.
Is it working as intended ? Seems awfully long. I could understand it to be very long for elves however.
Is it also that long for over races ? Seems so from what I saw with AI races.

The big problem however is that the game slows down a lot before that (much worse than in Stellaris). I wonder if it is not because of the calculation of the population in every county.
If so, wouldn't a timer be more efficient ? (the population number is quite realistic and immersive, I really like the idea, but the slowing down is game breaking IMO)

- The "bad dream" events kept poping again and again. I chose to remove it from the files to keep playing.

- minor thing : the "lonely mountain" building in Erebor is still there but the event to remove it was removed. That was part of the old colonization system to give more flavour to Erebor, but it no longer makes sense.

Keep it up guys
S

yea, should take ~100 years for the colony to complete, we have plans for more influencers in the future but we're bogged down with the history overhaul so can't focus on improving mechanics, unfortunately.
It's a yearly check, no idea why it'd cause a constant slowdown rather than during it's check.
A

I would rather think it is the calculation of every county's population number (and wether the "weat" event triggers or not) that causes the slowing down.
S

like I said, those calculations should only be done once a year.

Hi folks. Can I get the discord link? I haven't seen it here or ModDb.

From the FAQ it says: Are any DLCs required to run MEP?
It is highly recommended to have at least the Old Gods, Republic and the Legacy of Rome for the best experience.

I'm trying out the FtP CKII so I won't have any dlc. I suppose any of my issues won't be regarded in such a case, as in I shouldn't report anything?
Toggle signature
Website for Monarchy and Nobility, plus cool eagle videos with a camera on its' back:
Nobility and Analagous Traditions
Freedom Bird Conservation
Golden Eagle

"History is a crime." - Nikolai Berdyaev

"It would be utopian to want to influence the masses without resorting to the realm of myth, the irrational, and the passional, but that which constitutes myth and irrationality for them should be pure knowledge, truth, and reality for the others—for a strongly organized and cohesive elite." - Julius Evola
S

faq's not updated, we don't make use of any dlc events or mechanics, don't think we have any dlc governments either. Also seems more stable without dlcs enabled.
https://discord.gg/nXjFAR6 Here, there's also a link in every versions description and every article faik.
S

Great, I'm gonna try it out thanks.
Edit: Is there a changelog somewhere?

Changing council positions still not working. Waiting for the next release.
Toggle signature
"Machine intelligence is the last invention that humanity will ever need to make"
- Nick Bostrom

In vanilla, mind you, pressing said option means another popup window shows up where you do the actual changing process.

And this option is normally meant to avoid the opinion penalty and cooldown for firing/re-hiring councilors, in case you haven't much played the game at all.


P.s. Haven't tested the hotfix yet.
Toggle signature
"Machine intelligence is the last invention that humanity will ever need to make"
- Nick Bostrom

ck2 has problems with post 10k starts. outside that nothing.

Tried the latest version (with hotfix), councilor bug still there, so will wait for the next version instead.
Toggle signature
"Machine intelligence is the last invention that humanity will ever need to make"
- Nick Bostrom

Hello everyone, I'm a big fan of your work and also a former member of the original team who worked on Middle Earth Project.
I'm currently working on a province.bmp map of Middle Earth for Crusader Kings 3 and I'd like to start a LOTR project for the new incoming chapter. I know it is still a bit early, but I'd like to have a set up to work on when the game is finally out. So far, Lindon, Forochel and great portions of Arthedain and Gondor are done. Provinces are split into baronies, as seen in CK3 Dev Diaries, and I'm both taking notes and doing searches in order to have ready made infos for the history/titles modding.

If anybody's interested to join me, send me a PM 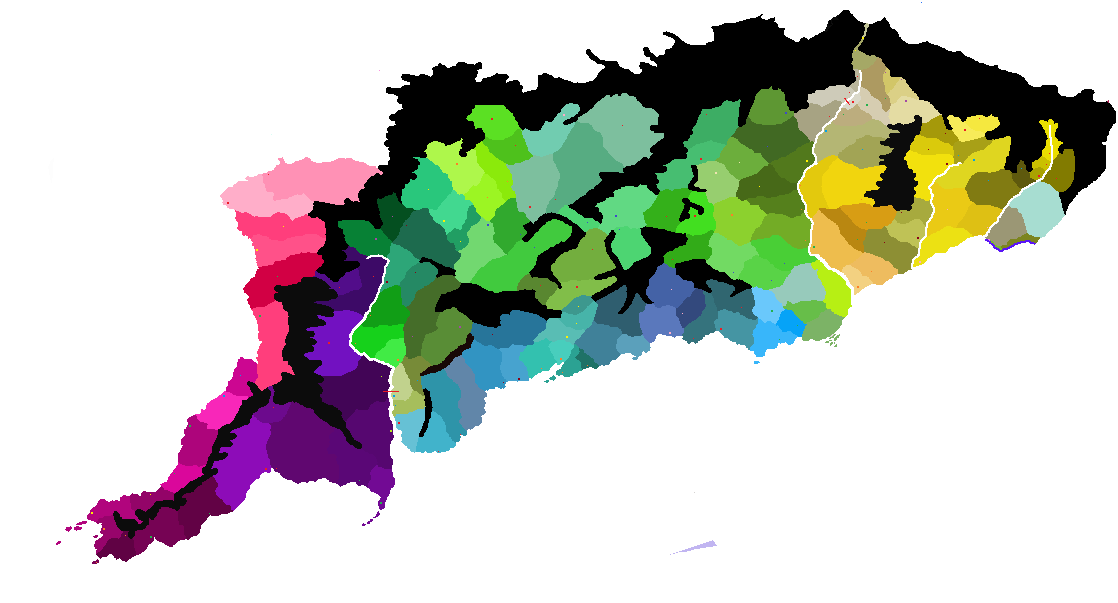 I suppose if you know the dev team and have worked on the project it isn't an issue....but I don't know if i've ever seen an outside dev come into a thread and actively try and recruit members of another team for a project.

Either way i'm sure you have everything worked out with Sinstar or whoever is runnning the Middle Earth project right now and that it isn't a big deal.

Industrious81 said:
I suppose if you know the dev team and have worked on the project it isn't an issue....but I don't know if i've ever seen an outside dev come into a thread and actively try and recruit members of another team for a project.

Either way i'm sure you have everything worked out with Sinstar or whoever is runnning the Middle Earth project right now and that it isn't a big deal.
Click to expand...

Where did i try to recruit the members of the current mep team? Lol

I've just asked if anybody of the topic readers were interested in joining a project like this in the future. If I wanted to recruit the current MEP team members, (and I don't want to, since I guess they already have a lot of work to do) I would have sent them a PM.

At the moment, CK3 forum doesn't even a subforum for modding and I think it's a little too early to open one tbh.

Furthermore, I don't see how a project that could come out in a couple of years for a different game could undermine the current MEP work.

However, if Sinstar wants me to delete the message, no problem

Is it stable to play the Fourth Era?