Jump to latest Follow Reply
Menu
Install the app
You are using an out of date browser. It may not display this or other websites correctly.
You should upgrade or use an alternative browser.
Crusader Kings II 69466 Bug Reports 19673 User Modifications 10465 Suggestions 5868 Tech Support 6318 After Action Reports
Threadmarks
Reader mode 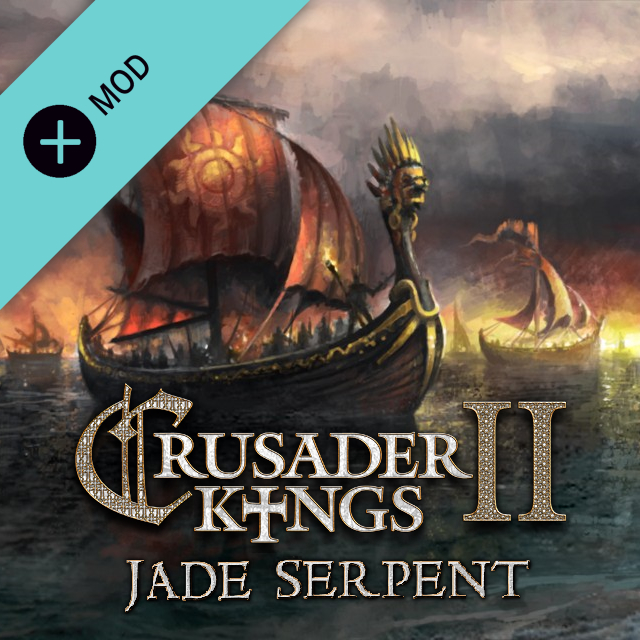 Sunset Invasion Overhaul:
Sunset Invasion event now shows in new form, with offmap Mexikha power integrated.
The Imperial Majesty Request:
A new “Mexikha Screen” lays out the status and desires of the Huetlahtoani of Mexikha, letting you keep tabs on what he wants and how to earn his favor.
Present Tribute For Now:
Submit to the Empire as a tributary, always keeping an eye on the waning power of the Huetlahtoani, so you can time your escape to freedom. Or simply becoming a reliable ally of Huetlahtoani.
Booty and the West:
Collect wondrous new Mexikha artifacts for your characters; explore a new Triangular trade route that adjusts returns based on Mexikha’s stability


Disclaimer:
This expansion is still in early beta. You can play it with a previous savegame. However you'll be unable to revert the savegame back to Vanilla state.
As I mentioned, that early beta means it may have weird behaviors, and the localisation strings are improvised and incomplete. Please report any bugs you found with screenshots below.

Set game rule "Sunset Invasion" to "Random" will fire it immediately, for beta test purpose.
Upload your art works and replace my makeshift graphic files! Every helps are welcome.

I suggest the title changed to represent what the mod is, like "A sunset invasion overhaul", or something else. Current one seems not, emmmm, attractive enough.
Reactions:

Seconded on the name change. Also why are you using the Caduceus symbol on the off map empire?

Anyway, I'm eager to try this out!

Though, out of curiosity, will the Aztec religion get a warrior's lodge, or does them not being within the 'Pagan' category exclude them for that?
H

Silva said:
Though, out of curiosity, will the Aztec religion get a warrior's lodge, or does them not being within the 'Pagan' category exclude them for that?
Click to expand...

Jade is more known in China. Maybe Obsidian Serpent or even totally different animal, like Jaguar, would be better

Browing the game files, I stumbled upon the off-map game files and couldn't help but think that this would have made sunset invasion more interesting. Thanks for making it a thing, I wouldn't have the skills to make interface,... I'll be looking forward your updates
Toggle signature
"BOUNDARY, n. In political geography, an imaginary line between two nations, separating the imaginary rights of one from the imaginary rights of the other."

tribnia said:
I suggest the title changed to represent what the mod is, like "A sunset invasion overhaul", or something else. Current one seems not, emmmm, attractive enough.
Click to expand...

Fitzjacob said:
Seconded on the name change. Also why are you using the Caduceus symbol on the off map empire?

Anyway, I'm eager to try this out!
Click to expand...

NarcomancerPL said:
Jade is more known in China. Maybe Obsidian Serpent or even totally different animal, like Jaguar, would be better
Click to expand...

well...turquoise is sort of jade. And I want to make this expansion a counterpart with Jade Dragon, but smaller in volume.
So it comes up as Jade Serpent, vile, deceitful while smart.

about caduceus, it shares some elements with Quetzalcoatl(feathered serpent).
I don't have abilities to create fancy art works so I simply use it as metonymy.

Though, out of curiosity, will the Aztec religion get a warrior's lodge, or does them not being within the 'Pagan' category exclude them for that?
Click to expand...

Ahhhhhh I just too lazy to make a WL for aztec, it was on the blueprint but I erased it lol
Last edited: Sep 27, 2019
Toggle signature
Crusader Kings II: Jade Serpent is now available as open beta! Checksum AZTC

Heh. Thank I hope that mod will have long life
Toggle signature
This isn't "€uro₽a universalis" but "Europa Universalis"​
EU4 other stabilization - very necessary suggestion for EU4
Suggestions for RNW

I've been waiting for this! Great job! Let's give it a try!

How it will handle reformations if there is already a Religious Head? What will happen if i pick Temporal leadership?

Korlen said:
How it will handle reformations if there is already a Religious Head? What will happen if i pick Temporal leadership?
Click to expand...

You own the Aztec Hierocracy and become head of Reformed Aztec, while Old Aztec is still under control of Cuāuhtlahtoāni.
(I guess so, that's why I need open beta test.)
Toggle signature
Crusader Kings II: Jade Serpent is now available as open beta! Checksum AZTC
Q

If you going to look into a warrior's lodge, the Youtube channel Invicta got a video about Army Ranks and Promotion of the Aztec.
Maybe could that be an inspiration.

Development Diary 2 - Tecuilhuitontli "Flint knife"
Work on the next beta continues, and I'm bring you some frontline news with screenshot.

Back to the days Jade Serpent just hatched. It's using war mechanism much alike to vanilla Sunset Invasion - Doomstack.
A pack of 160k infantry is a classic symbol of old-school CK2 warfare, very nostalgic. But it has been outdated.
In next beta release, Mexikhan Huetlatoani would send their troops from their homeland, continuously and on demand, to make sure their expansionist policy thrives. 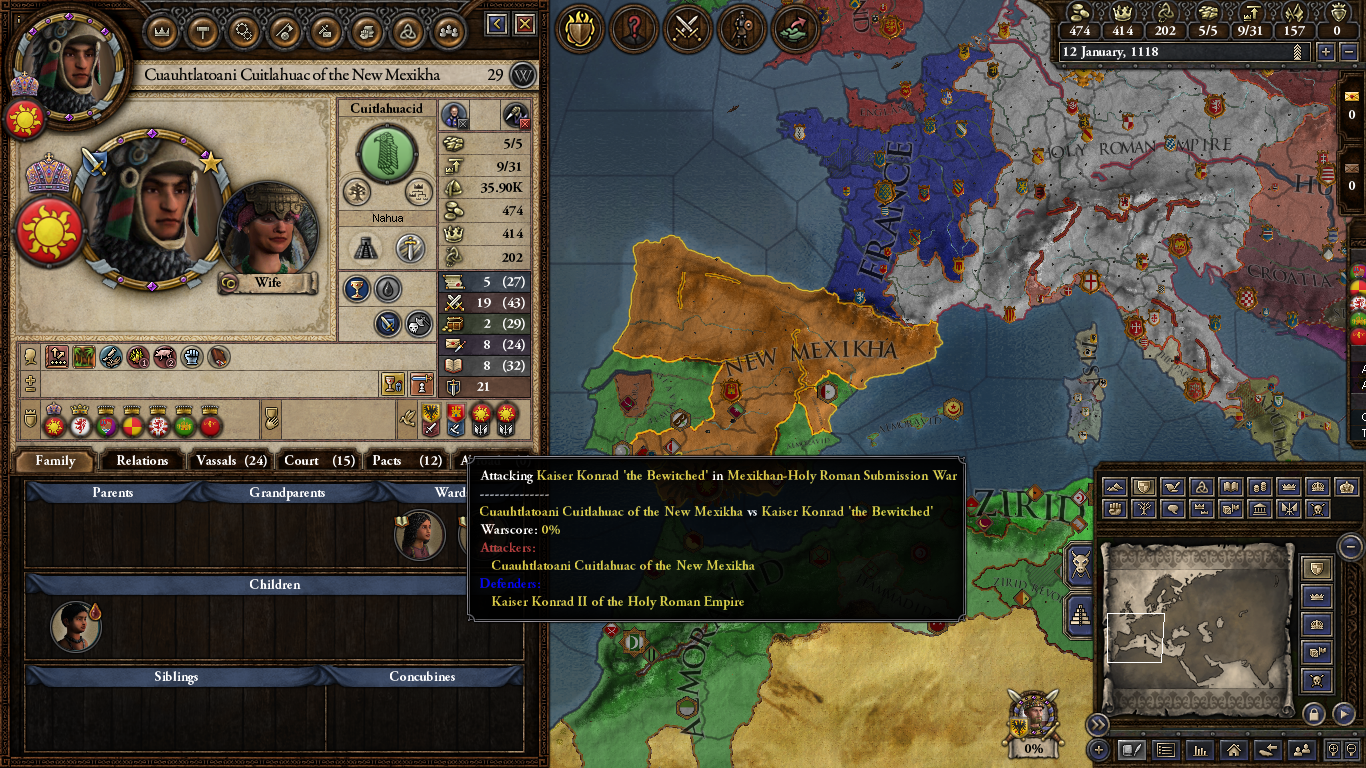 So, it's much more possible to push them back the sea right after their first landing,
But they'll stay around Sahara Occidental, seeking opportunities to launch invasion again.

While putting more emphasis on "invasion", someone may find that peace deal is kinda uselesszzZZ for the Mexikhan.
Since they're here for lands, tributaries and sacrifices. There's no room for such things like "peace" which used by offmap China.
Whole peace deal thing was removed from Jade Serpent, along with a lots of antilytron(grace) decisions.
Why decisions? In following updates, the wars and turmoil between Europa and Mexikha is the first priority.
Revocation of decisions is only a temporarily measure. Keep your antilytron in the safe, it's not going to void.
For artifacts, it's the same reason. Only a few artifacts will stay in Jade Serpent, and they're truly rare antique from now on(No more Q5 Jade Serpent spamming!)

Canon, the alternative history of Nahuatl and Aztecs:

Some of you may have a question: "What the heck is the Toltec Empire, and where Aztec goes?"
Well, Paradox is infamous for its ill unique view of history. The entire Sunset Invasion is a joke for a group of CK2 players.
Instead of putting Ottoman Empire in high Medieval, it's better to stage Seljuks there, isn't it?
That's why a historical plausible alternative Canon has been written. You'll able to see this precious manuscript soon.
Witness the mesoamericas arising and making their great for first time. This time, Columbus is on their side...
But hey don't be upset too soon, the insane world could be even more absurd. 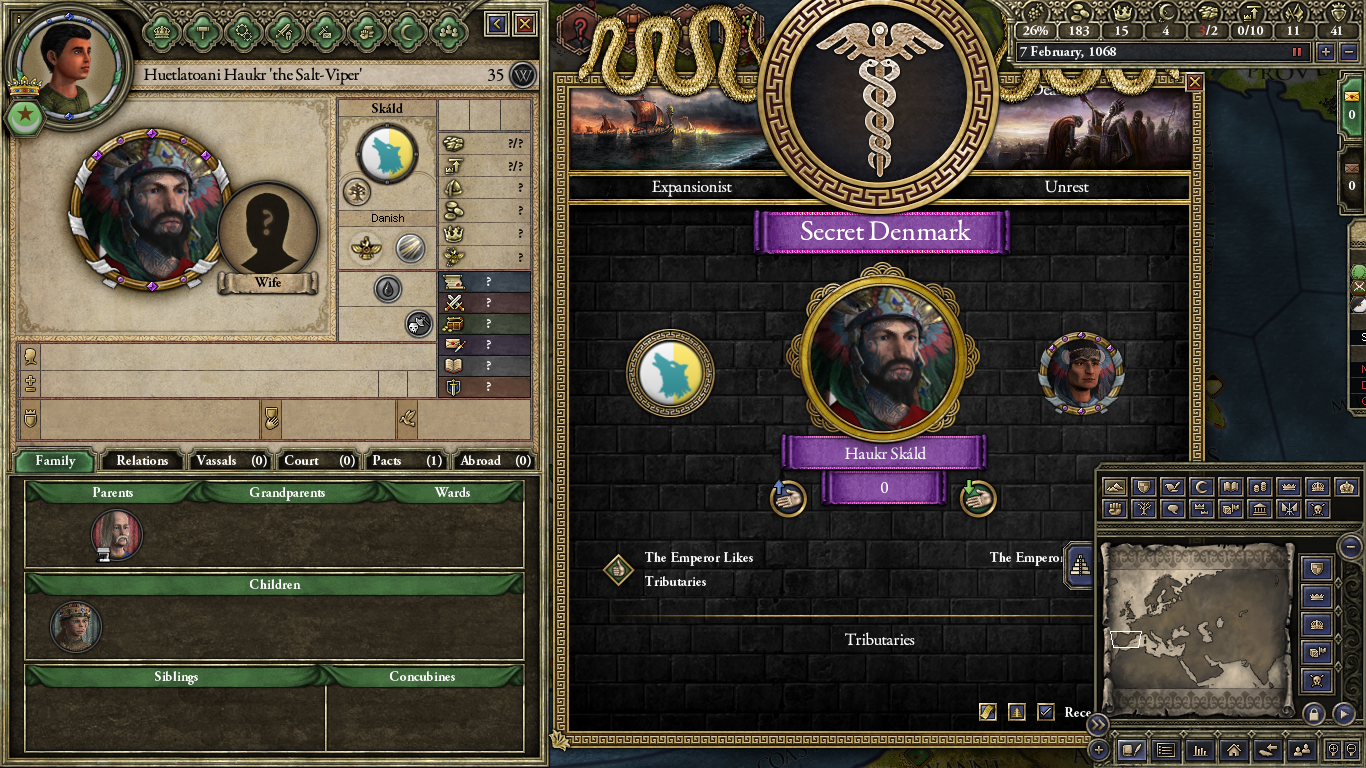 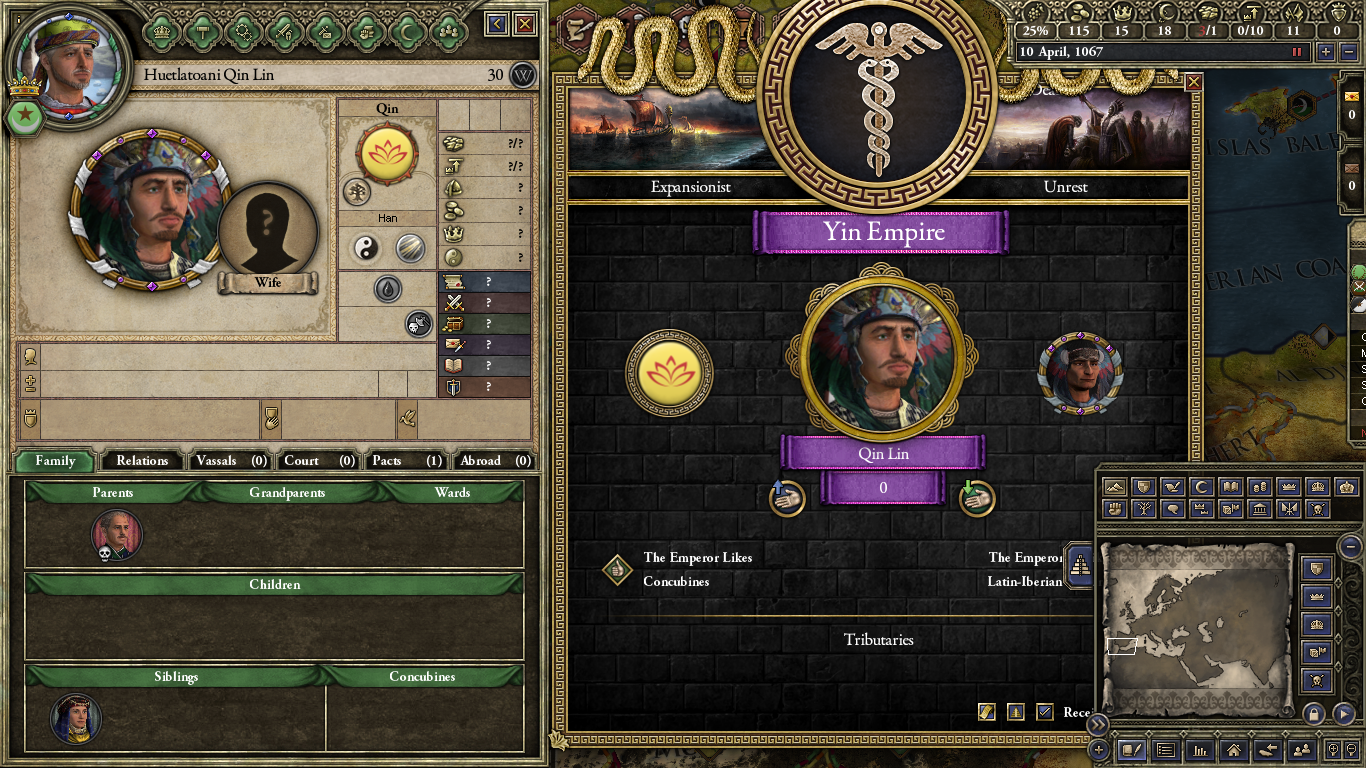 Out of curiosity, does this mod work with the Sons of Vinland mod?
Reactions:

The direct download link is dead
Toggle signature
Servant of the Dark, Restorer of The Light
The mod's a mod and since it's a mod it goes to the mod subforum.
​- Darkgamma