The ministers and leaders database for the 1914 scenario is still pretty poor and inaccurate, especially with minor countries. I added thousands of missing ministers and leaders to many nations (focusing on Europe and South America). In some cases I just added a few missing pictures, in other cases I completely rewrote the files adding ministers, generals, admirals and air leaders. Although an average player may never decide to play with most of these countries, the result is quite eye-pleasing.
Here are some screenshots:

(for Greece I also edited the .inc to match the generals to their Corps)
Sweden

(Sweden had no admirals in DH!)
Romania

(Yes, that funny guy really was the head of Intelligence)
Denmark

(Slightly improved my own mod...)
Norway

(the Chief of Navy actually was the head of coastal defence, he retires in 1915. Also edited the .inc file because the HoG had the HoInt. code)
Panama

(have you noticed that Kings and Presidents have a military outfit in their pic as army leaders? )
Ecuador

(what a godforsaken nation... it's one of the very few cases in which I had to make up the Intelligence minister... the others are historical, though)
Chile

(I changed the .inc putting Victorino de la Plaza as HoS&G because Roque Sáenz Peña dies a few day after the beginning of the scenario and there's no event about it)
Uruguay

(actually Switzerland was pretty accurate already... it's one of those nations which need more love)
Siam

(Emile van Dyck was the head of the militia)

And there's actually much more, for example I added dozens of pictures of French generals.

Here's the link to version 1.0 (others may follow!): http://www.mediafire.com/download/080xuxfd92zg9h4/MINISTERS LEADERS MOD.rar

This mod is updated to the 1.04 patch and should be compatible with nearly anything else (as mods rarely touch these files). A good companion would be my other mod, Project Italy ( https://forum.paradoxplaza.com/forum/index.php?threads/project-italy.719191/ ) which is focused on Italy but on a deeper level. If you want to play Ministers & Leaders and Project Italy at the same time, you only have to replace the Spanish leaders file in the db/leaders folder with this: http://www.mediafire.com/download/mpfi1t7qc6zrq34/nationalistspain.csv

If the developers or anyone else want to use these files, no problem, just ask. But don't change the order of the ministers in their files, or the starting cabinets will be messed up! The order is not random, and I made it so there's no need to edit the .inc files (thus the mod is lighter!).

Nice work. The HoI's database needs you and you need HoI's database. Hope I see you in HoI4's modding community then too.
Toggle signature
World in Flames III: Origins for Darkest Hour - A Great War Era Mod


History is the lie commonly agreed upon. - Voltaire

Nice work! Definitely helps with immersion issues with the smaller countries.
Toggle signature
"With the death of the planet Phaaze, Samus Aran's arduous fight against Phazon has ended. However, in the vast regions of space, this victory is just a twinkle of a star, spreading the light of hope through the darkness." - Aurora Unit 242, Metroid Prime 3

"In the beginning, the universe was created. This has made a lot of people very angry and been widely regarded as a bad move." - Douglas Adams

Thank you Melkor. I've downloaded it and added it to DH Full and all of my installed mods. I'll let you know of any bugs.
Toggle signature
"Was your court at the trial of Visser constituted in any way like this, what rule did you shoot him under?"

"Like this?? ... oh no sir, it was not quite like this... no no sir, it wasn't quite so handsome...and as for rules... we didn't carry military manuals around with us... we were out on the veldt fighting the Boer the way he fought us.... I'll tell you what rule we applied sir, we applied Rule Three-OH-Three .... we caught them and we shot them under Rule Three-OH-Three!!!!"

hey melkor89. why don't you fuse your two mods and create a new one called like "Melkors Historical Accuracy Mod". you could slowly add all the stuff you create. if you find people on the same path as yours it could be an "Historical Accuracy Grand Mod".
Reactions:

Thank you all for your support, I really appreciate it.


Arturius said:
Nice work. The HoI's database needs you and you need HoI's database. Hope I see you in HoI4's modding community then too.
Click to expand...

Hi Arturius, how are you doing? From what I've seen, HoI4 uses hand drawn pictures instead of black and white photographs for leaders and ministers, and I'm afraid that this is going to limit the modding possibilities.


ArmyDuck said:
hey melkor89. why don't you fuse your two mods and create a new one called like "Melkors Historical Accuracy Mod". you could slowly add all the stuff you create. if you find people on the same path as yours it could be an "Historical Accuracy Grand Mod".
Click to expand...

Well, I'm already in touch with a modder that helped me a lot with Project Italy and he's currently rewriting oobs and ministers files. I'm going to update this mod with his work, but every contribution is welcome. If you played a mod that improves the historical accuracy of the vanilla database and you would like to see it combined with my mod, you might ask the modders if they're interested in cooperating with me. A unified "historical accuracy" mod from many contributors would be the ultimate goal, indeed. But I would never put my name on the title - I'm not that egocentric!
Toggle signature
Project Italy for Darkest Hour 1.05.1
Better generic provinces pictures & New battle events pictures for Darkest Hour
Ministers & Leaders Mod

As promised, work continues. As an example, here you can see a completely overhauled 1914 Persia, and a remade 1914 France OOB with lots of new leaders pictures. All these improvements will be part of a bigger mod that will be called Historical Accuracy Mod or something like that. It will consist of a revision of OOBs, leaders, ministers and events for WW2 and above all WW1. It will also include Project Italy. 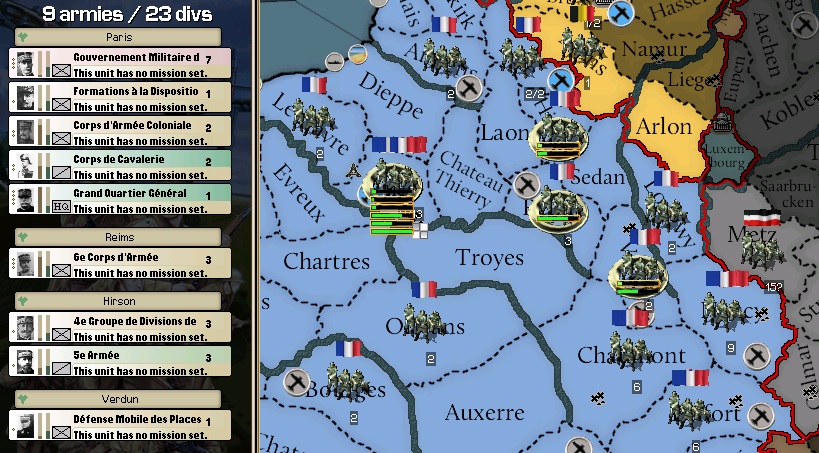