Letters of the Iconoclast [Theme of Thracesia AAR]

Jump to latest Follow Reply
Menu
Install the app
You are using an out of date browser. It may not display this or other websites correctly.
You should upgrade or use an alternative browser.
Threadmarks
Reader mode
March, indiction 7, AM 6277 - Theophylaktos pt. 3

From the writings of Theophylaktos, droungarios of the Thracesian Theme
March, indiction 7, AM 6277 (March, AD 769)

It’s the thirteenth day since we left Laodikeia, and we have finally reached the sea. I felt the salty air brought by the western wind in our previous camp and waited anxiously during this day to pass the last hill obscuring our view of the majestic Aegean. If I had not been made leader of the Sardis Tourma, I would have ridden with the scouts of whichever tourma was leading the way, just to have a moment to look at the sun pearls sparkling on the waves in peace. Those floating spots of light make me hear the softest lyric tunes. Better than any other, as it does not have that one solider that sings like a donkey’s fart ruining the melody. The only voice accompanying this lyre is the Holy Spirit in the constant breeze going through the sharp-leaved olive branches. No wonder some of the best pagan poetry originates from the island on the other side of this canal. If fate had only favoured me, like it those some other men, to come by this place more often, I would have surely been writing poems that could make even Strategos Michael quaver.

I am not sure what to make of my temporary tourmarches assignment. On one hand, it is a sign of the Strategos’ trust in my abilities to leave a third of his army in my command, even if it is the one with the softest men. However, the way ahead through the Opsikion Theme is a peaceful one, and even a lesser commander could do the base minimum of camp and supply inspections for an entire tourma. Not only that, but picking the newly-appointed droungarios Leon to travel with him and Nikodemos on an “important mission” seems to indicate a lack of trust by the Strategos in my discretion about his private matters. Maybe Dorothea influenced his decision, hoping to get some information from Leon later on. She is a shrewd mind, however, her virtuous nature makes her unwilling to see all the aspects of that of her husband’s, even when they are obvious to half of the army. If only Strategos Michael read the works of Procopius in more detail than just the battles, maybe he would know better than to take his wife on an army march. Thankfully Kyrillos is still too young to fight and is the only heir to Laodikeia, so she and the boy will travel back to the Thracesian Theme lands with Komes Vassos once we pass the Hellespont.

Vassos Koutzodaktylos, the Komes of Sozopolis, has been put in command of the entire theme. This is commonplace in a scenario like this, Komes Vassos is the second in command of the Thracesian Theme, an honour awarded to him both by his position as a large landowner and his bravery on the battlefield. Although, that bravery can be easily mistaken with recklessness. His manner is overly aggressive and ill-suited both for the cautious warfare with the Saracens and the unpredictable behaviour of the Slavs. Because of this and his position, he is usually kept back, protecting our lands while the Strategos leads the troops on a campaign into enemy territory. This happens rarely enough that it has not yet hurt his pride and, on this occasion, it might even bolster it, as he is entrusted with keeping the Strategos’ family safe for a potentially years-long campaign. Full governance of the Thracesian lands will be entrusted to him and bishop Anatolios, with Dorothea only acting as a representative of the Lachanodrakon family interest, if Kyrillos does not come of age in the meantime, but I hope that the campaign does not last that long. 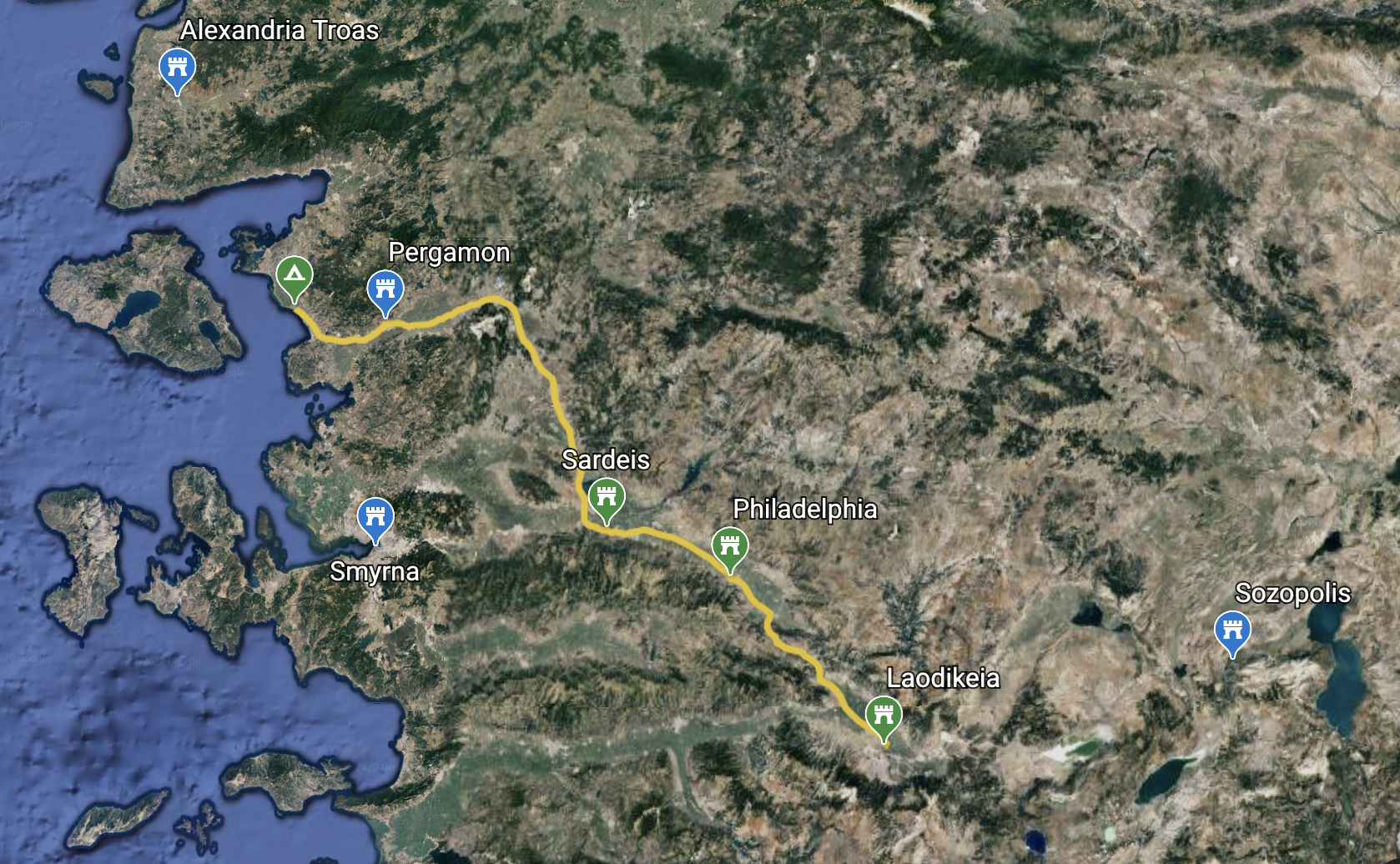 It seems as if Theophylaktos is admiring the view...

HistoryDude said:
By the way, will you attempt to claim the whole Empire? Create your own empire/kingdom? Or just stay loyal to Byzantium?
Click to expand...

I don't have a long term goal like that because it really depends on the personality of the current emperor and the current doux/strategos. With the two current rulers it makes no sense to go that route, Constantine V is a well established emperor and Michael Lachanodrakon is a loyal, firmly iconoclast, subject. However, it all depends on future emperors how the story will unfold.
Additionally, I'm trying to go for a historically plausible narrative, and creating a standalone kingdom based in western Anatolia makes no sense unless the whole empire is falling apart, so that route seems the least likely in the current setup.

My current focus is not so much the gameplay, but setting up a cast of POV characters to use for events that I've documented through my gameplay. I'd like to introduce more or less everyone relevant before the battles start, but I haven't decided on much other than Theophylaktos being my source for the army movement, so I'm having trouble finding parallel narratives with that. Leone Galbaio is actually the only additional character I found interesting to pursue as he brings an outsider perspective on society, without being too alien to it.
Along with the "character picking block", I'm doing some research of the period in terms of culture, religion, military and administrative organisation, and society in general. I don't intend to bring it all in my texts (just a few greek terms and explanations for flavour), but I need to get a clearer picture for a few stuff and the reading is either lacking good summaries or far too dry and short for the period (sources for the 8th and 9th centuries are scarce, and almost non-existent for Iconoclasm).

This is in part my excuse why the writing is slow and the pacing of the action is not much better. Thank you for sticking around and reading, I really appreciate it and am open for any comments.
Threadmarks
Reader mode
Show hidden low quality content
You must log in or register to reply here.
Share:
Facebook Twitter Reddit Tumblr WhatsApp Share Link
Top Bottom