A statement by the ministry of Law and Justice​
As Minister of Law and Justice, having the powers regarding this matter in my hands I can say that All that wish to leave their homeland and escape to Africa are free to do so. If they wish to escape France and stop fighting for their ideals, they can feel free to do so and may even receive government help in leaving.

I speak for the whole socialist coaliton when I say you can leave for Africa.

But you must remember. If you quit France now, you have nothing to come back to. If you will leave the people you promised to protect and go to Africa where you will live like kings, exploiting the black race, do so. But France will not accept you back. You shall all receive banishment from the Third Republic.
Toggle signature
Albion: An Ironman 1066 Bookmark AAR​

Hax said:
The fascists should be removed from France! o
Click to expand...

Aren't the Socialists allied with the Fascists?

Hax said:
The fascists should be removed from France! o
Click to expand...

The government you voted for adopted the remnants of the only fascist party into their coalition. Your beef should be with them.
Toggle signature
History of the Modern Red Army - Soviet Union Total War AAR
Military only style AAR, detailing the battles of the Red Army
Currently at Update 44 - 13.03.11.

Could somebody say what mod TRP uses and how did they do that WW1 theme in the beginning? What mod?
Toggle signature
Yugoslav Wars DH Mod
My Werewolf stats

Hax said:
Could somebody say what mod TRP uses and how did they do that WW1 theme in the beginning? What mod?
Click to expand...

Kalelovil you should like empty your PM inbox....
Toggle signature
My Ongoing AARs:​
Victory belongs to the one who claims it ~ A Republic of Turkey AAR
​
On Hold AARs:
From each according to his abilities to each according to his needs; China in WW2
Hurricanes and Typhoons; A KR DH AAR
Tempus Fugit ~ A HoI2 Arma ByzAARntium
​

I find it interesting that the new president's first speech is dripping with purely communist propaganda when the equally strong Parti Jacobins follows a liberal ideology... For the sake of France, I hope moderate, rational voices in the new government can curb the megalomania of the PPSP.

Also, this talk of restricting travel greatly unsettles me. I hardly think denying Frenchmen the right to travel abroad as they please is fitting with the ideology espoused by the PaJ and RLF prior to the election?

I say this not as a member of the opposition, but as a fellow democrat: Beware the communist beast in your midst!

(Also, congratulations with the election victory! )

edit: thank you, Minister of Justice, for your clarification.
Toggle signature
Mistresses of the Jungle - An AmazoniAAR (CK2 Geheimnisnacht)

So they have modded all countries like Qing Empire and National France into the campaign?
Toggle signature
Yugoslav Wars DH Mod
My Werewolf stats

Yeah....we did not agree to the country being declared Socialist, Left-Wing Radical is as far left as the PaJ is willing to accept.

Hax: We are playing on Kaisserreich.
Toggle signature
My Ongoing AARs:​
Victory belongs to the one who claims it ~ A Republic of Turkey AAR
​
On Hold AARs:
From each according to his abilities to each according to his needs; China in WW2
Hurricanes and Typhoons; A KR DH AAR
Tempus Fugit ~ A HoI2 Arma ByzAARntium
​

No, I thought TRP was running KaiserReich?
Toggle signature
"All the great things are simple, and many can be expressed in a single word: freedom, justice, honor, duty, mercy, hope."
Winston Churchill
"I like your Christ. I do not like your Christians. Your Christians are so unlike your Christ."
Mohandas Gandhi
Far better it is to dare mighty things, to win glorious triumphs, even though checkered by failure, than to rank with those poor spirits who neither enjoy much nor suffer much, because they live in that grey twilight that knows neither victory nor defeat.
Theodore Roosevelt

Hax said:
So they have modded all countries like Qing Empire and National France into the campaign?
Click to expand...

It's Kaiserreich, but the WW1 thing was done with just the Fall Gelb scenario of AoD.
Toggle signature
Darkest Hour​
1914-1964 - the Ultimate Strategy Game​

Do they not use a modified version of the Kaiserreich mod? 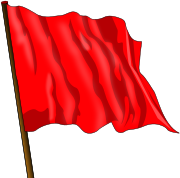 (ooc: sorry for mistaking your allegiance seems like fervour got the better of me )


quaazi said:
Setting aside the fact that you are not speaking to a Bonapartist, please show me your manifesto then. Where did the communists put their detailed plan of economic rebuilding? Where can anyone see what they voted for? The voter instead is hoping for the milk and honey you promised, but will pretty soon see what socialist honey looks like up close. Merde, most likely. Right now you're just dividing the sweet cake of France, until you've eaten it all under the guise of "the people".
Click to expand...

Even though you claim to hail from a different party your relentless attacks and attempts to diffame this government before it has even taken up its oath, give the impartial spectator little reason to differ between the two of them. I had actually hoped for the RE to support the government to further the cause of deomcracy, but apparently you are unable to leave your prejudices behind, which bereaves me of the ever so little reason to do so either. You continue to call us communists, though we view ourselves as a socialist and progressive party. Now tell me why I shoud refrain from using my equal right to call a Bonapartist?

Where are these so-called acts oppression taking place? How can a government that has yet to assume power oppress anyone? You are merely painting the red devil on the wall, hoping to sway the public opinion in your favour. Hasn't the ministry of justice released a statement of tolerance that allows every Frenchman to decide for itself?

But still we do not wish to see France to be torn apart yet again, which is why we will continue to reach out to the RE. If you truly are a democratic party as you claim, then stay and oppose us! Not on the battlefield, but in the parliament, not with swords and bullets, but with words and speeches! Do not abandon this country in this dire hour, when others are already setting sail for Africa and true patriots are needed to hold this nation together. Prove that you are more than a pawn to FINP and help us to lead France down the road of prosperity! If you are a democrat you owe the people who put their trust in you this much!

tuore said:
Sorry, I don't mean to offend, but I actually laughed A LOT when I saw your address title. Cool graphics and all, but - a typo in the word "address". :rofl:
Click to expand...

Address has two D's? I had no idea

Also, guys, please calm down some, the government isn't even formed fully and people are already making canon claims like 'communists are looting houses!' etc etc. Remember that is you're going to say something in the world is so, you have to run it by us first - Else, someone could just walk in here and say aliens are attacking Paris or something equally odd

CANON: France is under a Socialist coalition. The elections have gone by peacefully with no looting or rioting or whatever. However, it is so that the centre of the current coalition is unhappy with the term 'Socialist', so the coalition is having an internal struggle atm. We'll see how the situation evolves, and set up the cabinet for now
Toggle signature
Laurence and Vincent - Totally Random productions (unrelated to the Total Realism mod)
Post-Nuke Project - A Total Conversion for Darkest Hour - Pre-Alpha released​
Retired AAR writers, our work can be found on our Inkwell page​

I support the above TRP statement and I wish to inform the War Monger to check his inbox. Once the Cabinet is formed we can truly work together.

TRP said:
Address has two D's? I had no idea
Click to expand...

Yes, it does. Look it up on google fight or wikipedia.


TRP said:
CANON: France is under a Socialist coalition. The elections have gone by peacefully with no looting or rioting or whatever. However, it is so that the centre of the current coalition is unhappy with the term 'Socialist', so the coalition is having an internal struggle atm. We'll see how the situation evolves, and set up the cabinet for now
Click to expand...

I wouldn't exactly say "peacefully". If you would look into the forums and our liberation act, it looks more like we're on the edge of a civil war. I don't even want to see how it looks like when I get up on the morning tomorrow.
Toggle signature
Darkest Hour​
1914-1964 - the Ultimate Strategy Game​

I hope the socialists now makes a good work or else I will maybe change in next votings my vote.
Toggle signature
Yugoslav Wars DH Mod
My Werewolf stats
Show hidden low quality content