Thought id share the new race ive put together with 100's of hours of work of a full new fleshed out race. Hoppers are for those itching to fight a intense alien threat similar to the bugs of starship troopers or the zergs of starcraft.

Some of the unique features

* Carefully crafted design and cosmetic - As well as design Hoppers use your factions primary colour and guards, qaurtzites and even weapons use your secondary colour.
* Mass swarms Alpha Hoppers can call subordinates into the fight, the more level they are the more they call. A
* Large leaders, Hoppers authority comes from size, leaders can burst through obstacles and act as cover giving new tactical opportunities. They also look hilarious and terryfying in little vehicles.
* Unique defense, no turrets but can add guards to cities that auto charge towards the enemy
* New abilities/operations and mods, while the race is melee focus, Hoppers can take advantage of a variety of range weapons.
* Qaurtzite allies, able to build qaurtzites in the city with qaurtzite weapons. 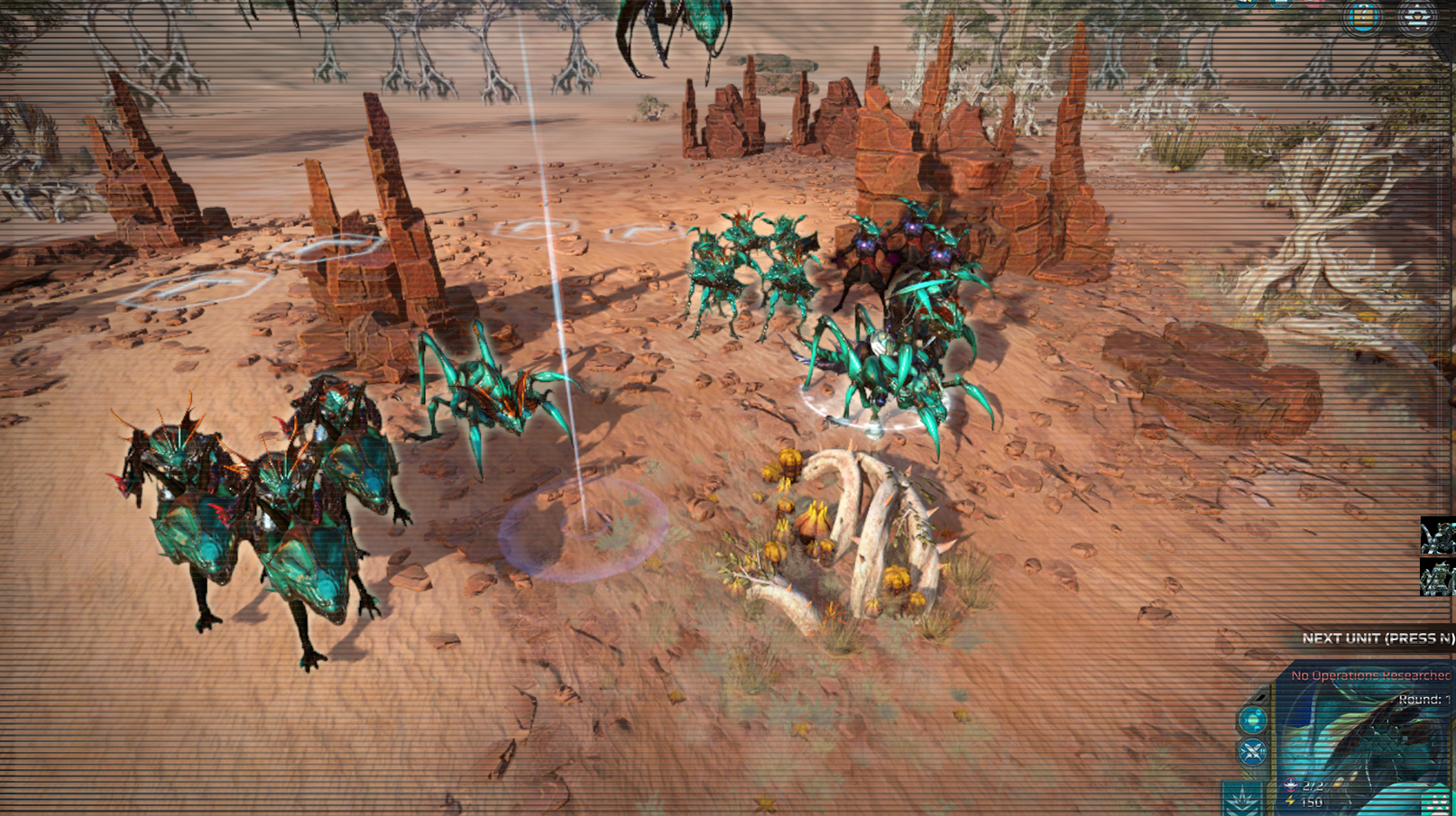 It works similar to the vanilla as a full new functioning race. Complete with unique cosmetic class units, customization, tech tree of mods and operations. 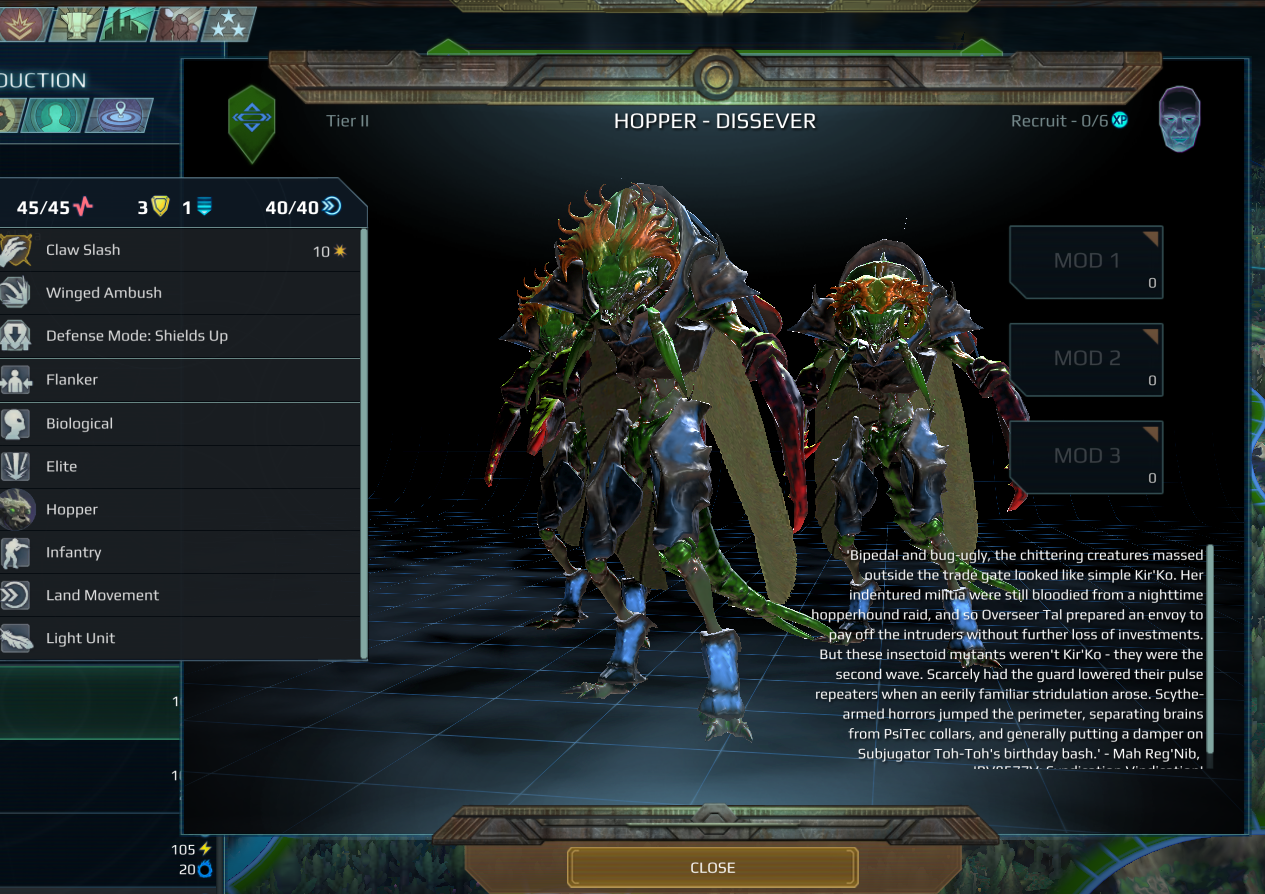 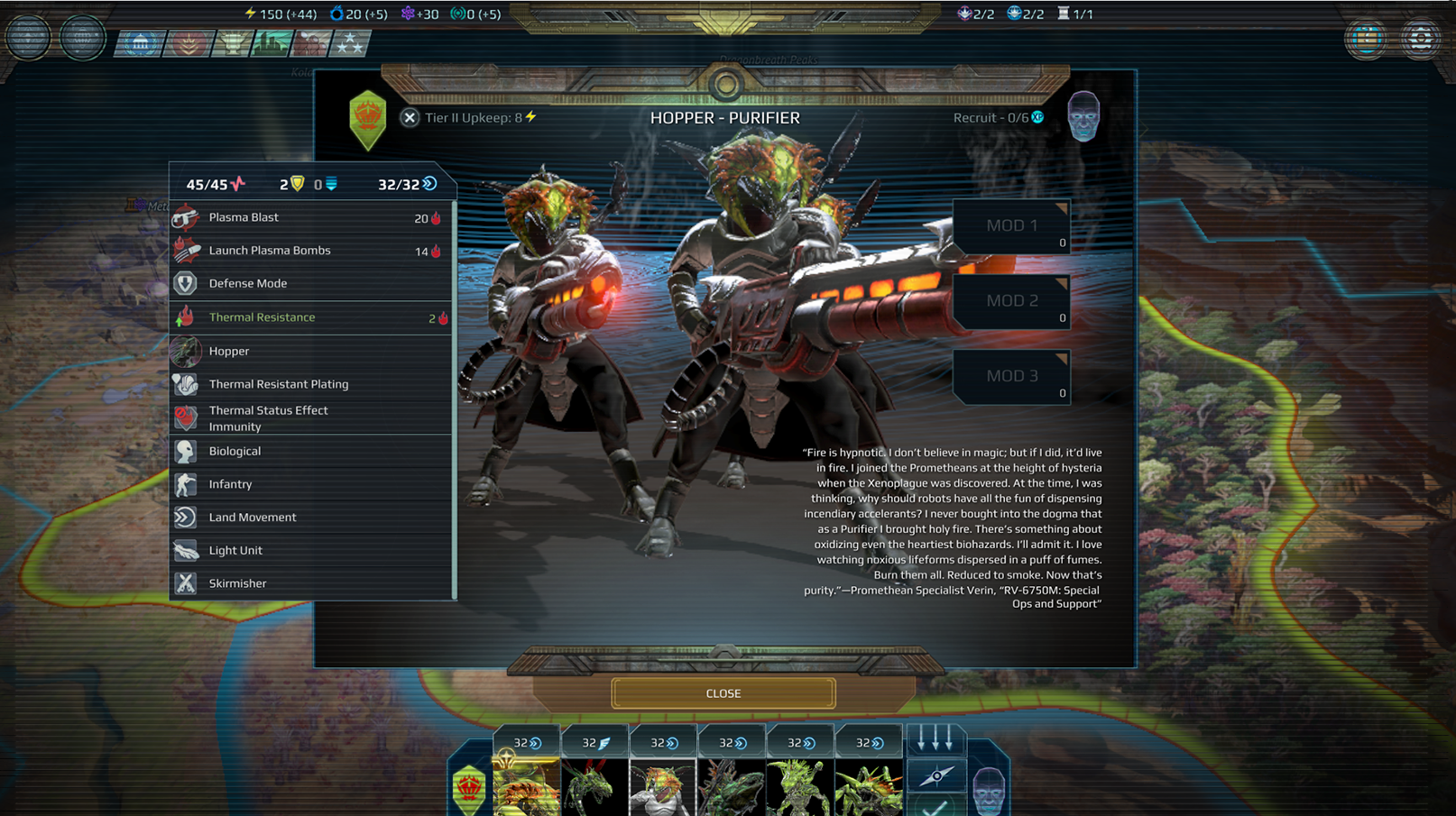 Not to mention a few monsters to ride! Being able to devour and make babies with the hive queen or blast fiery hell with the Taragon. 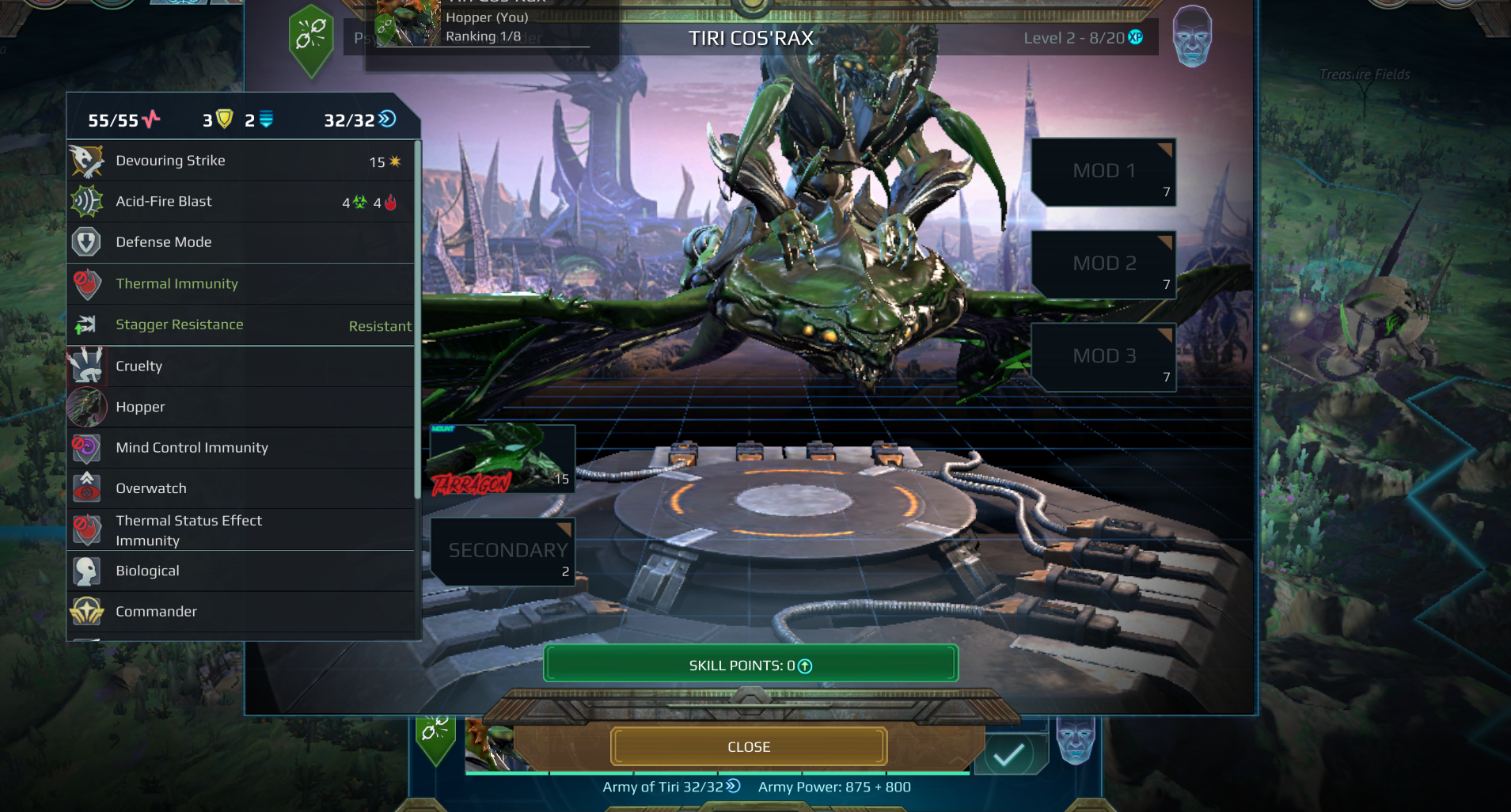 All functions have been implemented to maximize your immersion, quests, diplomacy, heroes, the works 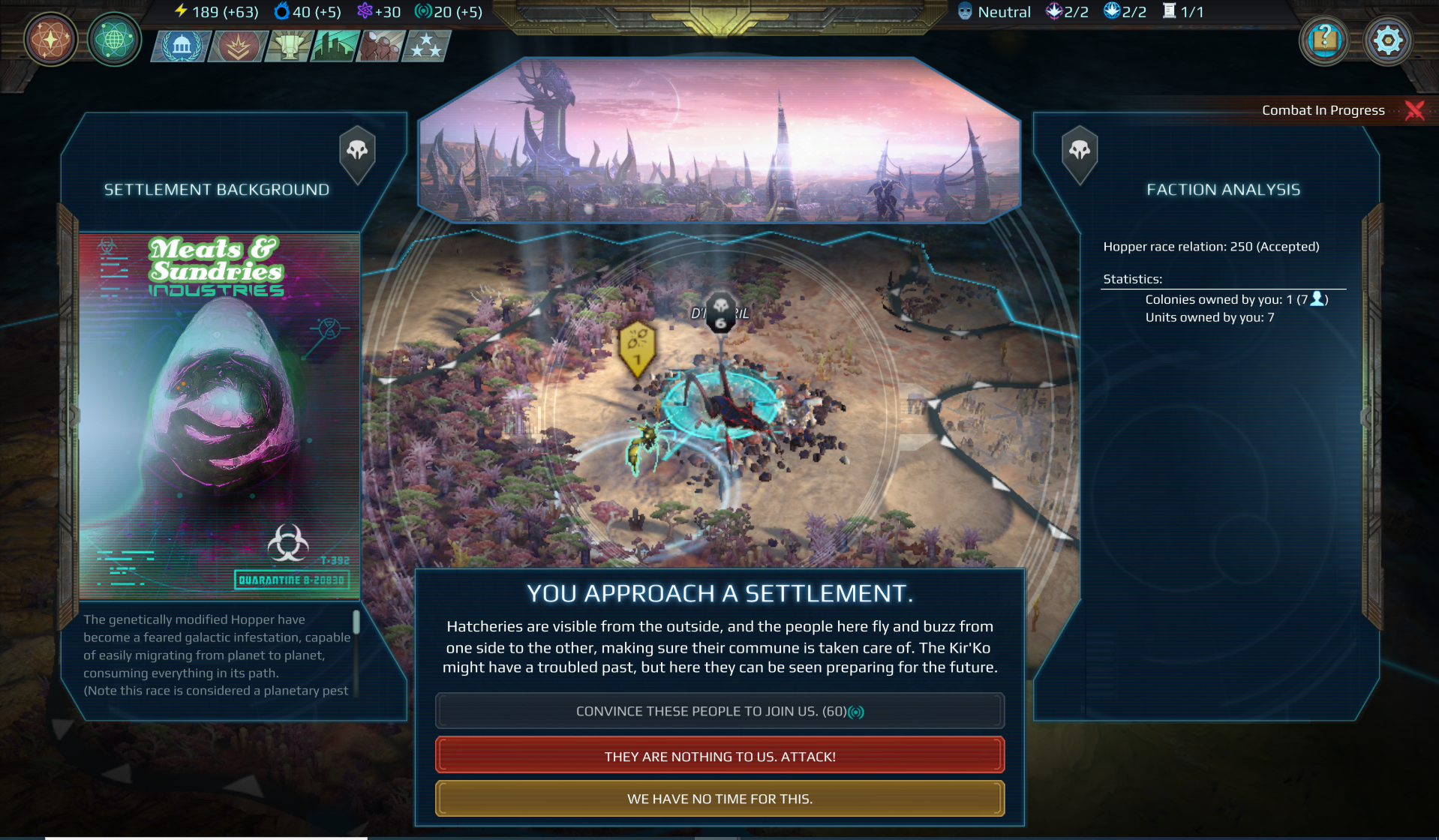 Loads of gore, both Hoppers and Colonial Guard have been updated to leave the battleground a bloody mess. 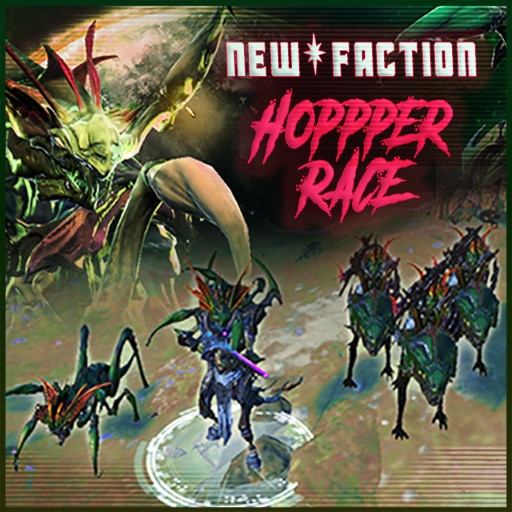 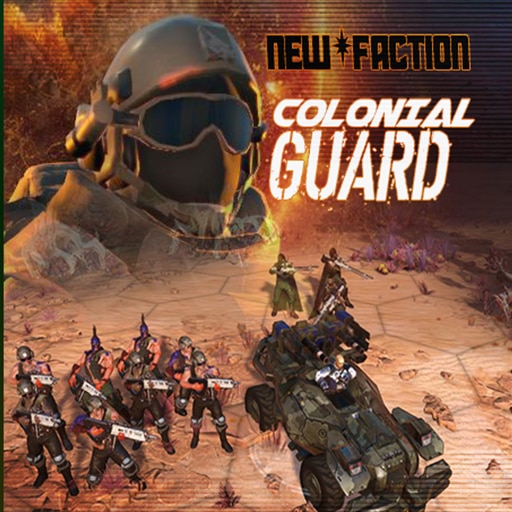 This is really, really impressive to me, as someone who's just dipped his toe into modding. Great stuff.
Reactions:

Wow, very impressive!
I like the use of quartzites for the faction, I feel mineral units are underutilized in the game.
A

now it is time for you to try and add a new secret tech and neutral faction ;p

Id give you guys a dozen races, techs and factions if they put me on a pay role Its alot of time making them, and dont have much anymore to spend on it these days!
Reactions:

You can do what Eomolch did. Delft is quite a nice place to live, you know.

Anyway, it's great what you're doing for the community. I haven't tried using any mods for planetfall yet because there is such an incredible lot to discover already. But when I get started I'll be sure to subscribe to this one.
A

i like the hopper race so far. i can see that alot of work have been put into it

i find the alpha hound ability to spawn lesser hound a bit too strong. especially when combined with the alpha pheromon buff.
especially when upgraded to max level. one full stack and full modded of alpha hopper hound with max level + a buffer hero can spawn a fully modded angry army of 10 hopper hounds with armor and shield buff akin to tier3 units. it is insane!
i should test it against a human player. but vs AI you can flood it with expendable troops and then engage the leftover without getting much casualties and get free xp (after one successfull fight to level up the alpha hounds.)