Jump to latest Follow Reply
Menu
Install the app
You are using an out of date browser. It may not display this or other websites correctly.
You should upgrade or use an alternative browser.
Hearts of Iron IV 37731 After Action Reports (AAR)
Show only dev responses

Hi everyone and welcome to this weeks diary with an update on Sunflower (1.2) patch. This is a great diary because its mostly written by other team members while I grab the credit of posting it! First up is @Voffvoffhunden with new nations we are adding in.

New Nations
Have you ever felt that the Soviet Union was a bit of a big, threatening blob, but that there was little you could do about it apart from taking all their territory for yourself?

Things are about to get a whole lot more colorful!

You can for example enjoy a stay in the breadbasket of Eastern Europe, as the territory of the Ukrainian SSR joins the fray as releasable cores! Get yourself a nice little puppet just a grenade’s throw from Moscow, or release it from the Soviet Union, take control and have your own little reconquest against Poland. 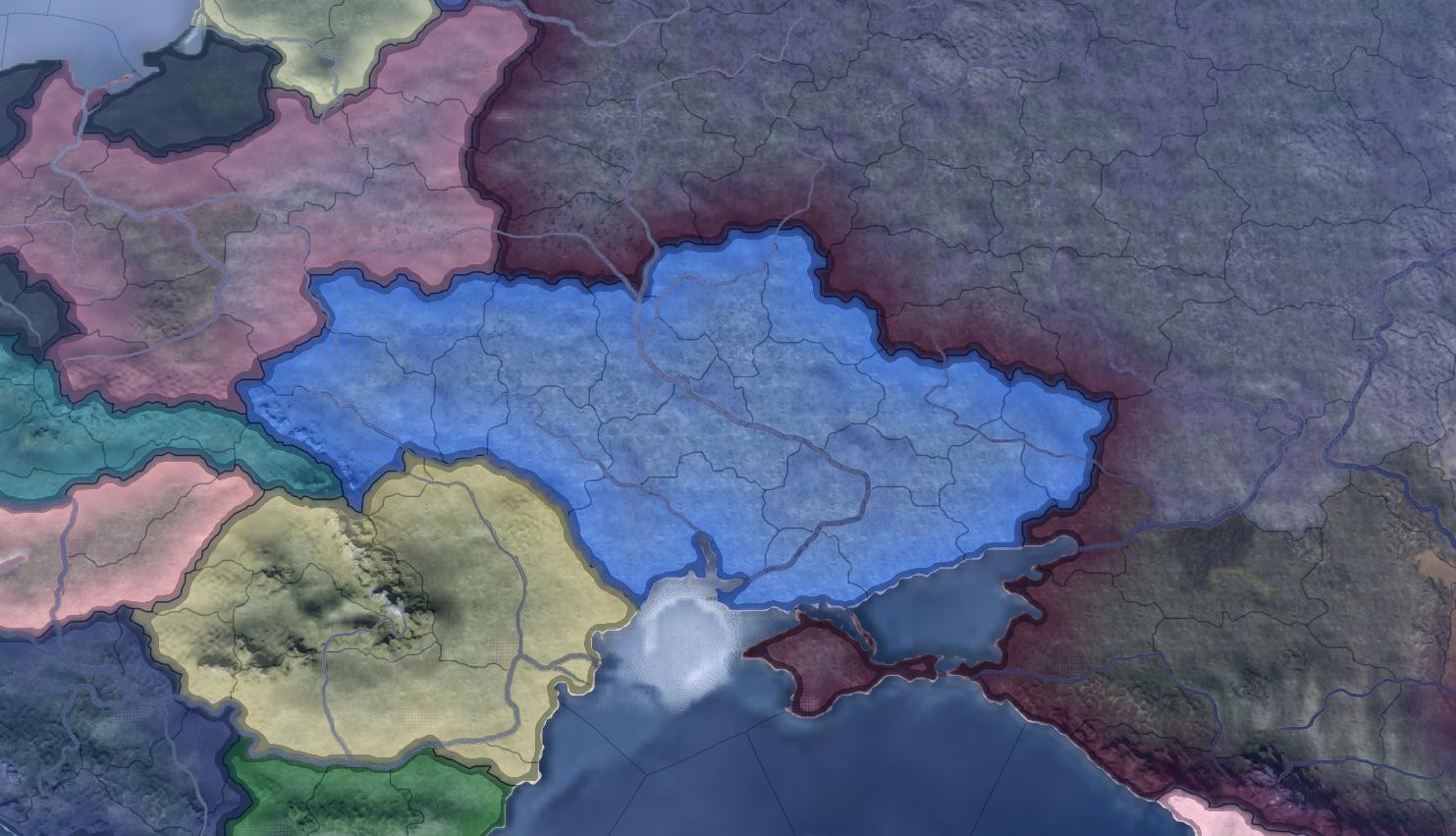 Of course, one pesky country doesn’t do much for the breakup of the Soviet Union, so let’s all give it up for our favorite Caucasus trio!

Georgia, Armenia and Azerbaijan are releasable, and offer a whole new regional playground. I hear Tbilisi is lovely this time of the century. 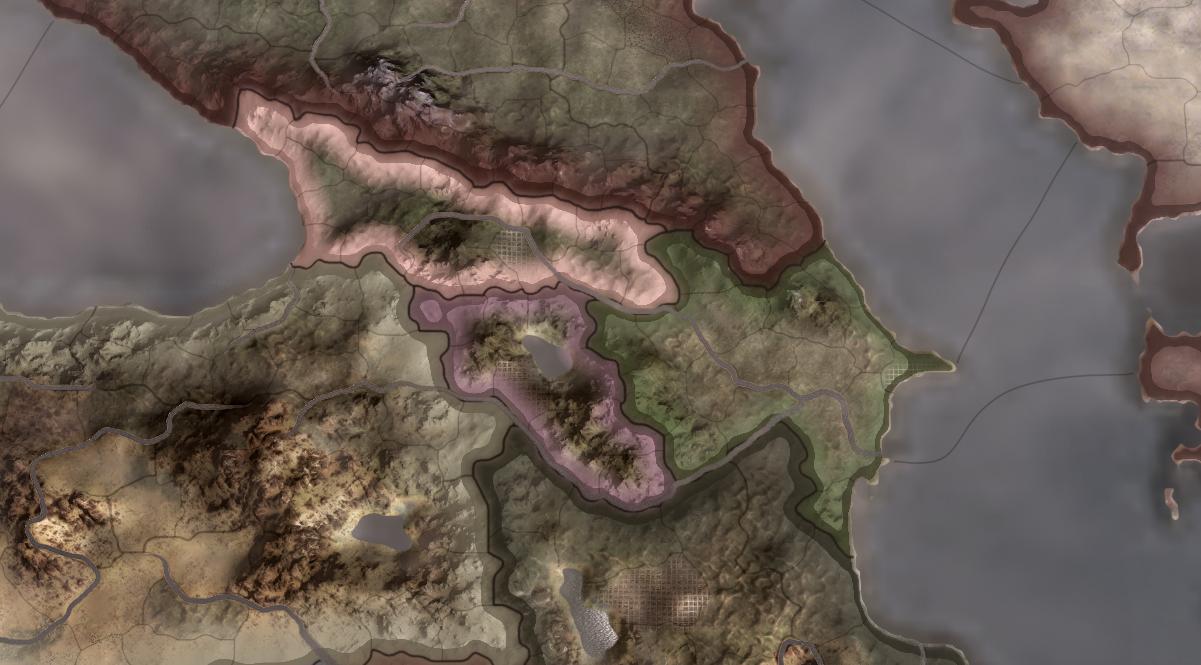 As Poland gets invaded, Georgia might look to set up its own little empire Between the Other Seas, Azerbaijan might want push towards Stalingrad to ensure it controls ALL the Caspian oil, and Armenia, bordered on all sides by larger potential enemies, offers a whole new challenge for those players who like to play small nations and make them big.

Now, we hear you, some people prefer hotter climates to former Soviet states, and some players would rather dismantle the Allies than the Comintern.

For you there’s always Southeast Asia! 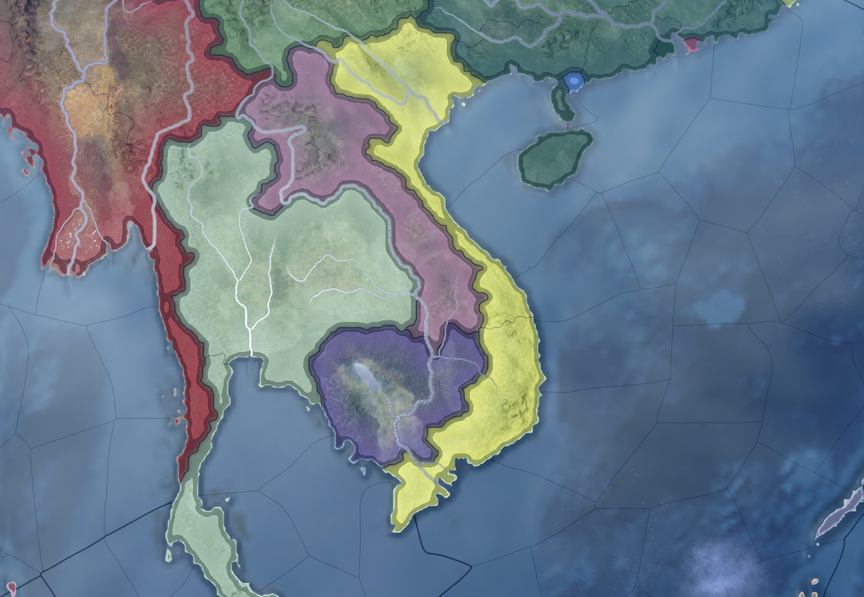 Laos, Vietnam and Cambodia can now hang out with Siam, offering new and challenging paths to domination in East Asia, or more states to turn into precious communist puppets.

We’re not stopping with the French-controlled mainland, however, as both the United Kingdom and the Netherlands can get a sock to the jaw as you force them to release Indonesia and Malaysia! 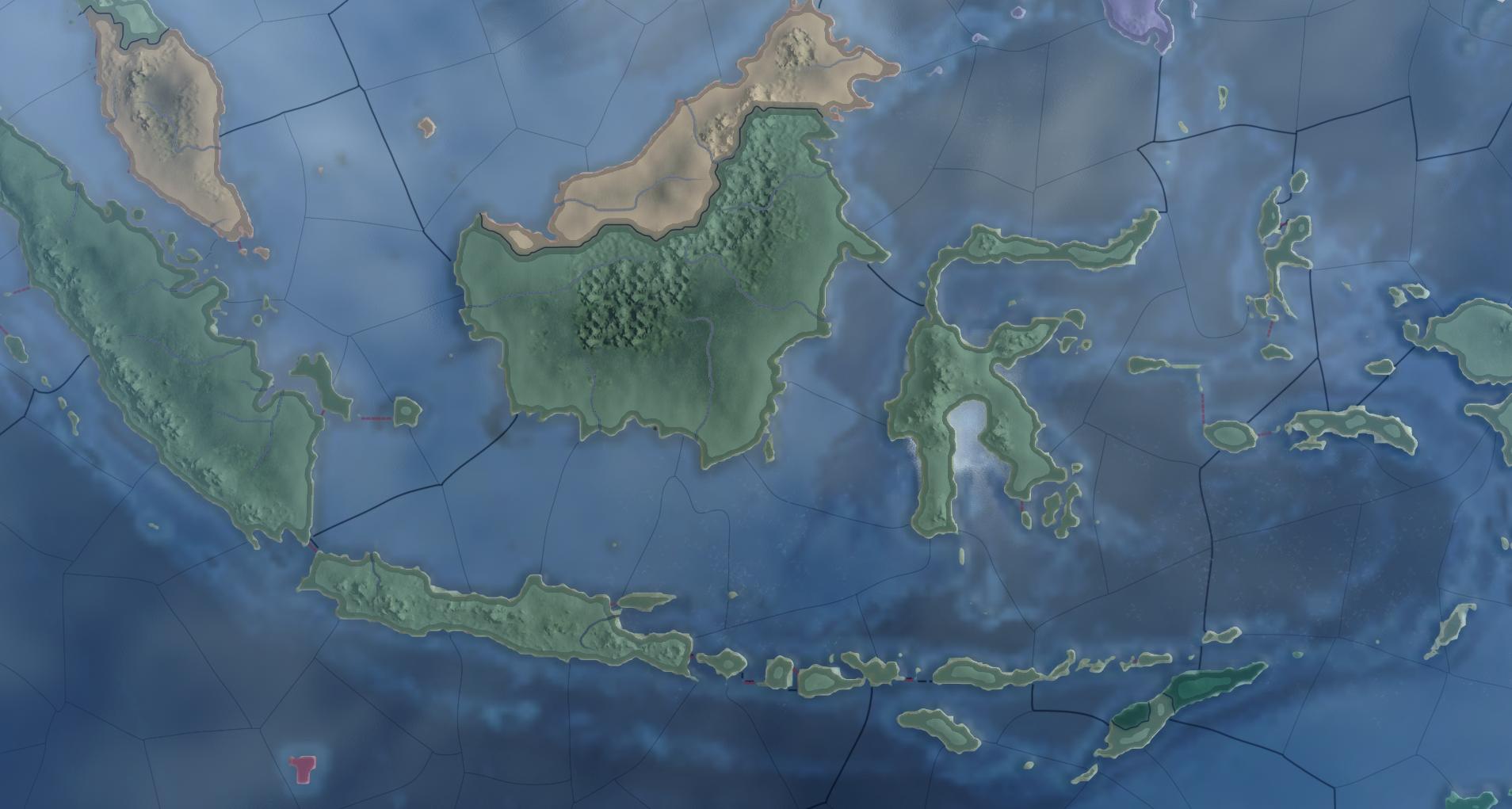 The colonial map will never be the same again.

Looking to the future, there is a lot more we want to do, to allow enterprising players to redraw the world map through victory, or give themselves new challenges.

Even with the new countries released, the Soviet Union is still an enormous block that we will be looking to add even more cores to. There are the Soviet republics of Central Asia, of course, which will be a huge chunk of territory. These will be followed by some more Soviet republics that never became independent, but which a forceful peace treaty might find use for to guarantee global stability/overlordship.

There’s also some more work to be done in Asia, such as the division of India, and Papua New Guinea, which Australia currently clamps on to with fists of steel.

Then there’s Western North Africa, where the control of France and Spain is a little too secure. That brings us on to the subject of the rest of Africa, which has just an immense number of post-colonial states whose independence is tightly tied to the era.

From there, we’ll see where future updates take us!

Theoretical states are always interesting, and who knows, I’ve heard a rumor that Texas really wants to secede from the Union...

AI Update from @SteelVolt
This week I started out making sure that the AI is capable of canceling deployment lines when it badly needs the equipment in the field. Following up on that I am currently working on improving the AIs template upgrade and selection capabilities as well as fixing a bug or two in that system that popped up during development.

See you all next week!
Toggle signature
Reject reason to make the impossible possible!

This will make some people happy
Toggle signature
"Any pro could tell you that you don't kamikaze until the final round." Cal, Project Mercator
Reactions:

Why Belarus is not there?
Reactions:

New content is always nice but it would have also been nice to get a bit more info on AI and gameplay mechanics that need attention.
Toggle signature
Statement: Oil is now included in the production of tanks, planes and ships
Statement: If you're winning you don't need to replace many tanks planes or ships so you don't need much oil
Conclusion: Oil is for losers
Reactions:

This is great! I was hoping HoI IV would get more releasable countries, but didnt expect there'd be so many of them!

Interesting, but we most likely wouldn't see most of these nations as the blocs get so big, wars never end until one side has completely captured the entirely of the other side
Reactions:

Kardinal45 said:
Why Belarus is not there?
Click to expand...

Belarus will be one of the countries added in the future, don't you worry!
(It has to wait for some state changes to be made in the region, but it's coming.)
Toggle signature
I'll write you some stuff.

Is there any ETA for the patch ?
Reactions:

Kardinal45 said:
Why Belarus is not there?
Click to expand...

they are on our future list (which is pretty long). Fleshing out the game with more releasable nations is a long term goal. We plan to add more with big patches and expansions ongoing.
Toggle signature
Reject reason to make the impossible possible!

MrLevenstein said:
Is there any ETA for the patch ?
Click to expand...

I said 2-3 weeks last week. Probably looking at 1.5-2 at this point.
Toggle signature
Reject reason to make the impossible possible!

I'm glad these post-colinial and post-Soviet states are to become a thing. It will make breaking up the factions a lot more interesting. I hope to see more about the AI next week in regards to things like acquiring naval superiority in the Pacific for island hopping.

Also, can I suggest that the devs check out the No Man's Land modification on the Steam Workshop? It makes for much more realistic and exciting battles for both the AI and human player alike. https://steamcommunity.com/sharedfiles/filedetails/?id=699397350&searchtext=

podcat said:
they are on our future list (which is pretty long). Fleshing out the game with more releasable nations is a long term goal. We plan to add more with big patches and expansions ongoing.
Click to expand...

Is there also a plan to adjust peace mechanics so that we can release countries without having to fully defeat entire alliances? Seperate or partial peaces?

Not saying copy EU4 but maybe shift a little bit more that way. Perhaps you could keep the current peace mechanics for historical games but loosen the rules a bit for non-historical.

Otherwise most of these will remain relatively unseen.
Last edited: Aug 26, 2016
Toggle signature
Statement: Oil is now included in the production of tanks, planes and ships
Statement: If you're winning you don't need to replace many tanks planes or ships so you don't need much oil
Conclusion: Oil is for losers
Reactions:

oh boy oh boy! please podcat add Manchukuo back in and maybe some new puppet state actions? such as independance events or something!

i want to restore the qing dynasties glory for Aisin Giro Puyi!
Reactions:

@SteelVolt - any update on the Naval AI testing, from the changes reported last week? Without additional info, we'll have to assume our typical high expectations
Toggle signature
HOI4 Tools

I was SO looking forward to this to start playing HoI 4 again...
Last edited: Aug 26, 2016
Toggle signature
There blindly kings fierce wars maintain,
For palms of land, when here I hold
As mine, whose power no laws restrain,
Whate'er the seas infold.
Nor is there shore around whate'er,
Or banner proud, but of my might
Is taught the valorous proofs to bear,
And made to feel my right.
Reactions:

I appreciate the effort and new releasables are always good, but please don't forget that it can as well suck all enjoyment out of the game when messy peace conferences happen. If this ends with Japan puppeting Ukraine and grabbing tiny little spots all over the place while Italy takes Mongolia and Germany puppets a messy rest-soviet and alike, and you are stuck with this horrendous borders forever because you can't leave nor disband your faction, this won't do anything in making me play vanilla again.

Even in its current state the game is fine until the World War ends, after that you are stuck in an "interesting" outcome and can't even break with your former friends. That is the one big thing that prevents me from playing right now.
Last edited: Aug 26, 2016
Reactions: 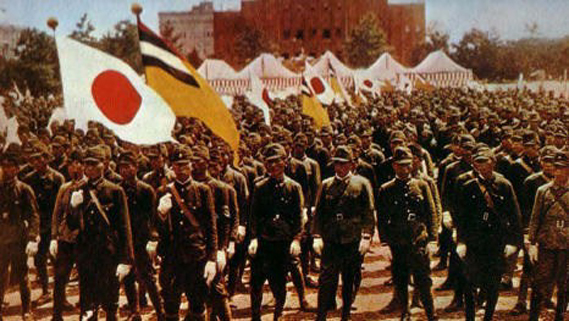 Manchuluo was Japans only major allied force that helped out in the second sino japanese war. needs to come back. especially since its proven that the AI is adequate to handle china with these puppet states
Reactions:

I already hated how commies were forced to start taking on colonies... So distasteful...